From Boston Calling 2019: Integrating Old and New with Tame Impala 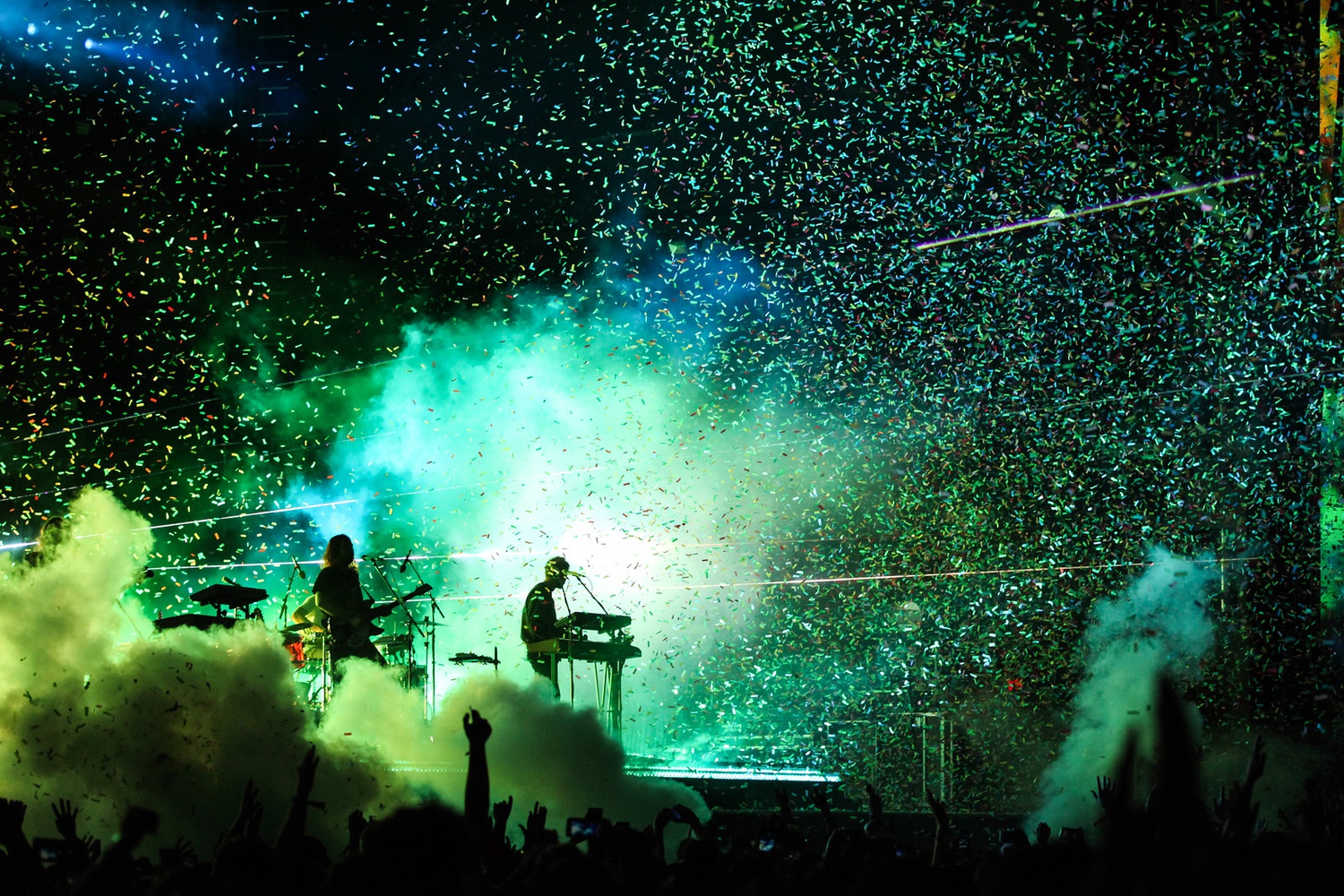 One night after Twenty One Pilots questioned whether or not they deserved to be headliners, Tame Impala left no doubt that they deserved their spot on the big stage. Through a mix of older hits and newer singles, the Kevin Parker-led outfit invited the crowd on an emotional journey through change, heartbreak, and acceptance. For Tame Impala, some things change other things remain consistent. At Boston Calling, Tame Impala’s slowly changing but still recognizable Saturday night set was nothing short of breathtaking.

Tame Impala played to a significantly larger crowd than Twenty One Pilots the night before, and the true barometer of their set was their ability to retain that crowd throughout the evening. Whereas a decent amount of the Twenty One Pilots crowd left before the end of their performance, Tame Impala’s crowd stayed relatively the same size and pushed ever further to the front. While the pit had less room to dance, they had more room to move as one — bobbing their heads and raising their fists when Parker’s beats called for it. Nowhere was this more evident than in the song “Elephant” off Tame Impala’s 2012 album “Lonerism.” A driving bass line and ferocious intensity from the band complemented the crowds shouts and cheers.

Although Twenty One Pilots had more spectacle in their performance — lead singer Tyler Joseph climbed a stage fixture and drummer Josh Dun battled against a pre-recorded version of himself — Tame Impala still left their mark through coordinated bursts of confetti and dazzling light shows. Confetti bombarded the crowd from multiple sides during a drop in set-opener, “Let It Happen.” The scanning lights during “Eventually” served as a ceiling on the audience, albeit one that the crowd’s energy threatened to break through. The band left the stage after the main set, entreating the crowd to an engrossing display of lights and bass on an empty stage as they cheered the band back on. The confetti that burst during closer “New Person, Same Old Mistakes” reinforced the message that while Tame Impala took a bit of time off, they are still the same energetic band.

The band was at its best during the long, sprawling outros on many of its popular songs. The aforementioned “Let It Happen” ran for almost 10 minutes. Both “Eventually” and the main set’s last song “Apocalypse Dreams” brought back the beat after the stage went dark, keeping the song going. Deeper cuts like “Why Won’t You Make Up Your Mind?” and “Love/Paranoia” showed Parker’s range and enriched the set’s variety. The Australian band also showed tongue-in-cheek self-awareness with their lack of knowledge surrounding Memorial Day. “Is that a thing?” quipped Parker. “I do know it’s Saturday night!”

New singles indicated that more is still to come from Tame Impala. While some fans may have purchased tickets hoping Parker would release his fourth Tame Impala album prior to the festival, the band took its time putting together new material. Parker jokes in “Patience” that he lost track of time after 2015’s “Currents.” Commenting on the audience’s intoxication, he also let slip that he was on painkillers after falling off a roof. When asked by a band member why he was on the roof in the first place, he casually said he was filming something. Whether he was filming a music video or the fall delayed recording plans is unclear. Still, while the Boston audience did not hear any new songs, that breadcrumb alone may help satiate Tame Impala fans moving forward. It will also comfort fans that both new singles — “Patience” and “Borderline” — were seamlessly incorporated into the set and incredibly well-received by the crowd.