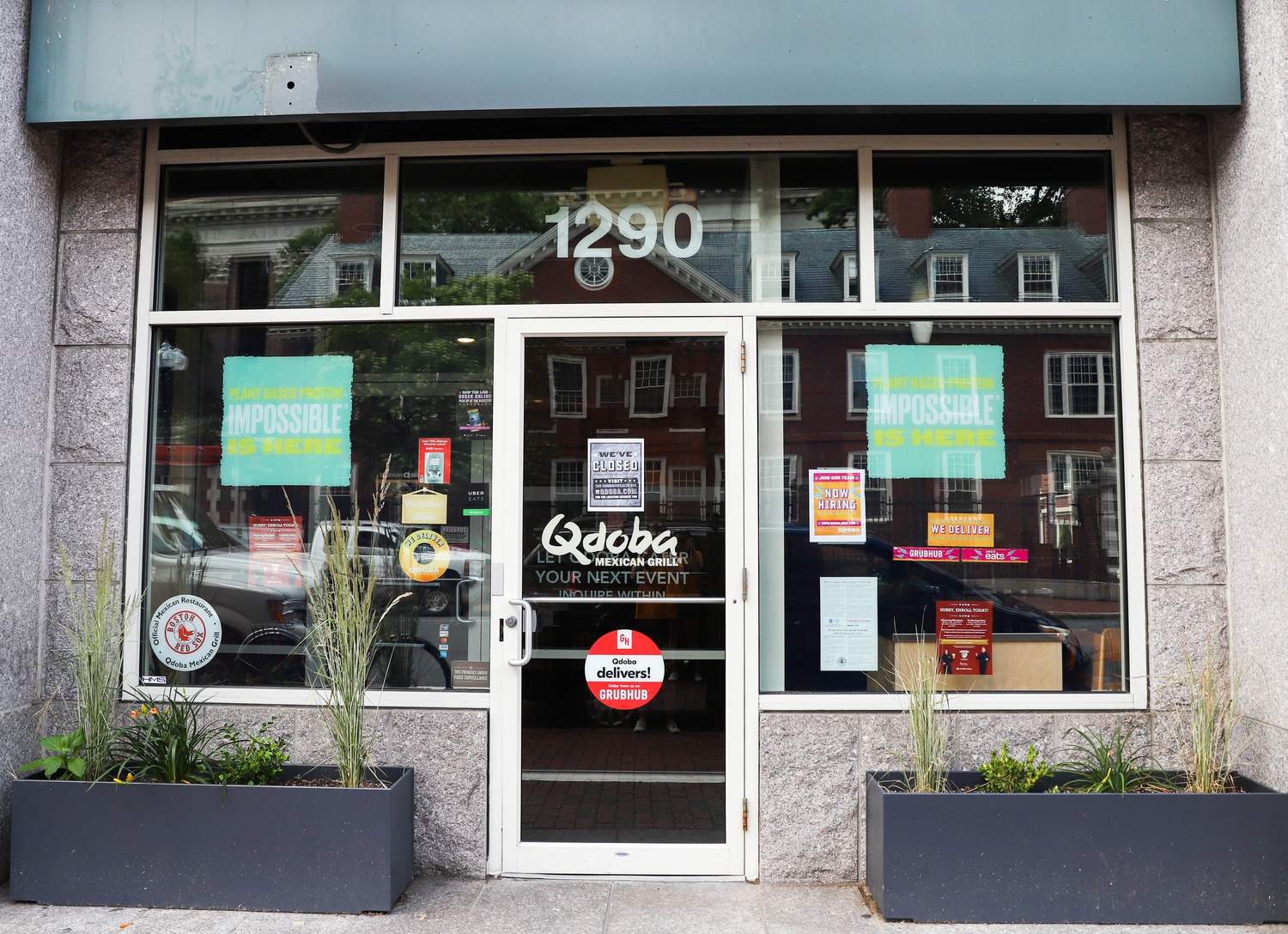 Qdoba Mexican Eats took its burritos out of Harvard Square last week when it closed its location on Massachusetts Avenue.

The national chain had been competing with Harvard Square’s other Mexican restaurants since 2007, but contractors took down the brand’s signage on its former 1280 Mass. Ave. location on Monday.

Denise A. Jillson, the head of the Harvard Square Business Association, said Monday that the “Qdoba corner” has not been “alive and active” in a long time. She said the chain faced competition from rival Mexican restaurants that affected its viability as a restaurant in the area.

“It doesn't surprise us that they're closing,” Jillson said. “People have found other places in the Square where they prefer the food, like the Border Cafe or El Jefe’s or Felipe’s.”

Qdoba is the latest in a wave of Harvard Square businesses to close their doors, following the closing of Starbucks in Harvard Square’s Garage, Au Bon Pain, and fellow Mexican chain eatery Chipotle earlier this year.

Qdoba announced it would open its Mass. Ave. corner location in November 2006 after waiting three years to serve its burritos in Harvard Square. In its early years, Qdoba hosted the popular Rice and Bean Pot Burrito Eating Contest, during which Harvard students competed against their peers at other Boston area schools to win a trip to a Mexican or Caribbean destination of their choice.

Christian D. Wood ’11 — a member of the winning team — said Tuesday that the group never ended up taking their trip, but he was still glad to trade in the weeklong vacation for “eternal glory” after training extensively at the restaurant.

Ryan K. Burke ’10, another member of the winning team, said Tuesday he had a “vivid flashback” to a crowd cheering loudly in the restaurant during the final round of the competition. Burke added that he thought Qdoba’s burritos distinguished themselves from the others in Harvard Square by their sizable width.

During the University’s historic dining hall workers’ strike in 2016, Qdoba was among the restaurants where students reported spending the money Harvard added to their Crimson Cash accounts, a payment system used to purchase food in on and off-campus establishments. Over the course of the strike, Harvard added a total of $75 to undergraduate Crimson Cash accounts to provide students with more flexible food options.

Since then, however, students said the restaurant’s popularity has waned.

Buddy K. Scott ’22, who said he "never even" went to Qdoba, said he believes the restaurant was not a “popular option” for food in Harvard Square.

Jennifer S. Zhu ’22 said she thinks other Mexican restaurants in the area offered “much better” food options than Qdoba.

Jillson said that though she does not know which business will move into Qdoba’s now vacant corner, she nevertheless looks forward to welcoming a new occupant to the square — one that will hopefully offer an “additive” experience for locals and visitors.

“With the closing of Qdoba, it’s difficult to admit, but I think the impact will actually be positive,” Jillson said.

Qdoba’s district manager Jose A. Arroyo declined to comment for this story.