A Week Out, Harvard Grad Students Divided Over Decision to End Strike 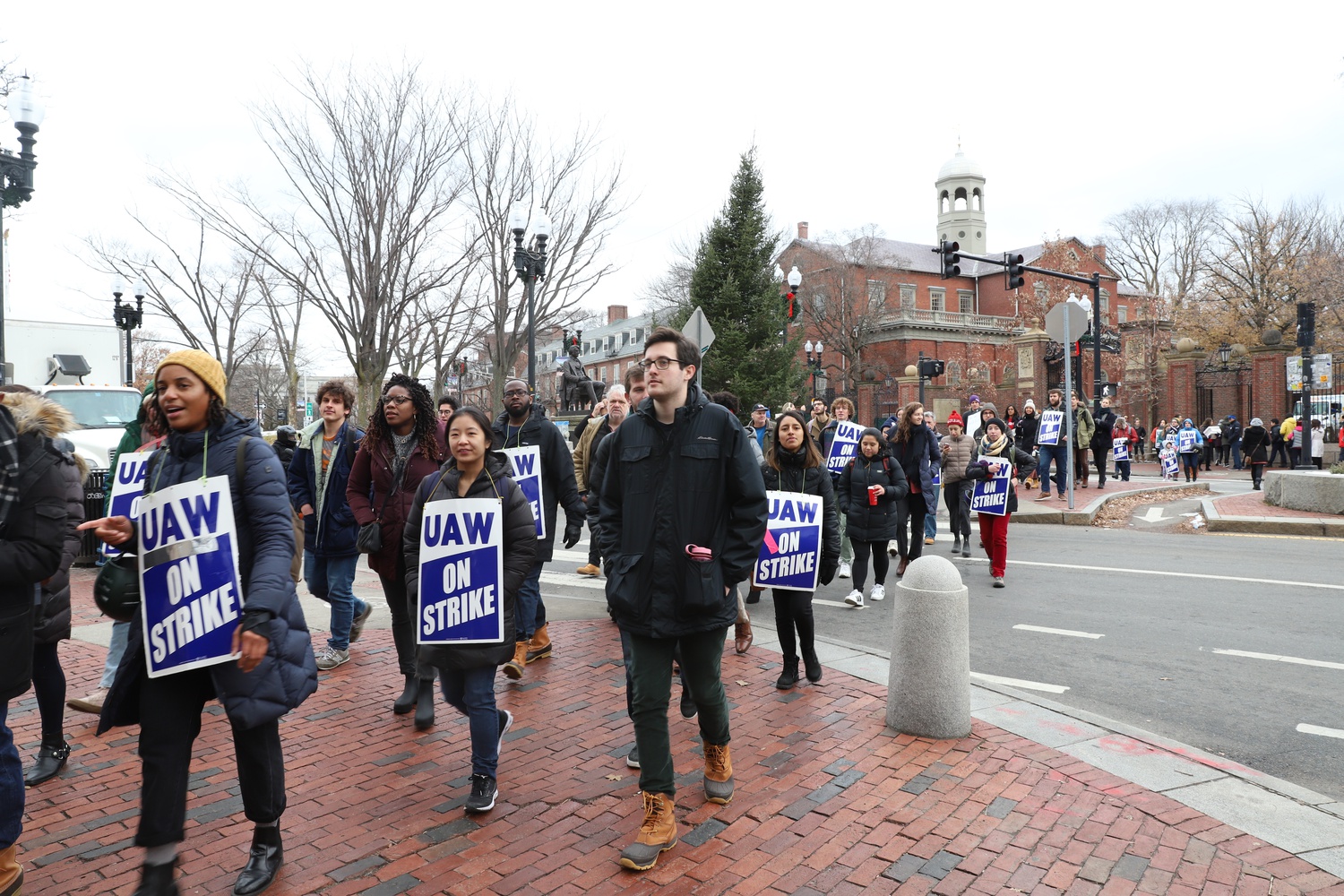 Nearly a week after ending their month-long strike, members of Harvard Graduate Students Union-United Automobile Workers said they are divided over the decision to return to work on Jan. 1. By Camille G. Caldera
By Camille G. Caldera, Crimson Staff Writer

Nearly a week after ending their month-long strike, members of Harvard Graduate Students Union-United Automobile Workers said they are divided over the decision to return to work on Jan. 1.

After four weeks of picketing and “virtual striking,” members of the bargaining committee announced their decision to end the strike Dec. 30.

Anthropology Ph.D. student Aparna Gopalan — who said she “picketed, flyered, provided testimonials, and was active online” throughout the strike — wrote in an email she was “surprised” by the bargaining committee’s decision to end the strike when they did.

“I felt like the momentum was on our side, so I was surprised at the decision to end to strike on Jan 1,” Gopalan wrote in an email. “I don't really understand what pressures led the Union to make this somewhat abrupt announcement, and I wonder if there could have been a more 'democratic' way to decide to suspend the strike such as a vote of some sort.”

Members of the bargaining committee did not respond to multiple requests for comment.

Gopalan wrote that, while she understood some potential reasons for bringing the strike to a close, it felt “jarring” to return to work without a contract.

“While I get some of the reasons for ending the strike on Jan 1, not the least the toll sustaining it would have taken on core organizers, I wish that we'd been able to anticipate that the strike would end up mainly serving to win mediation rather than an outright contract,” she wrote. “It's been a bit jarring to go from being on strike to not being on strike but without having won the contract we fought for.”

Others, like Linguistics Ph.D. student Ethan G. Wilcox, said they agreed with the bargaining committee’s decision to end the strike before the second semester begins.

“I think it was the right decision,” Wilcox wrote in an email. “Grad students in the linguistics department (where I work) were nervous about not getting paid come the new semester, and the administration showed a significant change in commitment by agreeing to 6 new portions of the contract as well as bringing in a federal mediator.”

Bronwyn A. Isaacs, who completed her Ph.D. in Anthropology this semester, said she thought the end of the strike was “good news.”

"The fact that the graduate workers had been able to negotiate small but real steps in terms of the administration coming around and saying that they'd be willing to work on creating a contract, that was a very meaningful gain,” Isaacs said.

“Nobody is ever particularly happy about the need to strike, and I believe that Harvard's move to work with a labor dispute mediator was one of the first clearly good faith efforts on their part to move forward,” Turner wrote. “I'm tentatively encouraged by this first step to getting back to the table.”

Even student workers jarred by the decision said they believe the strike had positive outcomes. Gopalan wrote that the month-long effort publicized graduate students’ work and brought them together across departments.

“The main gain from the strike seems to be a really strong sense of solidarity amongst graduate students and other workers, and better awareness all around about the anti-student worker way in which institutions like Harvard have been functioning,” Gopalan wrote. “Another really important gain has been to put the memo out there that graduate students are workers; this alone will make many of our lives easier as we navigate supervisors, departments, and students.”

Wilcox also wrote that the strike showed that graduate students identify as workers.

“We have class consciousness!” he wrote. “By striking we solidified that identity individually and collectively.”

Gopalan said she thinks that future labor actions on HGSU-UAW’s part may be necessary before the group reaches a satisfactory contract agreement.

“In general I don't see them breaking radically from their increasingly corporate mindset and becoming an employee-first kind of place, and that's ultimately what we are asking for,” Gopalan wrote. “Strikes are and should be seen as normal exercises of collective power, not aberrant events that we hope will never happen again.”

Others, like Turner, said they are less enthusiastic about the prospect of another strike.