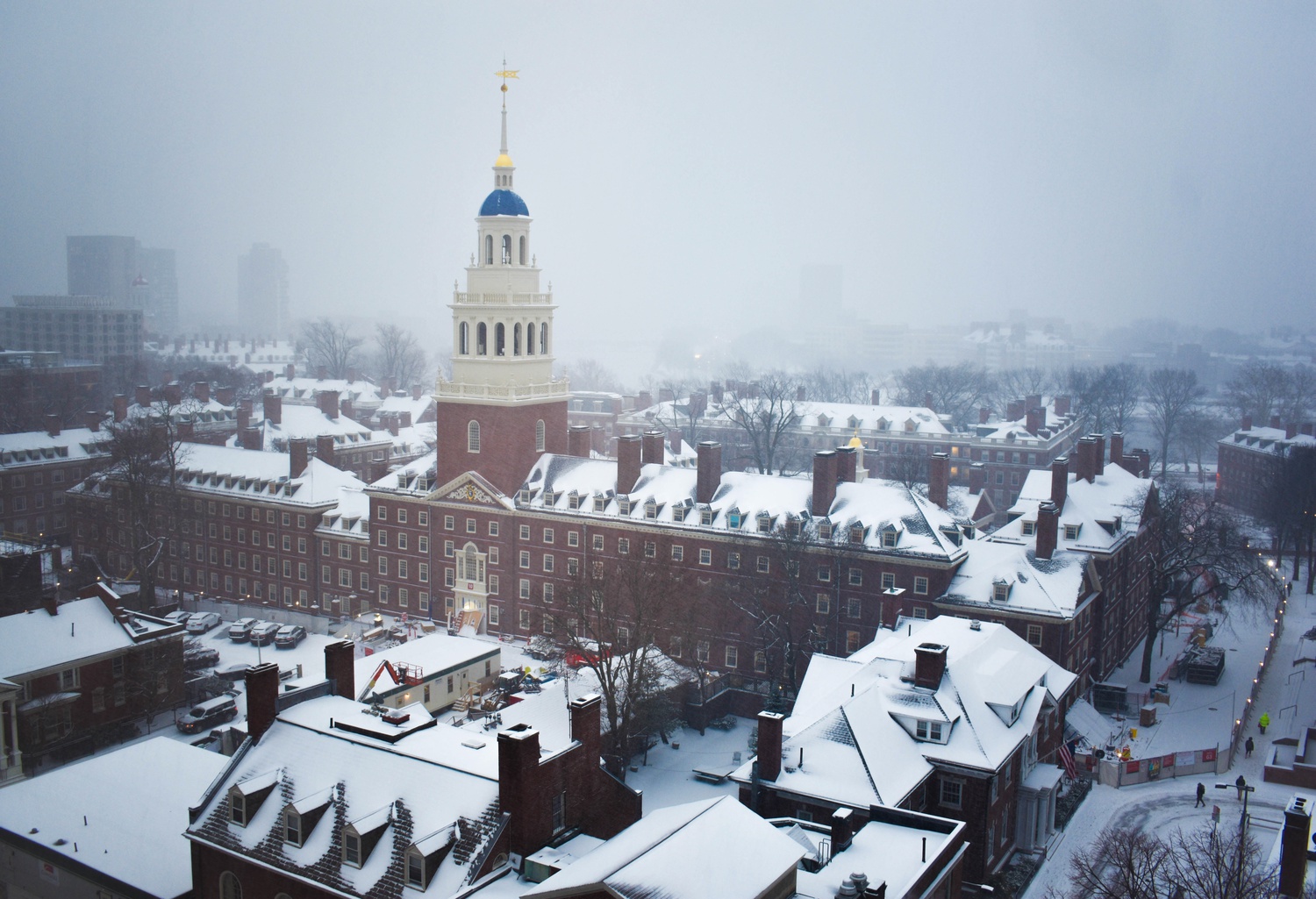 Students living in Harvard housing during winter recess, which officially began Monday, reported challenges adjusting to their temporary accommodations, such as moving dorms during a snowstorm.

The students remaining on campus — who include international students facing travel restrictions, students with health or safety concerns over travel, and students with challenging home environments — were notified of their winter break accommodations on Nov. 9 and moved into their new residences on Sunday.

Some students staying on campus over the break said they encountered difficulties moving into their assigned winter housing units.

“Move-in was definitely difficult with the snow and the cold,” Robert J. S. Malate ’21 said. “We were told that we had to basically clear out of our dorms and take all of our things to our new dorms, which definitely was much more difficult.”

Normally, students do not have to completely vacate their fall housing for winter break because they return to the same dorms in the spring. This year, the College could not guarantee students they would have the same housing assignment for both the fall and spring semester, according to Malate.

Ralph R. Estanboulie ’21 said some of the temporary housing assignments “did not seem very efficient.”

“A lot of people that are in River [East] like myself — I’m in Leverett House — got Fairfax or Hampden Hall, which is right next to the Yard. A lot of people that were already in Fairfax or Adams or close to the Yard got assigned DeWolfe,” Estanboulie said. “River [East] people could have easily gone to DeWolfe, it would have been an easy move. But for some reason they didn’t do that.”

David Y. Zhang ’23, who moved from Lowell House to DeWolfe, said he spent several days helping his friends living in Quad, which is nearly a mile from Harvard Yard, plan their moves to houses closer to the Charles River.

“I’m speaking with my mostly Quad friends who are still on campus and just talking about how they’ll be getting, like, I don’t know, 15 boxes from the Quad [to Dewolfe],” Zhang said. “I’m just thinking whether or not it’ll fit in one Uber, or whether or not it’ll be in two.”

“The whole process will, one, take money and, two, be really complicated,” he added.

Zhang said he and his friends were “very glad” when the College announced Friday it would provide a moving truck to help students living in the Quad move their belongings to dorms near Harvard Square.

Michael Y. Cheng ’22 said he was “lucky” he only had to move roughly two blocks from Quincy House to Hampden Hall, which is located atop the Harvard Book Store on Massachusetts Avenue.

“I ended up just moving my packages between Quincy and Hampden Hall, using a suitcase I had, and I just put bags of my stuff in the suitcase and shuttled back and forth,” Cheng said. “I was lucky in that I didn’t have to move that far.”

Though he said he was “pleasantly surprised” with the size of his room, Cheng said it did not have heating.

“When I woke up this morning, it was below 50 degrees, which is super cold,” he said. “I’m sure they’re gonna fix it, but it was a bit surprising.”

House administrators from Cabot House and Adams House did not immediately respond to a request for comment.

Other students reported problems with Crimson Cash, a payment account attached to students’ ID cards that they can use to make purchases at certain on and off-campus establishments. The College offered students living on campus over the break a $30 per day Crimson Cash stipend for expenses.

“Me and my group of friends, we went to different locations that said they do accept Crimson Cash,” Malate said. “But every time we went there, it said ‘Oh, the machine’s broken,’ or ‘We currently don’t accept,’ or something like that, and that’s been very frustrating to be honest.”

Cheng said he was “very grateful” for the daily stipend. Still, he said he would prefer to eat food from one of Harvard’s dining halls, all of which are closed during winter recess.

“I do wish that they kept a dining hall open,” he said. “Personally I’m going to try to save as much of the Crimson Cash as I can because I’m also gonna have to pay for laundry and printing whenever they reopen the printers, and I know there are other students who are trying to save that $900 as well.”

One student, Andrew Y.J. Kim ’22, said he went without lunch Sunday because Crimson Cash did not work at the vendors he called.

“I was hoping to get lunch today, but so far I haven’t been able to eat a meal today because the places I’ve called do not accept Crimson Cash,” Kim said.

College spokesperson Rachael Dane wrote in an emailed statement that “due to the fluidity of students’ plans, winter housing logistics were very complex.” Dane also wrote that Campus Services communicated with vendors to ensure that Crimson Cash was working properly, and that students with concerns about heating should inform the appropriate contact on the Dean of Students Office website.

Even with those challenges, some students said they are excited to spend winter break on campus, including the possibility of College-sponsored programming and socializing with friends.

“I don't know whether they are online or whether they’re socially distanced outside or something, but they did send us a survey to ask what we’d like to see for programming,” Yoseph D. Boku ’21 said.

Other students expressed gratitude to the College for extending housing to students in between semesters of a challenging year.

“Generally I think I’m grateful, and I think I speak for other, especially international students, when I say it’s really generous for Harvard to have people over winter break, especially even during this pandemic,” Kim said.

A previous version of this article incorrectly stated Andrew C. Kim '23 went without lunch due to problems with Crimson Cash and expressed gratitude to the College for extending winter break housing to students. In fact, Andrew Y.J. Kim '22 made those statements.