Datamatch Shares the Love with 26 Schools 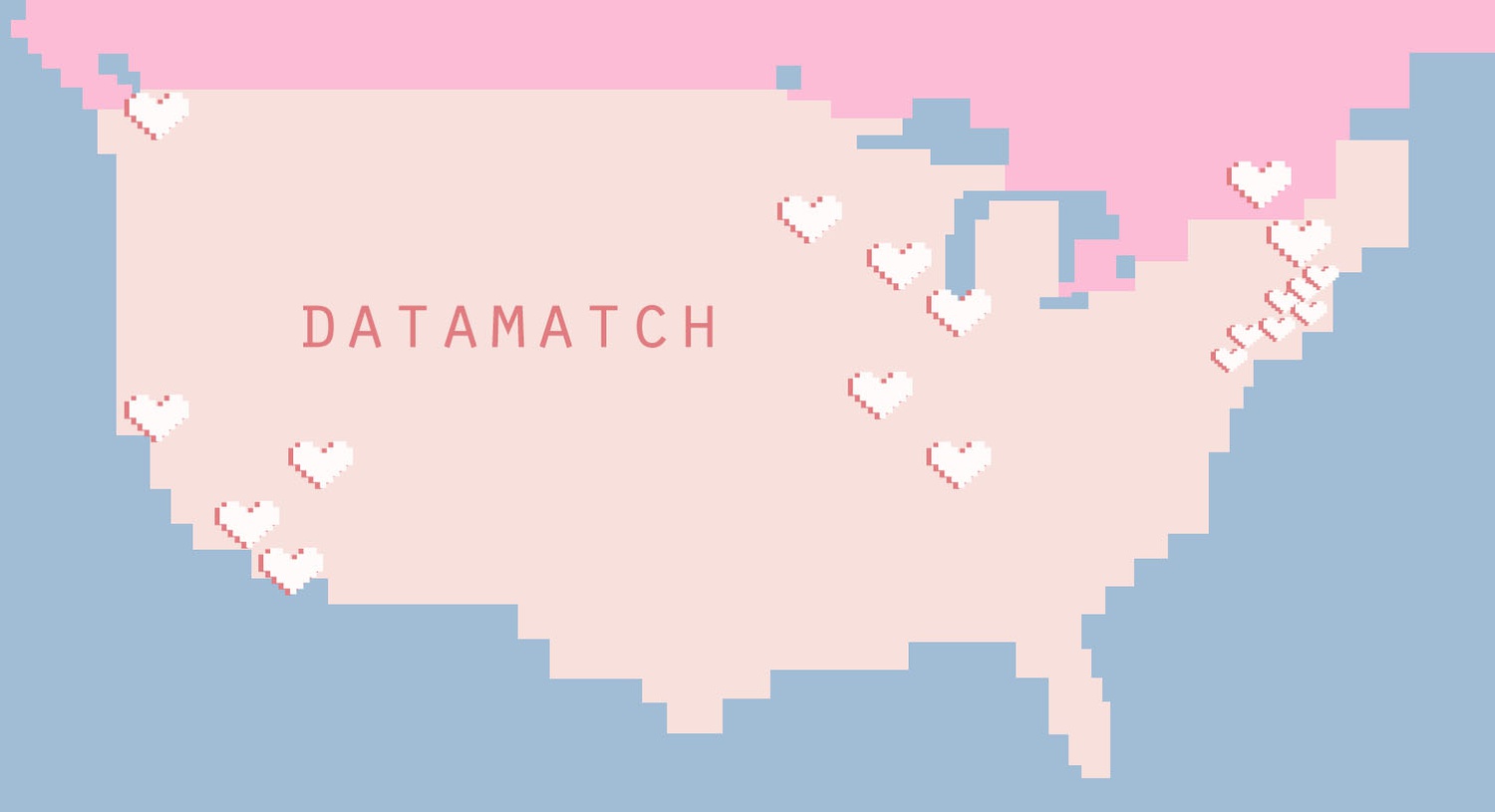 Datamatch — a free matchmaking service run by Harvard students — doubled in size this year, and is scheduled to open at 12:01 a.m. on Friday morning at colleges across the United States and Canada.

Datamatch participants answer an online survey, and a “top secret” algorithm provides them with matches on the morning of Valentine’s Day. Unique to Harvard’s Datamatch is an option for paired students to get free food from a local restaurant. This year, several restaurants in Harvard Square — including BerryLine, Black Sheep Bagel, Amorino, and the recently opened Kung Fu Tea — have partnered with Datamatch to offer free food to paired students.

The matchmaking service was started by Harvard students in 1994 and — except for a pause in 1997 — has served Harvard students every year since then. In 2018, Datamatch expanded to three additional schools, and in 2019, Datamatch became available at 13 schools. This year, the service will be offered at 26 schools — and make its international debut at McGill University.

According to Theodore T. Liu ’20, one of the presidents — or “Supreme Cupids” — of Datamatch, other schools assemble their own small Datamatch teams so they can tailor the survey toward their colleges.

“We usually have around two to five people at each school that’s helping out both with writing questions that are kind of specific to the school and the inside jokes — they know the culture of the school — as well as kind of being that publicity person over there,” Liu, a former Crimson Technology chair, said.

Madison I. Richmond, a sophomore at New York University, said in an interview that she saw Datamatch on a friend’s social media, and discovered — a mere four days before this year’s launch — that NYU was not one of the schools that offered the matching survey.

“I went on the website, and I found the emails, and I just kind of typed in all caps: WE WANT DATAMATCH AT NYU,” Richmond said.

In just three days, she and one other student put together NYU-specific survey questions just in time for this year’s launch.

“For me it was really about the fun of it, kind of the jokes, the buzz, bringing something new,” Richmond said. “I think it's really awesome the way that technology can connect people on our campus, especially because NYU is so big and it doesn't really have a campus.”

Though NYU only joined Datamatch a few days ago, Liu and the other “Supreme Cupid,” Ryan Y. Lee ’20, said that the Harvard team has been meeting since October.

“It's always a full school year process. Even in September we're already trying to form teams and get the word out about Datamatch,” Lee said.

The five Datamatch teams — web, algorithm, design, stats, and business — each focus on a different component of the project. On Valentine’s Day, when Datamatch participants are given their results, this year’s Cupids conclude months of work on the project — which saw its biggest expansion to date.

“Across other schools, we do want to provide that same excitement and joy that we've been able to capture here for the past 25 plus years,” Lee said. “Just kind of get them in on the fun.”