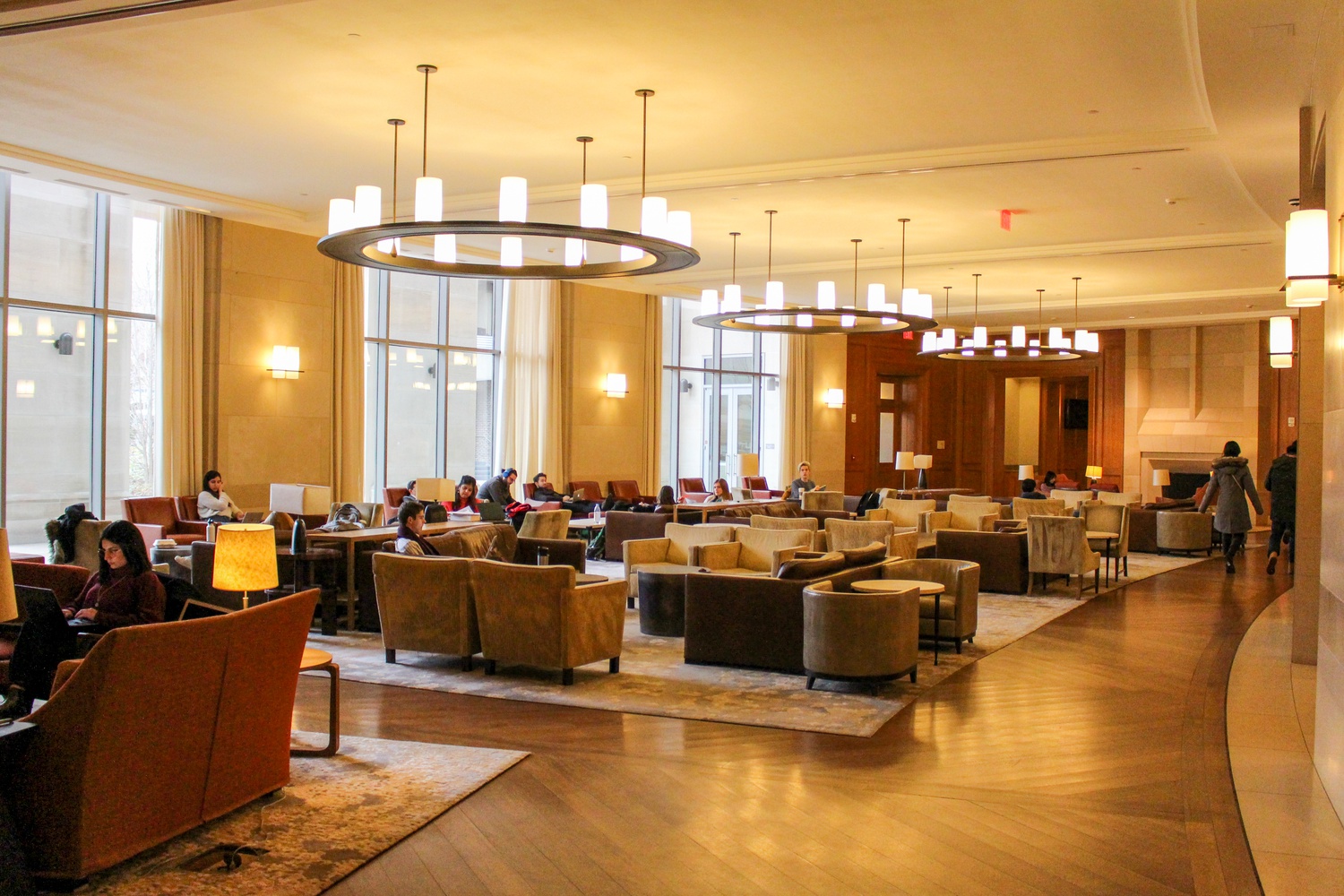 As classes shift due to the coronavirus pandemic, Harvard Law School will change its grading system to credit-fail for all courses. By Ryan N. Gajarawala
By Kelsey J. Griffin, Crimson Staff Writer

Harvard Law School will adopt a mandatory credit-fail grading policy for the Spring 2020 semester in response to the ongoing coronavirus pandemic, administrators announced in a Friday email to students.

The email comes as an update to an initial policy change the Law School made on March 16, establishing an optional credit-no credit policy under which students could choose whether to continue with letter grades.

The grading changes in turn followed a March 10 announcement from University President Lawrence S. Bacow that Harvard would move to remote learning for the remainder of the term. In a follow-up email sent the same day, Law School administrators wrote that Law School students living in on-campus housing would be required to vacate campus by March 22.

More than 100 third-year students signed a letter to the administration on Wednesday asking the Law School to discontinue the opt-in policy in favor of mandatory credit-fail. Additionally, the First Class Law Students Association and dozens of other student organizations, such as the Affinity Group Coalition, sent a second letter on Thursday arguing the opt-in policy would discredit the transcripts of disadvantaged students, whose living situations would make it difficult to take classes remotely and force them to choose the credit-fail option.

The Law School acknowledged these letters in its email, but also wrote that other students provided input in favor of the opt-in system.

“We are grateful to the many among you who wrote to us advocating thoughtfully for both the opt-in and mandatory CR/F approaches, among others, and acknowledging the difficulty of the decision our School faces,” the email reads. “If the equities and the concerns you expressed clearly favored one approach, our task would be easier.”

The email explained that the Law School decided to switch to a mandatory credit-fail system because of the unpredictable nature of the coronavirus pandemic, as well as concerns over unexpected challenges to students.

“It has become more apparent by the day how deep, wide, and longstanding the effects of the COVID-19 pandemic might be,” it reads. “Thus, while we all hope for the best, we thought it important to give you the space and flexibility to meet the unknowable challenges that lie ahead – difficulties in securing child care, the risk to friends and family of illness or economic dislocation, and many things we cannot today foresee.”

The Law School also wrote that its decision aims to alleviate pressure on students who were trying to decide by the April 17 deadline whether or not their new living situations would allow them to succeed academically with a letter grading system.

“At this moment, when you have so much to cope with and deal with, we thought it important for you to be devoting your mental and emotional energy to something other than worrying about whether to opt into CR/F for the semester,” the email reads.

The Law School email noted that some students might oppose the mandatory credit-fail policy, since it does not offer the chance to demonstrate improvement over previous grades.

Law School student Juan A. Espinoza — who helped write the Thursday letter to the administration — wrote in an emailed statement that he applauds the Law School’s decision but recognizes the change may disadvantage some students.

“We are pleased that students will not have to worry about competing for letter grades this semester and that they will not have to carry the stress of deciding whether or not to ‘opt in’ atop all of the other issues that so many are struggling with right now,” he wrote. “Still, we're sorry for how this policy might harm those among us who were really counting on academic successes this semester, and we plan to keep pushing the administration to articulate concrete supports for these students.”

In response to that criticism of mandatory pass-fail, some undergraduates have proposed instituting an alternative “Double A” system at the College, under which professors must grant students either an A or an A-minus for this semester. Faculty of Arts and Sciences Registrar Michael P. Burke announced on March 12 that the College has extended its deadline to change courses’ status to pass-fail to April 13.

The Law School stated in its email that it would work to reduce any detrimental effects of the credit-fail approach, including challenges finding employment or developing relationships with professors.

“We are considering additional summer research assistant opportunities to help 1L students work with and get to know more faculty, and exploring whether it is feasible to move the law firm hiring process to later in the academic year,” the email reads. “We will also do all we can to support our LL.M. students on the job market.”

The Law School assured students it would provide more information on questions related to the grading policy change soon, urging them to take care of themselves and one another throughout the evolving situation the coronavirus outbreak poses.

“We will see you next week on Zoom, and look forward to seeing you all again in person when we can,” it concluded.