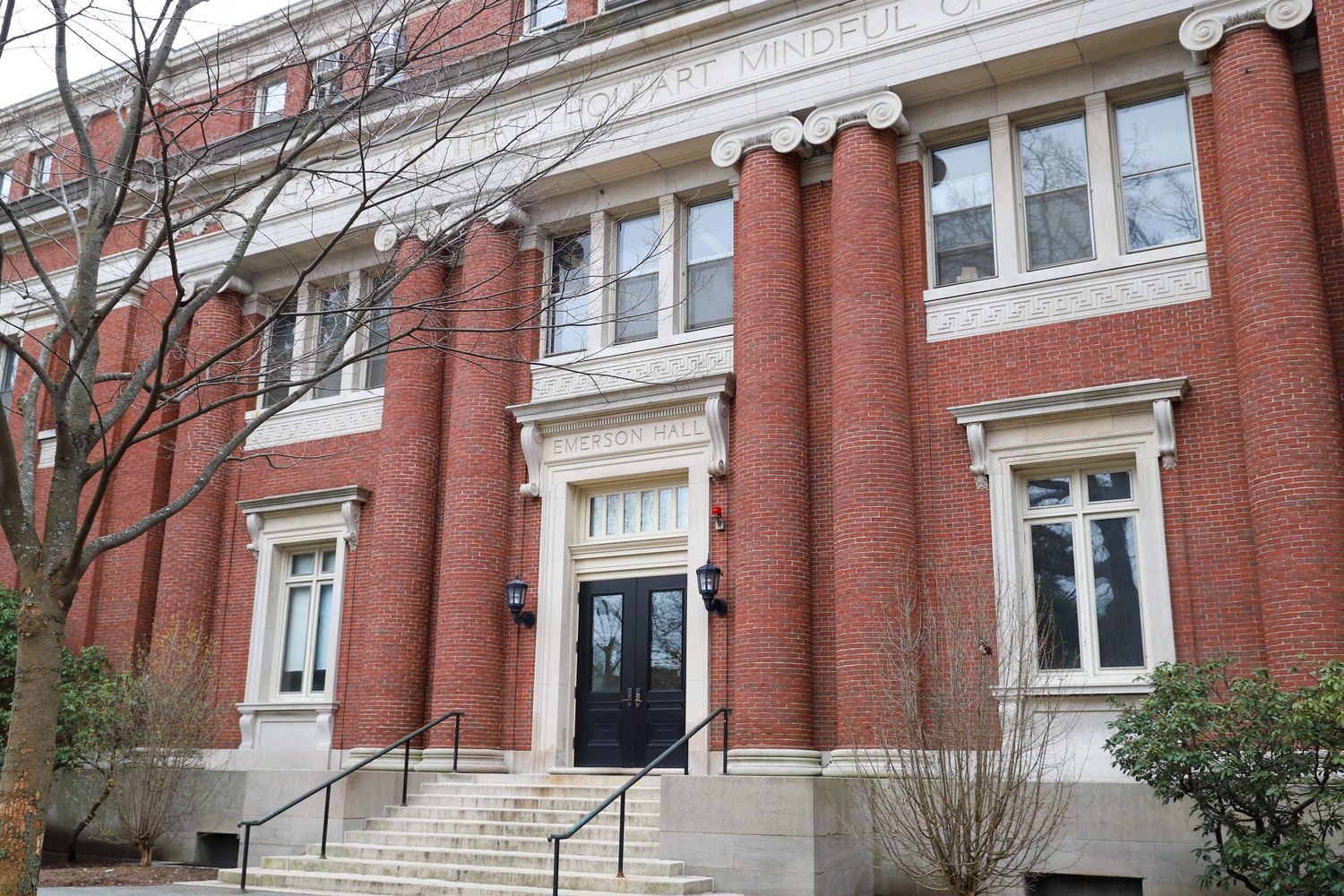 While the coronavirus pandemic has uprooted the lives of faculty working on campus this year — forcing them to switch to remote teaching and research — it has also disrupted the work of many faculty currently on leave. By Ryan N. Gajarawala
By James S. Bikales and Kevin R. Chen, Crimson Staff Writers

While the novel coronavirus pandemic has uprooted the lives of many faculty working on campus this year — forcing them to switch to remote teaching and ramp down laboratory research — it has also disrupted the work of many faculty currently on leave.

A few said they have stayed relatively insulated from the turmoil, but many acknowledged the virus has significantly altered expectations for what they could accomplish during a year off from teaching.

For faculty previously planning to conduct research abroad, the pandemic has thrown a wrench into plans.

Arunabh Ghosh, an associate professor in the History department, wrote in an email that he was originally planning to spend his sabbatical year collecting archival and library materials in China for his research, but it is no longer possible to do so. He spent the fall as a visiting fellow at NYU Shanghai, but has not been able to return to China this semester, as his previous plans — including two months as a visiting fellow at Fudan University in China — have been canceled due to the pandemic.

“Under the circumstances, I have taken to going through the materials I did collect in the fall, and doing as much secondary reading related to my projects as possible,” he wrote. “The hope is that after I take stock, I’ll be able to start work on a chapter or two of the new book.”

Ghosh added that he has still been able to help some graduate students prepare for their upcoming qualifying exams over Skype.

History professor Sugata Bose wrote in an email that the pandemic disrupted his plans to research and write an upcoming book in Asia over the summer. He is instead working at home with the research he had already conducted, and proofreading some other projects.

“I am gathering together the research notes I already have to make some progress with writing chapters of the book,” Bose wrote. “I have never missed my Widener study more, now that I have to stay away from it.”

Some professors who rely on source materials in the United States have also faced barriers to continuing their research, on top of the psychological toll they are weathering amid the crisis.

English professor Deidre S. Lynch wrote in an email that she traveled to Canada to be with her elderly parents, leaving behind many of the print resources she has at home.

“I could fit only one box of books into the car,” Lynch wrote. “Ever since I have been feeling a little frustrated by the limits of my library.”

Art, Film, and Visual Studies associate professor Laura A. Frahm — a Scholar in Residence at the Getty Research Institute in Los Angeles this academic year — said that she no longer has access to the archival sources for which the Institute is well-known.

Frahm said that the book she is writing will probably be delayed, as she likely cannot continue her research at the Getty Institute until summer 2021. She added that this delay could prove “troubling" given her status as a tenure-track faculty member at Harvard. The one-year extension on the tenure review clock that Harvard has offered to her and others, though, will be “incredibly helpful,” she said.

English lecturer Laura van den Berg said that while she does not rely on physical materials to continue working on the novel she is composing, the pandemic has made it difficult to find the “mental space and clarity” to write.

Van den Berg added that she has “no doubt” the pandemic will shape her novel — which is set in the world of women’s amateur boxing — even in an “abstract way.”

“I think it would be very difficult for the pandemic to not leave its mark on whatever I’m working on right now,” she said.

Such challenges have not been impacted all research unifornmly uniform across all faculty, however — others on leave said they are grateful their work has not faced significant setbacks so far.

AFVS senior lecturer Ruth S. Lingford — an animator — said she is currently staying with family in London and finishing up a film she has been working on for a few years.

“All I’m doing now is the donkey work, frame-by-frame drawing — which normally would probably drive me crazy, but actually, it’s exactly what you need for this time because it’s kind of purposeful, but you don’t need an awful lot of thought,” Lingford said.

However, Lingford said she is concerned about her ability to return to work at Harvard in the fall. She was expecting to return on an H-1B visa, which allows foreign citizens to work in “specialty occupations," but United States Citizen and Immigration Services has temporarily suspended its expedited processing service for many visas due to coronavirus spread.

History professor Daniel L. Smail also said he has been able to continue his work largely uninterrupted as he continues the “write-up phase” of his book — though he acknowledged this was a luxury.

“What this means is that although there are books and other print resources which I can’t consult at the moment, the writing itself is largely unaffected,” he said.

“But that’s just because my children have grown up and left the house,” Smail added. “Friends and colleagues on leave with younger children are losing everything because of the need to do homeschooling and generally to look after their children.”

Smail added that many of his colleagues at other universities have been “scrambling” to put together online course materials, as their institutions may have limited online library resources. In an effort to help some of them, he put together a translation of a primary source about the Black Death and posted it online with an accompanying lesson plan.

History professor James T. Kloppenberg wrote in an email that he is grateful he can largely continue his research — which focuses on American and European political thought — using materials he already owns, as well as online sources.

“Compared with the many scholars who depend on their laboratories or on archives — for whom I have great sympathy — I have been able to keep doing my own work without too much trouble,” he wrote. “I realize that I am very lucky to be one of a tiny minority of faculty members able to continue my research and writing with so little disruption.”