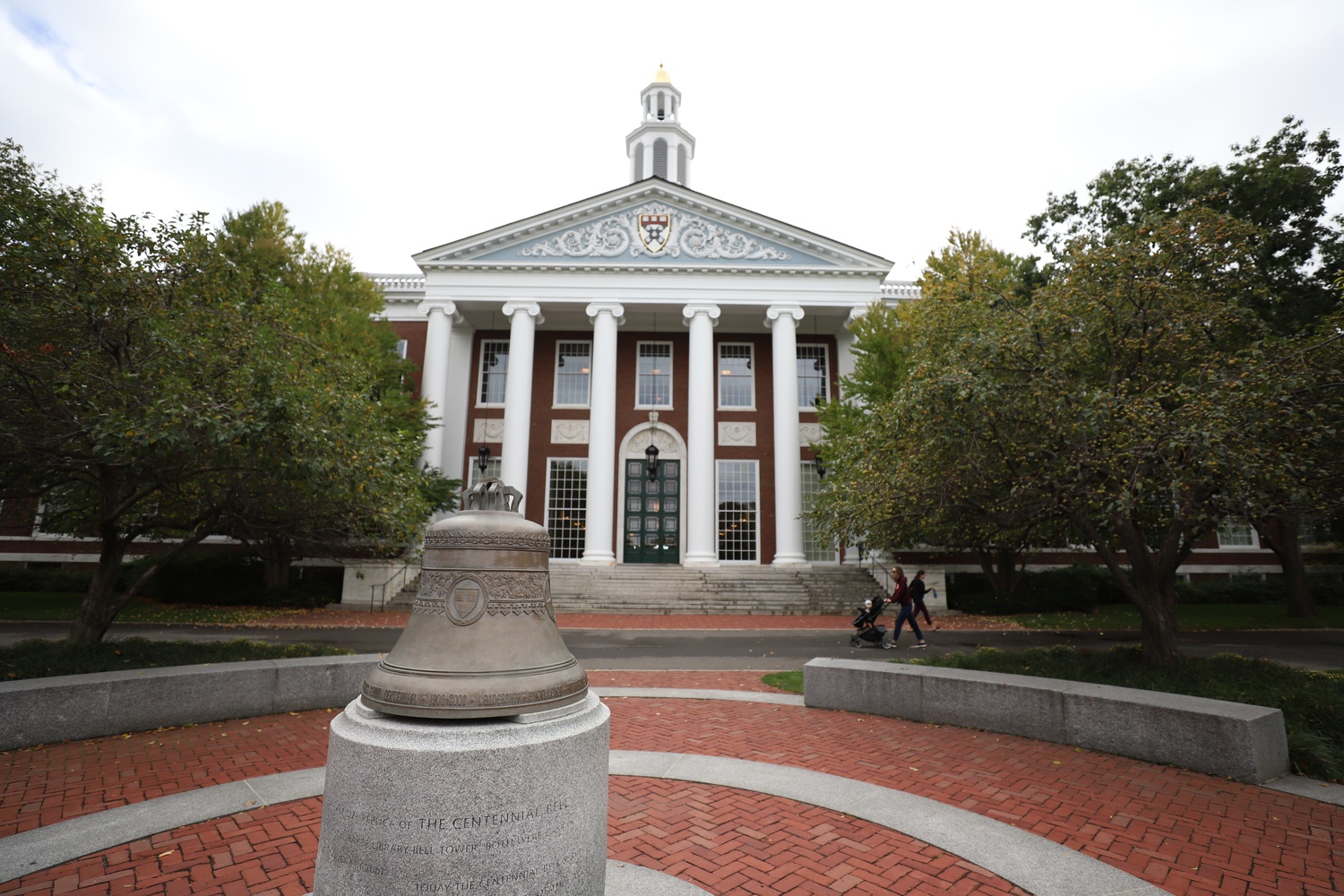 Following a history of diversity issues in its curriculum and in its classrooms, Harvard Business School launched an Action Plan for Racial Equity on Wednesday. By Kathryn S. Kuhar
By Ellen M. Burstein, Crimson Staff Writer

Harvard Business School, following a history of diversity issues in its curriculum and in its classrooms, launched an “Action Plan for Racial Equity” on Wednesday.

Harvard Business School Dean Nitin Nohria announced the initiative in a letter to school affiliates. Nohria cited recent national demonstrations against systemic racism as a motivation for the “action plan.”

“This moment has made urgently clear that the School must redouble its commitment to combat racism—and anti-Black racism in particular—to create meaningful and enduring change that will enable every member of our community to thrive,” Nohria wrote. “Our Action Plan for Racial Equity reflects our highest aspirations for the School and the role it can play in business and society.”

Students and alumni have criticized the Business School for its lack of racial diversity and representation in curriculum in recent years. As of Fall 2018, only 5 percent of students were Black — a number that had remained stagnant since 2008. In addition, only four percent of the cases read by Business School first-years feature a Black protagonist.

In June, Steven Rogers — an alumnus of the Business School and a senior lecturer from 2012 to 2019 — accused the school of “systemic anti-Black practices” that bar faculty and students from advancing in their positions.

The group began meeting in early July and established a plan targeting seven areas for racial equity, establishing working groups for each area. Each group was asked to plan two or three initiatives related to their area. The working group’s efforts ultimately culminated in the seven-step plan.

The first step is an “unambiguous rejection of racism, and anti-Black racism in particular,” and a “vision” of the Business School as an anti-racist institution. The Business School also plans to hire a Chief Diversity, Equity, and Inclusion Officer to act as a senior administrator.

One initiative will focus on preparing students to act as “leaders for racial equity.” In addition, one will center on partnering with businesses in efforts for racial equity to improve commercial practices and create a more diverse workplace.

Every initiative has been assigned to a senior staff member, responsible for coordinating work and defining a timeline for implementation.

Nohria has committed $25 million to the plan over the next ten years. Over time, HBS plans to solicit donations for the initiative.