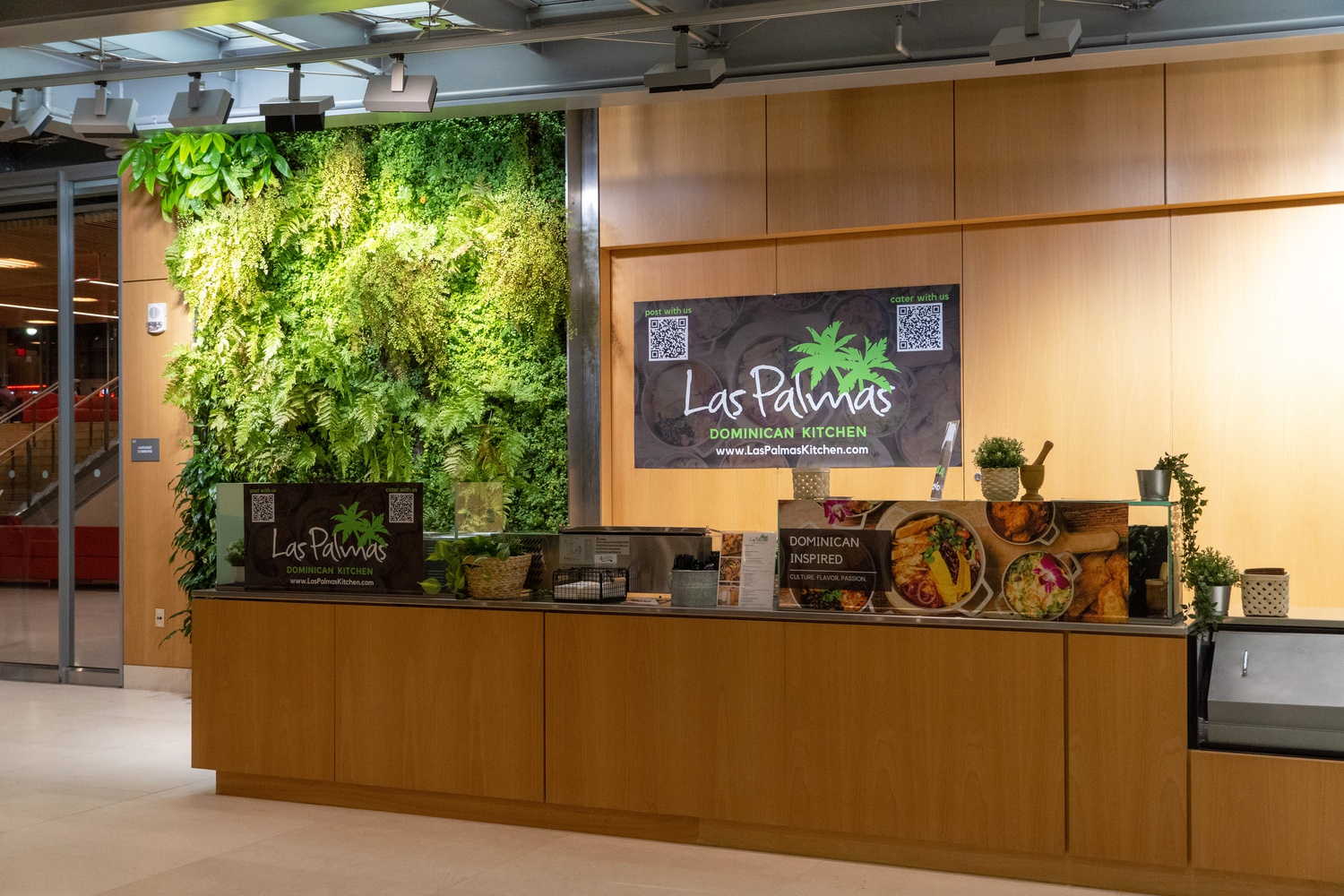 Its menu includes a variety of empanadas, customizable rice bowls, and tropical juices, as well as Dominican desserts like tres leches cake and caramel flan.

The restaurant takes up the space previously occupied by European-inspired bakery chain Swissbäkers, which abruptly closed in December 2019.

Harvard students can receive a 10% discount on their order with their student ID.

Seila said she and her husband are passionate about bringing authentic Dominican food to the Square.

“When this project came about, I thought it was a great idea, so people can know our culture, where we come from, and taste different flavors,” she said.

The restaurant gave out free empanadas to the first 100 people who stopped by the new location in a promotional event on Nov. 3.

According to its website, Las Palmas is committed to combating food insecurity. Since the beginning of the Covid-19 pandemic, it has served thousands of individually packaged meals to hundreds of families in Boston.

Janet Hernandez ’24 said the Caribbean cuisine on the store’s menu is a welcome alternative to the offerings of existing Latin American restaurants in the area.

“I know that a lot of other first-gen, Latino students are really glad that finally there’s an option other than El Jefe’s and Felipe’s, which is traditionally Mexican food, especially those coming from a Caribbean background, like myself,” she said.

“Cuban food is very similar to Dominican food, so I thought it was a great idea that they opened it up,” she added.

Hernandez said she has visited the restaurant twice since its opening.

“The price is pretty affordable for how much food they give you,” she said. “It’s comforting to hear staff speaking Spanish also.”

Hernandez added that she has struggled to find Caribbean restaurants in Boston.

“Food is a way to connect back with your culture, especially being in a place like Cambridge, where there’s a lot of Mexican representation in terms of cuisine, but it’s been really difficult to find homey Cuban or Caribbean places, just in general around Boston,” she said. “I’m really happy that [Las Palmas] has become an option.”