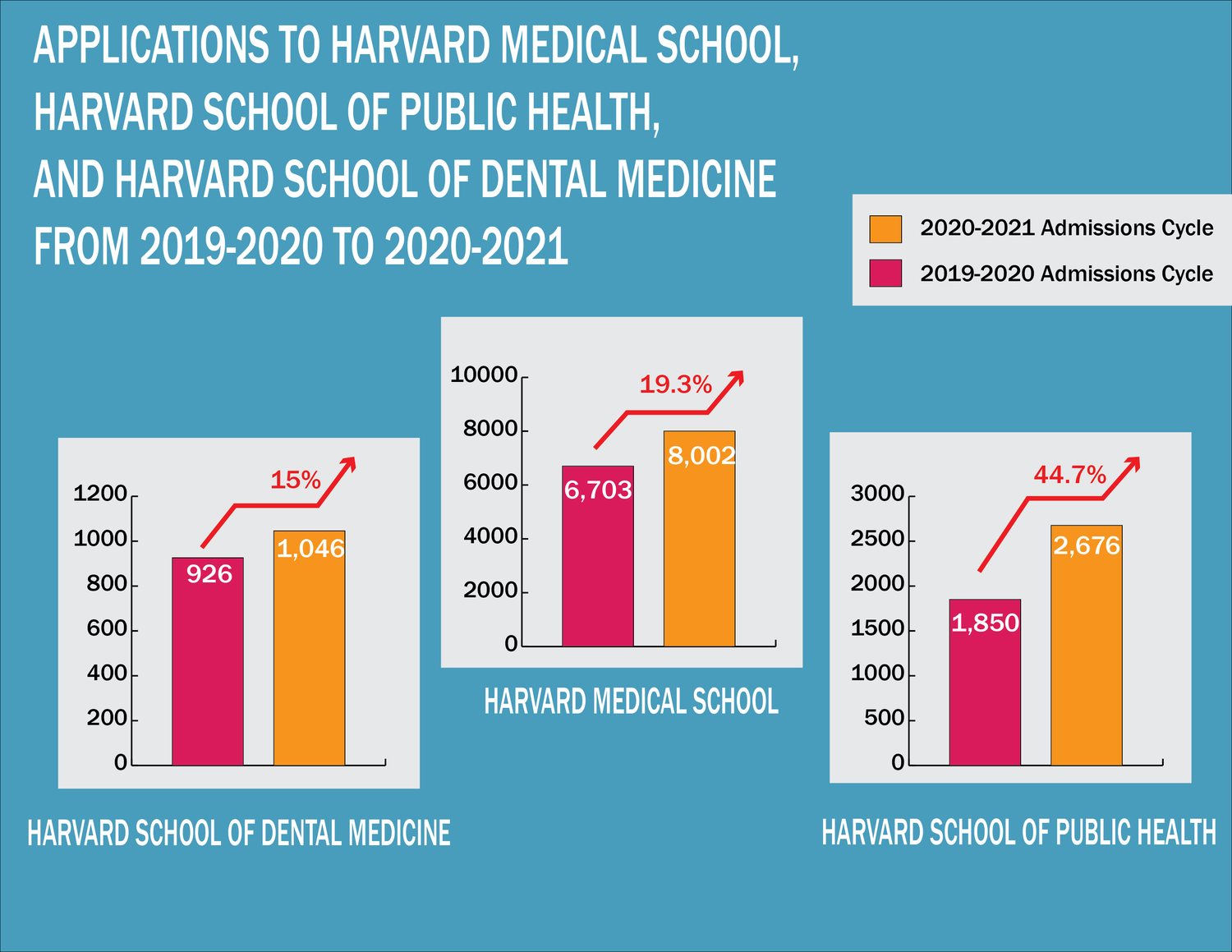 The surge in applicants to Harvard aligns with national trends in medical school admissions. The Association of American Medical Colleges reported an 18 percent increase in medical school applications this year compared to the previous year.

In contrast to this year, the number of completed applications to the Medical School has been “stable” for the past five years, according to HMS admissions dean Robert J. Mayer.

Mayer said he believes the increase in HMS applications “has something to do with the pandemic,” though he added that it is “premature” to conclude that Covid-19 influenced people’s desire to enter medicine.

“There are some who say this reflects the desire of a lot of young people because of Covid to enter medicine, which I hope will turn out to be true,” Mayer said. “But I think it’s very premature to base that on this increase because people who weren’t planning to go to medical school and decide they want to need a year or two to take premedical courses and prepare for it."

The cancellation of jobs, fellowships, and research opportunities due to the pandemic may also explain why HMS experienced an influx in applications, per Mayer. College graduates who had originally planned to take time off between college and medical school to pursue non-academic opportunities may have instead decided to immediately apply to medical school, Mayer suggested.

According to Troy-Petrakos, the HSDM Admissions Office was “as flexible and understanding as possible” of applicants who had their Dental Admission Tests delayed, were unable to shadow in person, or had difficulty obtaining letters of recommendation.

HSDM addressed those issues by extending its application deadline, accepting pass-fail grades for prerequisite classes, waiving letters of recommendation if they were unobtainable, and accepting unofficial standardized test scores until official reports could be submitted.

HMS Admissions also attempted to accommodate prospective students whose applications were affected by the pandemic, according to Mayer.

HMS offered more flexible interview times for those in different time zones, accommodated students whose schools transitioned to pass-fail grading systems due to the pandemic, interviewed students before they had their MCAT scores, and extended the application deadline.

Mayer said he hopes the global health crisis will inspire more students to consider medicine as a career path.

“Medicine has never been a more attractive exciting and timely profession, and I think the experience with Covid — in terms of humanism, in terms of science, in terms of pointing out what works in our society and what doesn't work in our society — has been eye opening for many,” Mayer said. “I hope that people will continue to apply and choose medicine as a career path.”