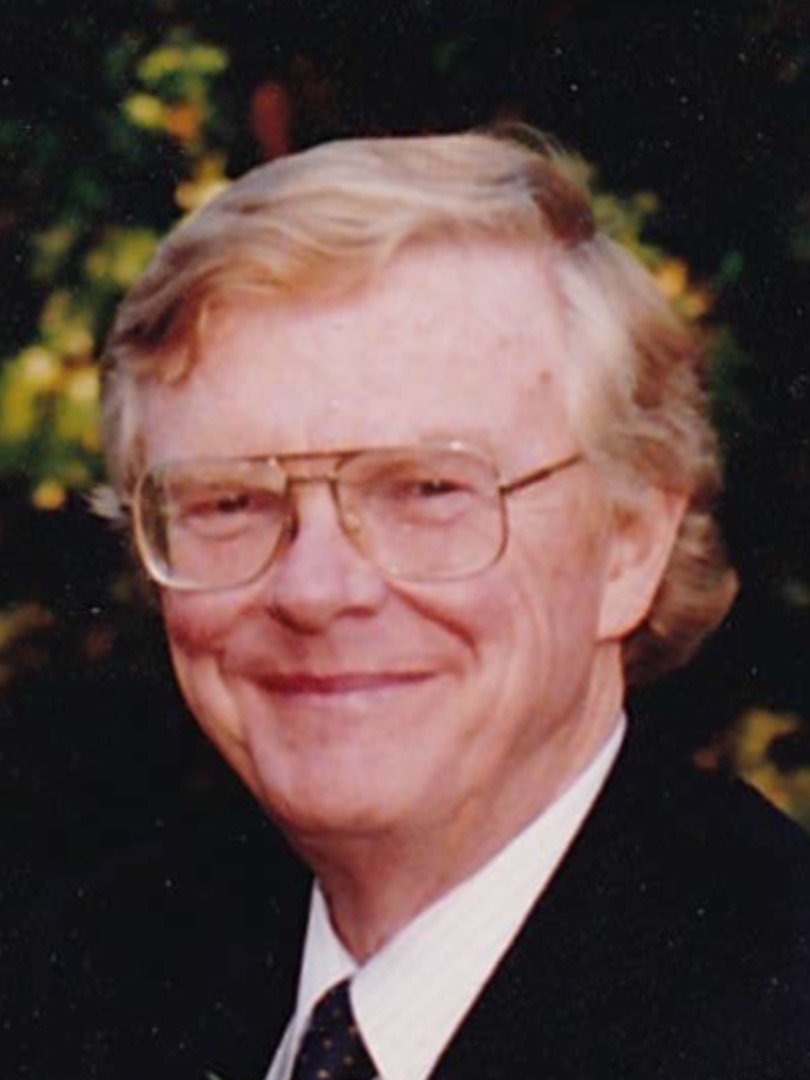 In the early 1970s, Liller could be found early in the morning at Harvard College Observatory measuring the sizes of stars, putting in “more than his share of the work” each day to aid his graduate students, according to William R. Forman, one of Liller’s Ph.D. advisees.

“You would get there at 10 … and there would be this long list of plates that he’d already been through,” Forman said. “He was not there yelling at us, ‘You got to do more.’ No, he was just showing us that he was doing it, and we better get to work.”

William Liller was born in 1927 in Philadelphia, Pa. His undergraduate career at Harvard was altered by the effects of World War II. During registration, rationing cards were collected to be used in dining halls, Liller wrote in Adams House’s alumni magazine, "The Gold Coaster," in its spring 2011 issue.

He joined the Astronomy Department, which at the time was “very much depleted by the war effort, was missing several of [its] best known professors,” he wrote. Liller was drafted as a Navy radio technician in July 1945, which halted his undergraduate career for almost a year.

Liller graduated from the College in 1949 with a degree in Astronomy. He received his Ph.D. from the University of Michigan on the topic of planetary nebulae in 1953, and remained there as an associate professor until 1960.

With the offer of a full professorship and the chairmanship of Harvard’s Astronomy department, Liller returned to Cambridge in 1960. He chaired the department from 1960 to 1964 and from 1965 to 1966.

In 1959, Liller and other astronomy professors began working on a project for NASA to create and launch a satellite that would monitor the sun; he continued the project at Harvard. A failure came in 1964 when a fire started in the rocket that destroyed it.

Aside from his own academic work, Liller served as an advisor to seven Astronomy Ph.D. students, most of whom became distinguished scholars in the field.

Christine Jones ’71, one of his advisees in the early 1970s, performed astronomical research and observations alongside Liller. Together, they co-wrote several papers on unfolding research in x-ray astronomy.

Jones — now a senior astrophysicist at the Smithsonian Astrophysical Observatory — remembered that during one research trip to Chile, Liller welcomed the former president of Chile at the Cerro Tololo Inter-American Observatory. Liller decided to give the guest a tour of the southern sky, directing the view of the telescope so the president could see all that was the best to see.

Bruce W. Carney, physics and astronomy professor emeritus and former provost of the University of North Carolina at Chapel Hill, recalled Liller as an “easy-going” and helpful advisor during his Ph.D. years.

Carney, who visited Liller post-graduation when conducting research in Chile, recollected that his former advisor was “well-respected” by colleagues and peers. Carney added that Liller helped connect him with luminaries in the field when those academics came to Cambridge.

“When people asked who my advisor was, and I said, ‘Bill Liller,’ they were pleased, they smiled,” Carney said.

Even with all the work he put in for his advisees, Liller always wanted to assure the credit went to the students.

“He was never willing to be the first author of the paper,” Forman said. “He always thought that was the appropriate role of the student, even when he did a lot of the work.”

Forman, who is married to Jones, credits Liller with helping to launch both his and his wife’s careers.

Despite Liller’s stature in the field, he was “down to earth” and “very approachable,” Forman added. Forman attributed this partly to Liller’s role as a House Master — a position now called Faculty Dean — of Adams House for several years, during which listening to the concerns of students was a top priority. 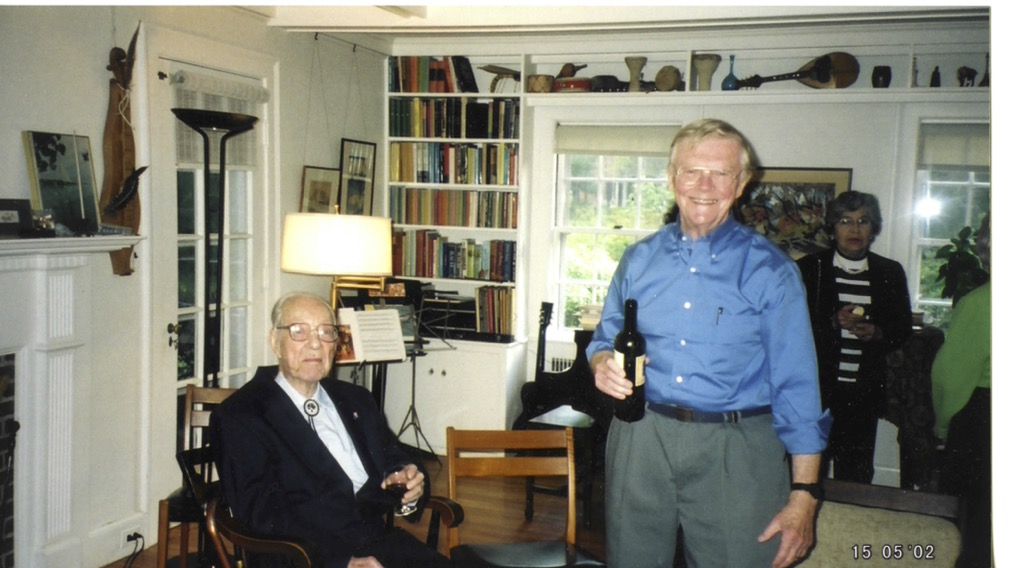 An Adams House resident during his own undergraduate years, Liller quickly re-entered the House’s community when he returned to Cambridge, first serving as a non-resident tutor and then a House associate.

When offered the House Master position in 1968, Liller accepted and he and his family moved into Adams’s Apthorp House. Liller was the first person ever to be Master of their own undergraduate House.

As Adams House Master, Liller oversaw the first co-ed residence in the University’s history. Liller corresponded with Law School professor Richard Baxter, then the Master of Radcliffe College’s all-female South House, about the possibility of a co-ed experiment.

The two sent a proposal to then-University President Nathan M. Pusey, Sr., for 25 female students from South House — now Cabot House — to swap places with 25 male residents of Adams House. After an advisory committee convened by Pusey voted in overwhelming favor of integrated housing, the swap was made in February 1970.

Jones, who was a Radcliffe student at the time, decided not to opt into the program because Radcliffe dorms were conveniently close to Harvard College Observatory, which she frequented as an undergraduate.

Still, she said the program was “a very good change.” Academically, in some of her upper-level physics classes, she was one of few women and found it hard to join a study group with most of her classmates living in male-only dorms.

“Other members were doing homework together in groups. I wasn’t doing that because I didn’t have people from my dorm who were in those classes,” she said. “It was just too hard to become a part of a study group that was only young men meeting in their dorms.”

In the 2011 Gold Coaster article, Liller expressed satisfaction with the co-ed experiment, asserting that the historic swap had enhanced the living experience.

“That Adams House was now a better place, there can be no doubt,” he wrote. “It seemed that everywhere, from the dining room to the common rooms, from the library to the Friday afternoon teas, the general ambiance, overall spirit and civil manners were improved.”

Nancy Stieber ’71, one of the 25 South House residents who moved to Adams House in 1970, said the move felt like a delayed integration into authentic Harvard life, emphasizing that Radcliffe felt isolated from campus activities.

“Quite frankly, we felt exiled — all the women clustered up at Radcliffe, the long march across the Commons to classes,” she said. “It felt as if finally, I was where the action was. Moving into Adams House was finally, finally being at Harvard.”

Stieber said that the “semi-permeable” nature of Adams House’s suites — with back doors, windows, and balconies — enhanced students’ ability to connect and spend time with one another.

“It was moving into a rather magical environment,” she said.

After launching this historic change, Liller relinquished his position as Master in 1973 — deciding to instead dedicate more time to his astronomy research.

In 1981, Liller decided to leave Harvard for good to become the associate director of an astronomy center called Instituto Isaac Newton in Chile. “Professionally, I really needed a change,” Liller wrote in the Gold Coaster.

In 1986, NASA offered Liller the chance to observe Halley’s Comet on Easter Island. He became a member of the Easter Island Foundation and served as a Director Emeritus of the foundation at the time of his death.

With nearly five dozen night-sky discoveries to his credit, including two minor planets, one comet, and more than four dozen novae, Liller wrote that that at age 84, his fascination with discovery was undulled. He continued to use his “little NASA-supplied telescope” in the backyard of his home in Chile “to look for comets, novas and other things that pop up unannounced in the night.”

“After all, for my entire life I had been enamored with the cosmos,” Liller wrote.

— Staff writer Alexandra Topic can be reached at alexandra.topic@thecrimson.com.