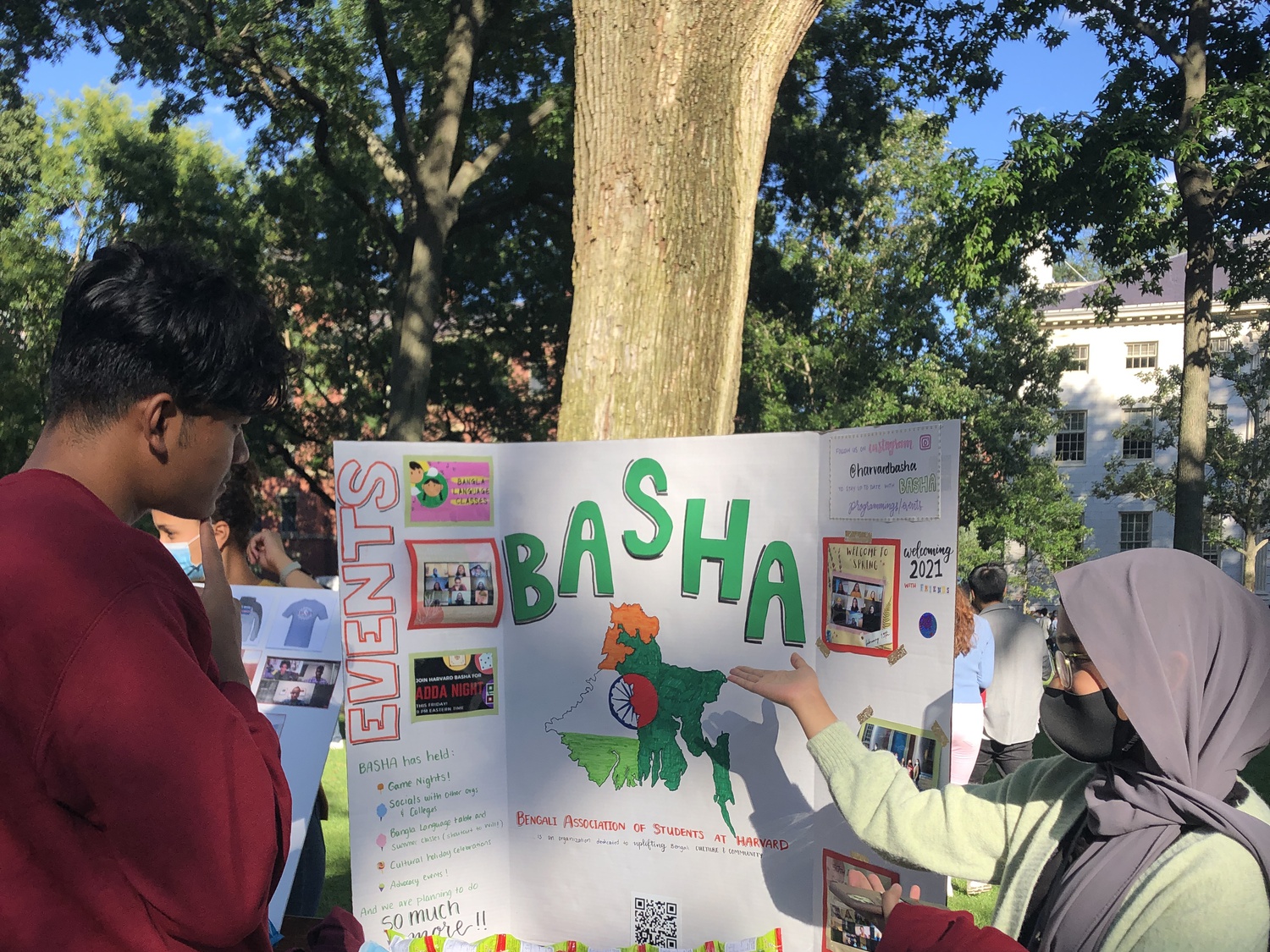 The Bengali Association of Students at Harvard launched during the pandemic to bring together Harvard students from Bangladesh and West Bengal. By Courtesy of Nuri Bhuiyan
By Audrey M. Apollon and Leah J. Teichholtz, Crimson Staff Writers

Students from Bangladesh and West Bengal joined together during the Covid-19 pandemic and founded the Bengali Association of Students at Harvard — a new space for Bengali students to connect with their cultural roots.

BASHA began as a GroupMe chat started in the spring of 2019 by board member Mutahara “Nuri” Bhuiyan ’22 after she noticed Bengali students did not have their own space on campus.

“I noticed that there really wasn't a space for people who had backgrounds in Bangladesh,” Bhuiyan said.

In the spring of 2020, Tauheed Z. Islam ’21 and Saimun Habib ’21 drafted a constitution to make BASHA an official student group, although the club largely remained dormant. Club involvement began ramping up in July 2020 and soon after, BASHA held its first meeting and outreach events in August.

Some pandemic-induced crises affecting Bangladeshi people — including workers being laid off and starvation — catalyzed the club into action, according to Bhuiyan.

“It was a really bad situation that made people want to connect with their ethnicity,” Bhuiyan said. “To just have a bunch of us who felt passionate about getting this club going, out of this desire to help the Bengal and coordinate some humanitarian efforts.”

Board member Tahmid Ahmed ’22 wrote in an email that he has enjoyed getting to meet people from similar backgrounds while learning more about his culture.

“The Bengali community was a lot bigger than I thought it was based on the sheer size of the group chat, so it was really nice to see that many of my peers came from a similar ethnic background,” Ahmed wrote. “I not only get to be in touch with the Bengali community, but I also get to celebrate my culture in a fun way.”

The club also provides a space for international Bengali students. Board member Muhtasim “Sadab” Mannan ’24 said he was appreciative of finding BASHA on campus after learning there were only around twelve international Bangladeshi undergraduates.

“It’s such a small number, relatively speaking, given that we are around half or more than half the population of the U.S. and only two people in my year managed to come to Harvard,” Mannan said.

Sadaf T. Khan ’23, a member of BASHA, said he hopes the group continues to bring Bangladeshi students together while creating connections with other student organizations.

“My hope for the future is that we ultimately bring more attention to the Bangladeshi people on campus,” Khan said. “I also hope to make sure that this group pushes for progressive ideals and also attempts to create strong bridges again with other cultural groups.”

Members of the club said they appreciate the sense of belonging BASHA offers.

“Every event would be just full of references and full of memories that we all relate to. And stories that we all just understood without, at least in my experience, without really having to try to fit in,” Bhuiyan said. “That feeling of belonging came naturally for a lot of people.”

“The acronym ‘BASHA’ is actually the Bangla word for home, and honestly, I want to say that the club has made Harvard feel more like home,” Khan said.