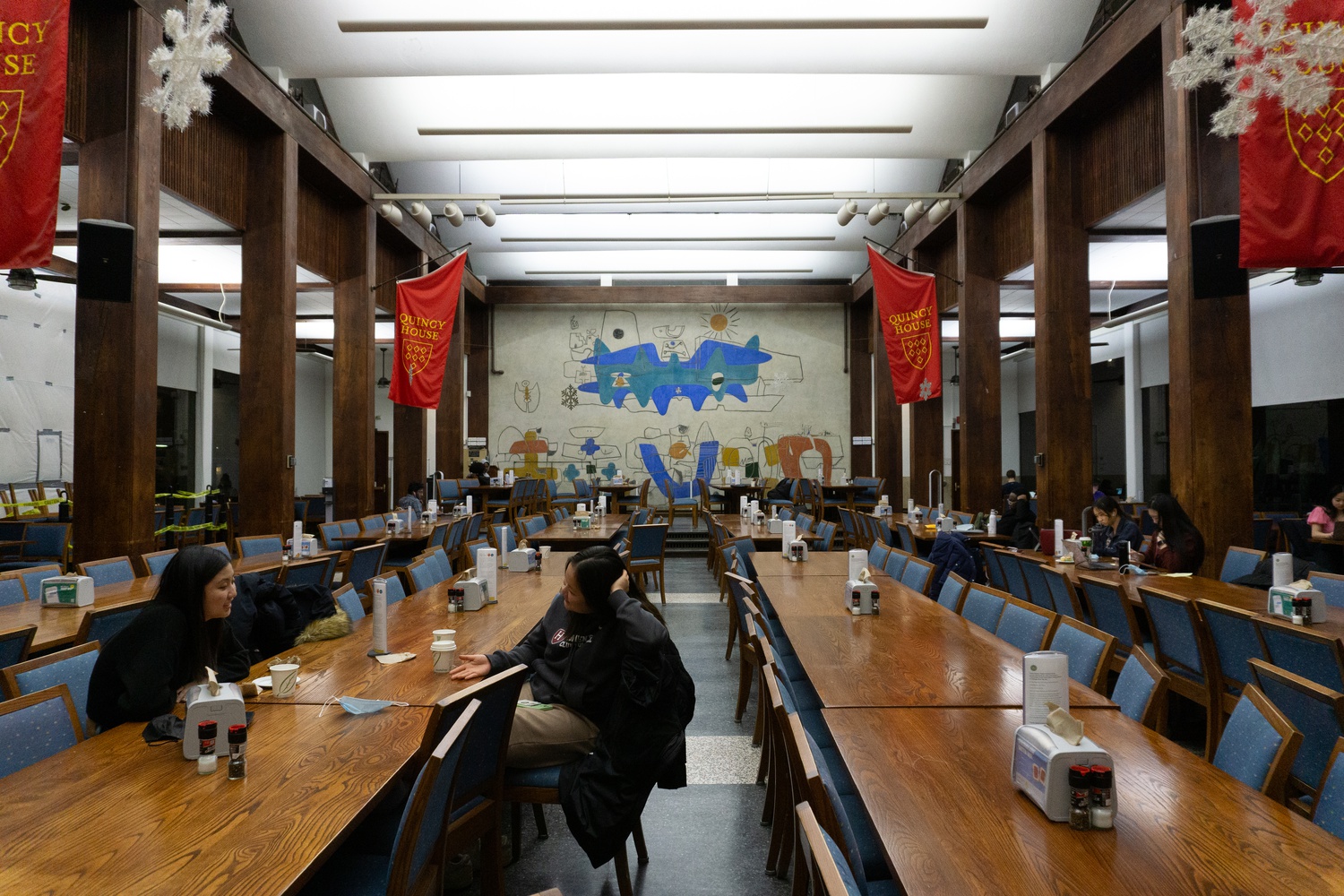 Every Thursday, upperclassmen across the College troop back to their house dining halls for dinner to reconnect with their housemates, hear the week’s announcements, and revel in a space free from interhouse guests during Community Night.

While some students say Community Night encourages quality time with their housemates, others claim the interhouse dining restrictions pose an inconvenience.

The College’s Office of Student Life established Community Nights in 2014, but houses have some autonomy in how they carry out the weekly tradition. Adams House Community Night, for example, features a gong-ringing ceremony where students share their accomplishments from the week.

“Residential life is one of the cornerstones of the Harvard College experience, and Community Nights play an integral role in helping us foster a strong sense of belonging for students within their respective House,” Aaron Goldman, spokesperson for the College, wrote in an emailed statement.

“While interhouse dining remains an option for all other days of the week, we encourage students to take advantage of this opportunity to connect with peers from their House,” Goldman added.

“I think it's nice to walk into the dining hall and know that everyone is in your house,” Shah, a former Crimson Magazine editor, said. “And it’s only one night a week — I don’t think it’s too much.”

Some students, however, said they doubt all of the College's twelve upperclassman residences are able to similarly foster house spirit through Community Night.

“Adams has their thing. They bring out really nice wine and stuff. I feel like that builds community because people are really gung-ho about it,” Alannah K. Hill ’23 of Kirkland House said. “But I think for a lot of other houses, it’s just more performative.”

Some students in Houses closer to the Yard — which are often crowded due to their central location — said they enjoyed seeing their dining halls emptier on Thursdays.

“It’s never really personally affected me or messed with my night plans,” Caroline H. Dent ’24, an Adams House resident, said. “Although, I do know people with significant others who are like, ‘Damn, my girlfriend eats with me every day and she’s not here because it's Community Night.’ That's difficult, I’m sure.”

But for undergraduates who live in the Quad Houses, Community Night can complicate and inconvenience dining, some students report. On most nights, Quad residents have the option of swiping in for meal access at any river house.

“That just makes it easier if you’re already in the river to eat quickly rather than going back and forth,” Jothi M. Ramaswamy ’24, a Cabot House resident, said.

During Community Nights, however, Quad residents hoping to dine by the river are only allowed to swipe into their designated sister house, prompting some to sneak into more convenient dining halls.

Shah said the impact of Community Nights varies based on where students live and what commitments they have.

“I think the effect is probably felt very acutely by a few people who are athletes and then people who are TFs or CAs on the river on Thursday nights who live in the Quad,” he said.