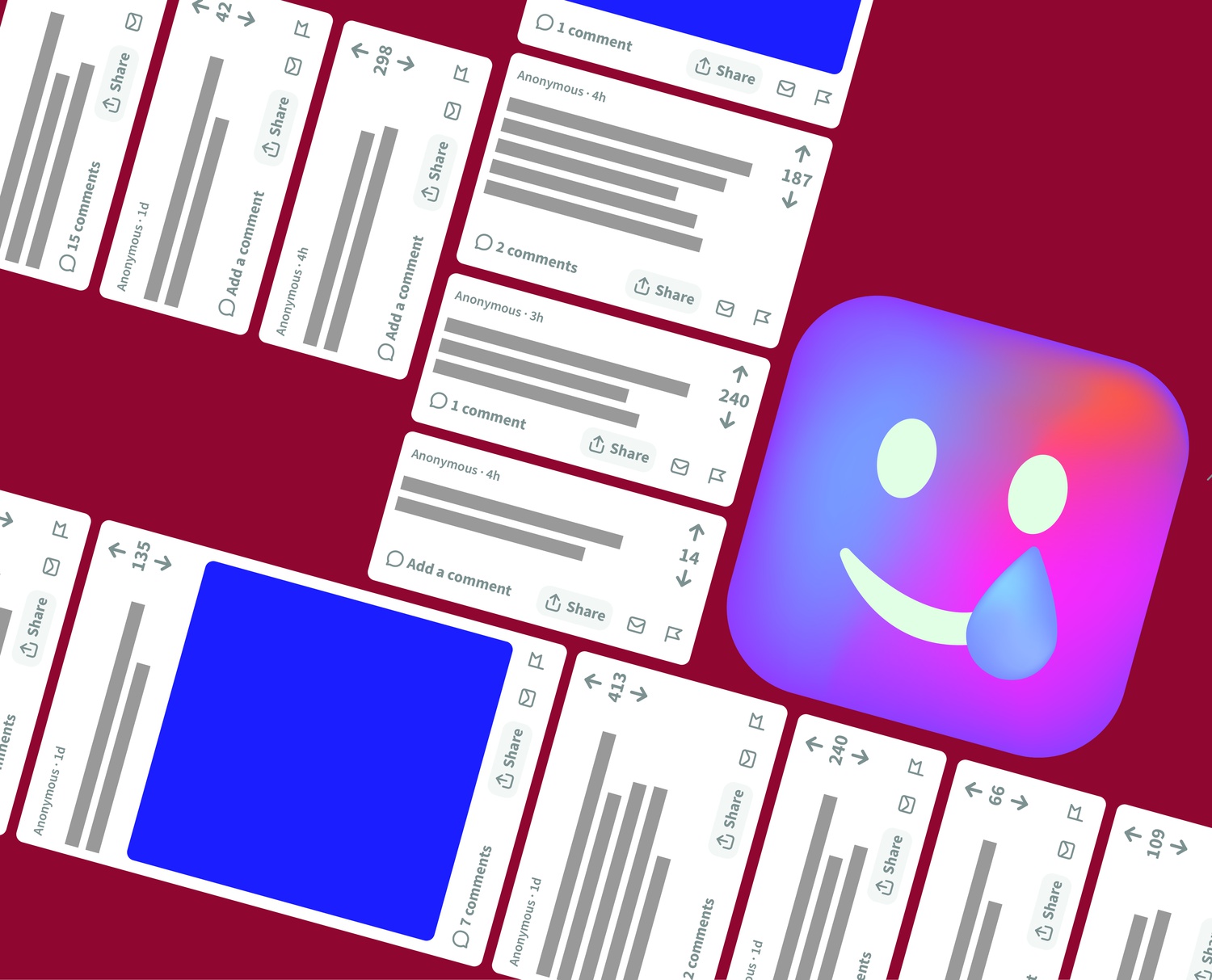 What do final clubs, the Undergraduate Council, and Yardfest performer Swae Lee have in common? All are popular subjects of memes on Sidechat, a new social media app that has swept Harvard’s campus since its launch in late March.

On Sidechat, students can anonymously post, comment on, and upvote — or downvote — jokes and confessions about Harvard student life. Before arriving at Harvard, the app launched platforms at other universities, including Tufts and Cornell.

The app features a leaderboard of the top 10 contributors ranked by “karma,” or the number of total upvotes minus downvotes on posts and comments. As of Tuesday, the top contributor had over six thousand karma.

The platform verifies users’ identities by requiring they log in with a Harvard email address.

In Sidechat’s “Top” section — where students can see the most popular posts — the most upvoted meme pokes fun at the Harvard Lampoon, a semi-secret Sorrento Square social organization that used to occasionally publish a so-called humor magazine.

“A day and a half of this app has already produced more funny content than the Lampoon has all year long,” it reads.

At 300 upvotes, another post references the fall of the school’s 40-year-old Undergraduate Council.

“Telling my kids the UC was a final club for gov kids,” it reads.

Samuel E. Meacham ’25, a Sidechat user since its launch at Harvard, said the app is “a lot of fun” and relatable.

“We’re all part of the same culture, we all kind of have similar experiences, and it’s nice to be able to see jokes about that experience,” Meacham said. “People feel comfortable sharing if they’re anonymous.”

Some students said though they enjoy scrolling Sidechat, they harbor concerns about how the platform could spread negativity or perpetuate stereotypes of certain groups on campus.

Nicholas R. Lopez ’25, who said he and most of his friends use Sidechat, is worried about the app’s complete anonymity, which applies to posts, comments, and even private messages.

“Right now it’s definitely used for solely humor as far as I’ve seen, but I think the anonymized factor definitely has the potential for more toxicity,” Lopez said.

Tim C. Fargiano ’24 said while he finds the content occasionally funny, it can sometimes “just be mean.”

Sidechat is moderated, and users can be suspended for violating the platform’s rules, which encourage posts that are “funny, thoughtful, and community oriented.”

Before a user is able to post a meme, they receive a reminder of the app’s guidelines.

“We don’t allow spam, abuse, obscene content, or posts that spread rumors,” they read. “No posting of students’ full names or doxxing allowed.”

Sidechat is not the first anonymous platform popular among Harvard undergraduates. Another popular app, Yik Yak, allows users to chat on discussion boards with others in a five-mile radius. Students have also long used the Facebook page Harvard Confessions to post hot takes and anonymously profess crushes.

Jennifer A. Hughes ’24 said while she has seen some “bad things” on Yik Yak, most of Sidechat’s content thus far has been “relatively harmless.”