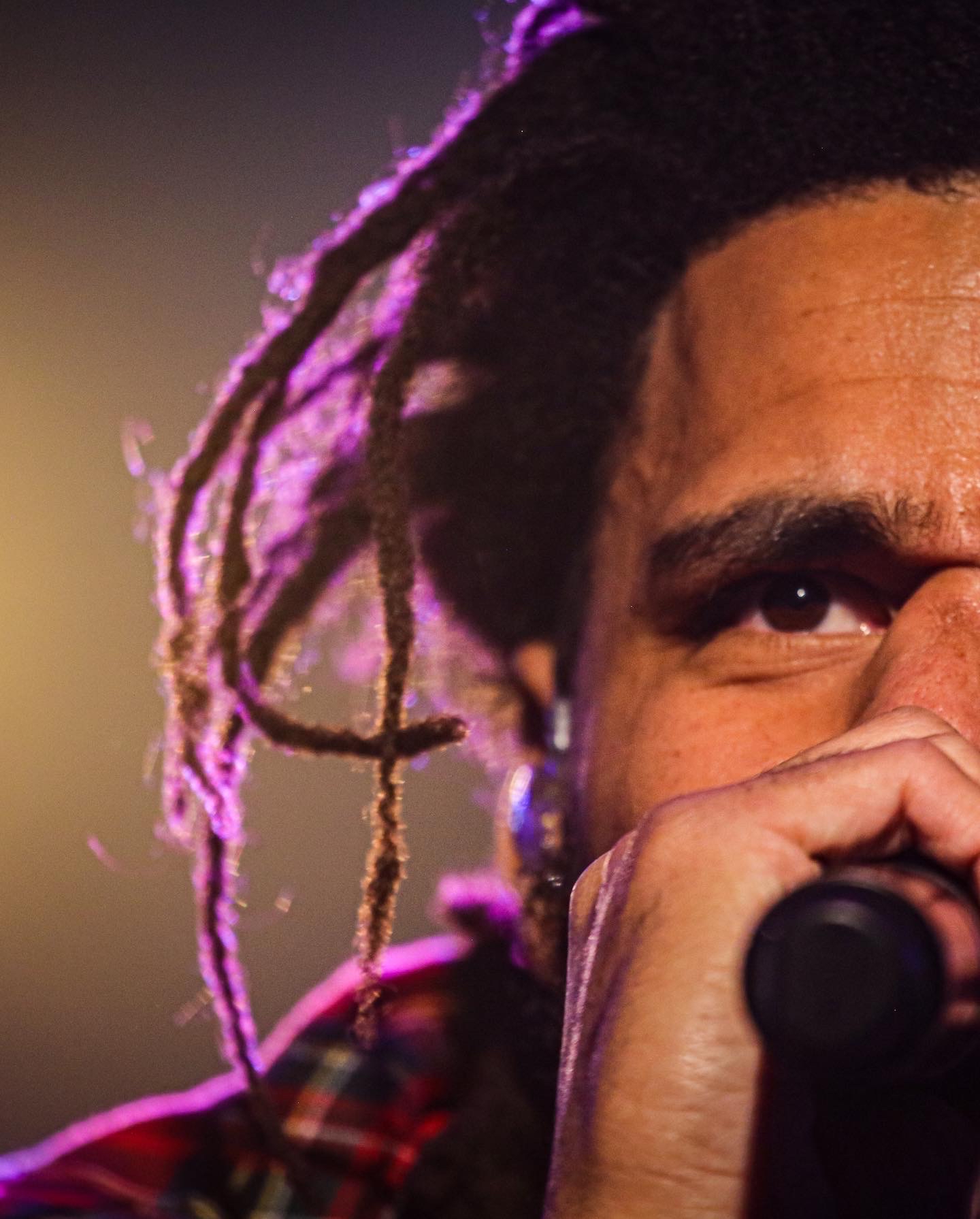 From Dreamville Festival 2022: J. Cole Gets Emotional Seeing His Impact

A close-up look at J.Cole, founder and main headliner of Dreamville Festival, on stage at Dreamville 2022. By Courtesy of Justin Thomas for Urban One/Reach Media Inc.
At various points throughout the hour-long concert, the Fayetteville-native rapper visibly teared up — in awe at the impact he and his festival have made. Not only did his performance prove that he put North Carolina on the map, it was a testimony that his town, his Dreamville crew, and his loyal fans will rep ‘Cole world’ until the end
By Alisa S. Regassa

At only 37 years-old, Jermaine Cole, known professionally as J. Cole, has already accomplished a career's worth: He won a Grammy, headlined 11 nation-wide tours, topped the charts since his very debut with the critical-acclaimed mixtape “The Come Up,” and founded his own label, Dreamville Records. The founder and main headliner of Dreamville Festival, the rapper took the Shine stage on Sunday Apr 3. At various points throughout the hour-long concert, the Fayetteville-native rapper visibly teared up — in apparent awe at the impact he and his festival have made. Not only did his performance prove that he had succeeded in putting North Carolina on the map, it was also a testimony that his town, his Dreamville crew, and his loyal fans will rep ‘Cole world’ until the end.

Cole commented on his rise to fame at various points in his set. “I probably handed out my CDs to some of y’all,” he said, reflecting on his humble beginnings. After performing the song “Too Deep for the Intro” from one of his early mixtapes, 2010’s “Friday Night Lights,” he mentioned that there was a point where he had to contemplate how big he wanted to become, how far-reaching he wanted his music to be. 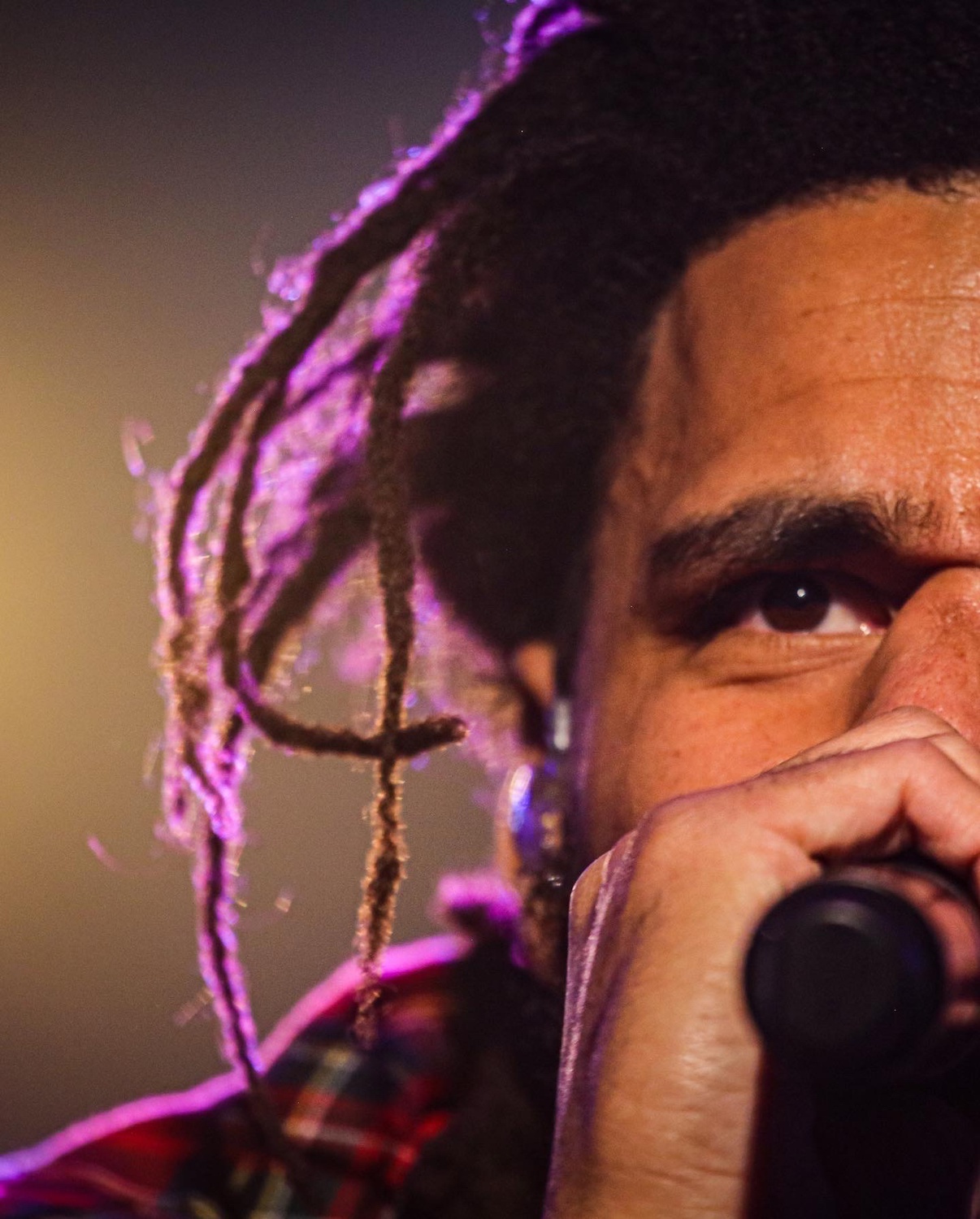 A close-up look at J.Cole, founder and main headliner of Dreamville Festival, on stage at Dreamville 2022. By Courtesy of Justin Thomas for Urban One/Reach Media Inc.

Now, as one of the most influential rappers of his generation, Cole gets a front-row seat to witness the far-reach of his impact. Dreamville is his record label, his family, his baby. To see 50,000 people flock from all over the nation — all over the world — to support his lifelong vision was a tear-jerking moment indeed. In fact, a fan that could be heard screaming they had traveled 3,000 miles just to see him, which Cole acknowledged with a smirk and retorted: “Were you counting?”

Like a plot line in reverse, the chronology of his set narrated Cole’s complete musical journey for his fans. Cole began his show with “95 south,” “Amari,” and “100 mill” from his latest album, “The Offseason.” These songs mirror the symbolism behind that album: the ambition finally paying off after years of training and honing in his craft. The work doesn’t stop here, but the birds-eye view shows Cole in his element. Then, “A Tale of 2 Citiez” transitioned the narrative to 2014’S “Forest Hills Drive,” which in a sense was the very peak of his career. When Cole’s hustle in producing his best music was gaining nowhere near as much critical recognition as it deserved, and Cole had to be his own biggest supporter. That confidence in his pen game is prevalent in another song from the same album, “Fire Squad,” where Cole criticizes the Grammys for snubbing artists like Kendrick Lamar and Kanye West. In fact, before performing “a lot,” Cole shouted out his “Offseason Tour” co-headliner 21 Savage for helping him win his only Grammy. This point will be reiterated throughout his career: Cole remains the biggest advocate for elevating fellow rappers as royalty — while at the same time proving himself as the king among them. 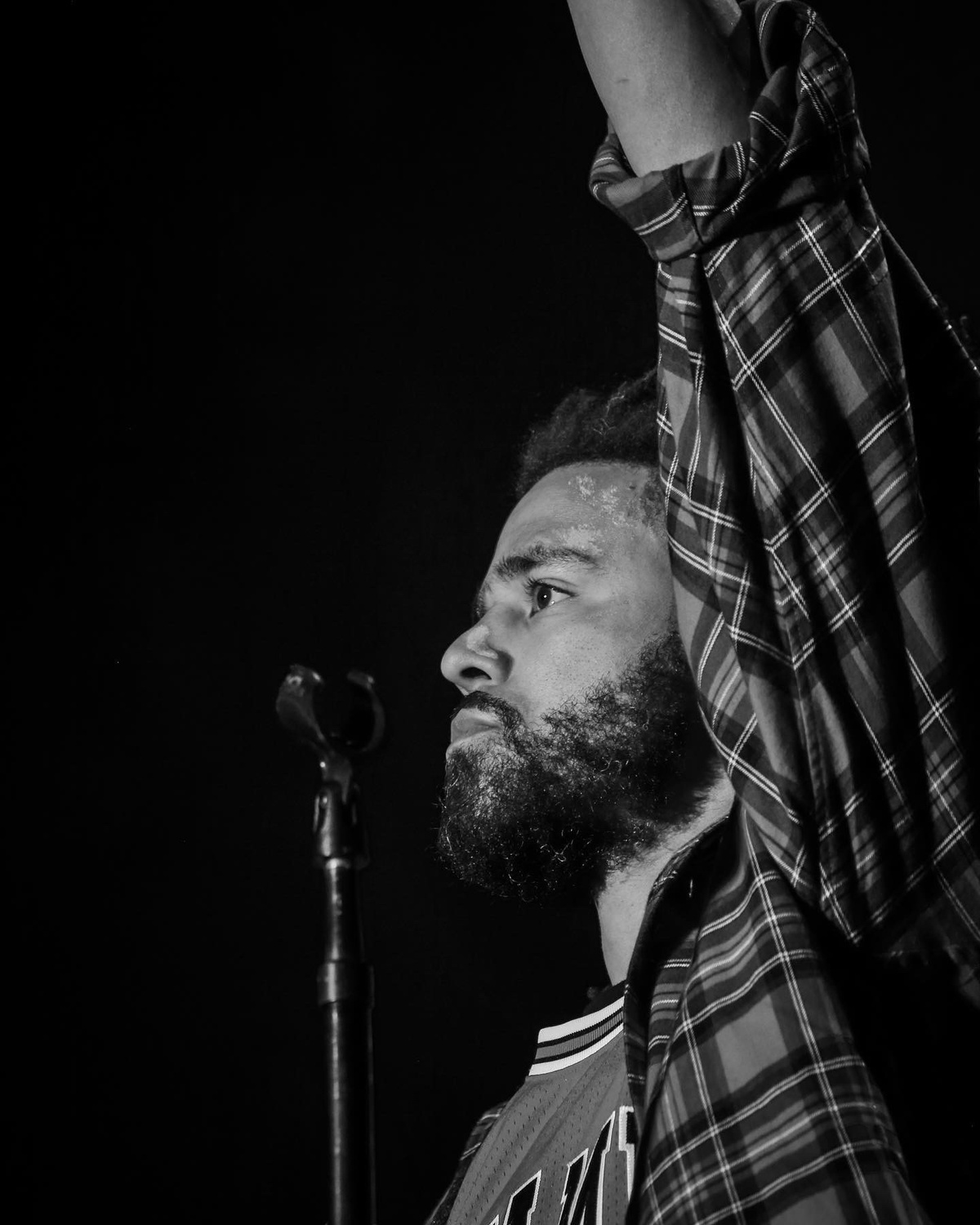 J. Cole gets emotional to see his fans at Dreamville music festival. By Courtesy of Justin Thomas for Urban One/Reach Media Inc.

Going back further in time, “Too Deep for the Intro” from “Friday Night Lights” told the story of a rapper that came from nothing, but believed in himself at a time when no one else did. Cole made sure to pay his dues to his manager Ibrahim “IB” Hamad for grounding him and reminding him to continue to perform earlier songs like these, no matter how many more successful albums he releases after the fact.

Perhaps the fact that he got to bring his chosen family along for the ride informed the emotion of the set. In performing “Shea Butter Baby,” Cole brought out Ari Lennox to the stage, commending her for acing her set earlier that day and sharing with the crowd that Ari Lennox’s first apartment was in Cary, where the festival took place. Bas came out to the mellow beat of “100 Mill.” The rest of the Dreamville gang joined the stage for “Under the Sun” and “Down Bad,” from “Dreamville: Revenge of the Dreamers III” — sans JID who “couldn’t make it,” according to Cole. There were moments when J. Cole stepped back to watch them perform like a proud father admiring his children. Other times saw Cole jumping along to hype them up during their solos. Needless to say, he received all of that energy and love back during his own verses. 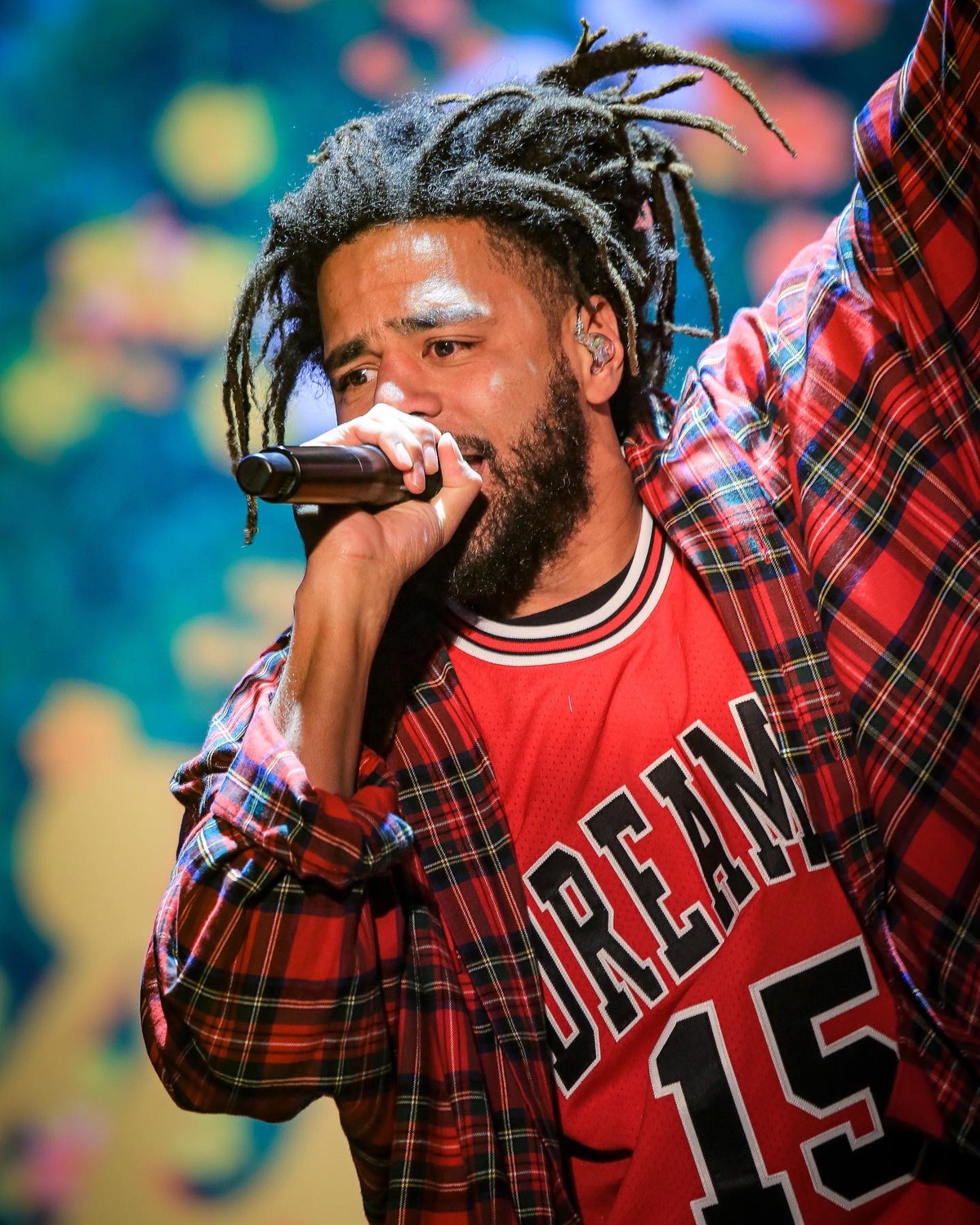 Although Cole certainly reveled in the sentimentality of the moment, it didn’t take away from his talent as a seasoned performer. He bantered with the crowd, splitting them into two sections for “Jacky” for the loudest chant of the lyrics “You see the drop-top, bitch, stop playin’ with me.” “I’ve never taken an L before,” he said after betting on the right section to win, teasing the audience into a competitive frenzy. Cole’s audience interaction was not only a sign of his charisma, but also gave insight into his candid — and only a little self-confident — personality. “I got range,” he commented before diving into his verse on Jeremih’s RNB single “Planez.”

Indeed, a discography like Cole’s not only requires range but the perseverance of an iron will. If there was ever a point in his career when he had to contemplate his claim to fame, that time has long passed. After delivering a performance like Dreamville’s, Cole has once again proven that he’s constantly growing and improving — and that there’s no end in sight to what his music can accomplish.