From Cannes: ‘God’s Creatures' is a Quiet, Cutting Drama with a Resounding Message 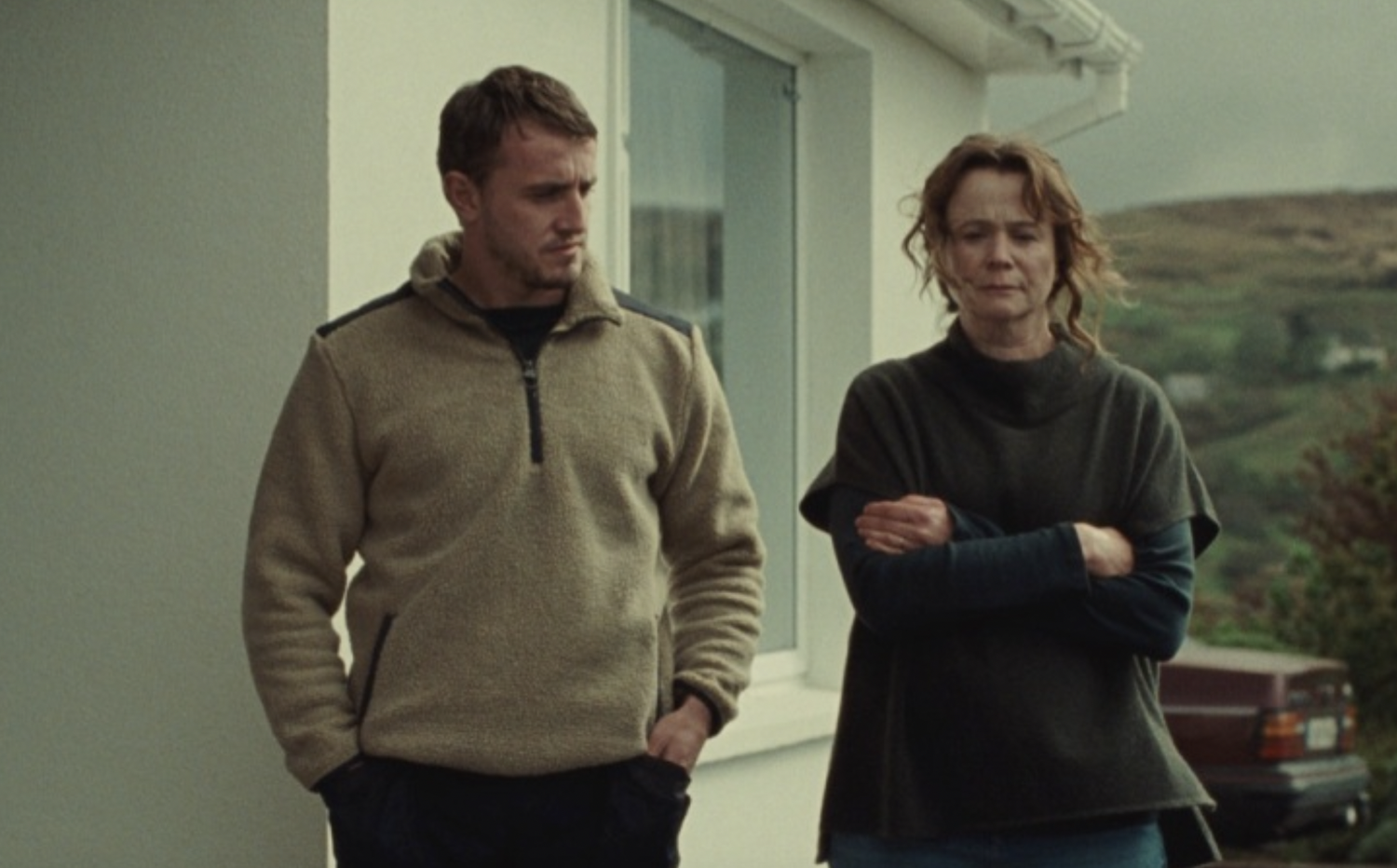 Midway through “God’s Creatures,” the powerful second feature from filmmaking duo Saela Davis and Anna Rose Holmer, workers at a seafood processing plant in coastal Ireland go through the gorey motions of gutting fish, eventually dumping a vat of bloody, flesh-filled water into a waste container. As a wave of red sludge fills the screen, the sight recalls a similarly queasy blood-drainage scene in “Leviathan,” the visceral 2012 documentary that showed viewers the grueling grind of work on a giant fishing ship. In “God’s Creatures,” Davis and Holmer take the opposite approach, keeping the scope of the story small, but they achieve an equally precise and engrossing portrait of place. The film shines and sears beyond its scale, offering an immersive portrait of a unique community and a sweeping parable of trust, complicity and confrontation.

“God’s Creatures” does not begin as the tense psychological drama it grows into: it opens on the seaside village where Aileen (Emily Watson, in a masterful performance) lives with her family and scrapes by working at the aforementioned plant. When her jovial son Brian (Paul Mescal) returns home unannounced after spending several years off the grid in Australia, she’s delighted — and she supports Brian’s efforts to make a living with illegal fishing and oyster farming. As the film progresses, the area’s weather and legal scrutiny intensify and Brian’s disregard for both grows; a creeping sense of dread radiates from the screen even as the stakes remain abstract. They soon come into focus, though, when Aileen’s coworker Emma (Isabelle Connelly) accuses Brian of sexually assaulting her and Brian calls on Aileen to give him an alibi. Caught between protecting the son she wants to believe and telling the truth about his whereabouts, she must make a choice that will have ripple effects throughout her home and her community.

Though many of “God’s Creature”’s promotional materials sparsely describe it as a film about a woman lying for her son, the specific nature of the lie — shielding her son from another woman’s allegations of sexual violence — give the film a biting urgency, harnessing its intimate character portrait to speak to broader questions of loyalty, privilege, and the impact of collective complicity. Brian’s golden-boy image haunts the film, from the public scenes of the community closing ranks to protect him to the quiet moments when his facade fades. The movie asks whether his mother, who initially declares that her son “never put a hand on a woman in his life,” can be certain of his innocence based on his rose-tinted image. How can family and friends make sense of someone’s alleged violence when it goes against the person they know?

As the film illustrates, avoidance and denial aren’t answers, and they don’t absolve anyone of guilt. By delving directly into this subject and showing what real solidarity demands, the film sends a incisive feminist message that feels particularly salient after #MeToo and other accountability movements have provoked public defenses of alleged perpetrators from those who don’t believe their loved ones are capable of misconduct — even here on Harvard’s campus. More broadly, the film details the cyclical nature of patriarchy in Aileen’s town, showing how each person’s resigned complicity keeps them all trapped with the same corrosive power dynamics.

As this central narrative unfolds, “God’s Creatures” is grounded in its striking visuals, which show Aileen’s work at the plant and Brian’s illegal fishing operation in unflinching detail. The film constructs a vision of the Irish coast that is at once beautiful and perilous. Davis and Holmer captivate with their portrayal of the often hostile natural world, which appears so forceful it becomes a character in itself. Sunlit shots of Brian tending his oyster farms and Aileen rushing past cliffs to see a corpse brought off the water are starkly gorgeous and atmospheric.

Producer Fodhla Cronin O’Reilly and writer Shane Crowley based the story off of the town in Ireland where O’Reilly was raised, and the skillful cinematography (all on 35mm film) its settings are conjured with such detail that they feel familiar. The actors’ technical preparations lend additional realism to their interactions with the harsh landscape; as they told audiences during a Q&A in Cannes, Watson practiced gutting fish to prepare for her role in the seafood plant and Mescal spent time in Ireland learning tricks of the trade from fishermen.

Beyond bringing layers of lush scenery and a visual texture to the film, the natural world also acts as a litmus test of its characters’ instincts, and their reactions to environmental threats speak to their core traits. From the village’s tradition of mothers refusing to teach their kids to swim (because they don’t want them jumping in to save someone, only to drown themselves) to Brian’s self-assured disregard for tidal hazards, the filmmakers deftly weave together storyline and setting, building up the opposing forces of communal passivity and male entitlement that shape the plot. A triumph of sharp visual style and resonant writing, “God’s Creatures” shows that Davis and Holmer are a co-directing pair to look out for.