The MFA’s Summer: From Monet to Hummingbirds 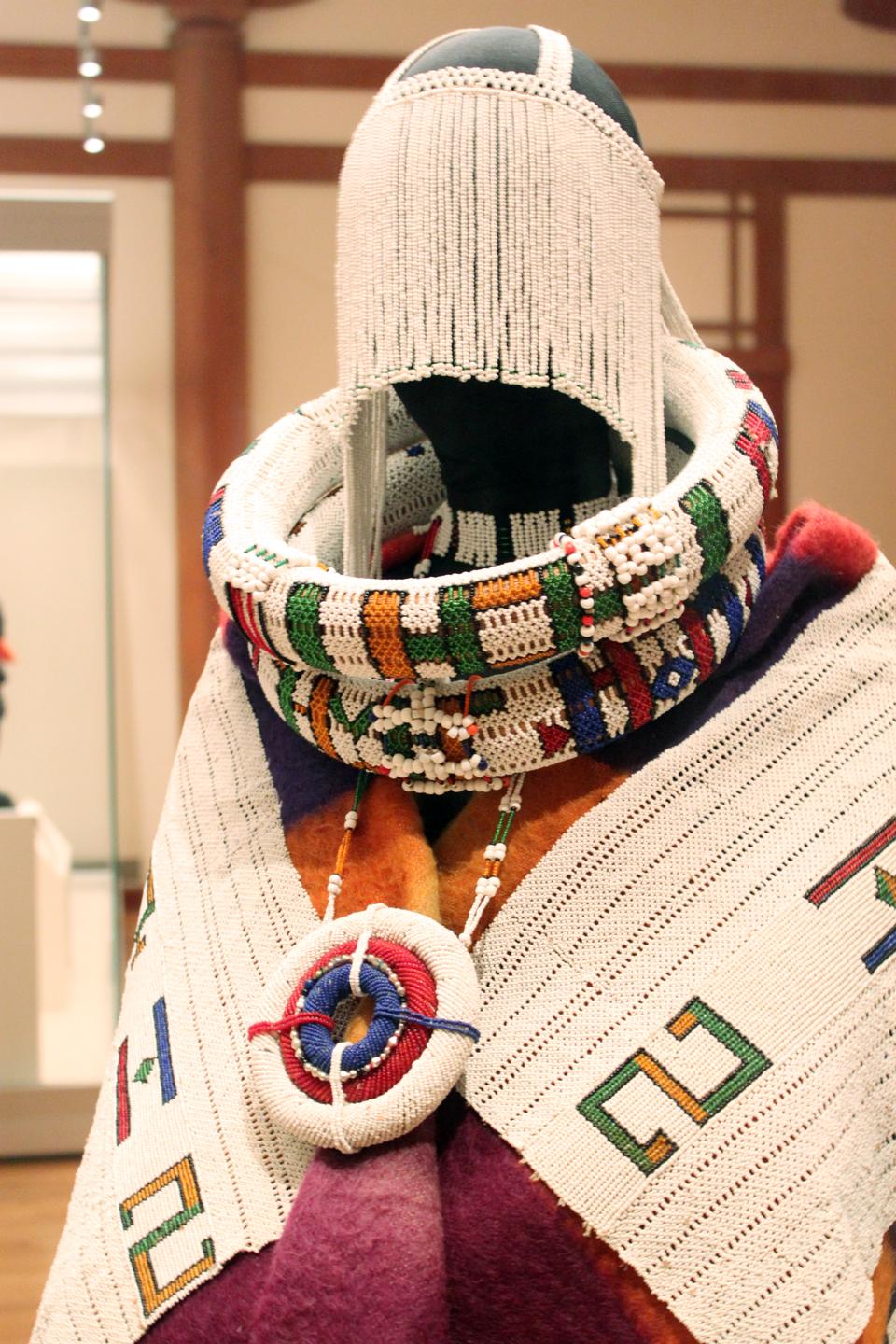 The exhibit, “Global Patterns: Dress and Textiles in Africa” will be on display at the MFA until January 8, 2012. By Carlos A. J. Rodriguez-Russo
By Paula I. Ibieta, Crimson Staff Writer

The first impression that the Rita J. and Stanley H. Kaplan Family Foundation Gallery makes is that of an art heist: a crowd overpowers the tiny room, blocking the view of any artwork and leaving the impression that they are staring at nothing. As the group dissipates, however, it becomes clear that it is not a crime scene that commands such attention, but a diverse display of jewelry from many different centuries and world regions.

The Museum of Fine Arts (MFA) is currently featuring a host of exhibitions, including a few that highlight some of the art world’s most prominent figures. Throughout this fall, the paintings, prints, and drawings of Claude Monet, Pablo Picasso, Roy Lichtenstein, and Odilon Redon, among others, will play an important role in adding variety and allure to the museum’s permanent collection. While the masters may be the first to turn heads, the MFA’s most exciting displays this fall are those featuring neither big names nor the most traditional media. With the Kaplan Gallery’s inaugural display, an impressive showing of African textiles, and the first color photography exhibition to be shown in one of the MFA’s prominent photo galleries, the museum is branching out to celebrate a greater diversity of artistic achievement.

“Jewels, Gems, and Treasures: Ancient to Modern” recently inaugurated the Kaplan Gallery, the MFA’s first room intended exclusively for jewelry. Perhaps the exhibit that resonates most soundly with returning museum-goers, the display examines the notion of what has been considered precious throughout history. It encompasses a wide variety of works, including ancient Egyptian ivory pendants, a 19th-century European jewelry suite made of stuffed hummingbirds, and a 20th century Tiffany’s necklace. Since its opening, both the exhibit and the new gallery seem to have successfully attracted anticipated attention. Says patron Jeanene M. Devlin, “this gallery was long overdue. It’s fantastic that the MFA is finally branching out into something like this.” MFA member Ron Bento expresses a similar sentiment. “The room they chose is probably going to be too small for the popularity that it’s already receiving. The pieces are exquisite—setting aside the materials themselves—because each is so beautifully crafted by hand.”

Another of the current displays is a diverse African textile collection that emphasizes the influence of outside cultures on textile development. The exhibit showcases many traditional adornments such as hats, headdresses, and wraps principally from sub-Saharan cultures, and also highlights the fascinating changes garments have undergone since colonialism. Textiles styled in the traditional fashion, yet featuring designs of Coca Cola cans and computers, are placed alongside the South African Ndebele people’s characteristic beadwork that became a hallmark of Ndebele apparel upon the arrival of Europeans. Devlin says she thoroughly enjoyed the display. “I loved it. There’s so much more to art than painting on canvas, and it’s also great that they show how the global art world is truly integrated through works like these.”

Even in the photographic medium, the MFA seems to be making an effort to try something new. The museum’s Herb Ritts Gallery for Photography is currently featuring its first color exhibition, entitled “Violet Isle: A Photographic Portrait of Cuba by Alex Webb and Rebecca Norris Webb.” A visual essay of sorts, the show imbues everyday scenes of people, animals, and landscapes with the intensity of chromogenic effects. Museum visitor and senior at Massachusetts Institute of Technology Molly A. Kozminsky says she found the works intriguing. “There seems to be a lot of eye contact with the people in the pictures. It makes you wonder what they’re thinking.” Kozminsky also comments on the stark contrast between “Violet Isle” and the adjacent exhibit, an exposition of 19th-century prints and drawings by Redon and fellow French artist Rodolphe Bresdin. “There’s such difference between the black and white etchings that also focus so much on the artists who created them and these photos of nameless people. It makes you think about what’s important in different kinds of art.”

Of course, the current displays that might be considered more conventional still display a wealth of artistic achievement to museum visitors. The aforementioned Bresdin and Redon exhibit provides a probing look into the fantastic worlds of those two artists, just as the show “Modernist Photography: 1910-1950” is a thought-provoking grouping of the innovative work of American photographers from that era. Likewise, the juxtaposition of Lichtenstein’s Rouen cathedrals with the Monet series that inspired them is well worth a visit. Yet it still may be the jewelry, textiles, and chromogenic prints that serve most to inspire.

—Staff Writer Paula I. Ibieta can be reached at  paula.ibieta@college.harvard.edu.