Dead Letter: The Aesthetics of Horror 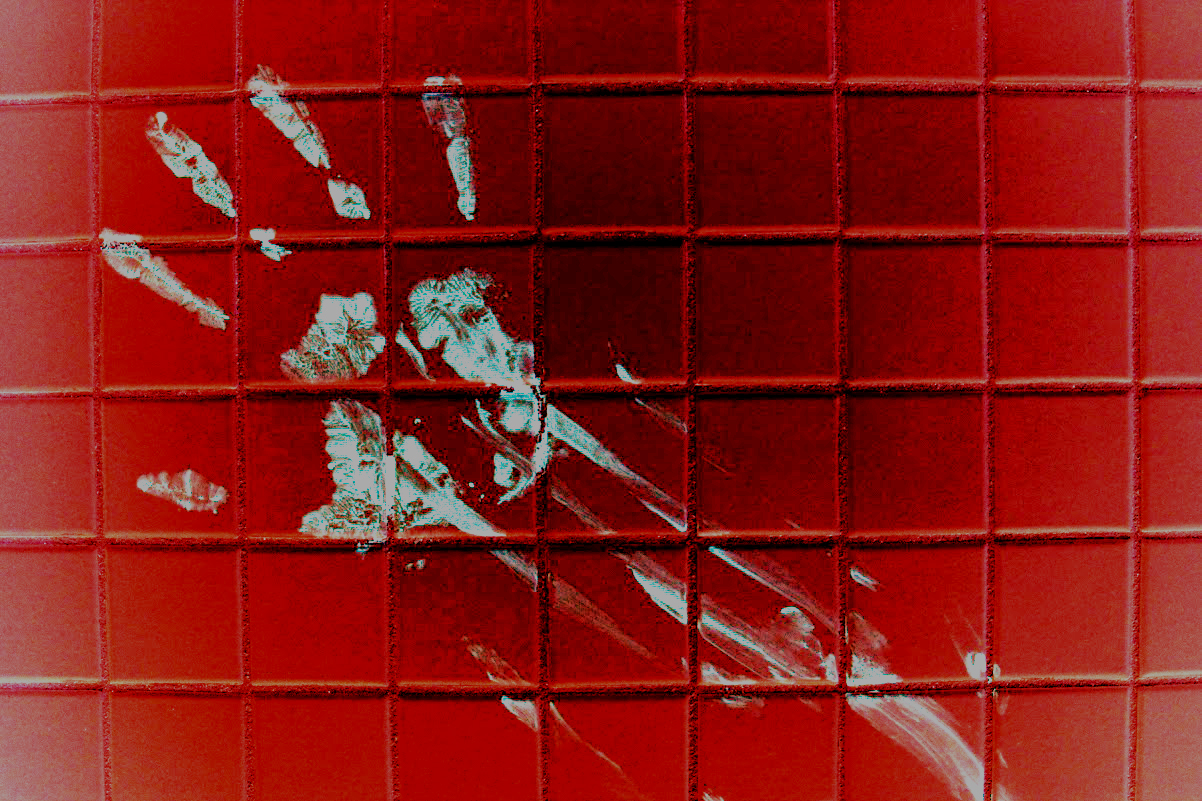 In the Prado Museum in Madrid, there hangs a painting by Francisco José de Goya y Lucientes that is among his most well-known and admired, but perhaps not most well-liked. “Saturno devorando a su hijo,” rendered in English as “Saturn Devouring His Son,” is an image that stays in one’s mind. Wild-haired and wide-eyed, peering out of the near-total gloom that engulfs the canvas, the Titan hunches over his child, naked, mouth agape, body tensed. His pale knuckles dig into the white flesh of a child of indeterminate sex; the child’s head and right arm have already been consumed, and Saturn is in the midst of finishing the left arm.

Art history frequently allegorize Saturn as the nation of Spain during the civil war that wracked it from 1820 to 1823 or, less frequently, as Goya himself in his relationship with Leocadia Weiss, his alleged mistress. What is frequently left out of histories for general readers is the fact that Goya’s actual intended subject is unknown. It might be Saturn; it is equally likely that it is some dark fantasy of Goya’s own creation. The painting was a private piece never intended for exhibition, and indeed was originally attached to the wall of Goya’s home outside Madrid. What pleasure the deaf, ailing painter derived from looking on his work is wholly mysterious.

This strange circumstance leads to an interesting observation and an attendant question.  Historically, audiences have felt the need to come up with an explanation for Goya’s unsettling image, to insist on a point or a message or even a mere personal significance behind the unseeing eyes of the nameless, voracious madman. There is an instinctive discomfort that arises from the idea that Goya is showing us a man eating a baby, nothing more and nothing less. The question: what if he is?

In other words, is it permissible to show something that inspires horror for its own sake? How committed are we to art for art’s sake, to the abolition of artistic boundaries? There is a modern desire to be near-absolute about the freedom granted to artists, a sincere wish for intellectual consistency and an old-fashioned fairness: one might not always like good art, and condemning something merely because it violates our mores or preferences seems petty.

Yet life rarely cuts so cleanly. Can art for art’s sake be a true guiding principle—or, more specifically, horror for horror’s sake? Yes it can; but as horror shows us, it may demand things of us that we are not willing to concede.

Before looking into this ethical issue, it is worthwhile to take a moment to look at what is meant by “horror,” a word that is used in two ways in criticism. “Horror” in the first instance is used to indicate a particular emotional response to a stimulus. A borrowing from Latin, the literal meaning is the bristling of hair; by extension, it is used for the emotion that accompanies this physiological response. In the second instance, “horror” is the genre of art that is somehow connected with this emotion.

Defining the emotion by the bristling of hair on the back of the neck is not rigorous, and modern critics have striven to come up with more satisfactory formulations. “Horror often gets contrasted in the aesthetic theories of the late 18th century and 19th century…with terror; so there’s an idea that horror is when you see something, there’s something graphic about it,” Deidre S. Lynch, a Harvard English professor who studies early European horror, says. “Terror is when your fear is compounded by your uncertainty and your doubt.”

Such niceties of emotional distinction do not necessarily have much bearing on modern generic distinctions. According to Dr. Steven C. Schlozman, an assistant professor of psychiatry at the Medical School and author of the novel “The Zombie Autopsies,” “terror” is identical to the modern notion of “dread,” which is considered an important if not integral part of horror as a genre. “It’s a form of art…meant to create a feeling of unease and dread; dread is actually one of the common phrases you’ll see in the literature,” Schlozman says, discussing the definition he uses for his freshman seminar on horror. “[It] basically means you have a sense that something not good is going to happen, but you don’t know what it is.”

Schlozman even goes so far as to argue that, by this definition, the emotion of horror is subsidiary to the emotion of dread. On the subject of “Saturno devorando,” which Schlozman believes is unsettling but not necessarily suspenseful, he says, “It might inspire in you a sense of horror, but in terms of the way the genre has gone about telling stories, by this definition, it wouldn’t fit [into the horror genre.]”

While there are compelling reasons for such subtleties, foremost being the more accurate description of emotional phenomena, it seems to obscure the point to argue that the inspiration of horror is subsidiary to adhering to technical definition for “horror.” For the purposes of this article, we will consider any piece of art that inspires horror or dread as part of the horror genre.

GENESIS OF A GENRE

In his “Poetics,” Aristotle identifies two emotional effects within the genre of classical tragedy: the arousal of pity and the arousal of fear. “If we talk about fear, there are at least three different Greek words with three different nuances about what that would be,” professor of Classical Greek Literature and Comparative Literature Gregory Nagy says. The word that Aristotle uses, “phoberon,” is ultimately derived from a root that means “to run away,” a description that is perhaps very apt for the intended response to the modern horror genre. More specifically, tragedy’s content would be well-suited to October film releases—Halloween blockbusters that traffic in incest, mutilation, insanity, and the grotesque. The violent punishment visited on the protagonist of a classical tragedy is a response to a character’s witting or unwitting infraction of some cosmic code—a sanctuary has been disturbed, a supernatural being has been maligned, a taboo sexual union has been attempted. This too is not dissimilar to the general thrust of even secular, non-supernatural horror films. “Even if we don’t believe in hell, we want there to be some sort of accountability [for wrongdoing],” Lynch says.

Two features set classical tragedy apart from modern horror. The first is a problem of representation: since the theater was de facto a temple of Dionysus, representations of bloodshed were banned from the stage by religious regulation, and so all the violence of the story occurs through the mediation of speeches from eyewitnesses. The second is that, according to the Aristotelian model, the ultimate goal of tragedy is not the inspiration of fear, but rather catharsis: an emotional purification in viewers.

In contrast to this, modern horror tends to rely heavily on the direct presentation of disturbing images—“Saw” is not “Saw” without gore—and while the ultimate emotional or intellectual goal of a work may vary, most works emphasize the intermediate effect of unsettling the audience.

This emphasis coincides historically with the early modern desire to convey an emotional effect rather than a moral or a lesson and the concomitant notion that it is preferable to convey a single effect in a story. This was the position championed by Edgar Allan Poe in his essay “The Importance of the Single Effect in a Prose Tale.” Because catharsis is by definition the result of several different effects playing against each other, Poe and his intellectual descendants were sought to inspire in their audiences not catharsis, but a unified effect: the feeling of being unsettled—horrified.

According to Lynch, modern horror is also heavily molded by the Western tendency towards secularization since the late 18th century. Lynch says, “Horror comes about in its modern form when you have that residue of the sacred without actually having the confidence that God speaks to people through the monstrous.”

As noted earlier, it is frowned upon by modern critical lights to say that works of horror must bear a moral or a message to be counted as “good art.” Across most modern schools of thought, it is preferable to judge the quality of a work by its own standards: how well does it accomplish the effect desired by the maker, or how well does it accomplish what its audience feels it is trying to accomplish? This incipient attitude attended the rise of artists whose works eschewed moralizing for emotional strength: for example, Poe, one of the earliest exponents of what we would call modern horror, and later, the British Aesthetics and the Decadents of continental Europe, whose pursuit of raw beauty of experience led them down the dark, voluptuous labyrinths of Wilde and Baudelaire. We generally like to think that we are (for the most part) comfortable with art for art’s sake—an attitude that allows for the increasing alienation of modern art from conventionally accepted aesthetic principles.

"Horror comes about in its modern form when you have that residue of the sacred without actually having the confidence that God speaks to people through the monstrous."

Since simple emotional response is the defining feature of horror as a genre, it seems that horror should be most amenable to this standard of judgment—indeed, according to Lynch, the genre largely developed under the influence of this standard. “When the Gothic novel emerges at the end of the 18th century, there is this essay by [literary critic] Anna Barbauld called ‘On the Pleasure Derived from Objects of Terror,’” Lynch says. “[Barbauld] says that that’s a paradox. ‘Why would we associate pleasure with terror?’ she says. And in some ways where she goes makes her essay almost a really, really early entry in the notion of aestheticism and art for art’s sake. There’s no moral takeaway, but the imagination is stretched.”

In other words, it seems that most critics, regardless of personal taste, would agree that the piece that inspires the greatest emotional response would be the ideal exemplar of the genre.  The problem is that the actual results of this line of thinking produce an enduring moral discomfort.

If nothing else, “A Serbian Film” is very, very effective at inspiring horror and dread, which is evidently one of its primary artistic goals.  If we are to subscribe to “horror for horror’s sake,” “A Serbian Film” has to be rated among one of the most artistically successful works ever made.

This is the intellectually consistent position. Yet it seems to permit much that should not be permitted so easily. If we would like our artistic vocabulary to stop somewhere short of the simulated rape of newborns, we must turn away from holding a work’s intended effect as the highest standard of art.

So we return to the monster and the baby, and the implicit challenge they put to us. That Goya is a great artist is virtually uncontested; but if, in this instance, he is showing us nothing but graphic cannibalism, can we accept this piece as great art? If we do, we are in the uncomfortable position of defending the vivid representation of distasteful acts as art, which puts us a mere step away from defending pornography as art—for example, as critics have defended Jeff Koons’s “Made in Heaven” series, a sequence of enormous photographs of the artist engaged in sexual acts with his then-wife, the pornstar Ilona Staller, AKA Cicciolina.

If we do not, we must reevaluate a critical trend of several centuries, and face the daunting prospect of privileging certain emotions or certain forms of expression—essentially, a return in some way to the assumed objectivity of Aristotle or to the taboos of the Greek theater. Some middle ground must be negotiated, a happy medium that allows us both to appreciate the artistry of Goya’s painting and without appending the name art to “A Serbian Film.”

—Staff writer Jude D. Russo can be reached at russo@college.harvard.edu.