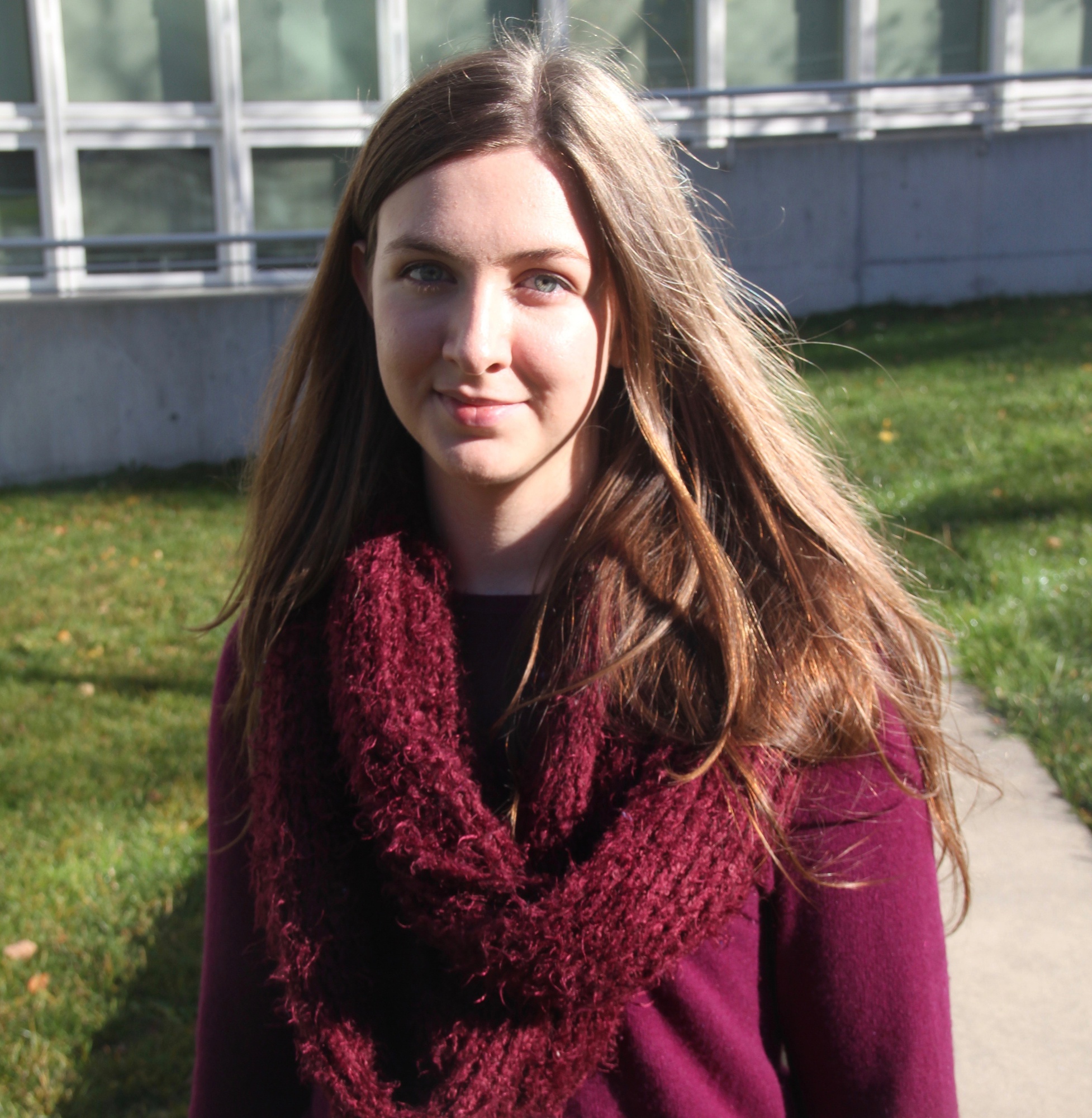 By Laura E. Hatt, Crimson Staff Writer
Meg Panetta likes trees, and can identify all the ones in the yard. By Isabella S. Beroutsos

Meg G. Panetta ’17 is a gentle soul. Her voice is very quiet. “I was a strange little kid,” she says. “I feel like most people are.”

Panetta grew up in Atlanta, Ga., and spent most of her childhood playing outside. “There was a park near my house [and] behind it there was an uninhabited floodplain,” she says, pausing to describe the plain at length. “I grew up playing in the woods all the time and being really interested in all the plants I saw. That’s kind of defined me ever since.”

As she got older, Panetta began to look beyond the floodplain, educating herself about botany wherever she went. “When I go to a new place, I try to get a field guide about the trees or the plants,” she says. “People are complicated, nature is complicated, everything is complicated. [A field guide] is a slice of a place that I can gain some traction in.”

Over time, the guides began to accumulate: When Panetta moved to Boston, she bought a New England Audubon Society guide. When she visited Hawaii, she bought a guide there, too. Then, in April 2016, Panetta won $1,500 and second place in a competition for undergraduate book collecters.

But Panetta’s academic work is a far cry from her early vegetation fixations—some 7,200 light-years away, in fact. She is a joint

Panetta’s senior thesis centers on experimental condensed matter physics. She’s been researching the topic since the summer before her junior year, which she spent at the University of Cambridge in the U.K.

Her astrophysics research focuses on globular clusters, tightly bound groups of thousands of stars. According to Panetta, stars in the clusters can be billions of years old, making them a useful way to calculate the age of the universe (13.8 billion years).

“People used to think the universe was younger than it was,” Panetta says. “Then they estimated [globular clusters] to be older than the predicted age of the universe and they were like, ‘Well, we might need to reorder.’”

When’s she’s not studying plants or outer space, Panetta spends most of her time working with the Honor Council, a group of faculty and students who review and judge violations of Harvard’s new honor code. A voting member of the Council, Panetta has been involved since its first year in 2015. “We built a lot of the procedures and a lot of the traditions… from scratch,” she says.

In the past, Panetta has found it hard to feel connected to Harvard. “It’s august and it’s large and it’s slow-moving, like a cruise ship,” she says.

The Honor Council presented a solution. “I really enjoy it. That’s odd to say, because it’s not fun dealing with people who are having a crappy time. Either they’ve been accused of something, or they did something. Nobody is happy,” Panetta says. “But the chance to think with empathy and compassion, and do what I can to make the process smooth and transparent and attentive? I like that.”

Though Panetta keeps busy with research and Honor Council, she has fingers in other pies. She reads Latin, and is pursuing a secondary in Classics. She helped found the Harvard College Astrophysical Society. She’s a member of the Harvard Public Opinion Project, the Harvard Political Review, the Harvard-Radcliffe Modern Dance Company, and Alpha Phi.

Panetta sees an internal logic based in systems and beauty. “Playing in the woods when I was little, I developed this appreciation for how the world fits together, out in nature,” she says. “I think that’s why I study physics. The beauty of describing the natural world as best we can—it’s really compelling.”