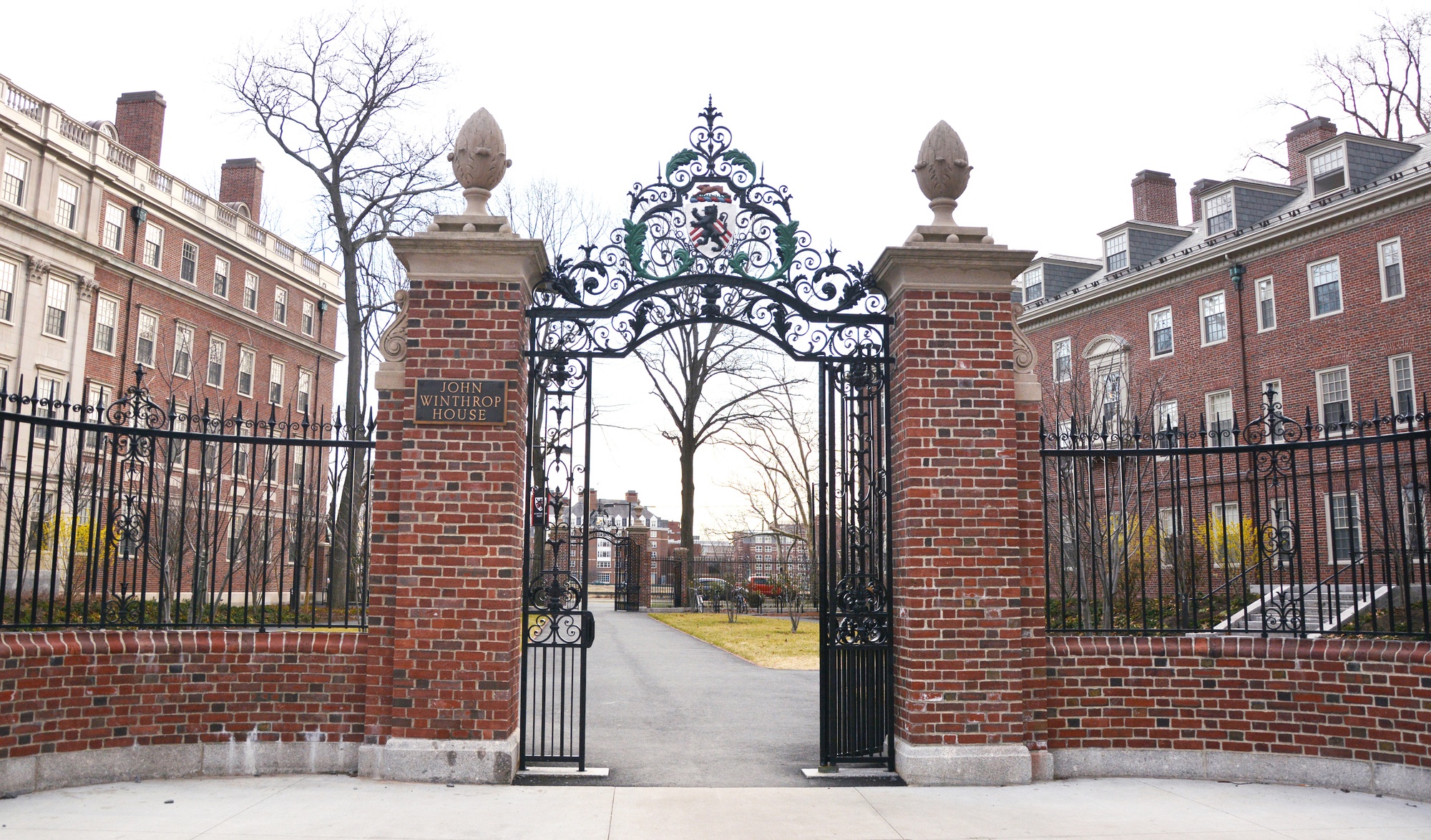 By Iulianna C. Taritsa
As the most recently renovated House, Winthrop features large suites, a beautiful dining hall and many new amenities.
By Carmen S. Enrique

As the most recently renovated House, Winthrop features large suites, a beautiful dining hall, and many new amenities. Its proximity to the river, the MAC, and Harvard Square certainly add to this close-knit House’s allure. 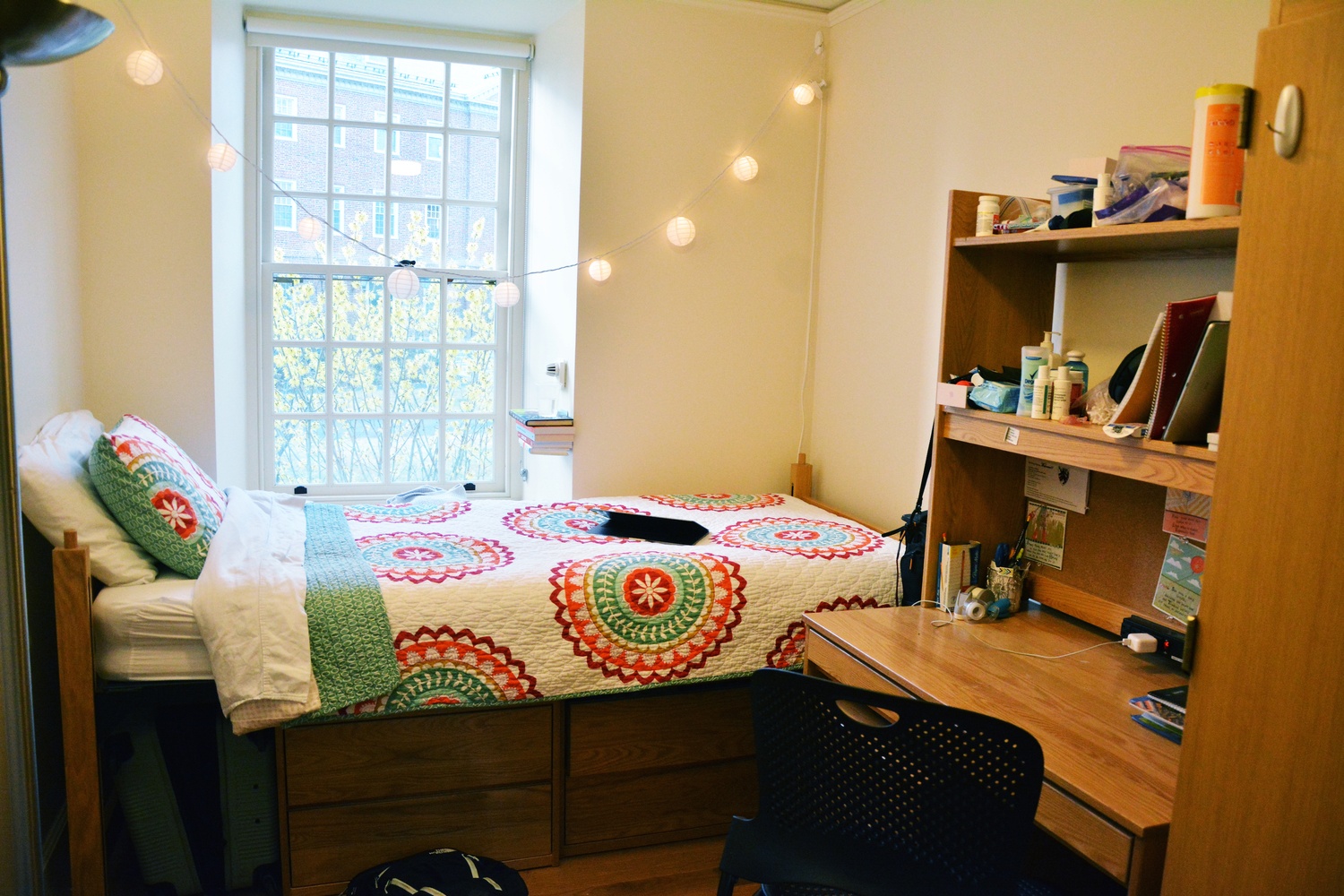 Winthrop is made up of three halls: Standish, Gore, and the entirely-new Beren Hall, though the latter is typically senior housing. Sophomores can expect to live in either hall singles or suites, as there are no hall doubles. You read that right! Most of the suites are n, so sophomores usually share a double, or convert a common room into a “single,” switching rooms halfway through the year.

In terms of party suites, there’s a large 8-person suite in Standish Hall, and Beren has a 9-man as well as several huge quads (some of these have common rooms are as large as the Lion’s Den—a new common space in Beren).

Although Winthrop is historically known for its strong performance in IMs, its community also now prides itself on the fun activities hosted in the renovated House’s shared spaces. According to HoCo co-chair Trevor D. Noon ‘19, Winthrop used to be looked down upon by the other Houses. Now, “we have the best of everything,” he says. 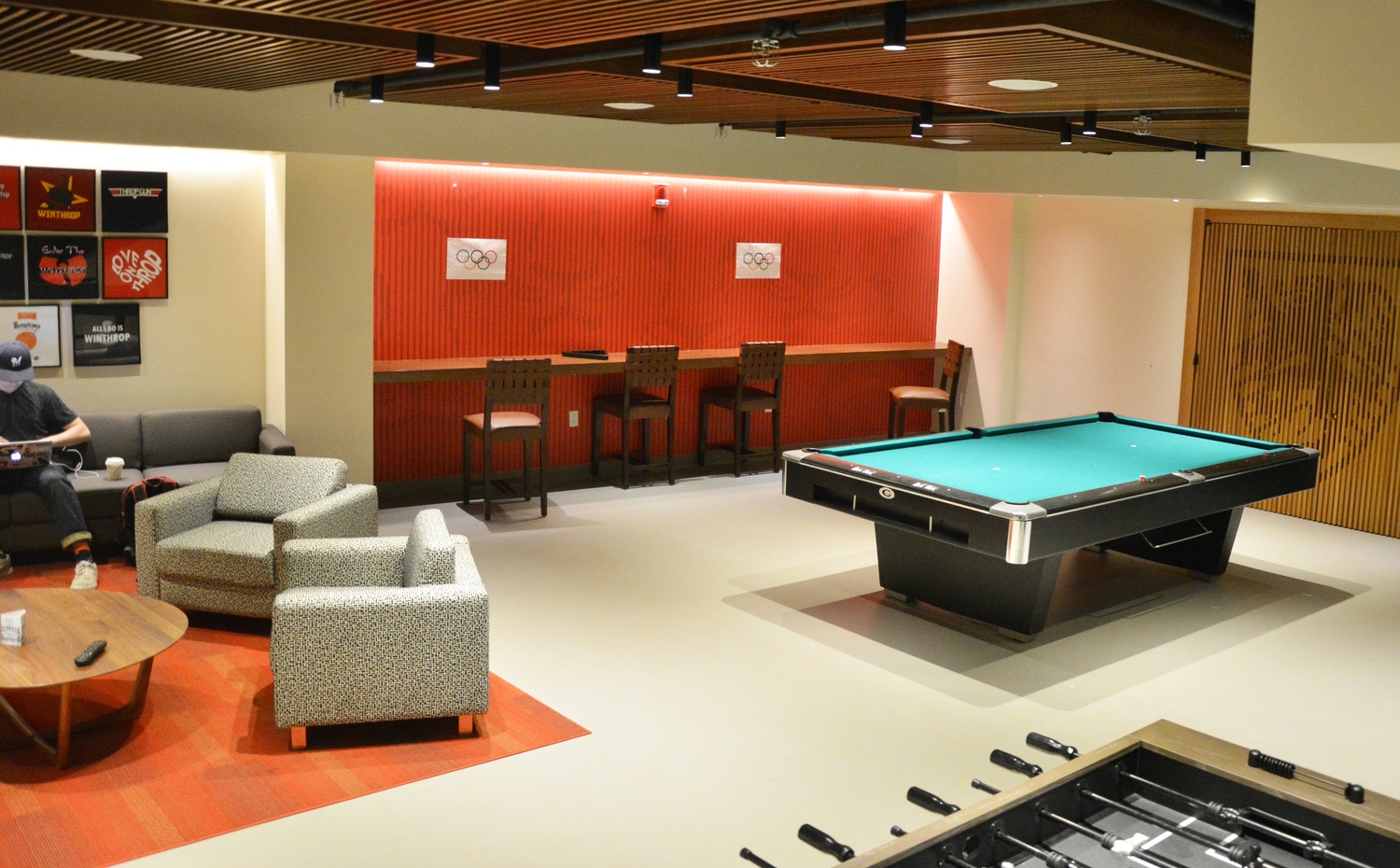 “We’re a River House, we have great singles and great suites, we’re renovated.” Among the shiny new spaces at Winthropians’ disposal are a gym, a grille, a yoga studio, a rooftop terrace, and an arts room complete with a 3D printer. Not sure if most incoming sophomores need one of those but…it’s there! 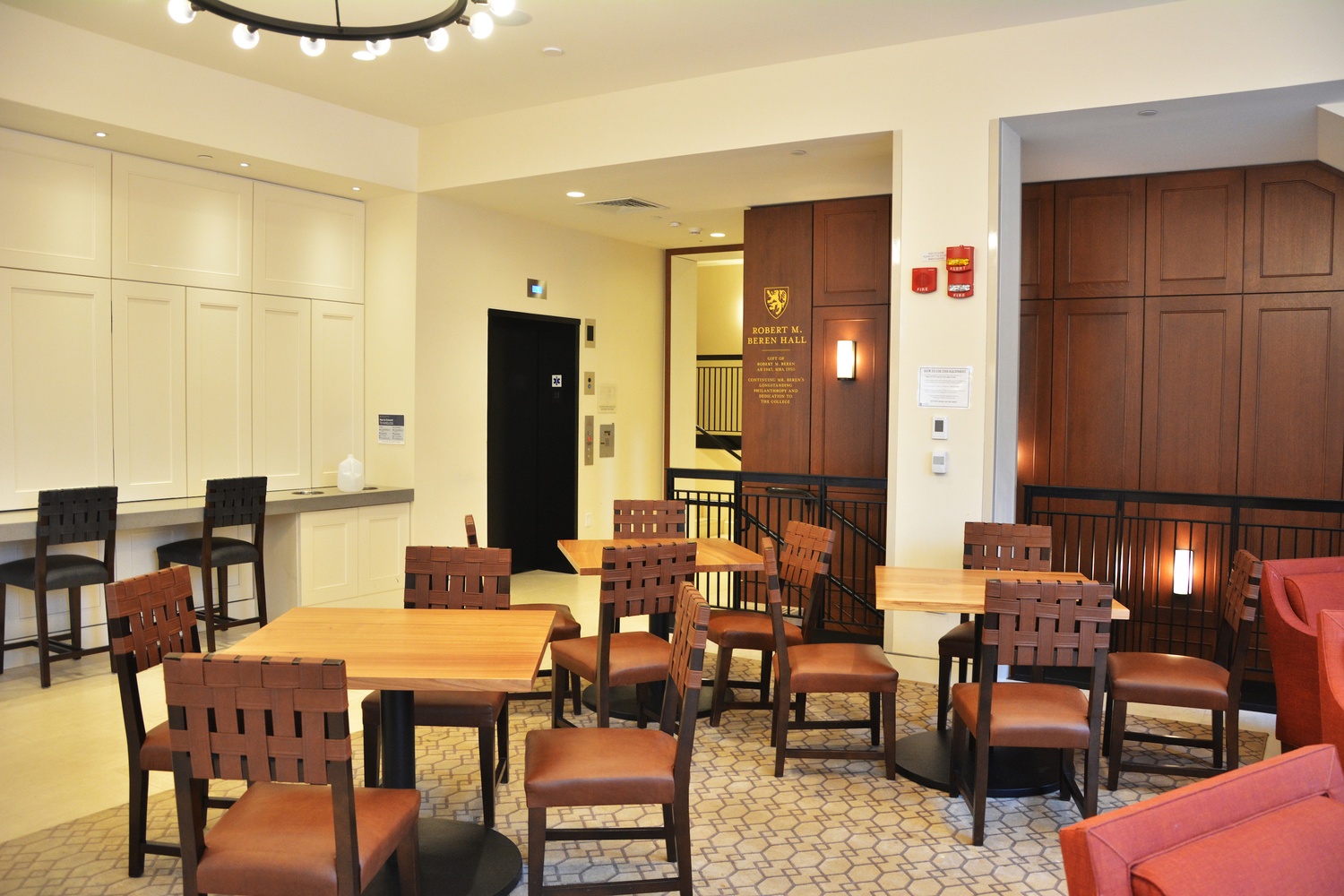 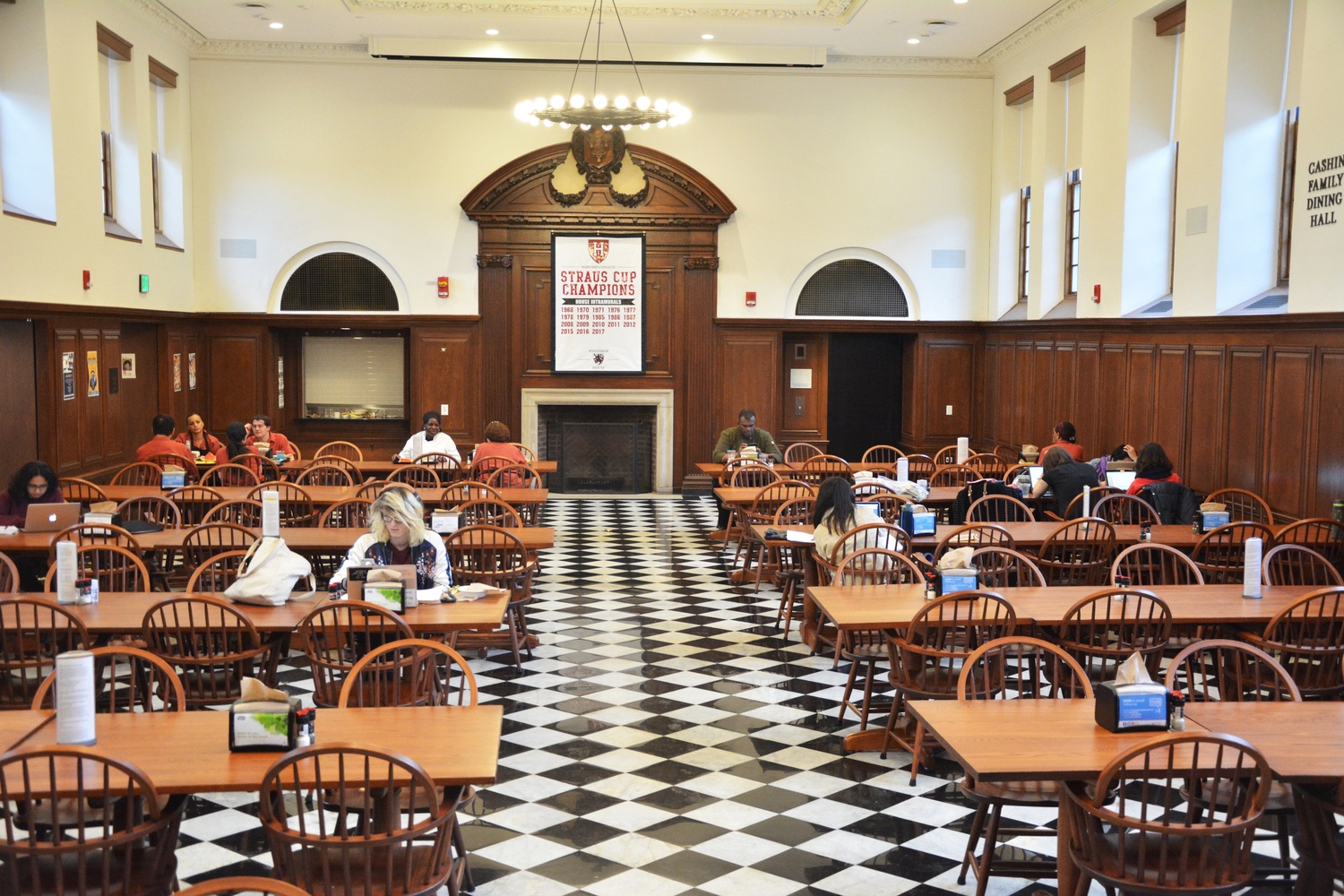 We met up with Noon in ’Throp’s shiny new dhall so he could tell us all about the virtues of his House:

How did living in swing housing last year affect the Winthrop community?

TN: Swing housing was great. One of the benefits is that the College gives your House much more money, so that your House life doesn’t suffer. You have better study breaks and more events, and even though we were spread out around campus, [these events] made us stay close.

What’s the deal with IMs and Winthrop?

TN: IM culture was built in when I came in as a sophomore, and it’s something that we value a lot. We used to have a reputation of winning at all costs, now it’s more about building the community. We still have a lot of great talents in the House, even beyond IMs. [Ryan N. Donato ‘19], who’s on the [USA men’s] Olympic hockey team, is in Winthrop. And a lot of our IM captains are club captains for the same sport.

Describe Winthrop in one word.

TN: Innovative. Not just in terms of the renovation, but the House in general. We’re trying to do a lot of new things, like having the new arts studio and putting more focus on that. It represents the student population as well because we have people who are on the forefront of different things for art, and we’re trying to highlight that. Ideally looking forward we’ll have an arts gallery with student art being displayed. 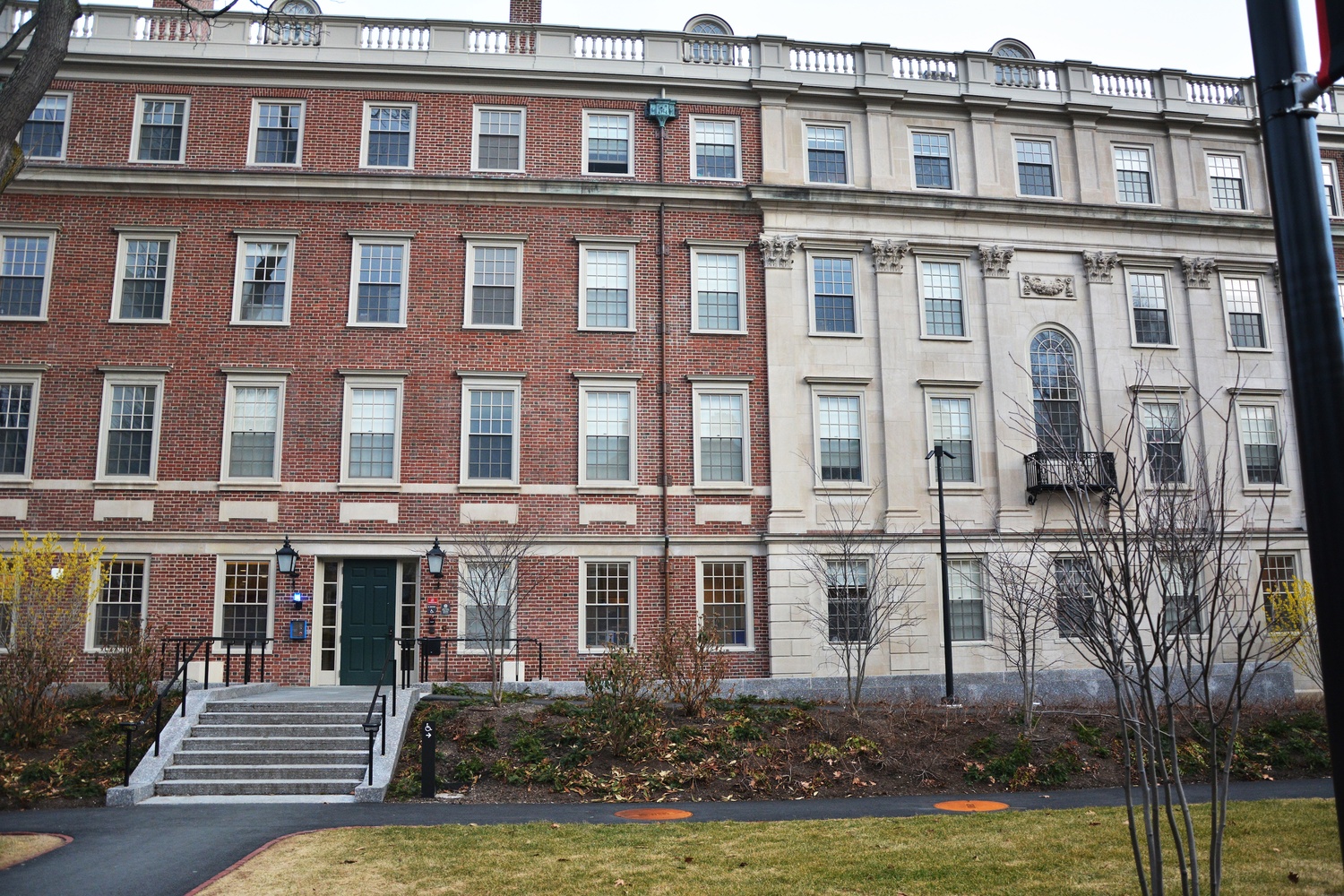