The University’s ongoing response to the #MeToo movement must include a rethinking of campus culture and how sexual misconduct is handled. 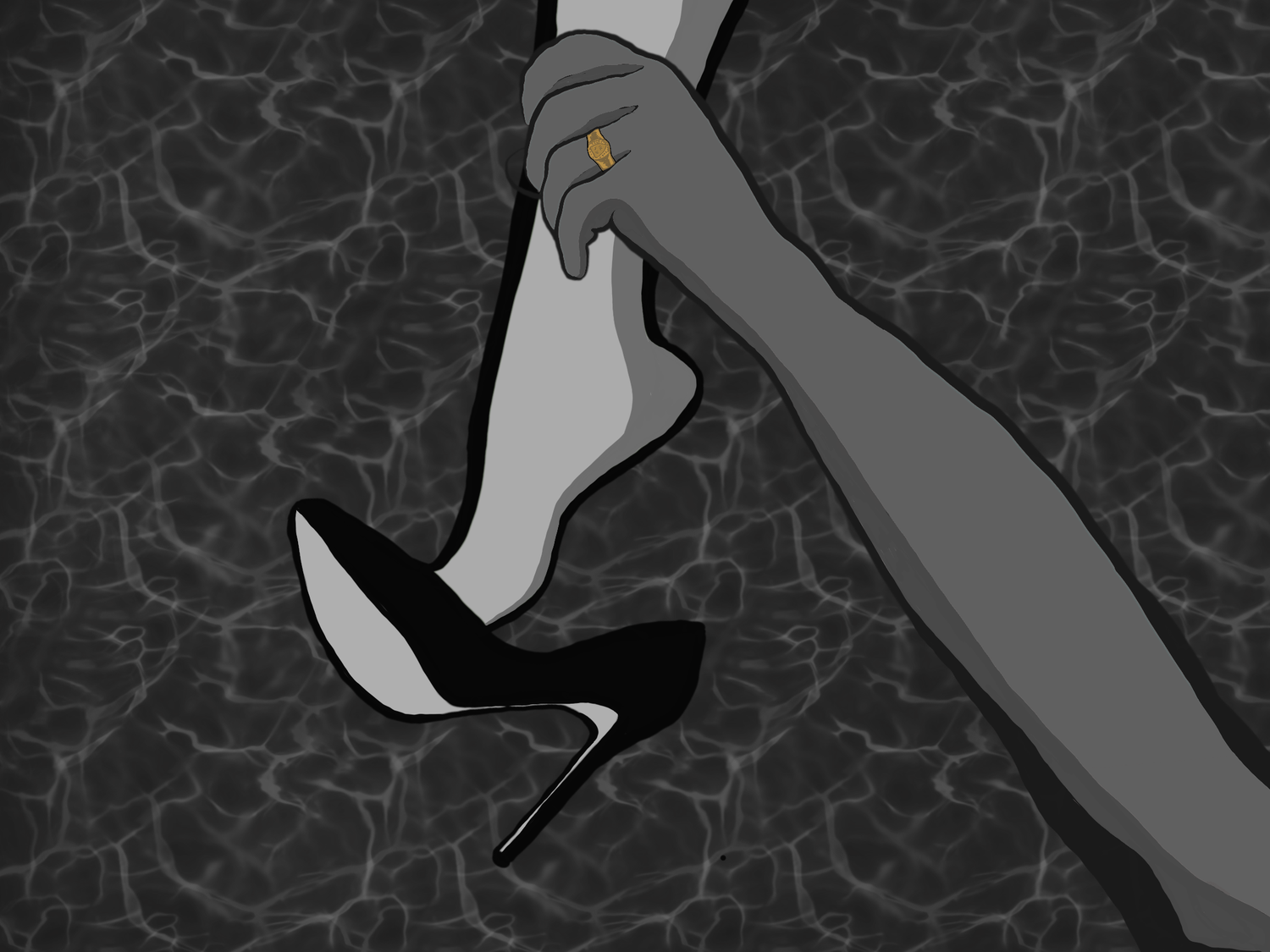 In Oct. 2017, prominent film producer Harvey Weinstein was accused of sexual assault against multiple women in the entertainment industry. Over the course of the following days and weeks, many more women accused Weinstein of similar abuse, and he was fired from his company and expelled from the Academy of Motion Picture Arts and Sciences. The women’s accounts of Weinstein’s systematic pattern of predation exposed to many the uncomfortable realities of an industry rife with sexual assault.

The reaction to Weinstein’s behavior was not limited to the entertainment industry. Heartened by the rapid fall of a man as powerful as Weinstein, people in a diverse array of sectors came forward using the hashtag #MeToo. For those who had been blind to the scope and scale of the problem of sexual assault, the movement served as a rude awakening to its prevalence and fed into the discussion about sexual assault in places already notorious for their records on sexual assault: college campuses. As the broader #MeToo movement addressed the misbehavior of elite men, the debate around college campuses has embroiled the schools that train these future elites, Harvard among them.

Harvard is irrevocably tied to the #MeToo movement; the movement’s message is one for which our administration must advocate. The #MeToo movement has finally begun to hold powerful men accountable for their sexual misconduct. Allegations have been brought forth against some of the most influential titans in entertainment, politics, and science. This University has been responsible for training and educating generation after generation of powerful men. Unsurprisingly then, some of the accused have ties to Harvard.

We do not believe that Harvard can be held fully accountable for the actions of its affiliates or the decisions they make after leaving Cambridge. Yet we believe that this institution, which bills itself as cultivating the future leaders of the world, has a moral obligation to build a campus culture that condemns sexual harassment and violence in the strongest possible terms. We are especially reminded of this obligation during commencement, when new Harvard graduates are sent out into the world and the undoubtedly bright futures awaiting them. We hope that their education here will prepare them to be not just great, but good, leaders.

As this semester has repeatedly reminded us, the culture on Harvard’s campus has not always enforced basic lessons on respecting others, particularly women. Sexual misconduct has had a significant, damaging, and tragic influence within Harvard’s own walls. In a profile by the Chronicle of Higher Education, Government professor Jorge I. Dominguez was accused by ten women—both students and faculty members—of sexual harassment. Eight more women would speak out with similar allegations.

Harvard had already sanctioned Dominguez for his alleged sexual misconduct toward one of those women, Terry L. Karl, in 1983. Rather than taking strong disciplinary action against him, Harvard only briefly stripped him of his administrative responsibilities. He was allowed to not only remain at Harvard, but to accrue a long list of honors and interact with countless faculty members and students. While Harvard enabled Dominguez to become a powerful man in his field, Karl departed from the University.

The Dominguez allegations constitute an all-too-common picture of a powerful man using his professional influence to protect and enhance his predatory sexual behavior. When Karl was just starting out in her career, Dominguez was assigned to mentor her and allegedly hinted that he could influence her future career trajectory while attempting to coerce sexual favors.

While the Dominguez allegations have received the lion’s share of news coverage, they are not unique at Harvard. Even in the past week, allegations of sexual harassment—defined in part as “lewd or sexually suggestive comments, jokes, innuendoes, or gestures,” in the University’s Title IX policy—have been brought forward against celebrated Economics professor Roland G. Fryer, Jr. One of the at least two formal complaints made to Harvard’s Title IX office alleges that Fryer made “sexually inappropriate comments” to and about employees and “objectified and sexualized” women, including female employees. In a statement provided by his lawyer, Fryer denied any wrongdoing. University-level as well as state-level investigations are ongoing.

It is highly improbable that sexual misconduct in the University’s academic sphere is limited to these specific incidents. In a recent Crimson survey, nearly 30 percent of faculty members who responded said they knew someone in their department who had experienced sexual harassment or assault. As unfortunate and uncomfortable as this reality may be, Harvard must face it head-on. Harvard can no longer address these incidents retroactively, but must develop a program to prevent these incidents from occurring in the first place.

Cases of sexual harassment and assault in faculty are representative of a larger issue deeply and systemically rooted within this institution. The experiences of professors navigating an all-too-often sexist or even hostile workplace are mirrored by that of students. Undergraduates—particularly women—have been sexually exploited far too often on this campus. The men’s soccer team’s treatment of its female counterparts, likely from at least 2012 to 2016, exemplifies this misconduct. Women’s varsity soccer recruits were explicitly sexualized, assigned a sexual position as well as one on the field in their “scouting report.”

This was not an isolated case. The men’s cross country team had similarly circulated an annual spreadsheet rating the women’s team up until 2016. Other than a cancellation of two out of 17 games for the men’s soccer team and an “athletic probation” that had no defined consequences for the men’s cross country team’s season or competition, no further actions were taken by the college to reprimand the students responsible for these acts.

These patterns find themselves replicated and amplified for undergraduates along Mt. Auburn Street as well. Sexual misconduct is notoriously associated with final clubs. A 2016 Task Force on Sexual Assault Prevention found that 47 percent of female respondents in their senior year who participated in final club life reported “experiencing nonconsensual sexual contact” during their time at the College. The clubs disputed the conclusion, and recent administrative sanctions of final clubs have shifted focus away from sexual assault prevention to issues of inclusivity. As debate over the new social group policy continues, we are concerned that students and administrators alike may have forgotten the serious need to address issues of sexual violence within Harvard’s social scene.

The handling of these issues rings clear with a common note: Perpetrators of sexual misconduct on campus face few consequences for their actions. Across departments, schools, and news headlines, we see a pattern of sexual harassment, assault, and abuse emerging. This pattern is not new, and it has undoubtedly left far too many victims in its wake. It has empowered abusers and silenced survivors. Enough is enough. We expect and demand both that Harvard takes action and communicates this action to the student body.

As we have previously opined, sexual harassment and assault trainings are laughably ineffective and poorly enforced. The College should make Office of Sexual Assault Prevention and Response trainings mandatory and in-person. Currently, in-person sexual harassment and assault trainings are only required at the start of freshman year. Every other year, students are required to complete an online module. This is grossly insufficient in that the information gained by students tends to fade away quickly. Moreover, online modules makes it difficult to ensure that students are actively engaged with the material.

Harvard should also make OSAPR trainings more focused on real-life sexual assault prevention. The in-person trainings and online modules are not doing enough to facilitate conversations about sexual violence and reminding students of the resources they can use. In 2015, 31.2 percent of Harvard College female seniors who responded to a sexual conduct climate survey reported that they experienced nonconsensual “penetration and sexual touching” in college. This deeply concerning statistic suggests that OSAPR trainings are ineffective in teaching students how to prevent sexual violence.

Harvard’s approach to sexual assault training should be multifaceted. The best way the University can help victims and prevent future assaults is by increasing the amount and quality of resources available to students, hiring personnel with diverse backgrounds, encouraging new strategies for investigations, and streamlining and publicizing the process by which individuals can submit a complaint.

Currently, survivors of sexual assault must navigate an onslaught of different organizations and offices and complaint processes to receive essential services. They must go to a Boston-area hospital for a rape kit. They must go to the Ad Board for a no-contact order. They must go to University Health Services for counseling and STD tests. They must go to their Resident Dean for academic accommodations, and OSAPR and the Title IX Office for guidance. For a recent survivor, bouncing from office to office and continuously recounting their assault may exacerbate their trauma. These resources must be centralized and molded to be as convenient for every student as possible.

Furthermore, OSAPR and other peer counseling groups should clarify the relationship between concerned students and community members and investigators. OSAPR must ensure that students and faculty never feel confused, overlooked, or trivialized in addressing these issues, which affect not only survivors but the entire community. An engaged community is one of the best ways to change the culture of sexual misconduct that is an unfortunate reality of the Harvard academic sphere.

We hope that moving forward, the University’s offices that handle sexual misconduct are able to strike a balance between protecting the privacy of investigations and informing the Harvard community about the pervasiveness of sexual assault and the University’s response to past cases. Transparency is essential to making victims feel comfortable coming forward.

Writing and reading about sexual misconduct can be difficult, especially during commencement. It is not a cheerful topic, and calling attention to these dark moments in Harvard’s history may certainly cast a storm cloud over an often dreamily nostalgic event. Yet we must remember the survivors who carry traumatic memories from Harvard as well as positive ones. We believe that this subject is so important and so antithetical to everything that Harvard ought to stand for, that we cannot leave it untouched.

The #MeToo movement has done an excellent job of empowering survivors to name those who exploit their power in society to sexually abuse, harass, and assault people of all genders. Harvard’s role in this movement should be to do what it knows best—to teach. We call upon Harvard to teach students the importance of affirmative consent, to respect women, and to affirm the rights of survivors. Harvard, too, can and must do better.