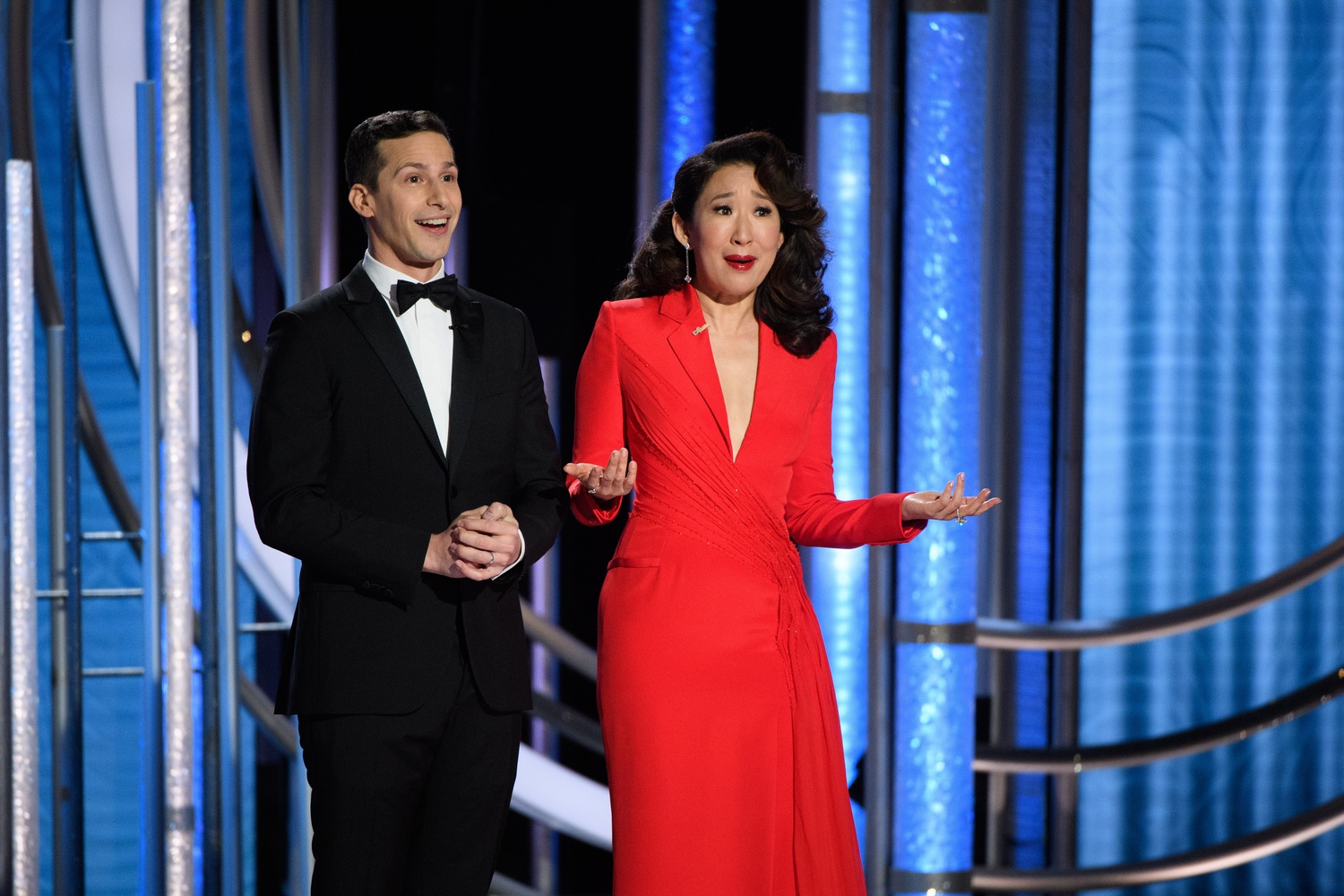 There can be 100 people in a room, but it only takes one to laugh inappropriately during Sandra Oh’s emotional Golden Globe awards monologue. “I said yes to the fear of being on this stage tonight because I wanted to be here to look out into this audience and witness this moment of change,” the host said. “And I’m not fooling myself. Next year it could be different. It probably will be. But right now, this moment is real. Trust me, it is real. Because I see you.”

And then, unmistakably, a strange laugh was caught on the telecast, out of sync with Oh’s fervent exhortation for lasting social change in an industry that has, for decades, remained stagnant. Yet nobody seemed to notice. The camera panned out. The show went on. “And I see you,” Oh concluded, unfazed. “All these faces of change. And now, so will everyone else.”

Though Oh established herself as a “face of change” that night — making history as the first Asian host of the ceremony, as well as the first Asian woman to win multiple Globes — that strange tonal dissonance between invigoration and apathy seemed to hover uncomfortably over the rest of the ceremony. Indeed, this year’s Golden Globes had a decidedly lethargic ambiance. Both of the prior post-2016 election Globes ceremonies featured a politically charged anxiety, as the nation’s filmmakers and actors realized their art form could be a tool of resistance. 2017 saw a slew of political speeches, most memorably Meryl Streep’s impassioned acceptance speech for the Cecil B. DeMille Award celebrating the arts and lambasting abuses of power displayed by then President-elect Donald Trump. Last year, in the heat of the Time’s Up movement, Oprah Winfrey gave a similarly zealous speech for the same award, to an audience clad in black in solidarity with #MeToo activism. Her monologue was so empowering, it had social media clamoring for a presidential campaign. “I want all the girls watching here now to know that a new day is on the horizon,” Winfrey said.

Now, it seems, that energized plea for change has faded into wry, tongue-in-cheek acknowledgement. Politically charged acceptance speeches have become par for the course; that is, somewhat hand-wavy and halfhearted. Jeff Bridges, who was awarded this year’s DeMille award, gave a brief speech that seemed more inclined to lukewarm nautical metaphors than galvanized declarations: “We’re alive. We can make a difference. We can turn this ship in the way we want to go, man.” (To his credit, Bridges has been vocal in his support of gun safety and the protests at Standing Rock.) The closest to caustic polemic this year’s show came was Christian Bale, who won for his portrayal of Vice President Dick Cheney. “What do you think, Mitch McConnell next?” Bale said jokingly of playing “charisma-free assholes.” The Time’s Up movement, which spawned last year’s all-black attire, relegated the movement to pins and ribbon bracelets this year. It felt inadvertently symbolic: Even the most energized movements, if they lose momentum, can become accessory.

But some of the evening’s more egregious offenses amounted to more than omission. The Hollywood Foreign Press Association (HFPA), only 88 members strong, is given to its idiosyncrasies, and tonight was no exception. When “Bohemian Rhapsody” and “Green Book” claimed Best Motion Picture awards for Comedy or Musical and Drama, respectively, many viewers were rankled by the HFPA’s decision to celebrate such contentious films. Both movies have been met with their fair share of controversy and criticism, for depictions of real events that have felt overly simplistic — “Bohemian Rhapsody” for a sanitized portrayal of Freddie Mercury’s queerness and “Green Book” for a slew of public disputations, including disapproval from the real-life Shirley family and its proclivity toward noxious stereotypes about black life. On the surface, both films seem like superficial victories for representation, yet they fail to do justice to the actual communities they purport to represent.

Clearly, Hollywood has come to understand that it needs representation in order to survive in the fraught, oppressive, post-2016 cultural climate. Yet now it must confront the messy question of precisely how to approach representation on-screen — and additionally, the uncomfortable notion that there are, in fact, wrong ways of going about it. Art that gesturally declares itself in service of representation and inclusivity may have sufficed before. But now, in the climate of urgency that comes on the heels of the #MeToo and #OscarsSoWhite movements, that approach feels tepid and grossly self-congratulatory.

These days, it’s not enough to merely signal at representation. It takes a concrete promise. In accordance with the Time’s Up movement for gender parity in the industry (also known as Time’s Upx2), Regina King pledged to only produce gender-equal films in the upcoming year in her acceptance speech for Best Supporting Actress. “I challenge anyone who is in a position of power… to stand with us in solidarity and do the same,” she said. In the words of Sandra Oh, next year, it could be different. With hope, it will be.