More Than Half of Grad Student Survey Respondents Report Discrimination 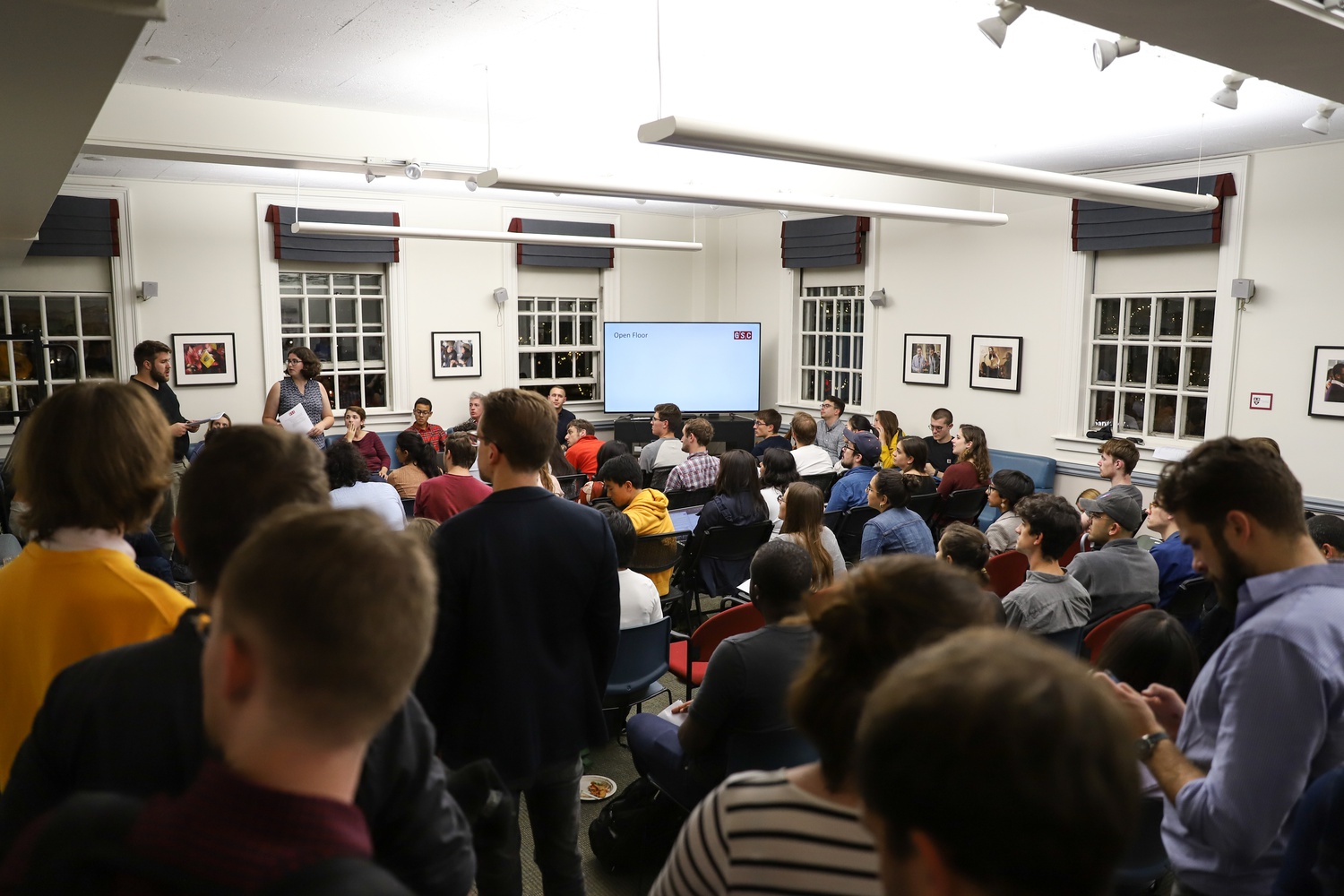 More than half of respondents to a graduate student survey on discrimination and harassment reported they have experienced discrimination at the Graduate School of Arts and Sciences, members said Wednesday.

The council presented the results at its monthly open meeting Tuesday, where it also voted to support the graduate student union’s right to strike and the GSAS Latinx Student Association’s call for further administrative response to a recent interaction between Harvard University police and undergraduate students of color.

Of the 4,521 students enrolled at GSAS, 497 responded to the survey, which was administered by the GSC in October.

Nearly 50 percent of students in their seventh or eigth year at GSAS reported experiencing more than 10 incidents of “overt discrimination or harrassment” during their time at the school, while more than 80 percent of students in their fifth and sixth years reported experiencing “overt discrimination or harrassment” at least once.

In a section of the survey that asked students to provide written responses, multiple respondents reported discontent with the services Harvard provides for addressing both mental health issues and incidents of sexual misconduct. GSAS Diversity and Inclusion Fellow Xavier J. du Maine presented the fill-in data, pointing out responses that were critical of the University.

GSC executive board member Alexis Turner concluded the survey presentation by announcing that the GSC will partner with former Harvard University Health Services Director Paul J. Barreira and the Office of Institutional Research to further address discrimination and mental health concerns among graduate students. Barreira’s team at OIR has collected more than 3,000 graduate student responses on its own mental health survey, according to Turner.

“The major problem is actually loneliness,” Turner said. “We’re reading this as actually having a very significant overlap with Diversity and Inclusion issues. Plus, [Barreira] also found a very strong representation between being an underrepresented minority — a person of color, LGBTQ, first generation — and these issues, so we’ll be partnering with his team on finding ways to address this.”

After presenting the survey results, the GSC unanimously voted to support the Harvard Graduate Students Union-United Automobile Workers' right to strike, declaring in a resolution that the GSC “urges Harvard faculty, staff, and undergraduates to respect the right of HGSU-UAW members to participate in strike actions.”

The GSC also considered a proposal to support the Latinx Student Association’s call for the Faculty of Arts and Sciences to publicly release its report on a recent incident in which an HUPD officer confronted undergraduate students of color in Harvard Yard.

The students were attempting to install a Spanish class art-exhibition on a fence in the Yard when the officer questioned their actions and asked to see their IDs, according to the report. The students’ professor soon arrived, and after a back-and-forth with the officer and multiple University officials, the students were permitted to hang their project. The report found police did not have “malicious intent” during the interaction.

GSC executive board member Michael Ortiz decried the incident at the meeting.

“This performance has been happening since 2015 in the same class. This is not an exceptional moment,” Ortiz said. “This is a very clear and egregious example of harassment of students that are expressing their identity and developing knowledge and scholarship within the confines of the University.”

Except for three abstentions, the GSC unanimously resolved to support the LSA’s calls for FAS to release the report and begin “rebuilding the relationship between students and the Harvard Police Department.”

“We’re hoping that your support will give us the ability to go up to the Deans and say ‘Hey, this is an important thing. You can’t just sweep it under the rug,’” Ortiz said.

Swain declined to comment on the LSA’s calls, pointing to earlier statements from University officials on the Oct. 24 incident.

Gay wrote in an email to faculty in the wake of the report that she accepts all of its recommendations.