What Happens Next with Title IX: DeVos’s Proposed Rule, Explained

Here’s what we know so far about the rule’s future and how universities will be expected to comply.
By Simone C. Chu and Iris M. Lewis 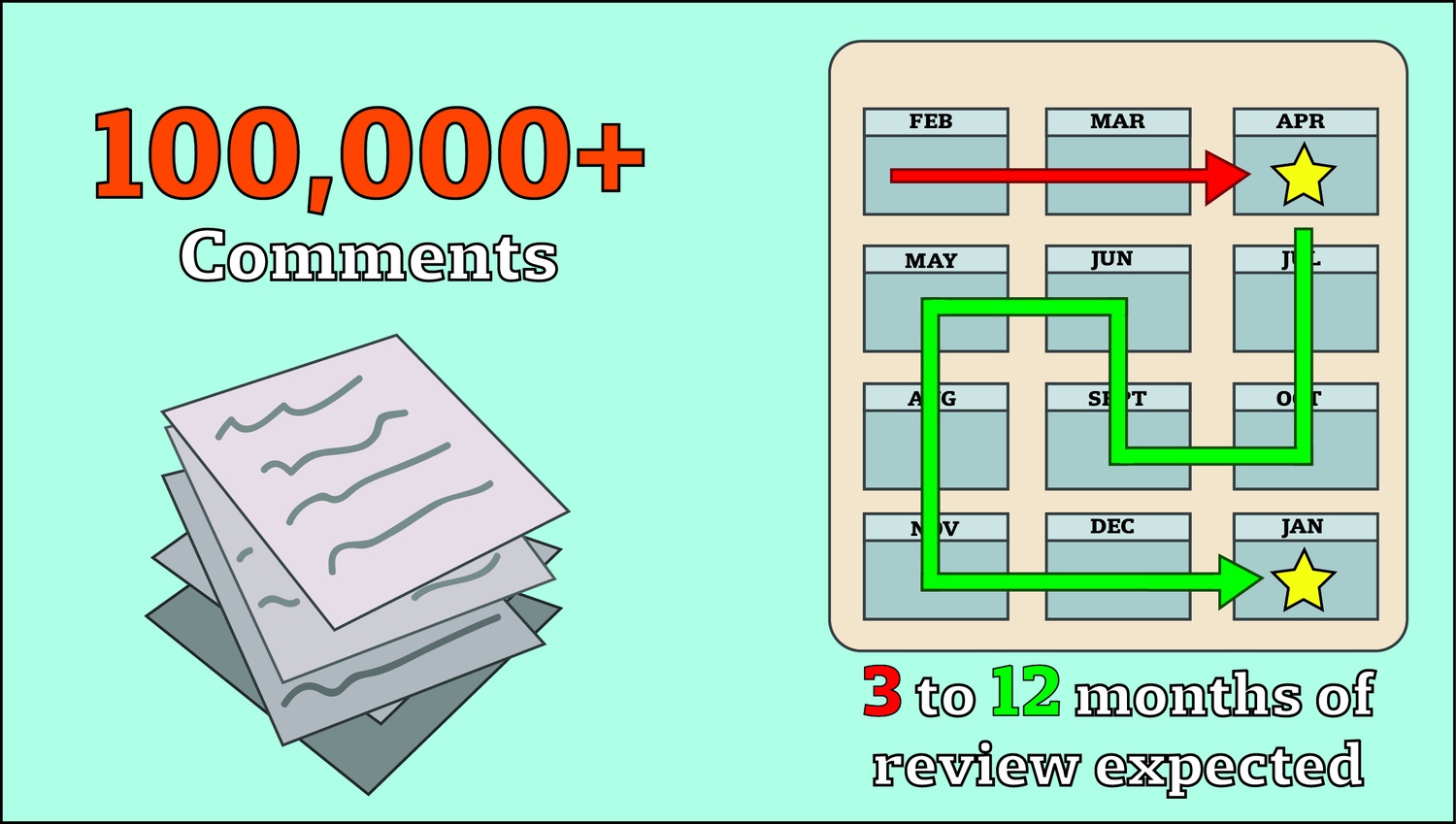 United States Secretary of Education Betsy D. DeVos released a new proposed Title IX rule in November 2018, opening it up for a 60-day comment period that ultimately garnered more than 100,000 pieces of feedback. Since the rule’s release, it has sparked both controversy and confusion. Here’s what we know so far about the rule’s future and how Harvard and other universities will be expected to comply.

What is Title IX?

Title IX is a federal law that underpins Harvard’s policies on gender and sex-based discrimination. It states that no person in the United States should be discriminated against on the basis of sex in any educational programs or activities that receive federal funding.

At a national level, Title IX is enforced by the U.S. Department of Education’s Office for Civil Rights. OCR conducts compliance reviews and responds to complaints alleging sex discrimination. All schools that receive funding from the federal government — including Harvard — must abide by rules that govern Title IX enforcement.

In 2011, the Obama-era OCR issued a “Dear Colleague” letter that governed schools’ approach to Title IX for years. DeVos withdrew that guidance in September 2017, and more than a year later, in November 2018, she released her own Title IX rule that would have the force of law if codified.

What is DeVos's proposal?

The proposed rule mandates that Title IX investigations include live hearings with cross-examinations, a practice that was discouraged under the Obama administration. The rule will also make all evidence in investigative proceedings available to both parties and eliminate restrictions on parties’ rights to speak about allegations.

The new rule further requires Title IX coordinators to file formal complaints any time there are multiple complaints against one individual, regardless of whether alleged victims want to pursue a formal investigation.

How has Harvard responded?

The new rule mandates unprecedented changes to Title IX investigations — a move that has proven controversial for the Department of Education.

Harvard submitted two comments in response to the rule via the Association of Independent Colleges and Universities in Massachusetts and the Association of American Universities. The College’s Undergraduate Council, several professors at the Law School, and a number of University student groups also shared their thoughts.

Many of the comments took issue with the new rule, criticizing the new definition of sexual harassment and the mandate that investigations include live hearings. The rule’s opponents argue that the live-hearing requirement will discourage victims from coming forward; those in favor claim the increased systematization will maintain fairness.

What happens to the public comments now?

Now that the notice-and-comment period has closed, the Department of Education is under legal obligation to consider and respond to all substantive comments, according to Jacob E. Gersen, a Harvard Law School professor who consults on disputes involving federal administrative agencies and Title IX proceedings in higher education.

A spokesperson for the Department of Education confirmed via email that it is currently reviewing the comments and will publish the final rule only after reviewing and considering all public comments.

The review period could take a few months to a year, experts estimate.

“One hundred thousand is a massive amount of comments, and many, many, many of them were highly substantive,” said Cari Simon, a lawyer at the Fierberg National Law Group and a former Law School Gender Violence Program fellow.

How do the changes impact Harvard's Title IX enforcement?

In response to a question about how the Department of Education would apply the new rule to already existing investigations filed under the old guidance, a spokesperson for the department said OCR “applies relevant law as it exists, including when changes occur.”

Law School Professor Janet E. Halley said that though some schools are already preparing to comply with the new rule, many will wait to see the final outcome before officially changing their policies.

“I think most schools are going to wait, so they don’t have to put in a bunch of reforms and changes in a pendency period and then reform the reforms,” she said.

Though it is uncertain when the rules will be finalized, it is likely that a proposed Title IX rule will eventually be implemented in some form, Gersen said.

“Proposed rules are sometimes withdrawn, but it is rarely because political opposition to the rule is expressed in the comments,” he wrote. “In my experience, it is quite rare for an agency to abandon a proposed rule entirely because of negative comments.”

OCR complainants who have open Title IX investigations surrounding universities’ compliance are permitted to withdraw their complaints at any time for any reason, including if they do not wish to continue under the eventual rule.

How will the new rules be enforced?

Title IX regulations are enforced through OCR investigations. If a school is found to be out of compliance with Title IX during an investigation, the issue is usually resolved with a voluntary resolution agreement, according to Diane L. Rosenfeld, a Law School lecturer who taught a course about Title IX in the fall.

Schools that repeatedly refuse to comply with Title IX can be threatened with a loss of federal funding. Rosenfeld said, however, that it is unlikely that a school’s funding would ever be revoked in practice.

“While it is a power of the Department of Education, it has, to my knowledge, never been used,” she said.

Simon likened the Title IX rules to a “floor” — a bare minimum for what schools are required to do to address sexual harassment on campus. Even in the face of a rule change, Rosenfeld said she hopes schools will hold their policies constant.

“I would advise schools to not change their policies, and to make sure that their policies and procedures are fair to both sides, and are trauma-informed and sensitive to a student whose education was compromised by sexual assault,” she said.

A previous version of this article misquoted Janet Halley as saying, "They don’t have to put in a bunch of reforms and changes in a dependency period." In fact, she said "pendency period."

—Staff writer Simone C. Chu can be reached at simone.chu@thecrimson.com.Follow her on Twitter @simonechu_.