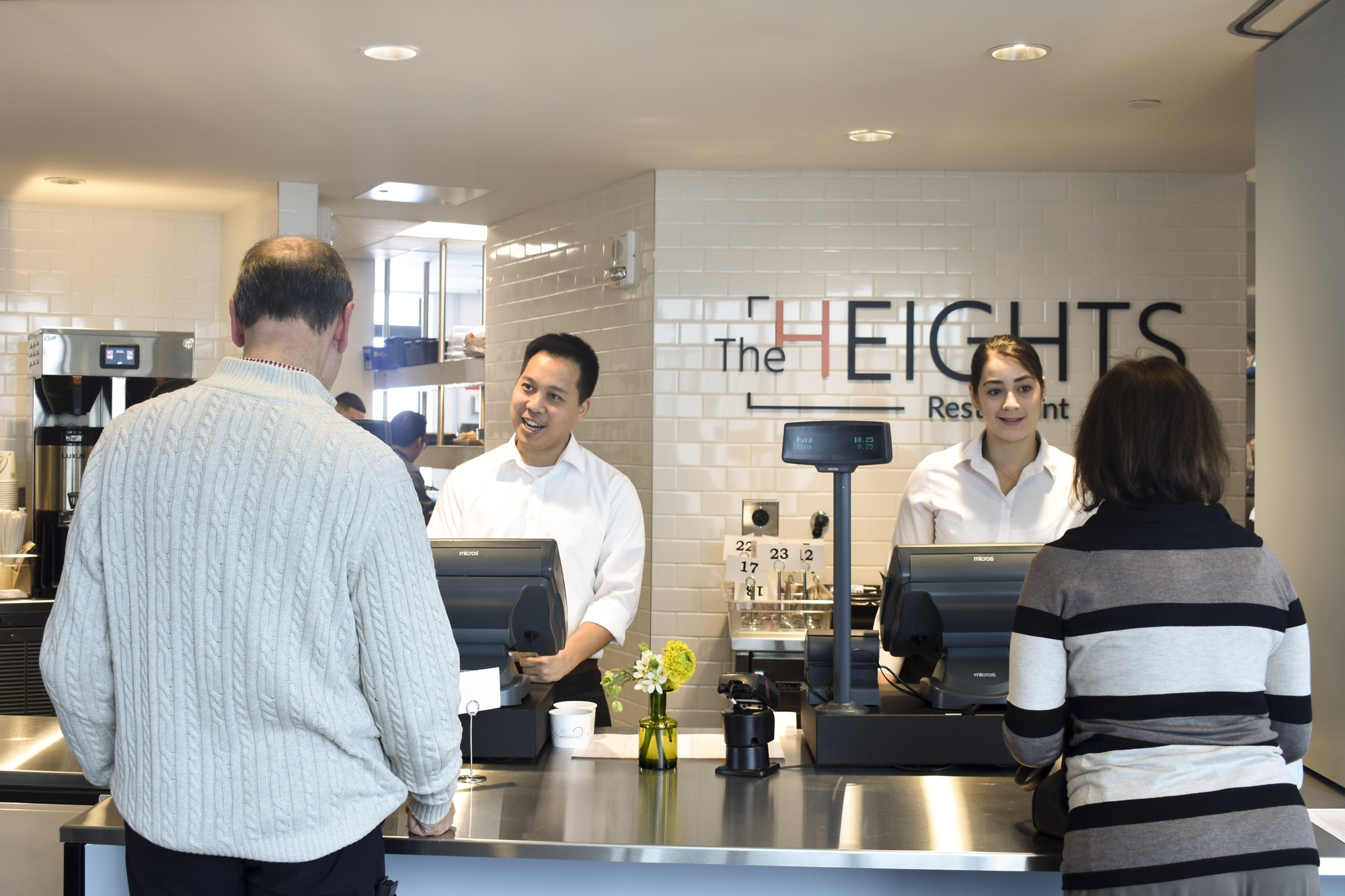 The Heights Restaurant opened on the tenth floor of the Smith Campus Center on Monday.
By Ellen M. Burstein and Sydnie M. Cobb, Crimson Staff Writers 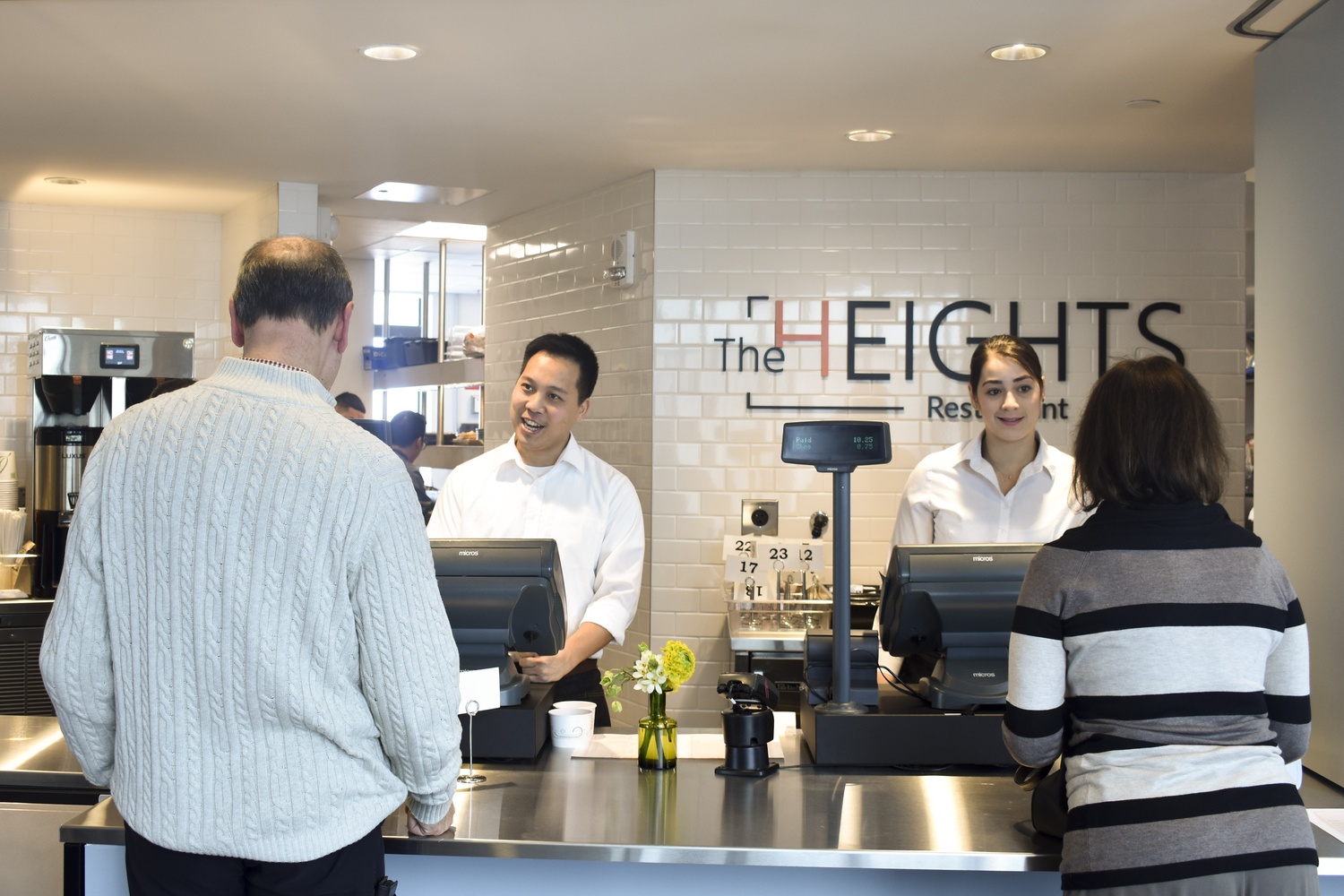 The Heights Restaurant opened on the tenth floor of the Smith Campus Center on Monday. By Amanda M. DiMartini

Excitement peaked at the Smith Campus Center on Monday afternoon as Harvard affiliates celebrated the grand opening of the building's newest restaurant, The Heights.

Located on the top floor of the Smith Center — which serves as a study space for Harvard ID-holders — The Heights allows University affiliates and their guests to dine on an Asian and European- inspired menu while admiring sweeping views of Cambridge and Boston.

The Heights adds to a plethora of ground-floor offerings, including Bon Me, Whole Heart Provisions, and Saloniki, which are accessible to the broader Cambridge community.

Joe Santos and Rolando Abaquin — executive chefs of The Heights — said in a press release they were drawn to the Smith Campus Center as a prime restaurant location because it represents a “new and innovative chapter for the University.”

“Our goal is to deliver an elevated food experience, and I don’t mean that because we’re on the top floor,” Santos said in the release. “We want to take familiar favorites to a new level.”

Director of Common Spaces Julie Crites encouraged Harvard students and affiliates to visit the new restaurant and experience its variety of food options in the press release.

“We hope students, faculty, staff, and alumni will appreciate this new space as both a quick and relaxing lunch spot as well as a unique destination for evening drinks, snacks, and dinner,” Crites said.

Santos said in an interview that the eclectic menu helps foster a “relaxing” environment.

“The menu is contemporary American, or a mix of what America is now. I’m Asian-American, but I also grew up up with a lot of Latin Americans and Caribbeans,” Santos said. “It’s very comforting food with a twist here and there.”

Santos also said the opening event had a good turnout despite the snowstorm that hit the Boston area overnight. Although Cambridge Public Schools were closed, the University remained open for normal operations on Monday.

Fatema H. Elbakoury, a student at the Harvard Divinity School, said she will be a returning patron at The Heights.

“I saw they had sandwiches, but I wasn’t hungry enough,” Elbakoury said. “Then I saw the fries, and they were really good. They had the perfect amount of spice.”

“You [won’t] be able to find anything like it on campus,” she added.

The Heights operates from 11:30 a.m. to 2:30 p.m. Monday through Friday. On March 26, the restaurant will introduce a cocktail menu Tuesday's through Friday's from 5:00-11:30 p.m. with dinner service to come in the near future.