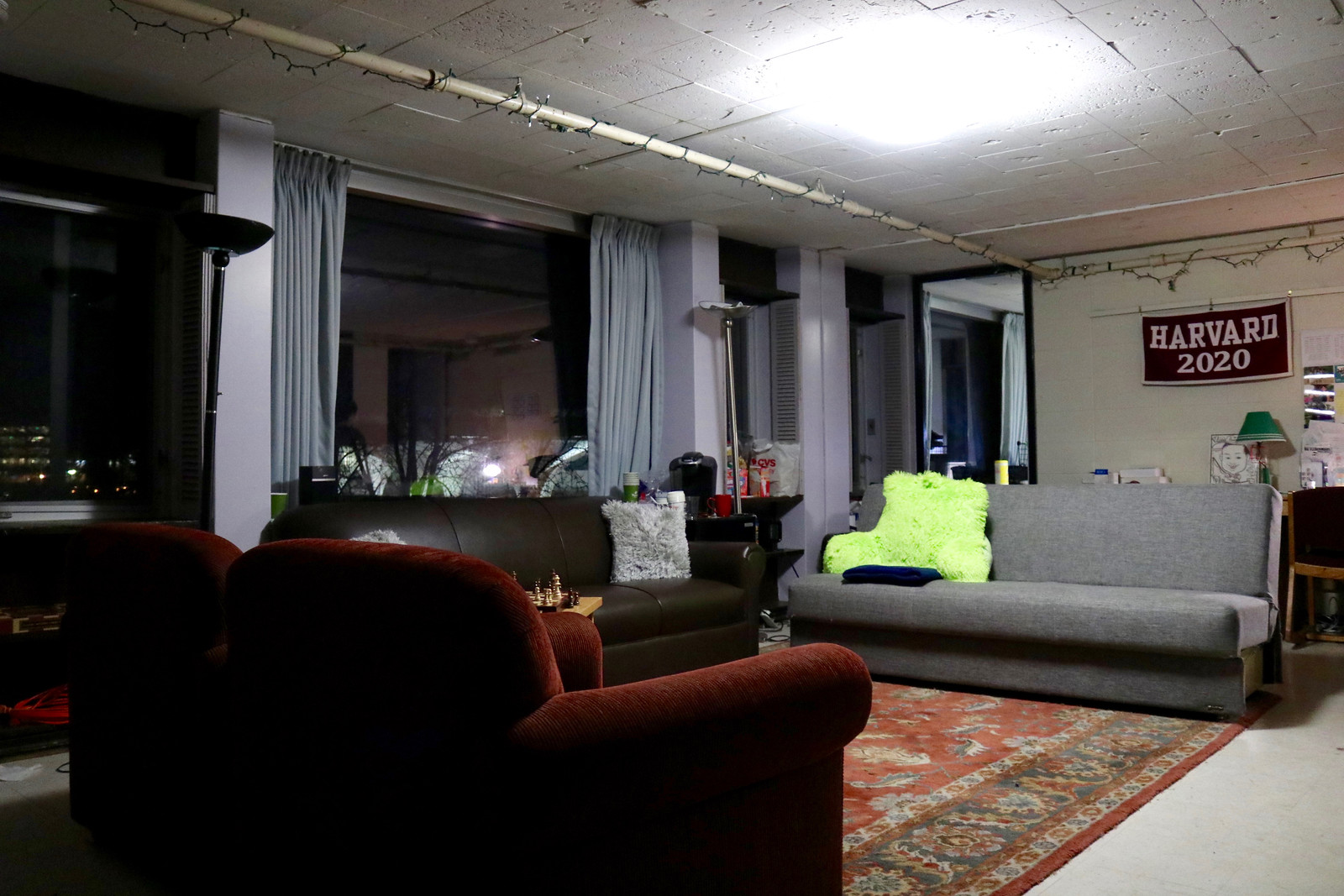 By Amy Y. Li
Known for its large and strong community, spacious rooms, and beautiful river views, Leverett is quickly shedding of its “middle-of-the-pack” reputation and coming into its own as one of the best houses on campus.
By Allison S. Barker

Known for its large and strong community, spacious rooms, and beautiful river views, Leverett is quickly shedding of its “middle-of-the-pack” reputation and coming into its own as one of the best houses on campus. Freshmen placed into this house will quickly start feeling the Lev Love as they enjoy a beautiful dining hall, plenty of gathering spaces, and a plethora of housing options to choose from. 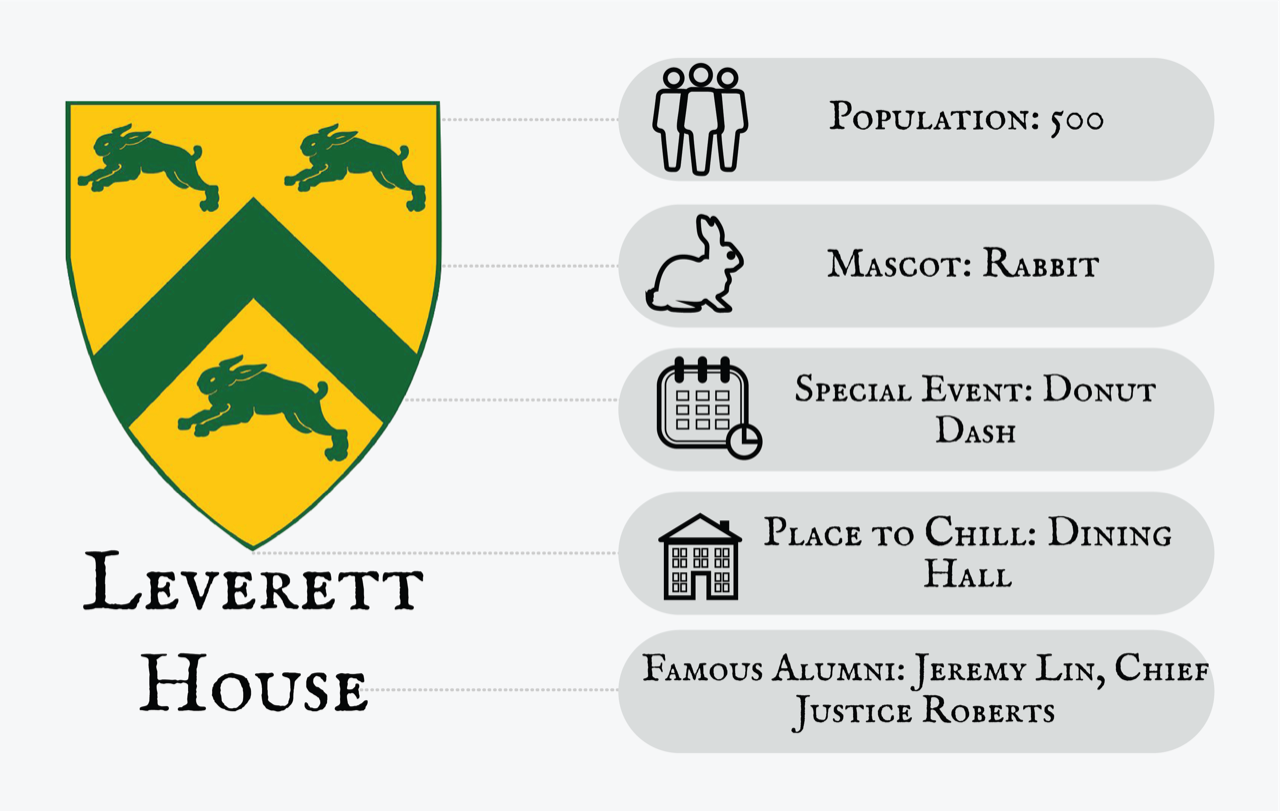 Sophomores have three main choices when it comes to housing: the Towers, DeWolfe, or McKinlock. If we’re being real, students can’t really go wrong with any of them.

As House Committee co-chair Joseph M. Rager ’21 describes it, students who live in McKinlock get “really nice, high-quality dollars-per-square-foot housing,” including “super-nice” bathrooms (co-chair Rick Li ’21, a Crimson Arts editor, snaps in agreement), although rooms aren’t particularly large. Both Li and Rager live in McKinlock, where they each enjoy a room with a river view. As Li puts it, “You just watch flowing water in the morning, and you watch the sun come up, and it’s really calming and soothing. And then you get to roll out of bed in your pajamas and go to the dhall.” 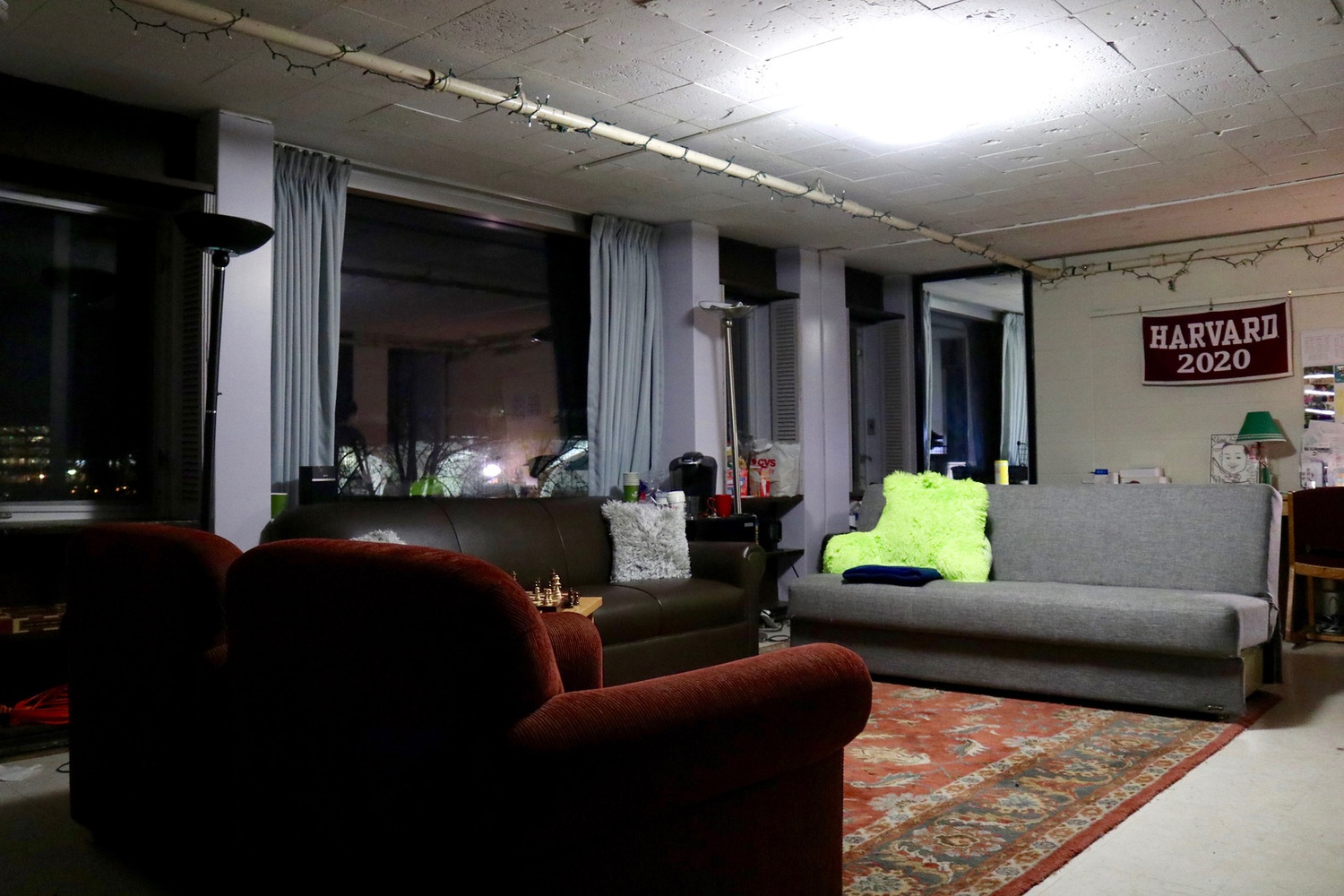 Students craving a more spacious living situation can opt into the Towers, where Rager assures that they will get “a really big space.” Li describes an “enormous” quint in the Towers with “ceiling-to-floor windows” and “giant common spaces.” Overall, sophomore housing is “wonderful” in Lev, with the added benefit that the lottery is done early, so sophomores don’t feel any added stress coming into the year about where they will live.

As the largest house at Harvard, Leverett boasts a community that is unparalleled. One of the biggest community hubs in the House is Lev’s impressive dining hall, which is similar in feel to Annenberg. As Rager describes it, the dhall is a great place both to see old friends and to meet new people every day. With over 500 students in the house, “there’s always the opportunity for new connections.” Even better, according to the HoCo chairs, the dhall is usually kept at a comfy 75 degrees, which really comes in handy on some of the more unpleasant winter nights. 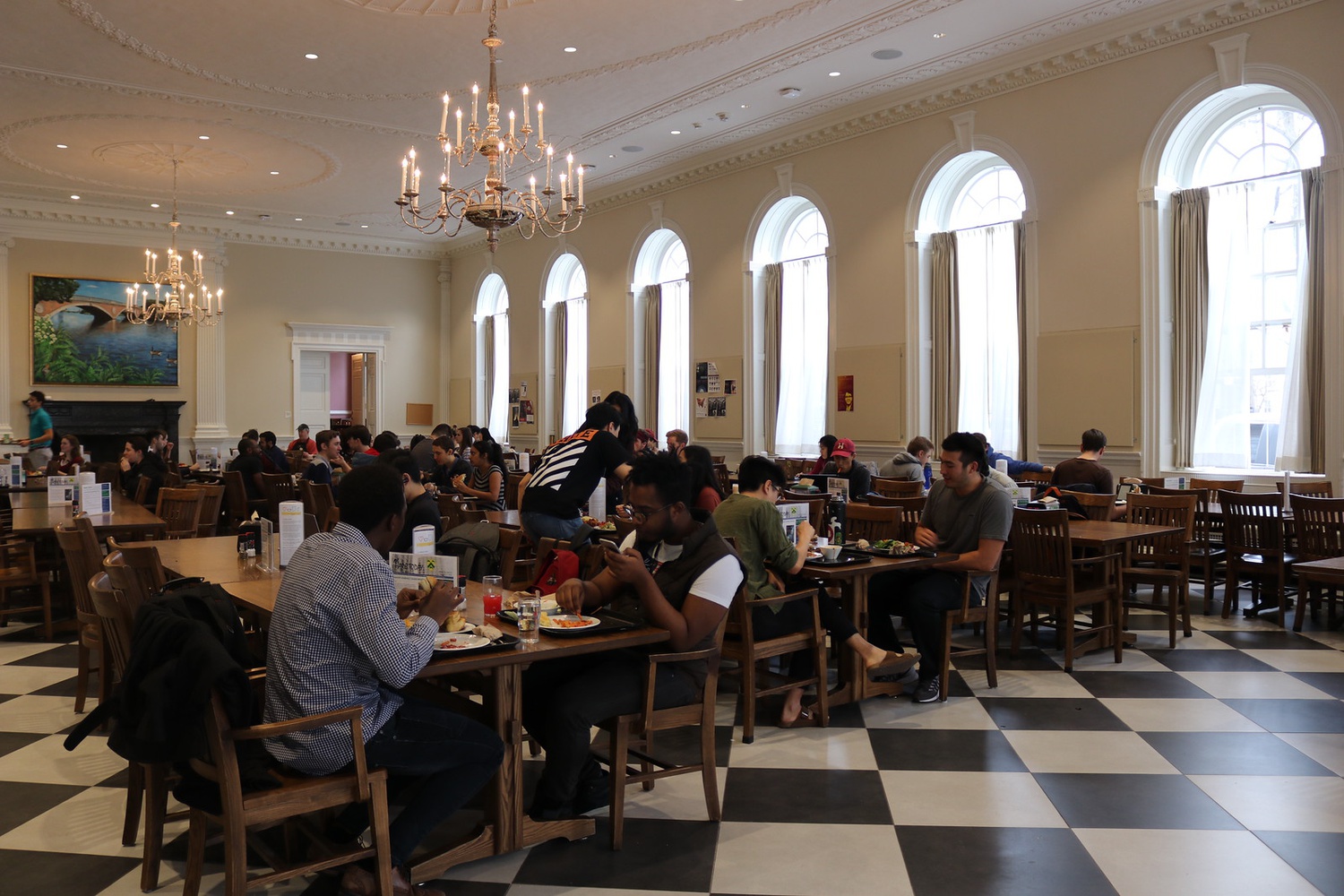 Another popular space in the house is the Library Theatre, which is fully equipped with a lighting and sound system. Theatrical groups around campus often perform in this space, and Leverett students can reserve it whenever they want.

Leverett’s sheer size, Li explains, means that wherever you are in the house, you will be surrounded by “kind and friendly” students. Li also says that upon stepping into any common space in the House, “it feels like people are radiating joy around you, and it really amplifies as it hits other people.” This friendly energy extends beyond just the students. According to Rager, Leverett’s tutors can best be described as “amazing.” They are young, approachable, and relatable — always down to dish out advice, be it about academics or anything else. Even better, some of the tutors in the house have kids, which definitely contributes to the family vibe. With children under six years old running around the House, you can be sure to get your daily dose of cuteness.

Perhaps Lev’s most famous tradition is Donut Dash, which takes place during finals period. Lev helps its students cope with their stress by leaving tons of donuts in the dining hall, so they can eat their feelings and fuel up for the tests ahead. Li describes how students “gorge themselves on carbs before they use that energy to do amazingly on their exams.” 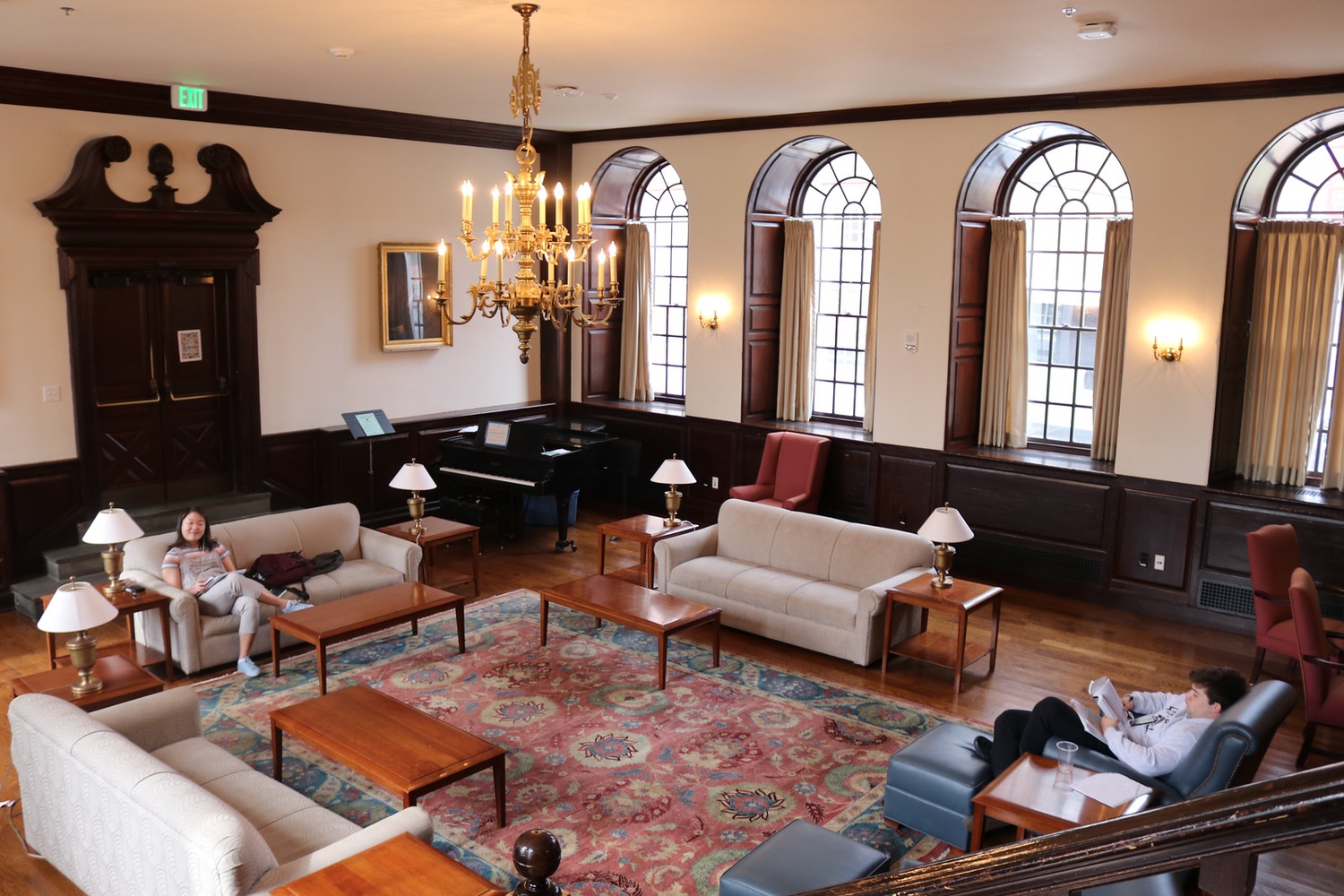 We sat down with the HoCo chairs to discuss last-minute bits of information about Leverett that freshmen might find helpful going into Housing Day.

What Hogwarts house would you sort Leverett into?

RL: That’s so hard…I would say Gryffindor without the self-aggrandizement and Hufflepuff without the baggage from other people.

What’s one thing you want freshmen to know going into housing day?

JR: Leverett is a good house! All of the Harvard things say that Leverett is the most average house. There’s nothing spectacular about it; there’s no roaches; it’s decent. But if you’re willing to commit to participating in the community, it’s so rewarding.

RL: Forget whatever preconceived notions you have. You don’t truly understand Leverett or the House community until you are fully immersed in it and you get to feel out all those nooks and crannies.

Who are some of Leverett’s coolest alumni?

JR: One of our famous alumni is the owner of Flour, so sometimes we get free Flour food, and things like that.

RL: Some of our famous alumni are Jeremy Lin and Chief Justice [John G.] Roberts. We have Pete Buttigeig, who declared for the Democratic nomination in 2020, as an alum. 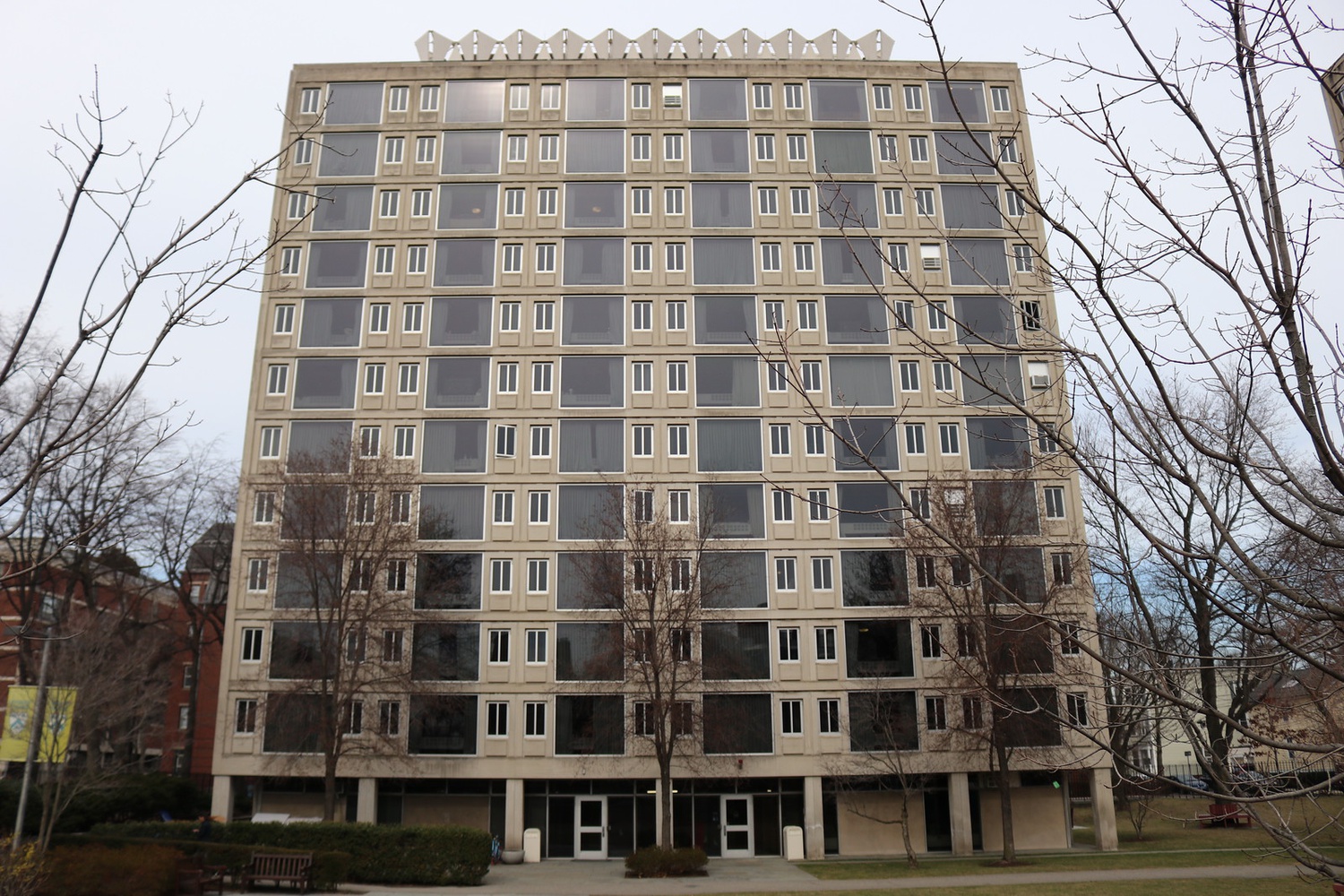