What Admission to Harvard Really Means 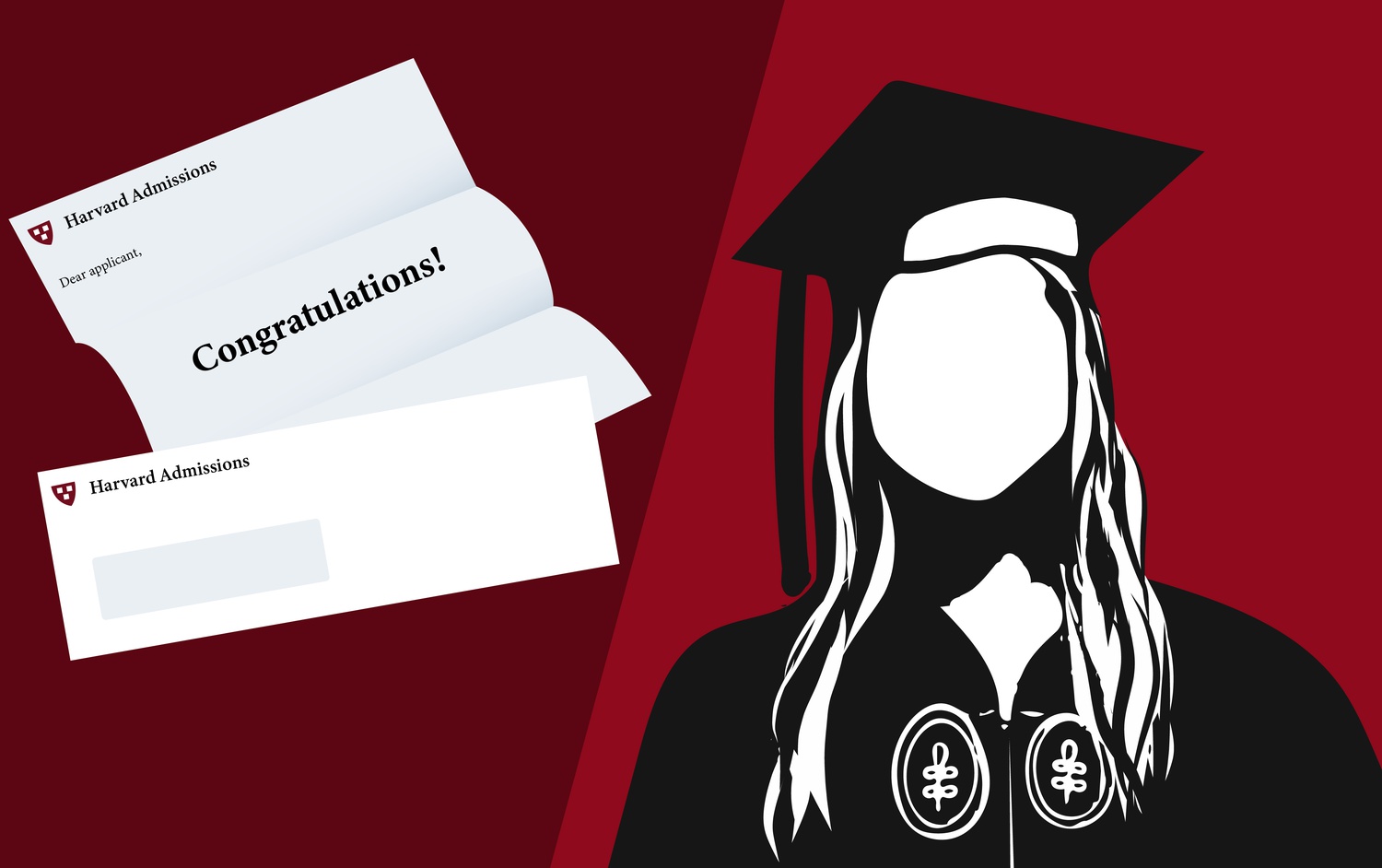 Last fall, the lawsuit alleging the College’s admissions processes discriminates against Asian American applicants went to trial — a three-week ordeal that roiled Harvard’s campus and higher education more broadly. The lawsuit has left us grappling with the great privilege, the complicated socioeconomic dynamics, and the tremendous responsibility of admission to Harvard. In light of these challenges to the admissions process, complacent pride in the achievement of admission is no longer acceptable or sufficient.

Harvard has set an example for race-conscious admissions since its inception, which provided a model for higher education across the board. The “Harvard Plan,” implemented in the early 1970s, served as an important alternative to other methods that set numerical targets for identity groups. The plan showed that diversity was not merely a box to be checked, but a critical component to a vibrant student body.

Yet almost 50 years later, Harvard now faces accusations that it has failed to live up to its pioneering approach.

Harvard has repeatedly denied the charge that it discriminates against Asian American applicants since anti-affirmative action group Students for Fair Admissions first filed its lawsuit in 2014. The October trial featured testimony from administrators, experts, and students, and revealed intimate details of Harvard’s admissions process to the public. Though arguments concluded in February, the judge in the case is expected to deliver a verdict in the coming months — a decision with the potential to determine the fate of affirmative action in America. The verdict, however, will likely be appealed — regardless of the outcome — and experts have said the case could go all the way to the Supreme Court.

The revelations from the trial expanded well beyond alleged discrimination against Asian American applicants. Documents in the case confirmed that the College’s admissions process lends a significant advantage to wealthy and legacy students. Months later in March, news of a national scandal came to the fore, revealing that wealthy parents paid athletic coaches to lie about the athletic ability of prospective students at several top colleges. While Harvard has not been implicated in the scandal, the Boston Globe reported that the College’s head fencing coach sold a house substantially above market price to the father of a former and current Harvard fencer. All the while, admissions became more selective, as the admit rate dropped yet again to a record-low 4.5 percent for the incoming Class of 2023.

We need to ask ourselves what admission to Harvard means in terms of its criteria and its purpose. Is admission just another award bestowed on elite applicants, or is it more? We believe it must be the latter.

Admission to Harvard is a remarkable opportunity to develop the skills and intellect necessary to change the world — hopefully for the better. In the face of recent challenges and skepticism, Harvard must reaffirm its educational mission and the importance of affirmative action in fulfilling that purpose.

In pursuit of that vision, we reaffirm our support for affirmative action and its positive impacts it has for students on campus from all backgrounds. Affirmative action takes a step towards correcting the systematic inequalities and disadvantages present for marginalized groups in our society. Affirmative action acknowledges that, in some ways, our standardized test scores or high school grades are a measure of the resources we had access to in the past — not our potential for the future.

Beyond these historic facts of systemic inequity, a diverse student body allows all who enter the gates of Harvard Yard to broaden their perspectives and engage in immersive learning experience that reflect our society today.

The allegations of discrimination in Harvard’s admissions process — and other aspects of it that might privilege some groups over others — are not to be taken lightly. The College should critically evaluate its admissions process and immediately rectify systematic biases it may be assigning to Asian Americans, even if these biases are unintentional.

In the same vein, we believe any preference in admission given to legacy applicants or applicants from wealthy families undermines the entire process. This practice is especially contradictory when we think about leveling the playing field for those of disadvantaged backgrounds. While we understand that there must be compromises to these values to fund University programs, Harvard must ensure it does not compromise the integrity of its admissions practices in the process.

We stand by Harvard’s holistic admissions processes that seek to gain a sense of a student as more than any one measure of success such as standardized test scores or grade point averages. If the society that produces individuals who apply to Harvard is in itself inequitable, how can success — or merit, for that matter — be quantified or judged equitably? How do we even define merit in this case? Certain factors beyond the control of a high school student, such as their birthplace, race, or gender, greatly impact students’ ability to display “merit” along these quantifiable lines. This impact is indicated through evidence that standardized test scores, for example, benefit white and high-income high school students.

Once we come to the understanding that admission to Harvard is not a matter of merit per se, as that idea is not as simple as it seems, the possibility of humility for the College’s students emerges. Admission to Harvard is a privilege, not a right. The opportunities, therefore, that come with it must be understood as something we have been lucky to experience — not something we were owed. With that comes a responsibility to make a tangible impact on the world for the better and we must not take that lightly.

We believe that the type of students a selective college chooses to admit speaks to the institution’s mission. Accordingly, it’s critical to view Harvard’s admissions practices through the lens of how well these practices serve its mission to “educate the citizens and citizen-leaders for our society.”

University President Lawrence S. Bacow has traveled across the United States defending and promoting this aim as he has made the case that institutions of higher education like Harvard should provide a space where students can spend their time “learning how they can best serve the world.”

To be sure, this work is not merely a matter of admissions. In particular, Harvard must work not only to recruit a diverse group of students onto its campus, but also to provide those students with the education and means to take on a range of challenges as they graduate.

As such, we have been particularly concerned with the limited degree to which students go on to engage in public service work — a field that fits neatly into Harvard’s stated mission. We urge the University to put more effort into providing the pathways and resources to make public service an exciting, respected, and plausible career, much as there are for other private sector ones.

For each student who commits to Harvard, the College commits to cultivating an environment that will work to provide the tools, intellectual depth, and sense of self to be a “citizen leader.”

In recognition of this commitment, we continue to stand behind Harvard’s efforts to create a diverse campus of varying backgrounds and academic interests, and, in that vein we applaud the College’s long-standing commitment to financial aid. During their time at Harvard, we believe students should also have the opportunity to study a diversity of fields from faculty of diverse backgrounds. As we have previously opined, students who are learning how to best serve the world, benefit substantially from doing so in an environment where they actually encounter insights from as varied an array of viewpoints as possible.

SFFA’s challenges to affirmative action and the ongoing national admissions scandal have left institutions of higher learning to evaluate their current admissions processes and determine how they should ideally function. This presents an important opportunity to Harvard to reaffirm its mission and to clarify its admissions practices to successfully serve this goal. In Harvard’s case, this means the College has the chance to distinguish itself — at least in terms of its goals — from common public misconceptions such as charges that Harvard is self-serving and elitist. By clarifying the service-minded nature of its institutional mission, Harvard can strive to regain the public trust it has lost in the whirlwind of admissions scrutiny over the past year, while also articulating its mission and great commitment to broad accessibility more definitively than ever. Such a renewed effort would not only strengthen the University’s ability to pursue its own mission, but would also serve to strengthen the position from which Harvard may serve as a vigorous defender of affirmative action on campus and on the national stage.

Harvard is at a crossroads. Though the legal question of affirmative action will ultimately be decided in the courts, this year’s developments present challenges to Harvard’s mission that the University must confront. As it fights to protect affirmative action, Harvard must make it clear to the world that its main mission is to cultivate and educate its students so that they can make a difference. The goal of the admissions process must be to find the right individuals to create a student body that benefits of all its members through shared learning, rich discourse, and productive collaboration.

As the members of the Class of 2019 graduate, they have the opportunity to reflect on their admissions into the College and the live they built here as friends and classmates. But that reflection — and the knowledge that so many others will not get this opportunity — must underscore the importance of the fact that they will go forth into the world after having benefited from an imperfect admissions process. That privilege comes with great responsibility. We hope they find purpose and joy in the chance to use their Harvard degrees to build a better world.