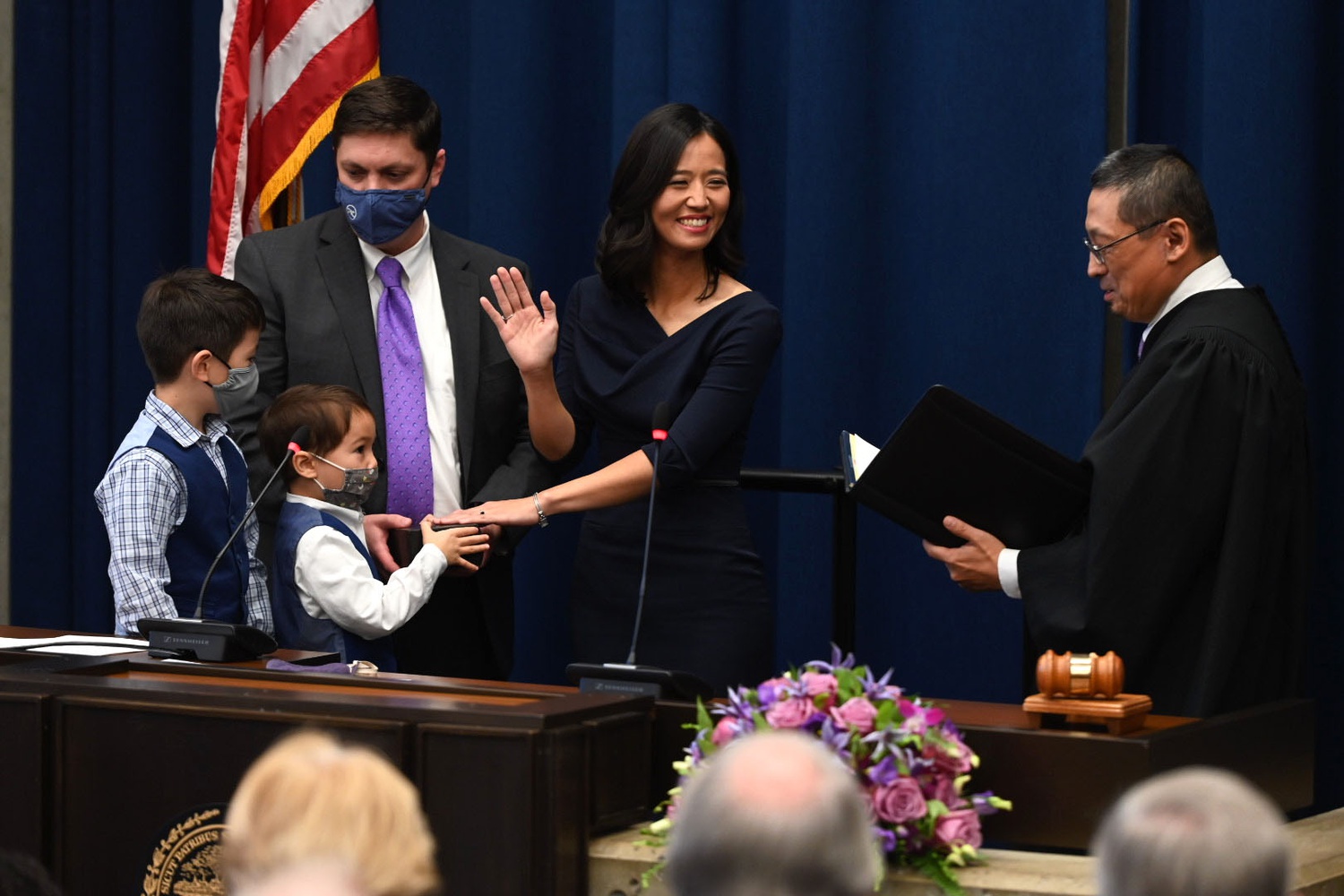 Michelle Wu' 07 was sworn in Tuesday by Judge Myong J. Joun as the 56th mayor of Boston, the first woman and person of color elected to the office. By Courtesy of City of Boston
By Brandon L. Kingdollar, Crimson Staff Writer

BOSTON — Michelle Wu ’07 was sworn in as the first female and person of color elected mayor by the city of Boston during a brief ceremony in the Boston City Council chamber Tuesday.

“I am so honored to stand here in this chamber, that has meant so much to me, as your next mayor,” Wu said after taking the oath of office, two weeks following her historic election. “I learned the ropes of city government and politics on this floor, held the gavel on this floor, nursed babies on this floor.”

Though she said she initially felt “swallowed up” and “invisible” upon first entering city hall, the space now feels like home.

Wu is also the first Harvard College alum in nearly 100 years to serve as mayor of Boston.

During the transfer-of-power meeting, Janey congratulated her successor.

“As I leave office now as mayor, I feel good knowing that you share my love and my passion for Boston.” Janey said. “I’m confident that you will lead our city with integrity, and that you will center equity in all that you do.”

“I am so proud to call you Madam Mayor,” she added.

In a press conference following the inauguration, Wu said she would encourage students inspired by her example to “step up and serve” those around them.

“We need you now, we need your leadership in this moment,” Wu said. “I look forward to opening those doors and making sure that as many of our young people as possible are sitting in seats of decision making.”

Jovita Solorio-Fielder, a student at the Graduate School of Education, said she is glad to see representation in Boston’s highest office.

“Just knowing that I can always point to her as an example of leadership is really cool,” Solorio-Fielder said. “She's going to have an impact and also be a role model for so many other young women and young people of color.”