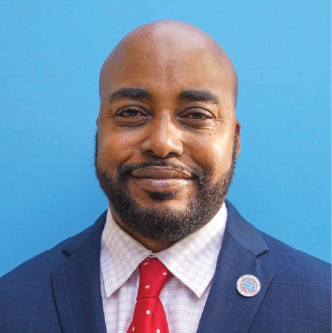 As chief public health officer, Neal will oversee the Cambridge City Public Health Department, a nationally accredited department with the goal of promoting the health of Cambridge residents through “services, information, policies, and regulations,” per the department’s website.

“As the department helps the city recover from the COVID-19 pandemic, Mr. Neal will work to improve operations and processes,” the Cambridge Public Health Department wrote in a Nov. 22 press release. “He will also expand the department's important work addressing the issues of inclusion and health equity, as well as the social determinants of health in the community.”

Before coming to Cambridge, Neal worked in public health and municipal government in Texas. He holds a master’s degree from the University of Illinois, Springfield, and most recently served as the executive director of the Williamson County and Cities Health District in Round Rock, Texas.

Neal is “extremely accomplished and enthusiastic,” Assaad J. Sayah, the Cambridge commissioner of public health, said in the press release.

Neal will fill the position left vacant by Claude A. Jacob, who left Cambridge to head the public health department in San Antonio. Jacob, who held the position since 2007, largely oversaw the city’s response to the Covid-19 pandemic, dealing with challenges such as vaccine shortages and outlining the city’s reopening schedule.

Neal was selected for the role in Cambridge after a nationwide search, according to the resolution.

In the resolution, the council wished Neal “great success in this new role” that he will officially begin next week.

“I look forward to having Mr. Neal as a key member of the City’s team,” Cambridge City Manager Louise A. DePasquale said in the press release. “I am confident that under his leadership, our nationally accredited public health department will continue to excel and meet the evolving public health needs of our community.”