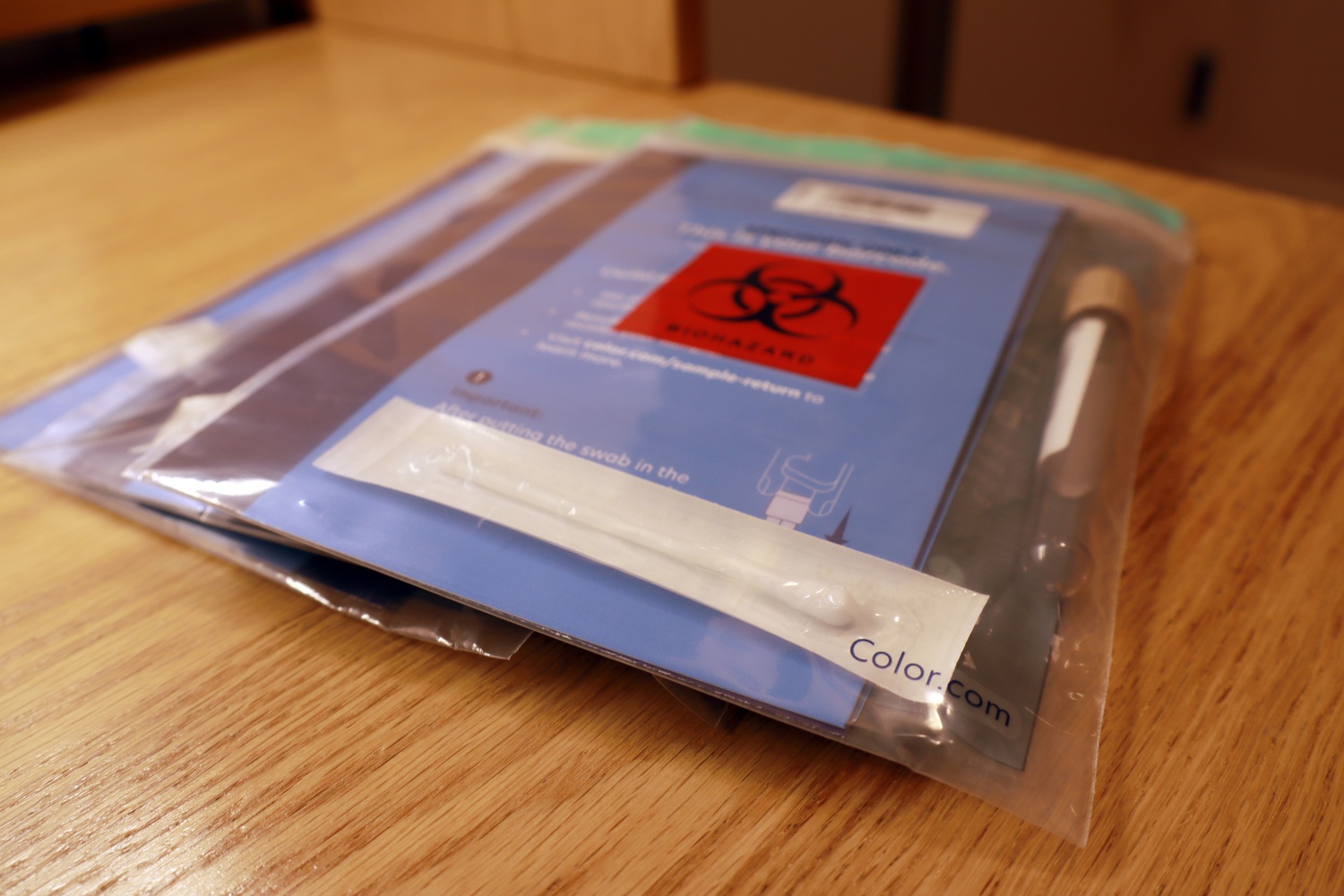 At least 26 Harvard affiliates received positive Covid-19 test results between Jan. 25 and Feb. 5 — forcing at least some into isolation housing — that were later invalidated after the testing lab adjusted the threshold required to determine a positive result.

Two affected undergraduates told The Crimson that, after being moved into isolation rooms at the Harvard Square Hotel, they were initially refused additional testing despite suspecting that their tests were “false positives.”

Students living on campus self-administer three Covid-19 tests per week using kits designed by Color Genomics. The Broad Institute of MIT and Harvard then processes the tests, allowing Color to notify students of their results, often within a day. If an undergraduate tests positive, they enter isolation and move to a University-designated location. Their close contacts must quarantine in their rooms at the direction of Harvard University Health Services.

“After two weeks’ worth of data from the upgrade, working with the MA Department of Public Health, we adjusted the interpretation thresholds that we use to call a test ‘positive,’” Zusi wrote in an emailed statement. “This means that a small number of tests reported as ‘positive’ under the original interpretation framework between Jan 25th and Feb 5th have been updated to a different result (for example, ‘invalid,’ and moving forward, ‘inconclusive’).”

Since Covid polymerase chain reaction tests — known as PCR tests — can detect extremely low viral presence in an individual even when he or she is not infectious, this adjustment was made to prevent the tests from being too sensitive, HUHS spokesperson Michael Perry added in an emailed statement.

Color later informed the 26 affected affiliates that their tests were invalidated due to a “process error.” Zusi pointed out that “process error” is the standard language Color uses whenever a result is changed, and — in this case — it reflected the updated protocols for interpreting results, rather than an actual “error.”

Zusi explained that affiliates whose test results were deemed “invalid” are not necessarily negative for Covid.

“Re-collections were strongly recommended,” she wrote.

Luis F. Esteva Sueiro ’24 — one of the 26 Harvard affiliates affected — received a positive Covid-19 test result on Feb. 4 and was immediately instructed to quarantine for 10 days at the Harvard Square Hotel, according to emails Sueiro provided to The Crimson.

A few days into quarantine, however, he suspected the result might have been a “false positive" after his suitemate tested negative twice. Sueiro said he did not experience any Covid-19 symptoms, and no one he had been in contact with in the days prior tested positive.

After calling HUHS to ask for another test to confirm his results, Sueiro said he was “met with a lot of opposition.” He said he continued asking every day during HUHS phone check-ins and temperature checks, and his request was denied by staff around four times.

The one time Sueiro did make headway, HUHS put him in contact with a physician, who was also “pretty opposed to giving another test,” but agreed to administer an antibody test three weeks later to determine if Sueiro actually had the illness.

“I go through this 10-day quarantine, according to Harvard, I have antibodies and I’m good. But since I didn’t actually have it, I’m going to go out into the Harvard community, potentially get Covid a month from now, not be testing, and then walk around for 10 days spreading it without knowing,” he said. “That was my main concern.”

Students who recover from Covid-19 do not test again for 90 days, according to HUHS protocol.

On Feb. 8, Suiero received a new update from Color on his testing portal that stated “the previously reported result (DETECTED) is not valid due to a process error.” At the bottom of the notice was a recommendation that “this patient should be retested.” The next afternoon, Sueiro retested and received a negative result on Feb. 10.

He said he then called HUHS about leaving quarantine and was sent to voicemail a number of times before given approval to move out Wednesday evening.

Perry wrote that Color system results were changed before HUHS was informed of the 26 affected individuals.

Another student, whom The Crimson granted anonymity to discuss confidential medical information, also tested positive on Feb. 4 and received the same “process error” notice from Color four days into quarantine at the hotel. The student said they started to doubt the original positive test after the contact-tracing process revealed that no one they came into contact with contracted the virus, nor did their two suitemates.

The student was denied a re-test over the phone on the second day of their quarantine when they still had not experienced any symptoms. They asked again several days later when they received the updated inconclusive Color result, but were told that would not be possible. The day after, the student said, a nurse informed them that the isolation period would likely remain the same.

When another nurse eventually came to conduct a re-test, that nurse also informed the student the quarantine would likely not change, regardless of the test result, according to the student.

“Well, if nothing’s going to change, then why even test us in the first place?” the student said.

The student was given permission to move out Wednesday night.