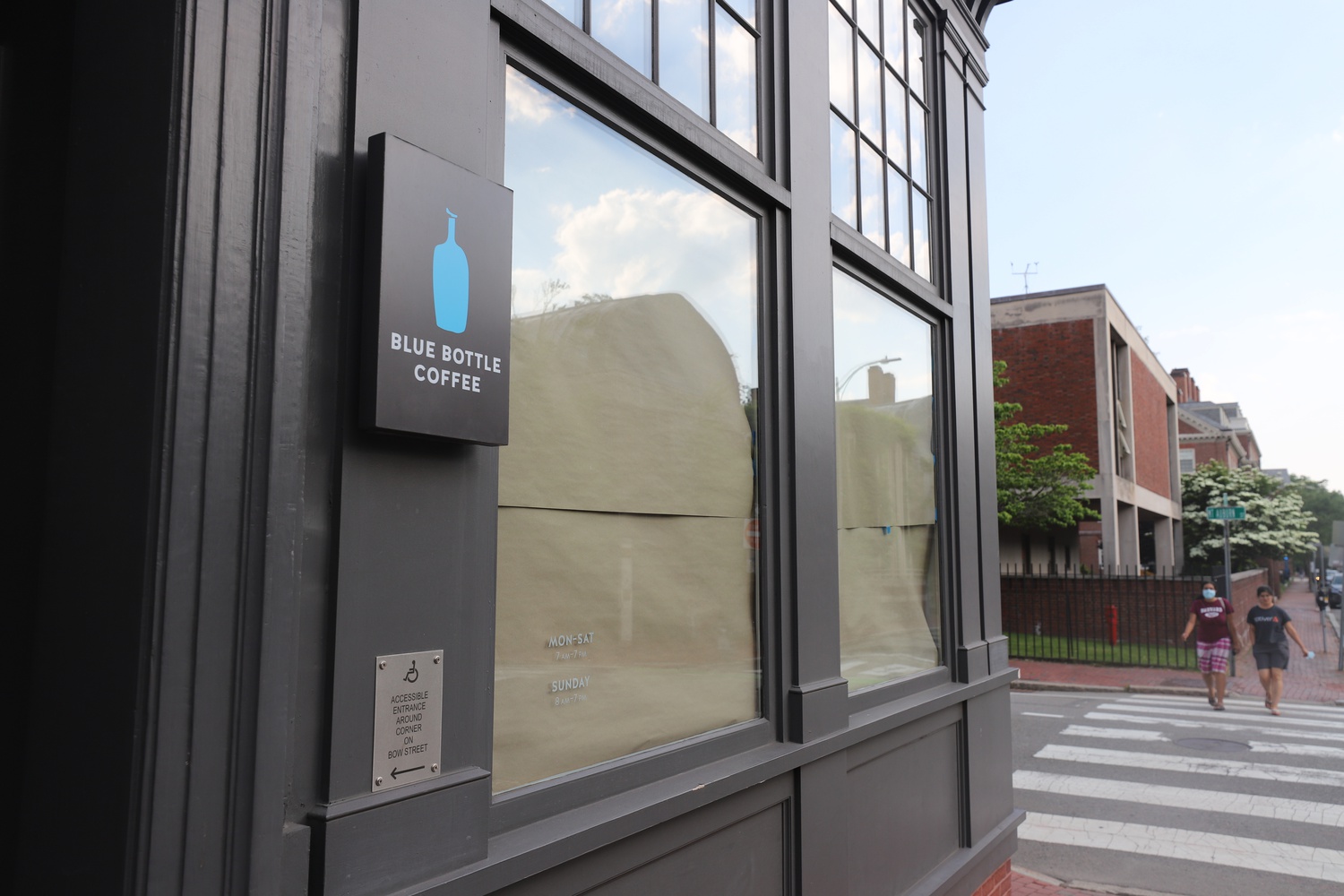 The 40 Bow St. location of the multinational chain of coffee shops first shuttered at the start of the pandemic and — besides a short reopening ending in late April — remained out of business until officially closing its doors on May 30. Blue Bottle has yet to publicly announce the closing, and a “temporarily closed” poster remains on the front door, but several employees at other Boston-area locations as well as an internal company email obtained by The Crimson confirmed that the closure is permanent.

Denise A. Jillson, director of the Harvard Square Business Association, said she believed the store, located between the River Houses and Harvard Yard, first temporarily closed due to a lack of student foot traffic after undergraduates left campus.

But Blue Bottle Coffee identified its Harvard Square location as one of several that has “chronically represented challenges for us fiscally, even before Covid-19,” according to the internal email.

When Charles X. Hua ’22-’23 visited the Harvard Square cafe on April 24, he said he learned that it was the last day of the store’s brief mid-pandemic reopening before its uncertain closure. Hua added that the baristas seemed unsure if the store would ever reopen.

Seven Blue Bottle Coffee stores across the country were temporarily closed for several months due to the coronavirus, per the internal email. Those locations and five others permanently shuttered on May 30.

The email to employees also noted the permanent closure of another Boston-area Blue Bottle Coffee located in the Exchange Conference Center in Boston’s Seaport District.

Blue Bottle Coffee’s corporate office as well as representatives of Morningside Group, which Jillson said is involved in managing the 40 Bow St. property, did not respond to requests for comment.

Seth D. Billiau ’21 said he was saddened by Blue Bottle’s closing, having occasionally stopped by the Harvard Square cafe to share coffee with his girlfriend.

“I would go every once in a while if I wanted to treat myself a little bit,” he said, adding that there will be a “void” in Harvard Square for higher-end coffee.

Amy Huang ’24 shared in an email that she loves to work in cafes and has fond memories of frequenting Blue Bottle Coffee with her roommates the summer after it opened.

“The Square will simply lose another place to get coffee in the morning, but Blue Bottle means a little bit more than that to me,” she wrote.

The building at 40 Bow St. was previously redeveloped by real estate billionaire Gerald L. Chan, a major donor to the School of Public Health, beginning in 2014. Blue Bottle Coffee announced its move to the spot in late 2016. Following delays, it finally opened to crowds in February 2018.

At the time, some students praised Blue Bottle Coffee’s single-origin coffee and minimalist, “bougie” aesthetic, while others called it an overpriced competitor to nearby Flour and Tatte.

Jillson said that if the 40 Bow St. space opens up for a new business, “it’ll be another opportunity to have some vibrancy in that corner, which tends to be a little quiet.”

“I would hope that it would be another really nice coffee shop for students,” she added.