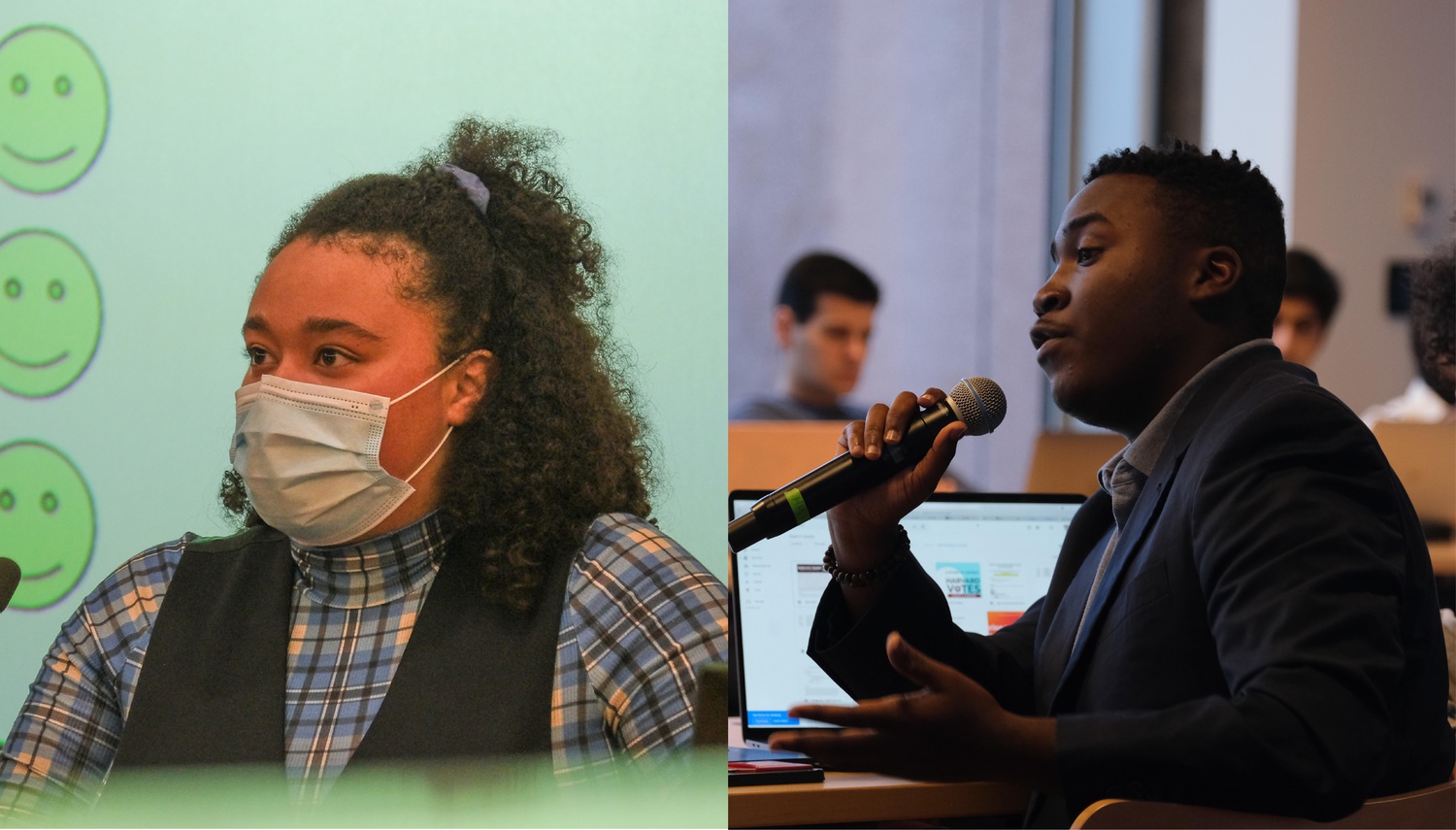 After students voted overwhelmingly to dissolve Harvard’s 40-year-old Undergraduate Council last month, six tickets entered the race to serve as the first co-presidents of the new student government. Seven of the 12 candidates formerly served in the UC.

Estabine, a Sociology concentrator, and Johnson, a Government concentrator, both previously served on the UC as representatives from Lowell House and Winthrop House, respectively. Both supported the effort to dissolve and replace the UC.

Estabine served on and frequently represented the Citizens’ Assembly, a group of randomly-selected students convened by former UC President Michael Y. Cheng ’22 to draft a new constitution for Harvard’s student government. Estabine, a vocal supporter of Cheng, was endorsed by the former president on his Instagram account Tuesday.

During their campaign, Estabine and Johnson stressed their commitment to efficient and accessible club funding, prioritizing cultural organizations. They also pledged to quickly establish a new website and renegotiate the student activities fee with College administrators to increase the spending power of the HUA. 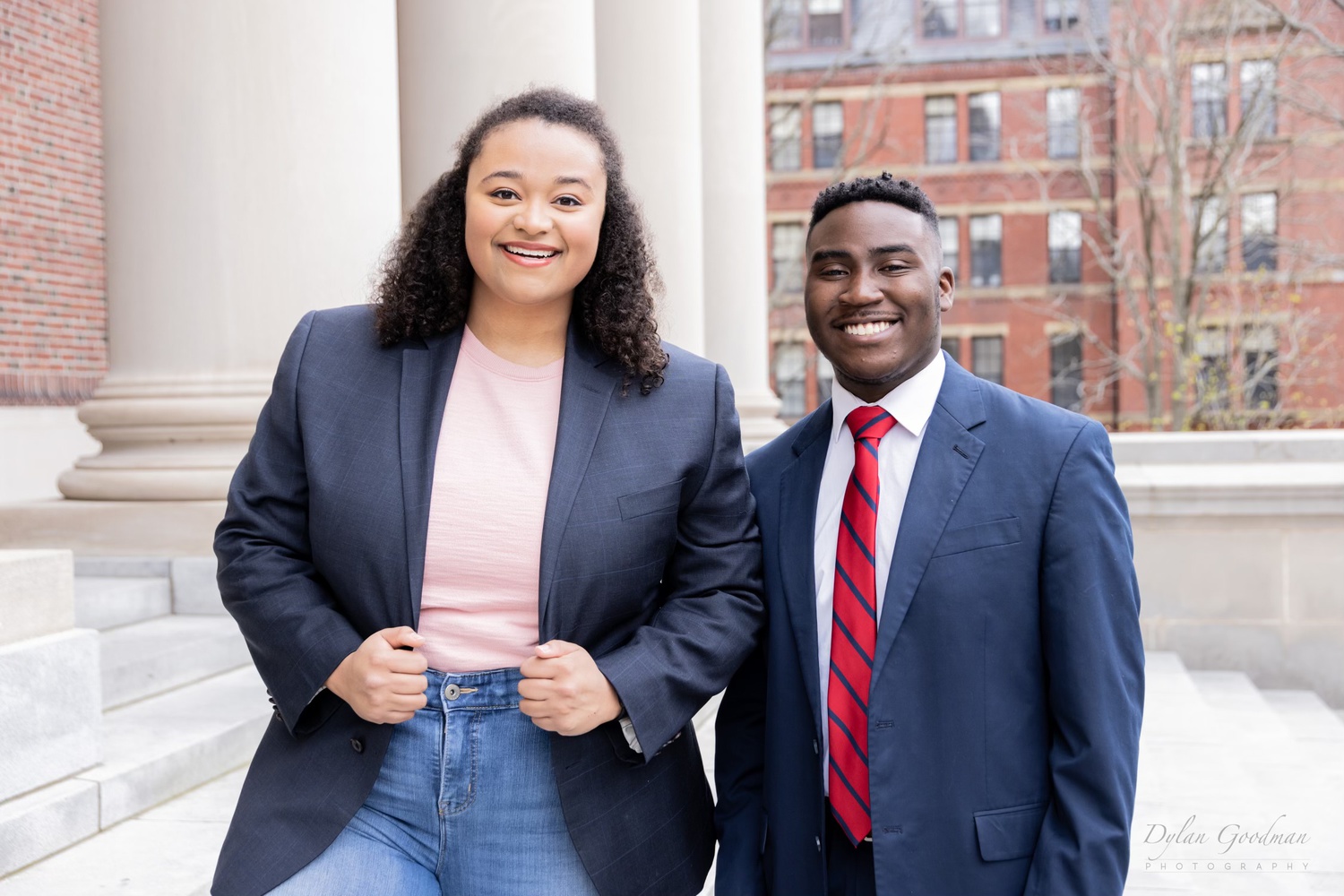 The election used ranked-choice voting, which allowed voters to rank as many of the six tickets in their order of preference. Estabine and Johnson won the most support, followed by the ticket of Esther Xiang ’23 and Yousuf Amiel Bakshi ’23. The satirical ticket of Ian M. Espy ’23 and Ishan A. Bhatt ’23 came in third place.

The announcement did not specify the number of votes each candidate received, a departure from past UC elections.

In an interview following their election, the pair said the level of voter turnout did not concern them, citing high levels of student interest during Visitas last weekend. A key feature of HUA’s structure is the recruitment of unelected volunteers to perform project-based work.

“At the end of the day, we were duly elected,” Johnson said. “We feel very confident in that, and so we’re going to go out and do what voters asked us to do.”

During their upcoming term, the co-presidents-elect will play an integral role in establishing the set of operational procedures and bylaws on which the body will rely, according to the HUA’s 11-page constitution, which Estabine helped draft.

In an interview, Estabine and Johnson also said they hoped to rename their position in an effort to decrease the prestige of the title, a topic that came up at last week’s debate.

“We feel very strongly about changing the title of the co-presidency role eventually so that it’s not just a ‘prestigious title,’” Johnson said. “We want to see people apply for this because they actually care and are passionate about the role.”

The body’s co-presidents will oversee seven officers who will lead teams dedicated to working on specific issues. The newly-elected officers are listed below: