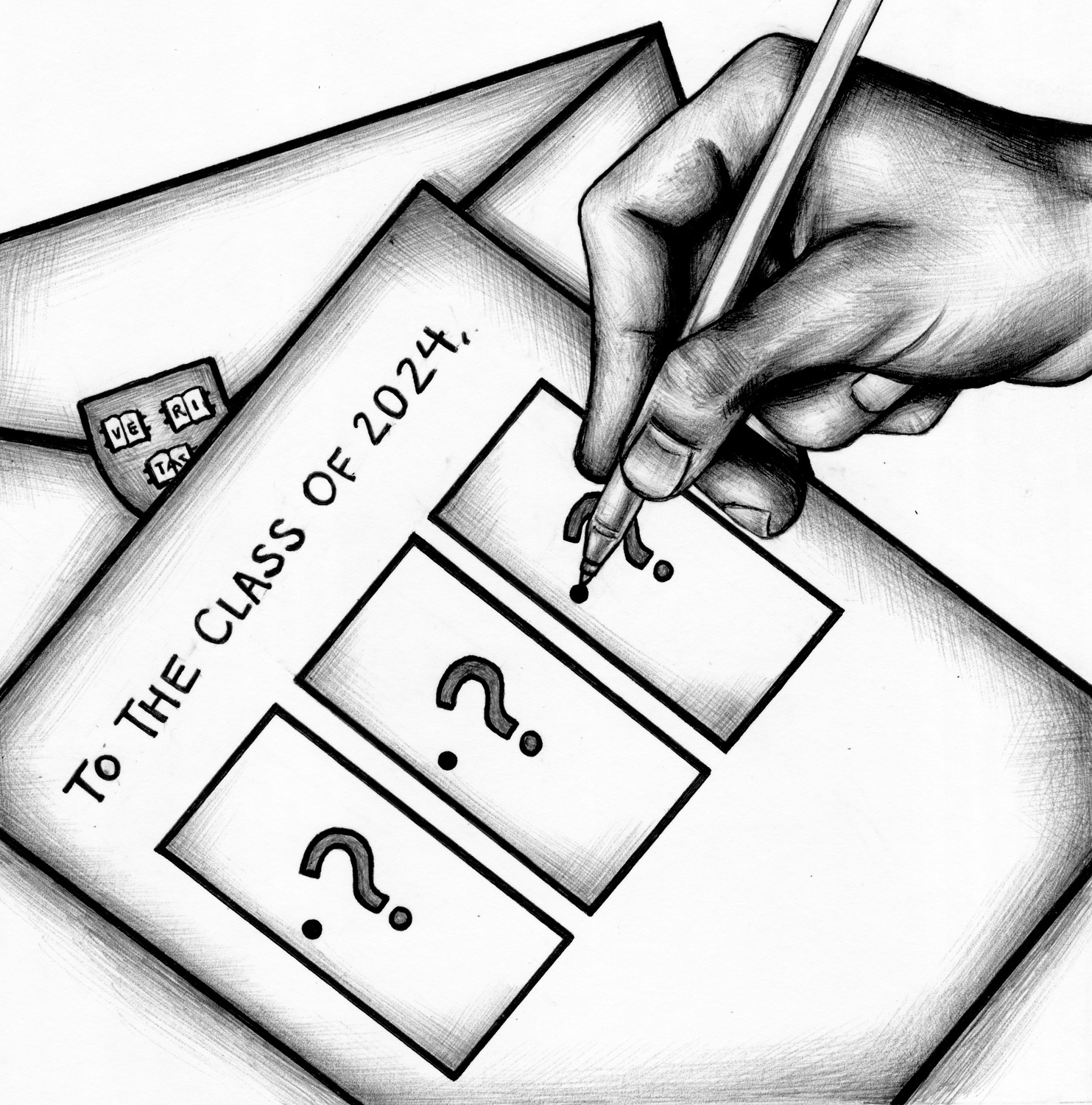 To the newly admitted students in the Class of 2024:

In the middle of this pandemic, you have a completely unrelated — and very exciting — decision to make about where you’ll spend the next four years. Many of you had the lucky misfortune of receiving acceptance letters from multiple colleges, and eventually, you’ll have to narrow them down to one. Admissions offices have given you a brief period to think it through, and it’s up to you to figure out how to make the final call.

You might be familiar with the Monty Hall problem — a puzzle from the namesake game show where an individual is shown three closed doors. Behind two of them are goats, but behind the final one is a car. The contestant begins by indicating an initial guess for the right door. The host then opens one of the remaining two to reveal a goat, helping the contestant to winnow out an option. In the puzzle, it’s mathematically proven that switching one’s guess to the other unopened door always delivers a higher probability of winning the car.

You are, as high school seniors, in a situation that is somewhat similar but also quite different. You’re staring at a number of options. And while there are no goats, all of the doors this time will remain closed, except the one you eventually choose. Most importantly, there’s no existing formula to tell you how best to do this.

So how do you decide which one to open? If you’re like most newly admitted students, you might have a loose set of criteria in your head. You may look at artificial heuristics, like which college has the highest spot in the Forbes college ranking, or the best biology department. Perhaps you try to compare the campuses, maybe talk with a few students. If you’re like some people I know, you may even browse each school’s course catalog.

Yet, in the very end — and you may feel it already — most of these metrics won’t end up offering much more clarity. After all, the college rankings were decided by a third party who probably never even visited. Your impression of a campus might be skewed because it was raining the day you were there, or because the online visit didn’t work that well. The undergraduate classes at each college are, in reality, pretty much the same. And there’s a good chance that you may change your major, and come to love — as many of us have — a subject you’d never experienced in high school.

With hindsight, you’ll realize that the biggest factors in your initial decision become small parts of your life on campus, no matter how robust you think you’ve made your criteria today. After all, evaluating a university based on one student’s experience or a faculty-to-student ratio is like trying to figure out the plot of a novel by sampling only two words--on pages 5 and 234.

This idea was captured well in a famous statement by Donald Rumsfeld, who explained:

The journalists at Rumsfeld’s press conference chuckled at this wordplay, but it carries with it a pretty large kernel of truth. In most decisions we make, we usually consider only the known knowns. Maybe you even account for the known unknowns. But don’t forget about the final category: the unknown unknowns. And in retrospect, 90 percent of what makes college so great will be from that last category.

The most memorable aspects are likely to be unplanned, and certainly impossible to foresee from high school. You’ll never even guess them. My own include: running — along with my freshman roommate — a last-minute presidential campaign, promising to abolish the student government at Harvard (we nearly won); taking a trip across Ethiopia with my blockmates for Thanksgiving; and spending a summer divided between working in the most interesting parts of government and teaching high school students at Harvard’s center in Greece.

It’s true that had I gone somewhere else, virtually everything that I’d known for the last three years would have been completely different. I would never have come to know my closest friends, taken the classes that shaped my current worldview, or been a part of this school that I love. But that’s all right, because while this exact experience isn't available elsewhere, something similar most definitely is. You shouldn’t worry too much about inventing a formula for something that cannot be engineered. Monty Hall be damned.

So my advice is short: Follow your heart. Choose one of the doors, and don’t look back. Chances are, you’ll have found the car — and four fantastic years to go along with it.