Portrait of an Artist: Soyoung Lee 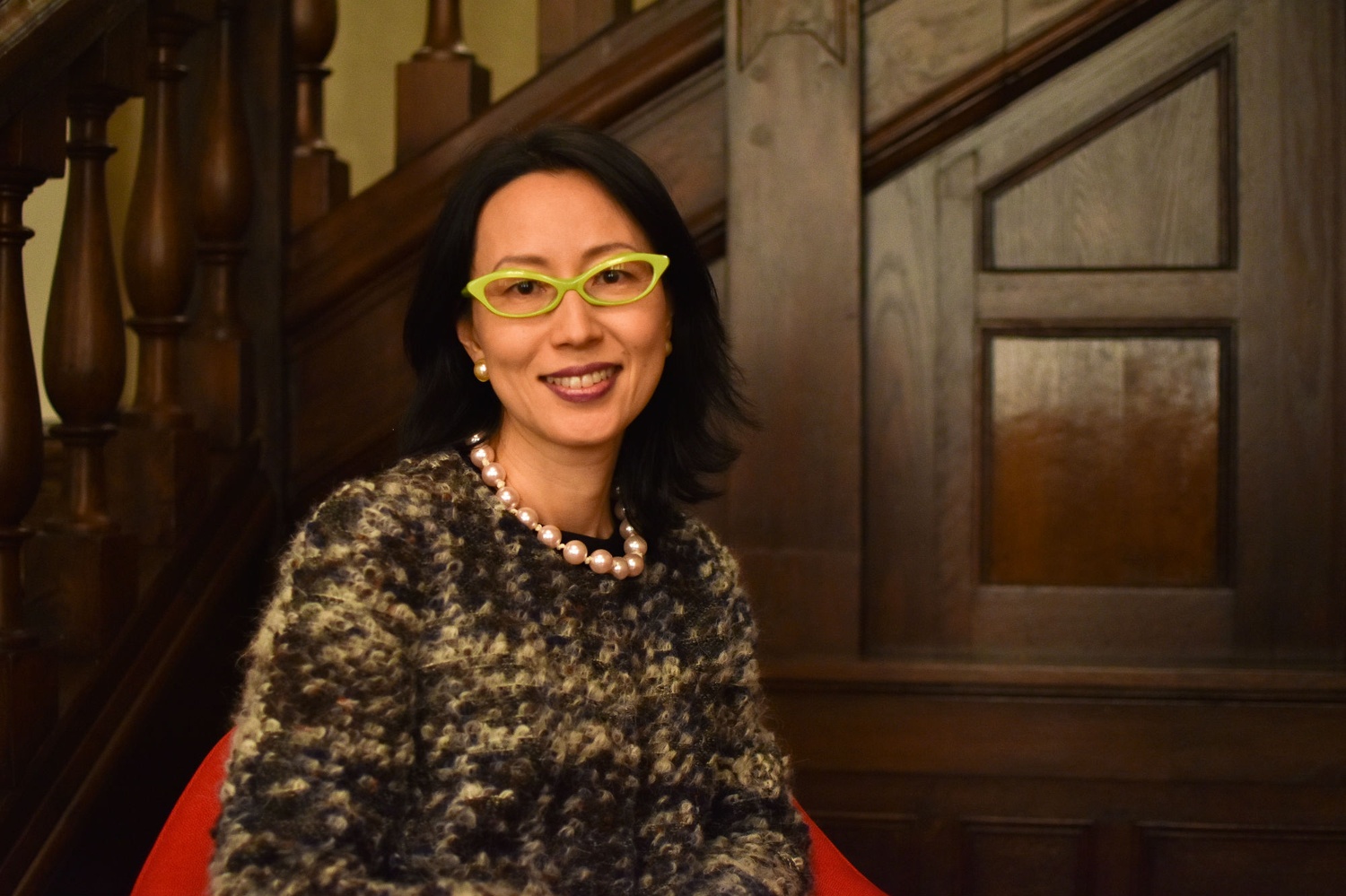 Soyoung Lee is the chief curator of the Harvard Art Museums. By Quinn G. Perini
By Alexandra C. Kim

Soyoung Lee became the new Chief Curator of the Harvard Art Museums this September. Lee was born in Jakarta, Indonesia, and has lived all over the world in cities like Stockholm, London, Los Angeles, Seoul, Tokyo, and most recently, New York. She earned her B.A., M.A., and Ph.D in Art History from Columbia University, and Lee worked previously at the Metropolitan Museum of Art in New York for 15 years, where she served as curator, associate curator, and assistant curator in their Asian Art Department. At the HAM, Lee will oversee three curatorial divisions: Asian and Mediterranean Art, European and American Art, and Modern and Contemporary Art. Additionally, Lee will have responsibilities in the exhibition program and in developing Harvard’s world-class collections. The Harvard Crimson spoke with Lee about how she has transitioned into working at the Harvard Art Museums.

The Harvard Crimson: After working at a museum such as the Metropolitan Museum of Art in New York, what led you to be interested in working at the Harvard Art Museums?

Soyoung Lee: I had been the curator primarily of Korean art and the Asian art collections for quite some time, 15 years at the Met. That means, as a curator, you have your independent purview. You get to do a lot of research, exhibitions, etc. But this new role offers an exciting new opportunity and challenge for me because it means that I make decisions that are of importance to the institution as a whole. You’re no longer thinking just about yourself and your own projects but about the entire institution. I am questioning, “What is the role of a museum like the Harvard Art Museums,” “What are the kinds of exhibitions that we might want to display,” and “How do we want to continue to build our collection?” It is my role to think deeply about these big picture questions, strategies, programming, and directions for the institution. This kind of thinking made this a truly irresistible opportunity.

THC: What changes do you envision yourself making at the Harvard Art Museums?

SL: I’m now only about two months into the job so it’s still early, but right now what I’m interested in is really listening and finding out the full history of the museums and where the current staff feels we are and where we ought to go. I think HAM is really good in its role within the University — what it does for its students and how it works with the faculty. But I also think there’s a bigger role to be played locally, regionally, perhaps even nationally and internationally. I think Harvard as a university is a global brand — it has incredible global reach and impact, and I believe the Harvard Art Museums should aspire to be on that level as well. I would just like to push us to think a bit more globally and internationally in terms of our presence and our impact.

THC: Having lived in so many different countries, how do you feel that background has influenced the way you view and interact with art?

SL: My background stems from the fact that my father was a diplomat for South Korea. His job took our family all over, so from a very young age I lived in many different countries and, though I wasn’t necessarily aware of art at such an early age, I was exposed to it. My father’s work was about cultural promotion and he dealt very much with promoting Korean art and culture, particularly through the press. So from an early age I was conscious of what it meant to present a story or a culture through the arts. Living in different parts of the world has not only opened my eyes to those cultures, it has made me view my role as a curator similar to that of an ambassador: It is translation work. 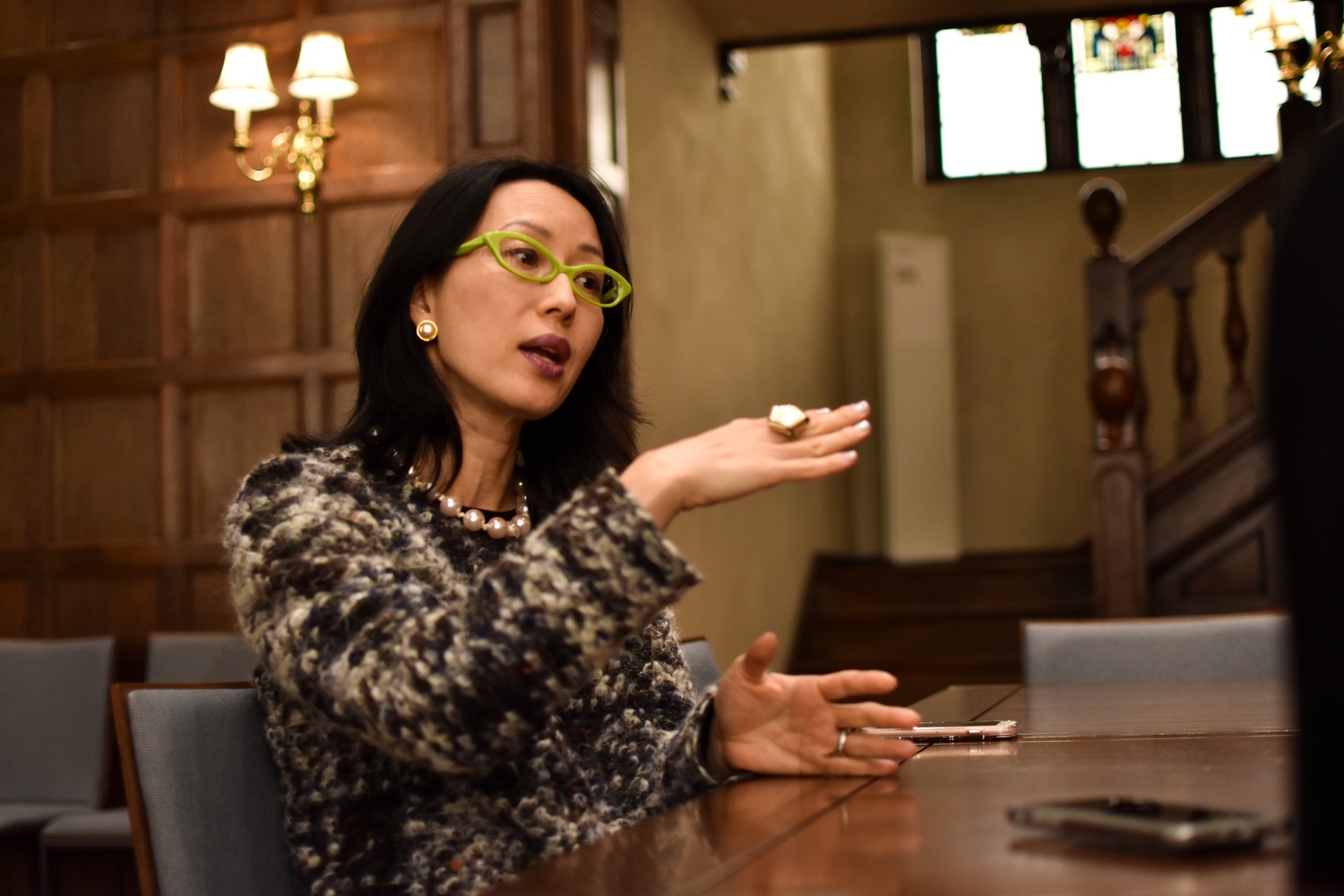 Soyoung Lee, the new chief curator of the Harvard Art Museums, speaks during an interview earlier this month. By Quinn G. Perini

THC: Given your extensive background in Asian art, Korean ceramics in particular, are you hoping to push the collection of Asian art at HAM in any particular direction?

SL: I would love to see the Asian art collection continue to grow, and that is not at odds with how the museum is thinking in general. I want to encourage us to think more holistically about the significant moments of a particular period or culture, and how to best represent the strengths of a culture. For example, our Japanese collection is quite strong in its painting tradition, but Japan is a culture well known for its decorative arts or traditions such as the tea ceremony, and we are somewhat weaker in representing that area. There are of course practicalities and realities of the market and what is possible and acquirable, but within those boundaries, I hope to really look at a collection and balance the current interests of today’s generation with the future.

Also, because I was a Korean art curator, there may be an expectation that I’m coming in to expand its Korean collection, but I would like to do that judiciously. Given my expertise, where there is opportunity, I would certainly like to make sure that that’s part of the growing narrative of this place. And given that we don’t have a curator for Korean art, and we’re also looking for a curator for Chinese art, that’s an area that I will take an interest in. I would be really happy to provide expertise where I am able to do so. In a way, that is what makes this job so irresistible: I get to retain my expertise and bring that to where it’s needed, but then there’s also the bigger purview that makes it so exciting.

THC: What do you consider the most important component of curating an exhibition?

SL: There is no one part in curating an exhibition. Though I will say, without great art the whole thing does not hold. So artwork is the core, but then you need the right concept to pull a storyline together. The selection of the works needs to be balanced with the presentation. Just because you might have 50 masterpieces does not mean you have a great exhibition. To make a truly compelling, thought-provoking, perhaps even thought-changing exhibition, you need a mode of presentation that people will understand. It is very conceptual and also very creative — it requires a kind of visualization that is very different from just putting things into words. That is one of the most appealing and challenging things about curating an exhibition because it requires many different parts of your brain.

THC: How do you grapple with trying to appeal to such a wide audience as a museum curator?

SL: Here, the Harvard community is the core, but there’s a wide range of people coming, and that is one of the biggest challenges in thinking about how to put together an exhibition. We must ask not only “What is the undergraduate going to get out of it,” but also, “What is the visitor from China going to get out of it? What about the art lover in Boston, or the artist coming up from New York?” Sometimes you cannot capture everyone. And the danger is that in trying to make it something for everyone, the exhibition will get diluted. But the trick is to layer it so that there’s a message or a takeaway for different parts of the audience.

THC: If you had to choose one piece of art from the HAM to have in your home, which one would it be?

SL: It would be this Korean vase that is not on view right now. I have known about it because the collector who gave it to Harvard was also a donor at the Met. It is an 18th century porcelain jar with a dragon, a cobalt blue and white painted dragon jar. It’s not unique, many collections have them, but there’s something about this jar… the dragon is more comical than imperial, and there’s a great energy about it that’s very approachable. The other reason is that if I took it home I could actually touch it. The one regret I have about things like ceramics being in a museum is that they can only be experienced visually. With paintings or many two-dimensional objects, that’s the intent. But objects like ceramics are meant to be handled. So you really experience a ceramic object both through looking, and if you can’t handle it and touch it, you can’t get the full experience.