Gearing Up For A Nationwide Strike, Hotel Workers Consult HUDS Union on Strategy 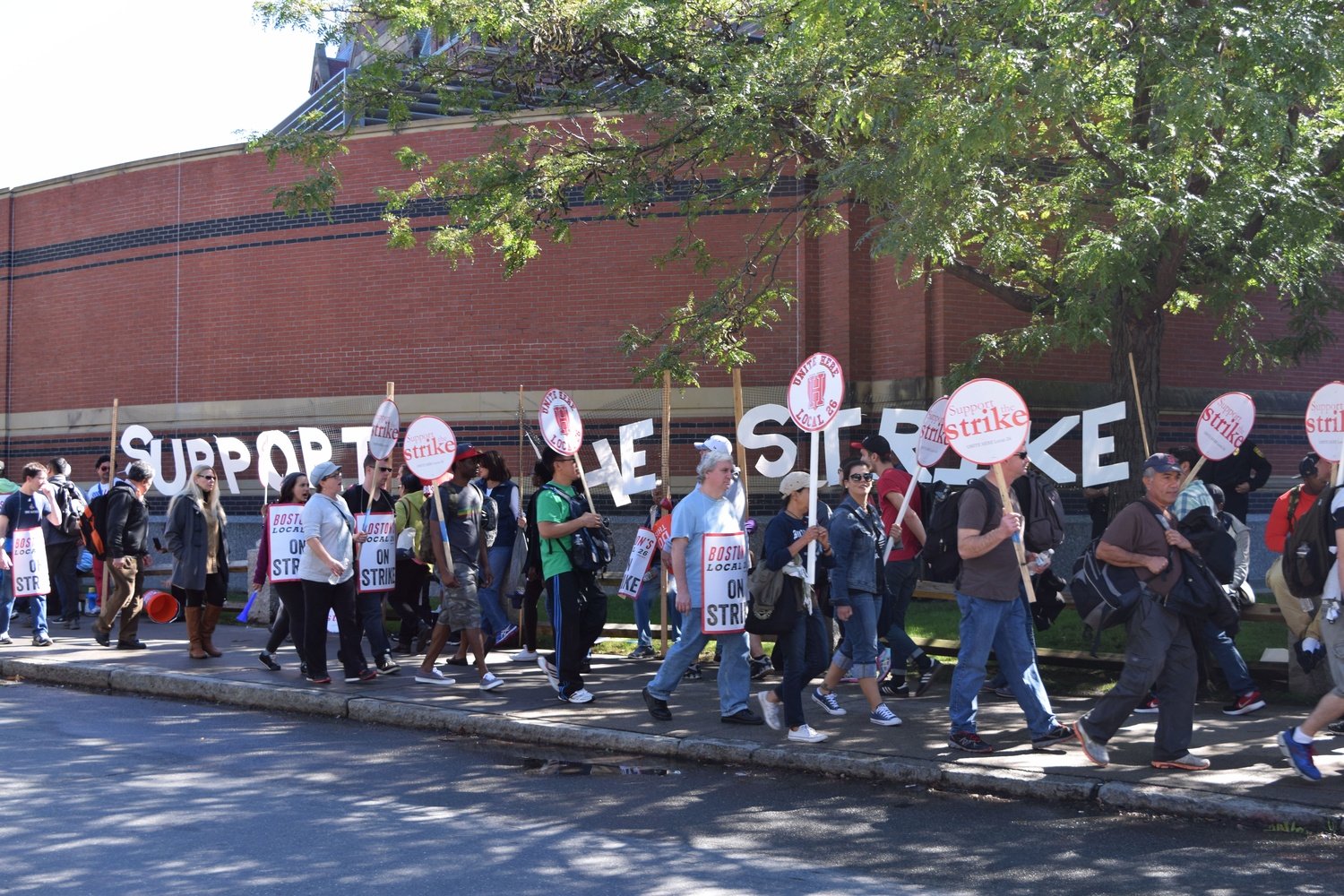 Boston employees are looking to the 2016 HUDS strike, pictured here, as inspiration as they contemplate a strike. By Jessica M. Wang
By Molly C. McCafferty, Crimson Staff Writer

Poised to go on strike at any moment, thousands of unionized hotel employees in Boston and across the nation are looking to Harvard dining workers for words of advice.

The Boston employees — hotel staff members represented by UNITE HERE Local 26 — have been locked in contract negotiations with Marriott since March, Local 26 President Brian Lang said. According to Lang, the union and the hotel chain are disagree over wages, retirement benefits, and working conditions. Workers voted on Sept. 12 to authorize a strike if negotiations fall through.

The developments in Boston follow a national-level escalation between UNITE HERE and Marriott that began early last week, after a strike vote by thousands of Marriott employees on Oahu and Maui.  Marriott workers in San Francisco, San Jose, and Seattle followed suit soon afterwards, and employees in several cities have upcoming votes scheduled.

Now, as the hotel employees prepare for a potential strike of their own, Local 26 shop chief and Adams House chef Edward B. Childs said leaders of the strike movement have been looking at the 2016 Harvard dining workers’ strike as an example to emulate.

“They’ve been calling us about how we prepared,” Childs said. “We’ve been very integral with what’s been going on — not just in Boston, nationally.”

“The Local has tons of experience, because of our experience at Harvard, in getting coalitions to work, fine tuning our demands, and strategy of how to win a strike,” he added.

After months of deadlocked negotiations, Marriott workers began hosting pop-up pickets around a month ago. Childs said the HUDS union sent a “contingent” of workers to a rally last week, and they plan to continue to attend upcoming rallies, and — if relations between union and employer reach a boiling point — walk the picket line alongside Marriott employees.

“We’ll give them as much support as we can,” Childs said.

Lang said that — for now — the union is still attempting to negotiate with Marriott, and no deadline has been set for when employees will walk out.

However, with the authorization vote passed and union leadership already talking and strategizing, a strike could happen “at any time,” according to Lang.

In an emailed statement, a Marriott spokesperson wrote that the company sees “no reason to believe” they will fail to reach an agreement with the union.

“We respect the right of our associates to voice their opinions on issues that are important to them. Should the union and our employees choose to strike, our hotels will continue to operate and work to minimize any disruption and to provide the excellent service that our guest have come to expect,” the spokesperson wrote.

Childs said he believes the Marriott strike may not have been authorized if the hotel employees had not witnessed and participated in the 2016 HUDS strike.

“Busloads of hotel workers came and supported us all the time during the three weeks, with our rallies, our pickets; they came by the busloads to help us out, and that won’t be forgotten,” he added.