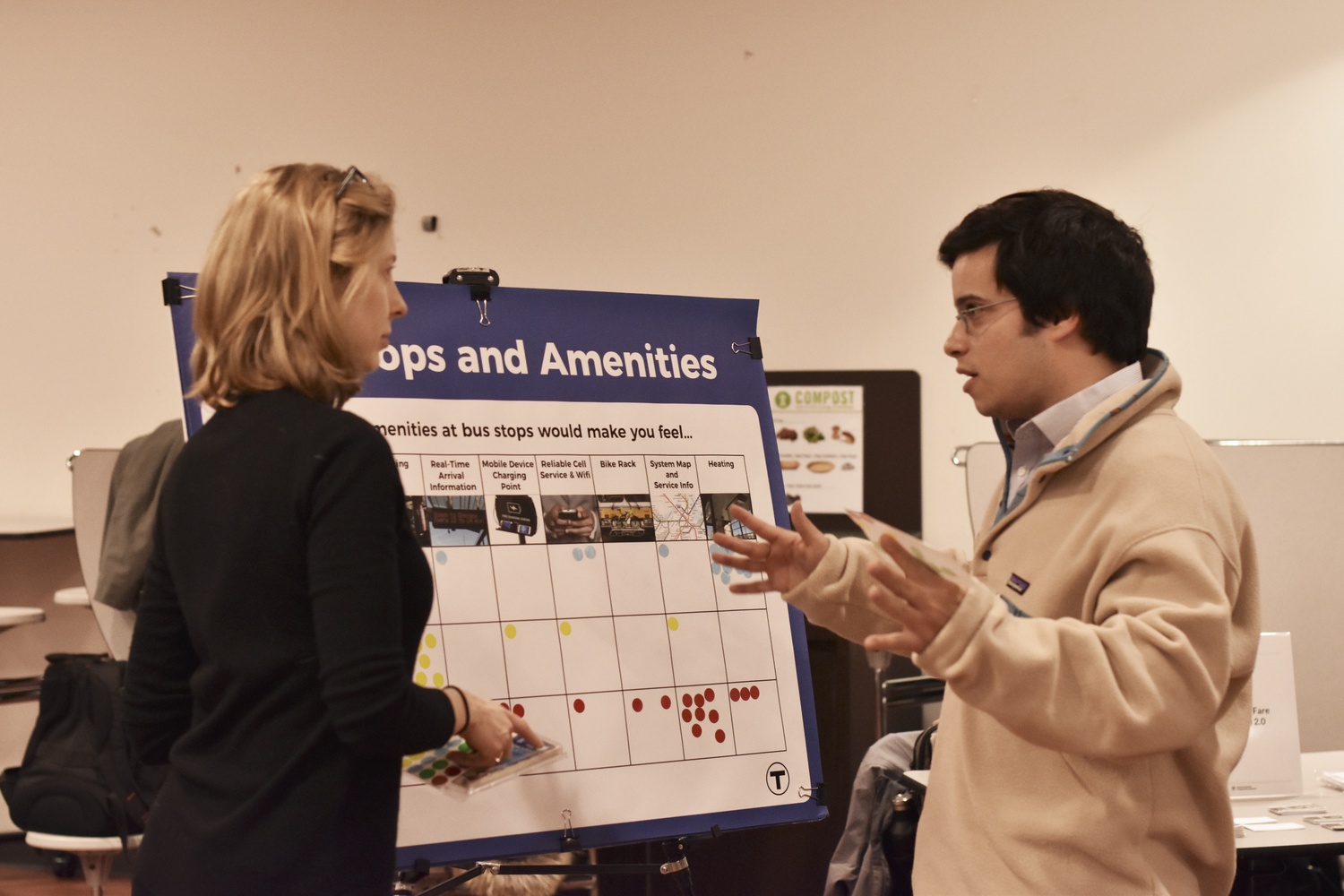 Cambridge residents discussed a Massachusetts Bay Transportation Authority proposal to raise fares for a range of public transportation options, including rail and bus services, by an average of 6.3 percent starting on July 1, 2019 at a public comment session Tuesday.

MBTA Deputy Press Secretary Lisa Battison wrote in an emailed statement that the agency must enhance revenue and cut costs in order to control a rising deficit due to increases in union, pension, and healthcare contributions.

“Based on data for the first 6 months of the year, the MBTA is on track to receive a deficit of $36.5 million,” she wrote. “Even as the MBTA continues to focus on controlling costs and growing non-fare revenue, this proposed increase, which is in line with the rate of inflation in the Boston area, is necessary for the Authority to continue making system investments to improve service.”

State law limits the MBTA to rate increases of 7 percent or less within a two-year period. The last rate hike was in 2016.

The MBTA Fiscal and Management Control Board will vote on the proposed fare hikes this March, after hearing public comment during at least twelve community meetings across the Boston metropolitan area.

The MBTA held one of these community meeting at Cambridge Rindge and Latin School Tuesday evening. At the meeting, local residents criticized the fare hikes.

Jivan G. Sobrinho-Wheeler, who works in Cambridge, said, he believes “it’s going to disproportionately affect the working-class residents of Cambridge.”

“There are other cities making public transportation free right now. We shouldn’t be going the opposite direction with ours and make it more expensive,” he said.

Aaron B. Greiner, who works in Boston, said the MBTA should ensure the increase will not hurt users who already struggle to afford public transportation by providing discounts and "ideally" free passes for people who make under a certain income threshold.

The MBTA conducted an equity analysis in January 2019 to address potential concerns surrounding the rate hikes. The report concluded the MBTA does not expect there to be a disproportionate impact on minority or low-income riders.

When weighted by fare usage frequency, the MBTA report predicted rates will increase an average of 5.99 percent for minority riders and 5.65 percent for low-income riders, both smaller increases than the 6.3 percent average for all riders. Both fares, however, are still higher in absolute terms than current rates.

At the Cambridge meeting, MBTA Deputy General Manager Jeffrey D. Gonneville acknowledged the fare increases and their role in sparking a review of investment.

“Yes, this is a fare increase. Fare increases are never pleasant for anybody. However, what this is going to allow us to do is have a dialogue and a discussion about being able to reinvest in our system,” he said.

—Staff writer Bridger Gordon can be reached at bridger.gordon@thecrimson.com.