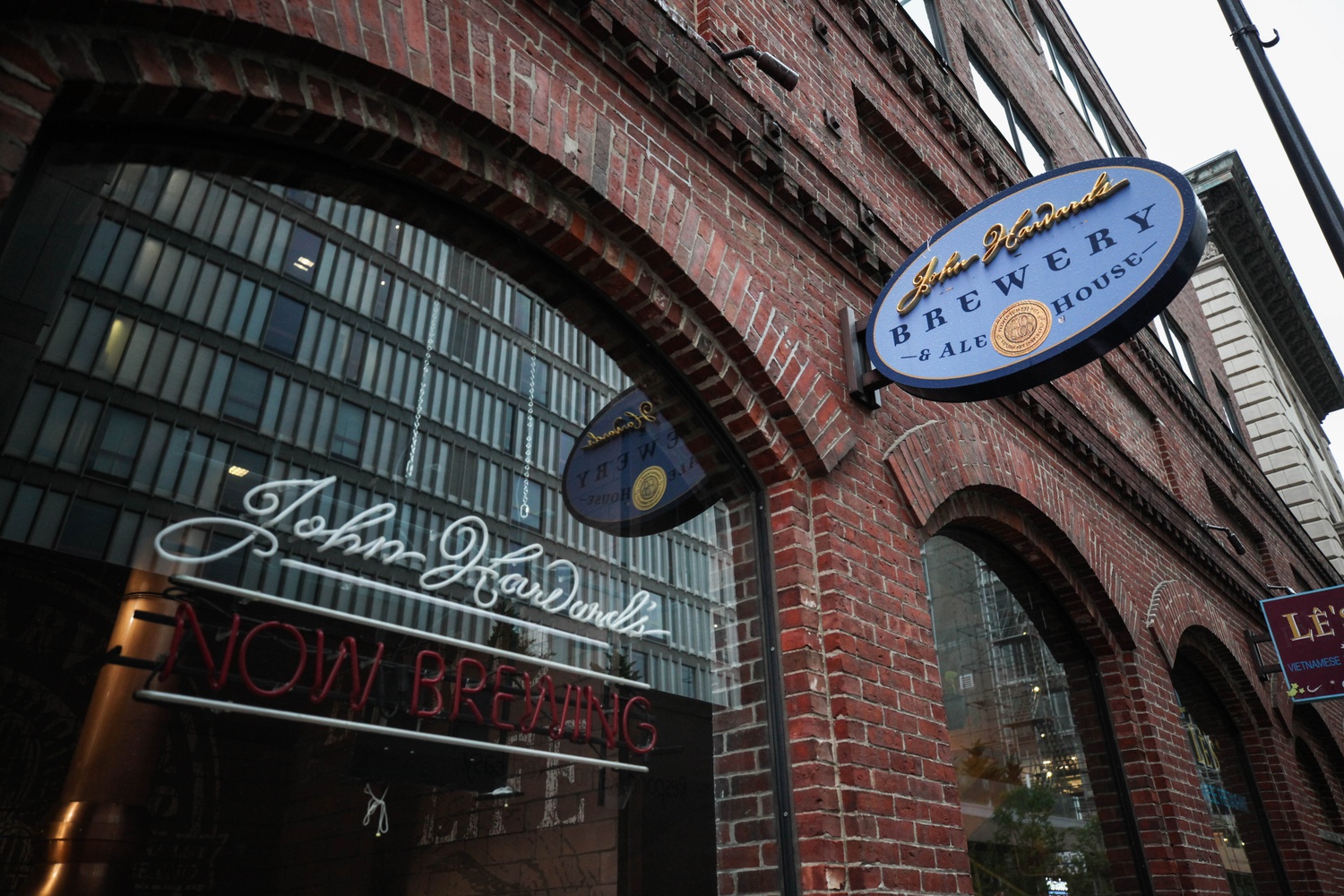 As students head out of Harvard Square for the summer, another familiar place will be packing up too. John Harvard’s Brewery & Ale House will leave its flagship location May 30th.

The restaurant, which opened its Dunster Street location in 1992, operated a brewery until 2016, preceding the larger eatery’s departure later this month.

Denise A. Jillson, the executive director of the Harvard Square Business Association, said that the restaurant’s longevity in Harvard Square was a sign of its quality.

“As with many things… a restaurant life doesn’t usually exceed a couple of decades, and the fact that they went three decades is a testament to John Harvard’s Brewhouse,” Jillson said.

Several employees at the restaurant referred comment to Trinity Property Management, the real estate company that owns its space.

Pettas declined to provide further comment, including why the restaurant closed.

Pettas said that John Harvard’s had an “agreement” with its property owner not to say anything further.

“It was kind of the agreement that we made with the property owner that we would just say that, and that was the statement that we put out,” he said.

A spokesperson for Trinity could not be reached for comment Tuesday.

Several John Harvard’s patrons said they had enjoyed eating there and that they were surprised to hear it was closing.

Charlie M. Needle ’59, who was visiting Harvard for a reunion, dined at the restaurant Tuesday with his former Winthrop House roommate. He said that it was “excellent” and that he hadn’t known about the impending closure.

Another patron lamented the changing landscape of restaurants in Harvard Square.

“I would rather support, you know, a smaller business than a chain,” said David R. Childers, Christopher’s father.

Those who are sad to see John Harvard’s ales no longer available in the Square can visit its Framingham, Mass. location.