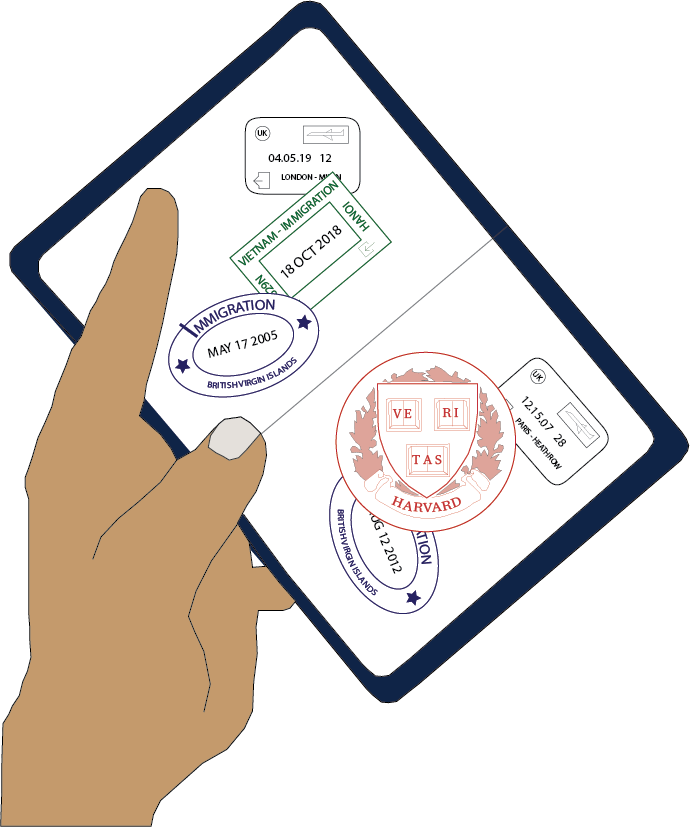 Some international students at Harvard report confronting additional hurdles in visa processing under Trump administration policies, complicating their efforts to get to campus, study abroad, and work over the summer.

Students navigating complicated visa application processes say they now face longer processing periods — delays which can affect their ability to arrive on campus each semester. They must often start necessary paperwork months in advance. Some create backup plans in case they are unable to get to campus in time for classes.

Visa processing delays, denials, and cancellations have become more common under Trump administration immigration policy for citizens of certain countries. Ismail B. Ajjawi ’23, a Palestinian resident of Lebanon, recently made national headlines when he was detained at Boston Logan International Airport and turned away from the United States.

A border official allegedly subjected Ajjawi to hours of questioning about his religion upon his arrival at Boston Logan on Aug. 27. Ajjawi told The Crimson the official searched his phone and laptop and then informed him that she had found anti-American political posts by his Facebook friends. She then told him that his visa would be cancelled and that he would have to return to Lebanon.

Harvard affiliates and international organizations swiftly condemned the decision to bar Ajjawi from the country and petitioned for his return. He eventually made it to campus 10 days later, likely aided by Harvard’s name and University President Lawrence S. Bacow.

In 2017, at least four graduate students were also turned away. The Trump administration had implemented a ban — which was later reversed — on travel from seven countries with a majority Muslim population. The students eventually arrived in the United States several weeks later, though one did not make it to campus until eight months later.

International students accepted to Harvard receive visa documentation from the Harvard International Office and apply for visas through the United States embassy in their country of origin. Multiple students said delays in processing those applications have become more common in recent years.

M. Soheil Sadabadi ’20, who is an Iranian citizen, said he has applied for visas to study at Harvard twice, once before his freshman year under the Obama administration and again this year. He said this year State Department officials asked him to supply links to his social media accounts, reflecting a Trump Administration policy announced in June.

“The first time I got my visa — when I was a freshman — my visa took, I think, two or three days,” he said. “However, this past summer, when I applied for my visa in Singapore because I was interning abroad, it took my visa around two and a half to three months.”

Sadabadi added that, much like Ajjawi, he was unsure whether he would be able to begin classes on time this semester.

“I even made plans for study abroad in Russia in the meanwhile, so that I could continue and graduate on time,” he said. “I knew the visa would arrive. It's just that for some Iranians it ends up taking months, sometimes six months, seven months, who knows.”

A State Department official wrote in a statement that student visa policies have not changed, and that the Department supports international students.

“There has been no policy change regarding student visas. National security is our top priority when adjudicating visa applications,” the statement reads. “Every prospective traveler to the United States undergoes extensive security screening. If an applicant requires additional screening for whatever reason, we will not issue a visa until that screening is complete.”

Once students arrive in the United States, some face further barriers in seeking approval for work authorization.

“The issue with OPT is that legally, you can only apply for OPT three months before the start date of that authorization,” he said. “Processing times are taking longer than three months, even though [international students] can't start applying for the application until three months before."

“For summer jobs most people are advised to do CPT and Harvard's really efficient at processing those through,” Chappel said.

“Once visa related documentation is issued by HIO, it also provides the recipient with information on the next steps they need to take in order to apply for their visa at the US consular office nearest to them,” Harvard spokesperson Jason A. Newton wrote in an emailed statement. “The recipient also is informed who their HIO advisor is to make them aware of his or her contact information, office hours and other ways they can be contacted.”

HIO’s assistance only reaches so far, though; only federal officials can actually approve visas.

“The International Office has been helpful, but their hands are tied so far as, for example, getting visas, where international offices are basically powerless — they can't do anything,” Sadabadi said.