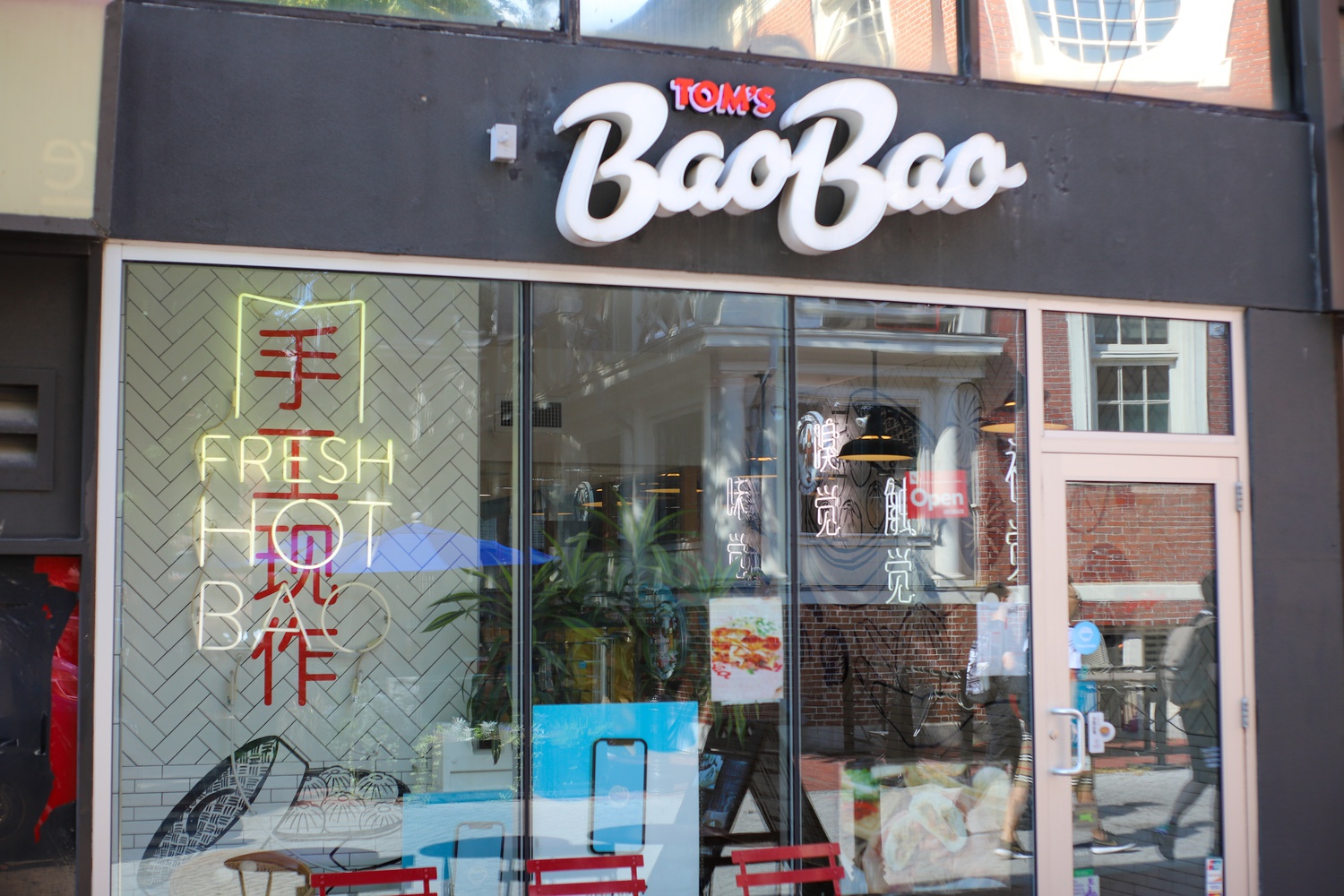 Tom’s BaoBao — the fast-casual restaurant serving baozi, or Chinese steamed buns, on Winthrop Street — has closed its doors after more than three years of business on Harvard Square.

Tom’s BaoBao opened its first United States location in Cambridge in June 2016 and is a part of the bao-making chain Ganqishi, which has more than 200 locations in China. Serving a mix of meat and vegetarian buns, Tom’s BaoBao billed itself as the only authentic baozi restaurant in the Boston area, according to COO Rosamond Lu.

Lu said the restaurant departed from Cambridge for a “combination of personal and business reasons.” Lu saw an opportunity to spend more time with her family as the reality of running a business in Harvard Square became increasingly challenging.

“It's just a difficult time and place to run a small restaurant,” she said. “Brick and mortar stores, especially small businesses and restaurants and retailers particularly, are under a lot of pressure for very high rent and high personnel costs.”

Lu’s struggle to keep up with the high cost of doing business in Harvard Square is not unique. From local shops like Black Ink and Out of Town News to brand names like Urban Outfitters and Chipotle, businesses in the square have closed their doors amidst increasing rent and the advent of online shopping.

“I think [Tom’s BaoBao’s closing] is part of a bigger issue which is that we need more foot traffic in Harvard Square,” said Denise A. Jillson, executive director of the Harvard Square Business Association. “When you have a high percentage of sales that are happening online, not only in retail sales but even food sales, where people are ordering from GrubHub and UberEats and so forth, it makes a difference.”

“It adds to challenge of businesses striving to be successful in the 21st century retail environment,” she added.

“The consumers don't always know about this, but when you're not buying direct from the restaurants, the restaurants have to pay very hefty fees to whoever you're ordering from,” Lu said. “It basically wipes out all the profits. And because everyone expects their food delivered, you kind of have to be on all these platforms, and it just adds more pressure to the business.”

Throughout its tenure in Harvard Square, Tom’s BaoBao stayed committed to fresh ingredients and authenticity, even sending its staff to China to master the art of making bao, according to Jillson and Lu.

Lu said some customers told her that they were reminded of their grandmother’s cooking when eating the bao. She said the “encouraging” environment helped as she grew restaurant’s team — many of whom were refugees and new immigrants to the country.

“They see how welcoming the customers in Harvard Square are, and I think it's encouraging for them,” Lu said.

While Tom’s BaoBao exits Harvard Square, the question of how local businesses can survive in Harvard Square remains. Jillson said she is faced with the challenge of finding yet another business that might breathe life back into the square in the wake of sky-high rent and dwindling foot traffic.

“If people don't change their habits and people don't walk the streets of Harvard Square poking in and out of the stores and seeing what's available, then you wonder, would it matter, does it matter, how much does it matter what the next business will be?” she asked. “Will it encounter the same outcome?”

—Staff writer Charles Xu can be reached at charles.xu@thecrimson.com.