Advising from Afar: Tutors Adapt to a Virtual Year 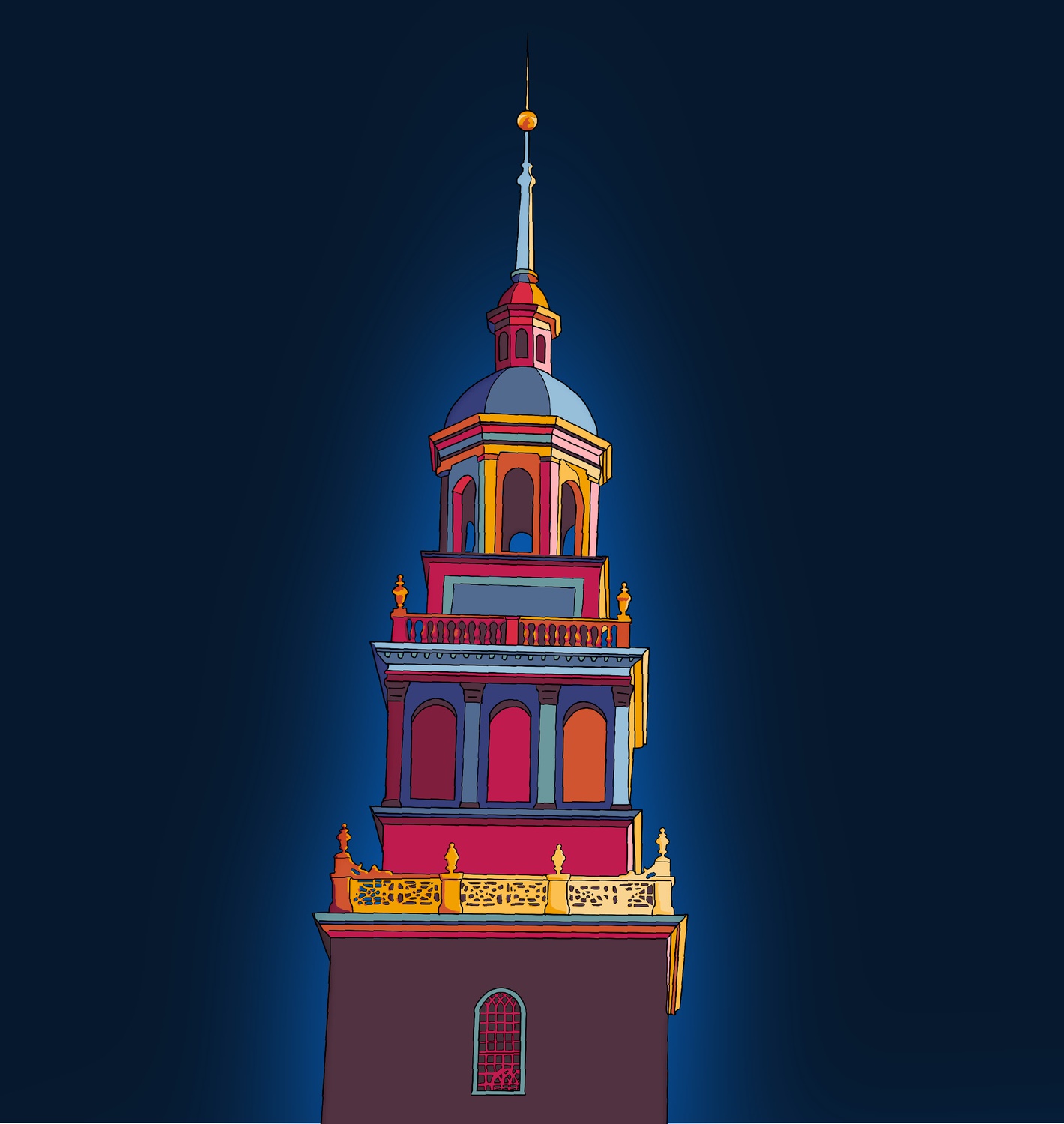 During the COVID-19 pandemic, the role of Harvard's house tutors has transformed. By Madison A. Shirazi
By Kate N. Guerin and Meimei Xu, Crimson Staff Writers

When Currier House Resident Tutor Molly C. Ryan ’14 Zoomed with students for her Quarantine Book Club, she was excited to see a copy of "Children of Blood and Bone" — a novel written by author and former Currierite Tomi J. Adeyemi ’15 — sitting on the students’ bookshelves.

In September, Ryan started the Currier Quarantine Book Club as a way to bond with students during the virtual fall semester. Through Porter Square Books, Ryan has shipped copies of the novel to around 30 students to places as far as Australia and Italy.

“They are now someone that I'll get to see and talk to and have this connection with because we've read the same book,” Ryan said.

As the pandemic scattered Harvard students across the world this semester, resident and non-resident tutors alike have endeavored to preserve the sense of community that has long defined Harvard residential life. Ryan said that prior to the pandemic, Currier House was known for its welcoming social spaces, including the Fishbowl, Solarium, and Ten-Man — all popular party spaces on campus.

“If you're coming off the shuttle, you're gonna walk by and see something going on, and maybe you hang out or say hey for a little bit,” she said.

During the pandemic, that spontaneity has disappeared. Although more than 1,600 students lived on campus this fall, the majority of upperclassmen lived off campus. Instead of in-person House orientation events that occur at the beginning of the semester, students were assigned to virtual entryways and convened over Zoom. For sophomore advising, Ryan said that meetings felt more structured in a virtual setting and often happened around certain academic deadlines, such as the course add/drop deadline.

Beyond providing students with important guidance on internships, career choices, and schoolwork, Ryan said, the role of a resident tutor also involves making meaningful connections with others in the House.

“Being around and being yourself is part of what it means to be part of a community and to build a community,” Ryan said. “And because of the way things have to be more structured and planned on Zoom, it's a little bit harder to get to know people in those informal ways.”

For decades, tutors have bridged the gap between students and House administrators, including Faculty Deans.

Ann B. Georgi, along with her husband Howard M. Georgi ’67-’68, served as an adviser to students for two decades, from 1998 until 2018, as Faculty Dean of Leverett House. Georgi was also the first Life Sciences Undergraduate Research Advisor. She created the position to expand the Life Sciences advising opportunities she informally provided to Leverett students to all undergraduates.

As Faculty Dean of Leverett House, Georgi coordinated the activities of the tutors throughout the House, ensuring that selected tutors were both approachable and well-informed in their field.

“We actually felt that hiring tutors was the most important job we did in the House,” she said.

Resident and non-resident tutors and faculty deans also play a large role in the application process for summer internships, early careers, and graduate school, including medical and law school. Tutors work to ensure students are able to convey their strengths in any application, Georgi said.

Current Harvard Law School student Neil S. Davey ’18, a former Cabot House resident, said that a pre-law tutor helped him shift his perspective when he was applying to law school. The tutor advised him to focus on a problem he wished to solve rather than solely discussing his accomplishments.

“Obviously, you get some credit for where you went, but at the end of the day, you’re on a new playing field with the people you're working with,” Davey said. “I think it’s just important to take to heart that it still requires hard work and passion and compassion, which is, I think, a super valuable advising lesson.”

House letters of recommendation are particularly important for eager fellowship applicants. Howard M. Georgi wrote many House letters for applicants to the Rhodes and Marshall Scholarships.

“We knew our students,” Ann B. Georgi said. “And so, it was easy for us to really point out their strengths.”

Coordination among tutors, and casual student-tutor interactions throughout pre-pandemic school years bolstered a strong sense of community that contributed to the overall success of advising at Harvard, Georgi said.

“The tutors really were a very close knit community,” she said. “And yet, when you walked into the dining hall, they were almost always sitting with students, and not just the tutor table.”

Advising in the Age of COVID-19

Rita Guan Ye, a non-resident tutor in Adams House, hosts a live sutra-chanting session every Tuesday evening over Zoom. She and the students take turns chanting the Heart Sutra, a sutra in Mahayana Buddhism. As opposed to students who pass by a table casually in the House, the students who click on the link have real desire to learn, she said. In her emails to students, Guan Ye includes the English translation as well as an introductory video for students who are interested in learning more.

“Sometimes I feel like I'm the spiritual counselor or something because you have to really focus, because the students who really click the link, they are really interested and they want to know something,” Guan Ye said. “There are questions all the time and because of my own unstable connection sometimes I drop out, and we have to re-enter [the Zoom room] five times.”

Makinde Ogunnaike, a Pforzheimer House resident tutor and the head of race relations advising, also said that the formal nature of scheduled, online meetings allowed him to talk about sensitive topics.

“Oftentimes you need to be very, very close with a student before they feel comfortable discussing very difficult issues,” Ogunnaike said. “And this year, for better or worse, that's that barrier has been lowered a little bit. I'm able to have some real conversation with students.”

Ogunnaike, who also serves as a fellowships tutor, added that more students have reached out to him about fellowships than in previous years.

“You can just broadcast things to students and then it's kind of expected that you can just meet whenever you want, over a computer,” Ogunnaike said. “So it's actually been a lot easier, or I've gotten a lot more face time with students this year than in years past when everyone wanted to meet over lunch but had a tough schedule.”

For some fields of advising, the pandemic has not prompted much refashioning. Benny Goldman, a Winthrop tutor for Economics and intramural sports, has not witnessed a significant change with many Economics courses as a result of the pandemic, and thus advising in that field has remained largely unaffected.

“I would say in general the pandemic has not affected Economics that much,” he said. “A lot of econ classes are actually pretty conducive to being taken online, because it's a lot of lectures with PowerPoint slides, which is reasonably simple to translate to Zoom.”

Because Economics classes have been more successfully able to transition onto an online platform than lab-based STEM courses, advising in Economics is less complicated.

“I've still been able to touch base with advisees via Zoom and I think just by the nature of what economics is — not a ton of that involves being in person— so I think much can continue on virtually,” Goldman said. “But I would imagine, relative to other fields, it’s kind of one that translates nicely virtually.”

While the online format has pushed tutors to adapt in new ways, fostering a vibrant sense of student life has become a unique challenge.

Grant M. Jones ’14, a Winthrop House resident tutor who coordinates sophomore advising and BGLTQ events, said that while matching sophomores with appropriate advisors did not change this year, the virtual nature of the Fall 2020 semester forced adjustments to sophomore orientation traditions.

For example, the sophomore advising orientation and outing committee could not organize a beach excursion, like in previous years, and conducted activities over Zoom instead. Jones has noticed changes to other traditions and dwindling attendance for remote programming within the House, including study breaks.

“I think everyone kind of rolls these days with some level of Zoom fatigue,” he explained. “I think people are trying to moderate their relationship with screens, as a result. And so I think, doing programming in this year, reaching out to folks, it's different, it's a lot harder. That being said, folks still show up sometimes to some things but it's definitely a different energy.”

Goldman, like many other tutors, felt that group events within a House have become less beneficial for students given the remote semester.

“I think in general just when students have been on Zoom all day for classes, it's really hard to get them to show up for extra Zooms in the evening,” Goldman said. “Most of my meetings with students have had a specific purpose. It's been less kind of just meet-and-hang-out type of thing just because that's less natural to do on Zoom.”

In a typical school year, intramural sports are a large component of House life on campus, as students are recruited to play on a team against the other Houses. Because of the online semester, the College has implemented new strategies to encourage physical activity and community-building. However, the absence of in-person intramural sports has had a great impact on student involvement in athletics, Goldman said.

“The challenge is when students are at home, the coaches are competing with non-Harvard resources, so it's quite easy to go on YouTube and find your favorite yoga instructor or a bootcamp class,” said Goldman. “I think sometimes when students are not physically at Harvard, it's hard to get students’ demand for these things very high.”

In addition to sports, Ogunnaike said that he misses learning about students’ interests through dining hall conversations.

“They often swerve into really unexpected areas where you get to know people really deeply,” he said. “You can start talking about some weird choice for YardFest, and then five minutes later, you're talking about deontology or some completely different frame on literary criticism which has lots to say about modern movements and politics. You have no idea how you got there but now you have a new perspective on something in the world [...] and oftentimes a huge new respect for lots of the people speaking around the table.”

Regardless of the difficulties presented by the pandemic and remote semester, tutors said they are actively looking for ways to engage and support students.

“For me the heart of the role really relies on the one-on-one interpersonal relationships that you can create with students. Those are just really special,” Jones said. “That’s definitely by far the greatest reward of the job.”