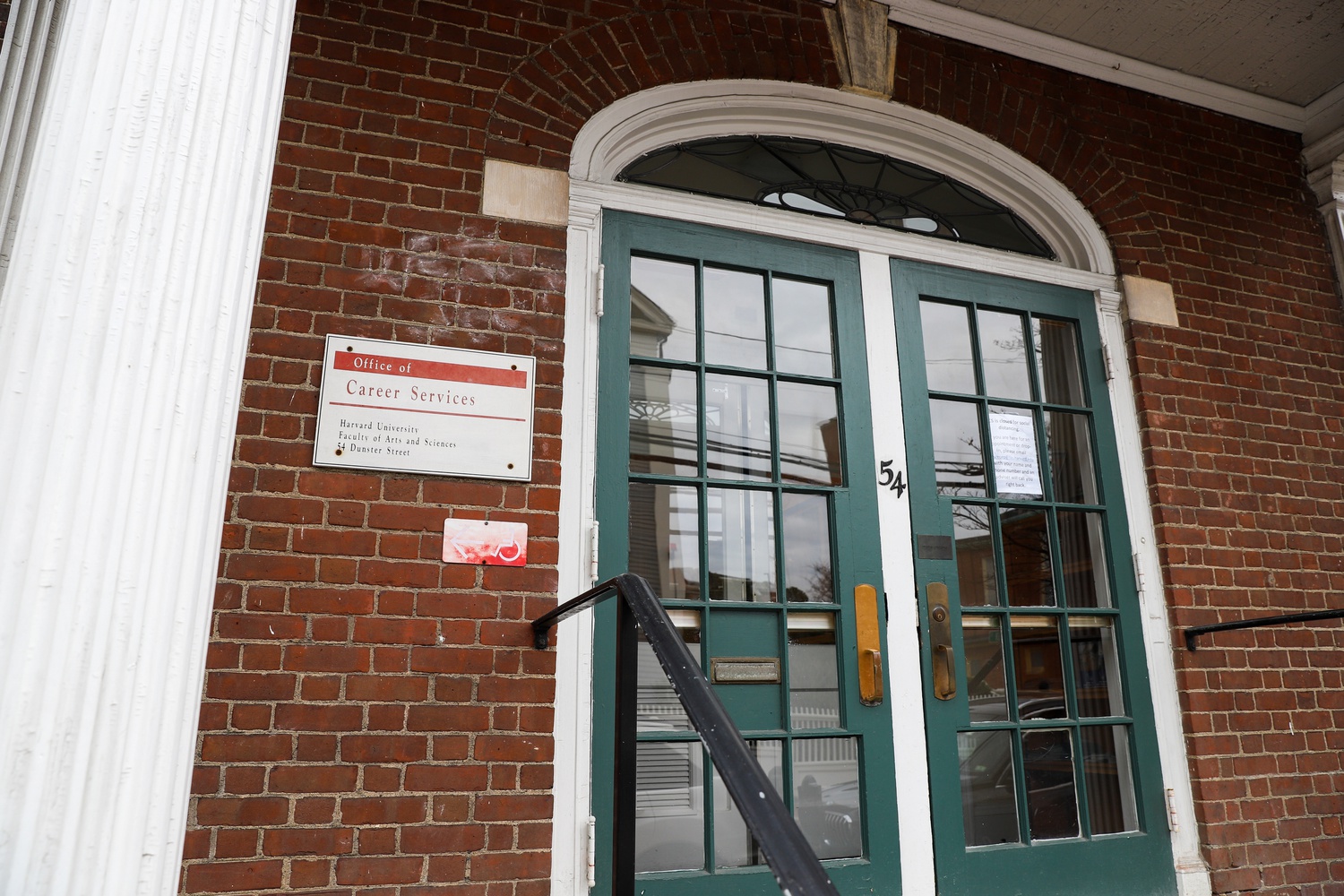 With lockdowns and economic downturn, the current COVID-19 pandemic has brought much uncertainty to the Class of '20, who must now plan and search for post-graduate employment. By Ryan N. Gajarawala
By Juliet E. Isselbacher and Amanda Y. Su, Crimson Staff Writers

Eric J. Cheng ’20 was set on moving out to Los Angeles to pursue a Hollywood career in acting and writing after he graduates from Harvard this spring. He said he thought the best way to enter the entertainment industry was to live at the center of it.

“L.A. works in real time,” Cheng said. “You have to be there and be present.”

But with the city under lockdown and physical production of major films and television series halting due to the coronavirus pandemic, Cheng said his dreams may be dashed.

“I’ve been looking at apartments, but it’s hard because now I really don't know if I'm going to be there in July or even the next year,” he said.

For seniors set to graduate, the coronavirus has rapidly changed where and how they expected to live, work, and build a career. In a matter of months, the global health crisis has flummoxed both members of the class of 2020 and the Harvard officials tasked with guiding them.

Director of Harvard’s Office of Career Services Robin E. Mount said she has shepherded students through the 2008 recession and the 2001-2002 dot-com burst. But neither event is quite comparable to the present circumstances.

“We’ve had a few crises that we’ve weathered through in our offices, and the only one they’re saying is the most similar is World War II,” she said. “What’s so different about this time is there’s two crises going on at once. There’s the health crisis and the social distancing. And then there’s the economic crisis.”

Seniors are now facing a job market rife with uncertainty. Those with once certain summer or full-time employment are now scrambling to find alternatives as employers delay or even rescind offers due to the unpredictable timeline of the coronavirus.

After successfully being matched with a state government for a fellowship, Government concentrator Kaitlyn M. Greta ’20 said she only had to clear a state-level interview. But as the coronavirus outbreak worsened across the country, her fellowship informed her the state had to postpone scheduling interviews indefinitely.

“I’m potentially going to state government and politics,” she said. “And with the coronavirus, all the resources are not going into hiring which makes complete sense. They’re going into figuring out resources to fight the virus.”

Mauricio D. J. Garcia ’20, who hopes to find a research position before he eventually applies to medical school, said he feels lucky the demand for pharmaceutical innovation has not ceased.

However, Garcia said he is concerned a research position that would ordinarily start in late May may now be pushed into the fall.

“As someone who would really rely on some sort of income that would come right after graduation from these jobs, that now puts me in this weird sort of limbo where now, I don’t know how financially secure I might be during that time,” he said.

As cities and states have ordered lockdowns for most residents, many companies are also navigating how to continue their operations remotely. But for some, like those in retail, dining, and entertainment, such measures are not possible.

Avila S. Reynolds ’20, an aspiring film director and writer, said the pandemic has prevented her from finishing her film thesis because she is unable to use Harvard’s equipment, its budget for permits, as well as its student actors, dancers, and crew members. Those changes have left her without a valuable portfolio centerpiece for job applications.

“Because of coronavirus, and having to go home, I’ve effectively lost all of my equipment and all of my resources and am now facing a lot of anxiety and fear,” Reynolds said. “There are financial difficulties because I was banking on having this film to use for my portfolio to then apply for other jobs in media.”

“I’m a little bit concerned in terms of how willing people will be to take on younger people in media who don’t have as much to offer, and how those jobs which are already kind of scarce and low paying will potentially disappear,” she added.

Eleonore L. Evans ’20, a History and Literature concentrator searching for a career in communications or content production, also said she is anxious about the future of the economy and predicted layoffs.

“The predictions for unemployment are pretty dire, so having all of that go on in the background definitely doesn’t help matters,” she said.

Evans said that she intends to avail herself of the Harvard Alumni Directory, as well as the Harvard Varsity Club, a networking service for student-athletes.

“Harvard students are certainly not going to be disadvantaged compared to other students,” she said. “There’s lots of helping hands that want to reach back and help support students.”

Though Mount said hard hit sectors such as airlines are not “big areas” for Harvard students seeking entry-level jobs, the major exceptions are corporate retail and international consulting.

She added that her office is currently scouting opportunities for students at “green shoot” companies that are thriving in the crisis, such as biotechnology, pharmaceutical, and health care firms.

Though most students have returned home after Harvard decided not to reopen for classes after spring break, OCS will continue to offer virtual programming and advising services.

OCS also offers its full resources to alumni up to five years after they graduate. Mount said the office is prepared to help students through a variety of challenges in the coming months and years.

“We’re here to help you. We’re fully staffed. We’re going to be by your side as these things unfold. It’s too early to really say what all of the impacts are going to be but that we’ll muddle through it together,” Mount said.