In Marathon Meetings, City Council and Cambridge Residents Deliberate Over Funding for the Cambridge Police Department 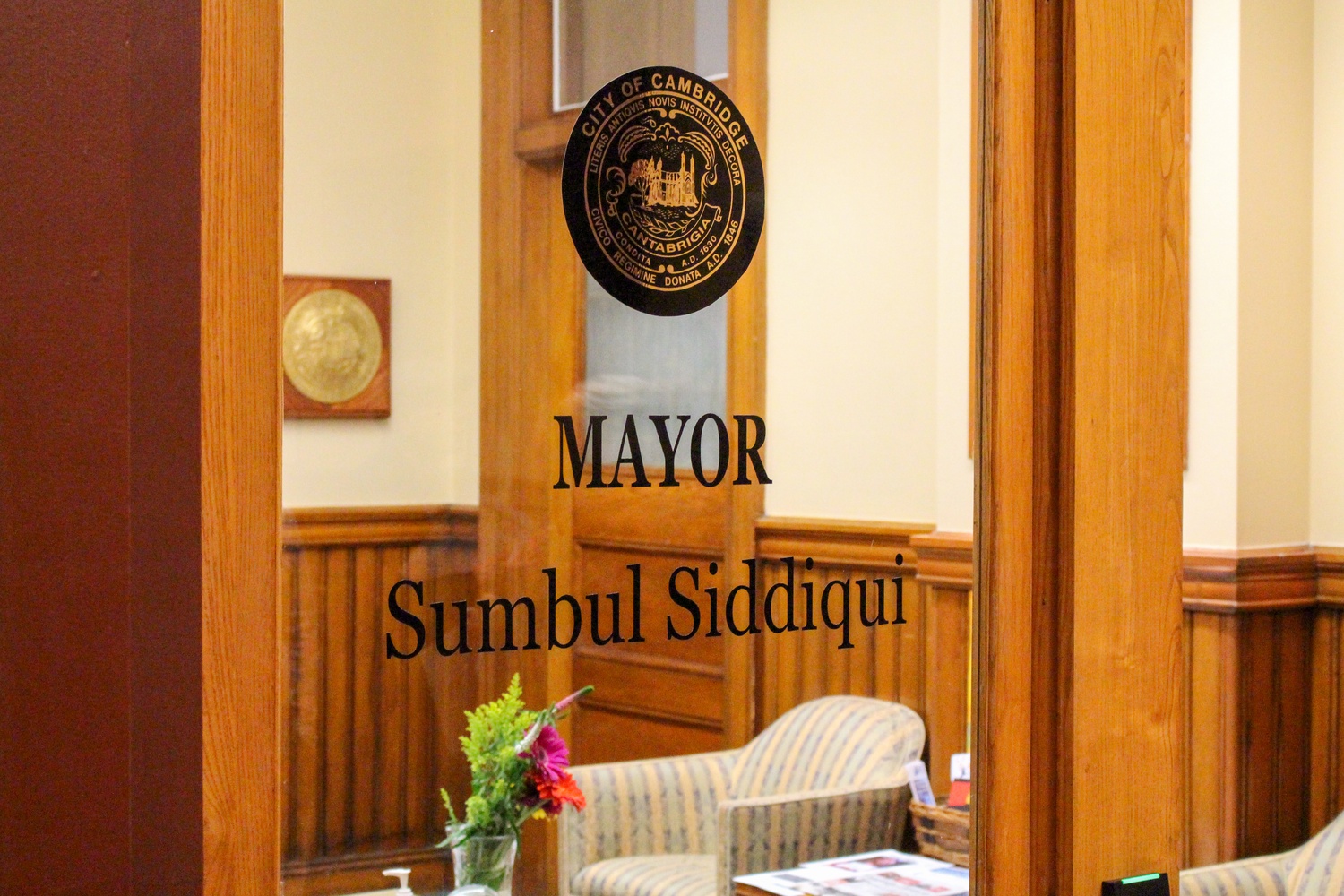 After nearly five hours of public comments from Cambridge residents, discussion over the budget for the Cambridge Police Department — framed by a national debate over police brutality — became heated Wednesday when the City Council heard testimony from Police Commissioner Branville G. Bard, Jr.

The discussion centered around Policy Order 7 — co-sponsored by Councilors Jivan Sobrinho-Wheeler and Quinton Y. Zondervan — which requests that the city manager reallocate the funding increase for the Cambridge Police Department in the next budget to other services.

In the proposed budget for fiscal year 2021, CPD’s budget was slated to increase approximately $4.1 million from the previous year. The allocation makes up $65 million of the $715 million city budget, which the council is set to vote on Monday, June 15.

The policy order does not propose defunding the department, only holding its current funding level from the previous fiscal year.

Sobrinho-Wheeler said during the meeting that the policy order is meant to start a larger conversation about the relationship between police and the city.

“This is part of a larger discussion with the council and the city you have been having for a while about racism that the Black and brown residents of Cambridge face and about the role of policing in Cambridge,” he said. “There are, of course, other aspects of our conversation, including about the connection between racism and public health, and of police accountability.”

The debate over the role of police in Cambridge comes amid protests nationwide over police brutality following the murder of George Floyd, a Black man, by Minneapolis police in late May. On Sunday, the Minneapolis City Council announced it will begin a process to dismantle the city’s police department, though it has not yet specified how.

Bard, along with City Manager Louis A. DePasquale strongly objected to the councilor’s proposal during the meeting. Bard said it was “befuddling” that he was not consulted by the councilors about the proposal, and added that the blocked funding would impact “community policing” programs.

“To attempt to take this kind of action with our budget in my opinion, is a lack of awareness as to the level of collaboration that this department does with other city agencies to actually enhance public health and public safety,” he said. “That's your children, your elders, your homeless, and those suffering from mental illness and substance abuse.”

“I'm gonna just say flat out, it's not sound governance,” he added.

Bard announced Monday that all CPD officers must now intervene in any instances of excessive force by another officer, where previously they were only required to report such cases.

Bard also directly criticized the sponsoring councilors — Zondervan and Sobrinho-Wheeler — for what he said was a “level of arrogance” in not consulting him.

“The fact that it seeks to defund all of the progress made to combat racial and justice and policing and to establish productive relationships with communities of color, without so much as even consulting me, is alarming, and I believe it reflects poorly on the sponsors,” he said “

During Bard’s testimony, Zondervan interrupted and said he was “lying” about police budget items, specifically the alleged military equipment police, which Bard had denied in his testimony.

Tempers flared, and several minutes of heated exchanges across the council chamber ensued, in which Councilor E. Denise Simmons said Zondervan was “out of control” and a “bully.”

Zondervan later defended his remarks, and said he was trying to hold the department accountable.

“Part of the reason that I got upset earlier this evening is that it is very disturbing to me when people in power are telling us everything's okay,” he said. “We are being silenced, and not given the opportunity to come to our own conclusions and to question authority.”

Simmons said she is concerned about the level of “outrage” over George Floyd’s death, a level she said she believes did not exist in the past when Black Americans were killed by police.

“Weren’t the countless other Black men that we failed in so many different ways, important?” she said. “So I just have to question the outrage, because it wasn't there then.”

Simmons also said the council should examine their own issues as well.

“Let's talk about the bias that we have,” she said. “If there's a problem in the city, it starts here with the policy makers.”

After the tense discussion, Sobrinho-Wheeler exercised his prerogative to table the order, pushing the issue to the next council meeting. In addition to the budget issue, the council also voted to send the Affordable Housing Overlay — a contentious proposal that dominated council elections last year — to committee for future hearings.

On Monday — the council’s normal meeting day — council members heard nearly five hours of public testimony. The vast majority of residents gave their support for Policy Order 7, and many also said this was their first time speaking to the city council. Approximately 400 residents signed up to speak, according to Siddiqui.

Bard said he did not find the public comments sincere or convincing.

“I did not hear authentic voices on Monday night,” he said. “I heard a bunch of people looking for their 'I'm a Black ally' receipts, hoping that they can somehow use it to pay off white guilt.”

Several speakers cited an incident in 2018 where CPD officers forcibly arrested Black Harvard undergraduate. The event sparked outrage over the officers' alleged use of excessive force and police brutality.

Amanda T. Chan — a Law School graduate — said living near where the altercation took place is “disturbing,” adding that she believes the department does not make residents safer.

“I really believe that if we all want to live in a community that is safer, and that is supported by social services, compassion, and generosity and not with weapons, pepper spray, tasers, and physical violence, I think that policy order should certainly be approved by this council,” she said.

Avriel C. Epps-Darling, a student in the Graduate School of Arts and Sciences, said she agreed with the proposal, and that she and her family do not feel safe around police in Cambridge.

“As a Black woman with a small son, I am terrified to interact with the Cambridge police department and that makes me really sad to be a part of this community,” she said. “So, I hope that everyone has the power to do something to change that as well.”

Isaiah A. Osazuwa II ’23 said in his testimony he believes the funding should shift to programs that focus on health care and education to deal with public issues, as well as “reinvesting” in marginalized populations in Cambridge.

“We should not let the increased funding to Cambridge PD cause us to miss out on the opportunity to make Cambridge an even more amazing place to live,” he said. “Instead, we must reallocate this funding toward more progressive interventions that truly will bring more safety to Cambridge.”

A previous version of this article incorrectly identified Amanda T. Chan as a current Law School student. In fact, she graduated in May.