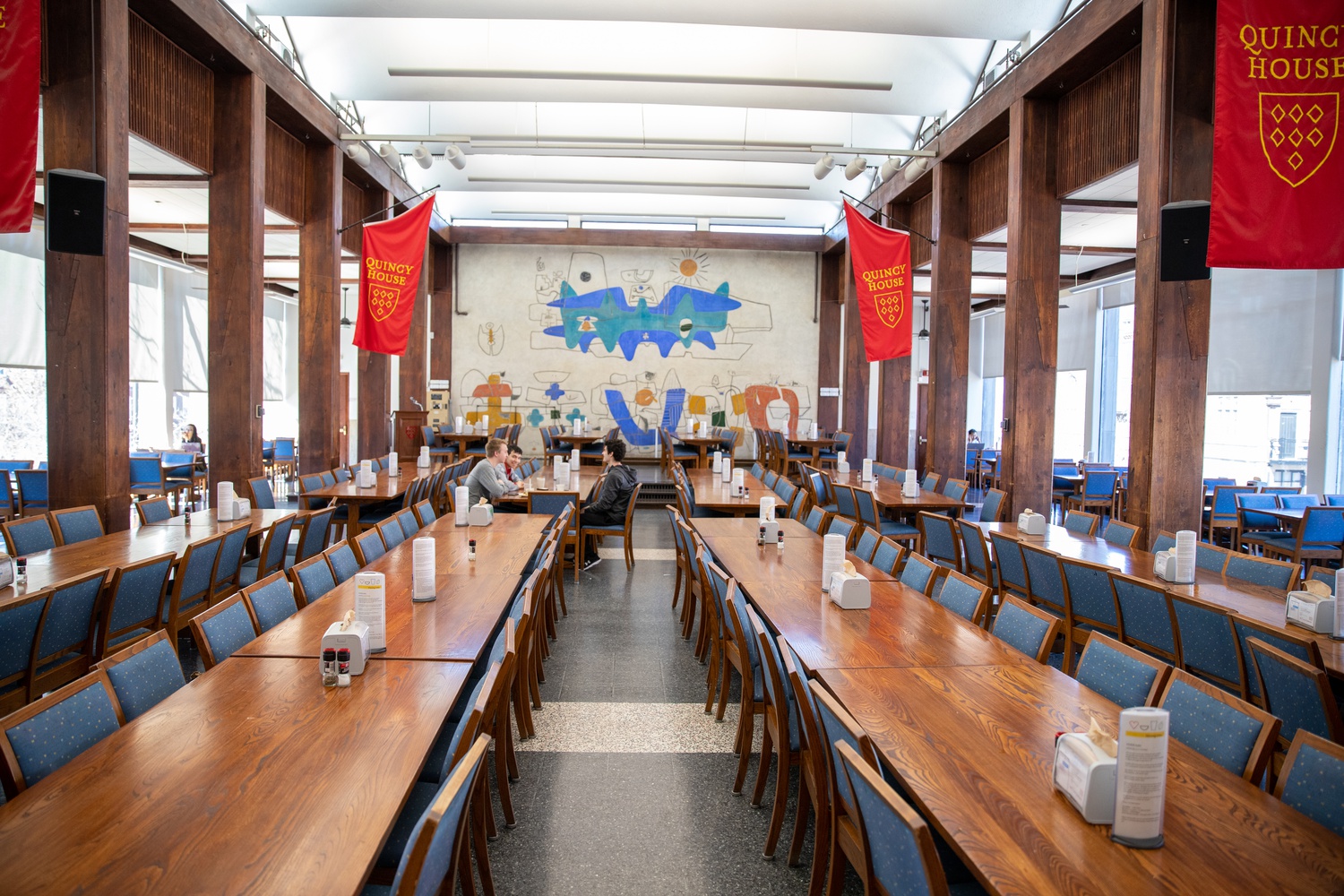 After a staff member tested positive for COVID-19, Harvard University Dining Services employees and kitchen staff were instructed by a manager to go home when they arrived at the Quincy House dining hall Tuesday morning.

But after receiving those instructions, a different member of management asked four general service workers to instead stay and serve breakfast to students living in the house — generating confusion and concern amongst the staff, according a Quincy dining hall worker who The Crimson granted anonymity because they feared retaliation.

The worker said staff were told that "no one is supposed to work" and that they need to "sanitize" before returning to the dining hall.

UNITE HERE Local 26, a labor union that represents Harvard’s dining workers, has begun an investigation into the incident and is currently in discussion with the University in order to fully understand the situation. Ed Childs, an Adams House chef and former Local 26 chief shop steward, said the negotiations “may last a day or two.”

According to HUDS protocols, since all employees practice social distancing and wear protective equipment, it is assumed that they have not been exposed to infection. The protocol also states that workers who may have been sharing a kitchen or dining hall with an individual who tests positive can work in another location until the dining hall has been cleaned and disinfected in accordance with CDC requirements.

HUDS spokesperson Crista Martin wrote in an email that HUDS immediately initiated response protocols and closed the dining hall after receiving notification that a worker had tested positive. Martin added that HUDS does not have an immediate reason to believe that other staff members — including the managers who continued to serve students for the rest of the day — were close contacts of the worker who tested positive.

Harvard University Health Services will complete a contact tracing review of the situation, per Martin. HUDS management has not instructed the Quincy dining staff to get tested for COVID-19 before re-entering the kitchen or dining hall.

Students living in Quincy received an email from house administrator Krystle Petrie Tuesday morning redirecting them to the Junior Common Room for the day’s breakfast, lunch, and dinner pick up.

The normal upper-level meal pick-up location in Quincy dining hall has been closed, according to several undergraduates living in Quincy. C. Angela Dela Cruz ’24 said the stairs leading up to the main dining hall were “roped off,” adding that the modified setup was “basically a condensed version of the dining hall.”

Lachlain B. McGranahan ’24 said Petrie’s email provided “no reasoning as to why” the dining hall was closed. HUDS closed the top floor to allow a cleaning crew to sanitize the kitchen and seating areas.

Petrie wrote in her email that students should expect to return to normal dining hall pick-up operations Wednesday morning “unless otherwise advised.”

Quincy dining hall staff are currently unaware if their managers expect them to return to work tomorrow morning, the worker said.