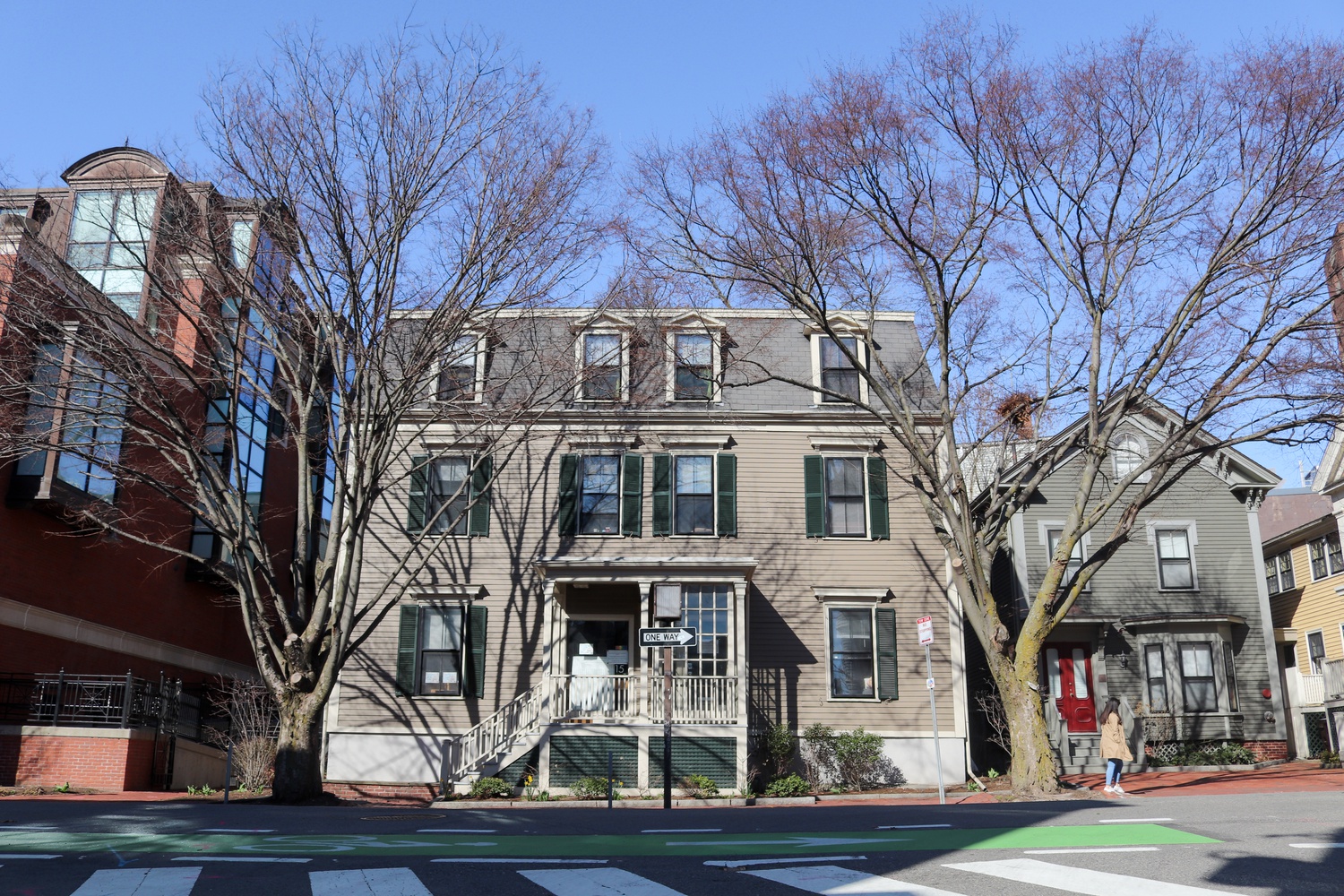 The headquarters of the Harvard Union of Clerical and Technical Workers is located at 15 Mt. Auburn St. By Santiago A. Saldivar
By Cara J. Chang and Meimei Xu

The contract was ratified by 81 percent of voting members of the Harvard Union of Clerical and Technical Workers, the largest union on campus, which represents more than 5,000 workers. Seventy-one percent of eligible voters cast a ballot. The ratification vote ran from Monday to Wednesday on the secure online election software ElectionBuddy, marking the union’s first online election.

“We’re very happy with the results and with the excellent HUCTW voter turnout,” Carrie E. Barbash, the union’s president, wrote in an emailed statement. “We are very grateful for the support of our members, and the support of our sisters and brothers in the other campus unions.”

The one-year agreement includes a 2.9 percent raise and a $500 bonus for members who have worked at Harvard for at least 12 months. Ahead of voting, some union members raised concerns that the 2.9 percent raise would not be enough, urging others to vote “no” on the agreement.

Desiree A. Goodwin, a Widener Library assistant, said Thursday she was “disappointed” with the new contract because the union “missed an opportunity” to push for a larger raise.

“What’s the purpose of having the union in that case, if you’re just going to say, ‘We’ll take whatever they offer us,’” she said.

Goodwin added the lower percentage of “yes” votes demonstrates that more workers “are getting frustrated” with union leadership.

“I think they need to engage the membership more,” she said. “There’s a lack of transparency in the negotiating process in our union especially. We’re not allowed to observe the negotiations. They don’t meet with us regularly, to rally us and speak to us and ask us to join in.”

In an emailed statement last week, Barbash wrote that having “some level of confidentiality” in negotiations with the University allows both sides to have more honesty and creativity in developing mutually beneficial policies. Union leaders have encouraged members to reach out with concerns throughout the process, she added.

“During this round of talks, we had hundreds of lunchtime meetings with members throughout the negotiations process, where we talked frankly about what was going on at the negotiating table, in addition to our more formal written communications,” Barbash wrote.

The contract also includes a new tax assistance fund for HUCTW members taking job-related graduate courses at Harvard, as well as five additional retroactive sick days for members to use to receive pay for Covid-related absences from April 2020 to the end of May 2021. The agreement will also increase funding for joint union-University assistance programs covering child care, education, and transportation by 2.75 percent.

As for non-economic proposals, the contract includes a new Harvard-HUCTW committee on diversity, equity, inclusion, and belonging and more equitable contract language.