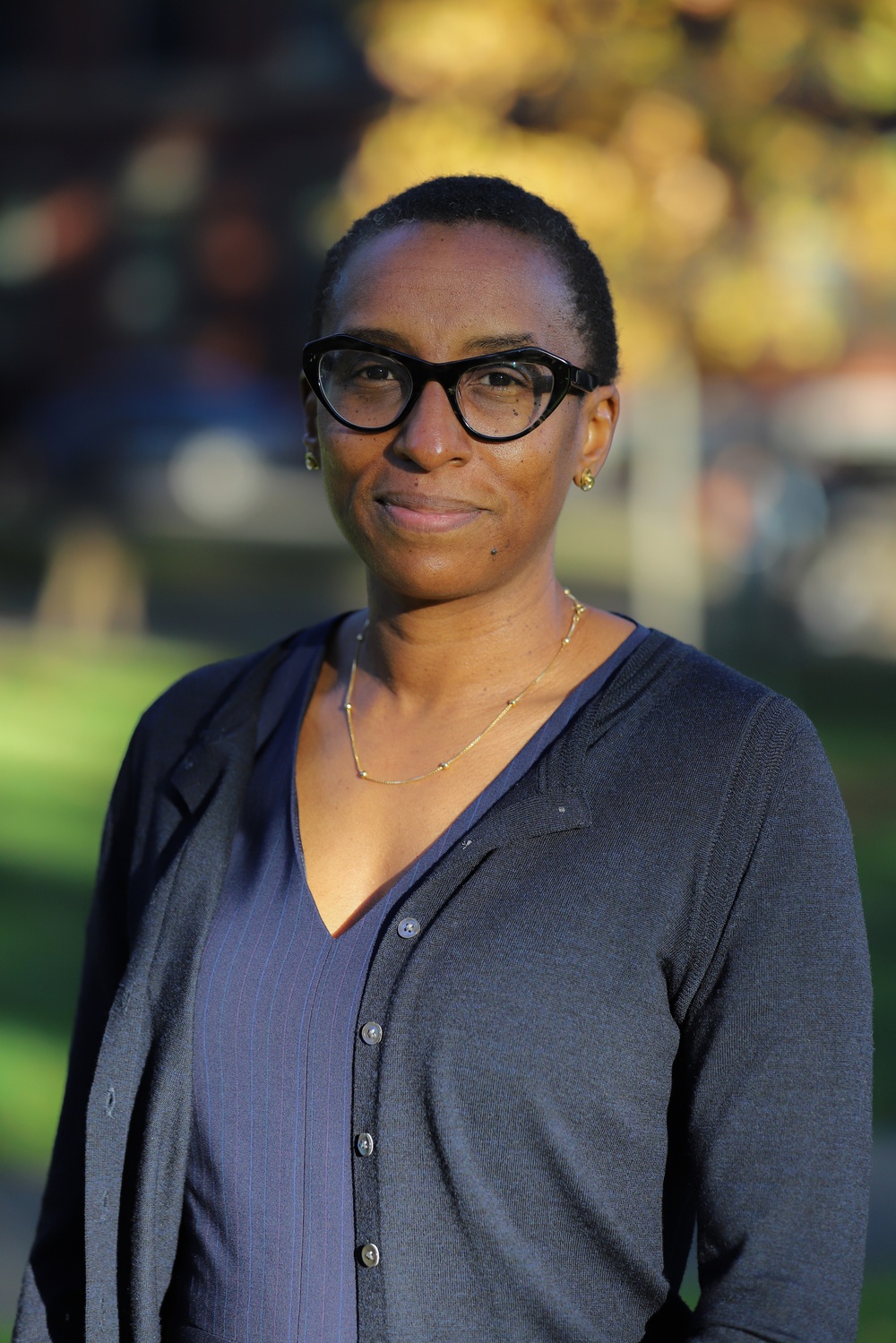 Dean of the Faculty of Arts and Sciences Claudine Gay poses in front of University Hall for a portrait in early November. By Josie W. Chen
By Meera S. Nair and Andy Z. Wang, Crimson Staff Writers

Despite a prolonged delay in the search for ethnic studies faculty, Dean of the Faculty of Arts and Sciences Claudine Gay said that “there’s no wavering of commitment” in her promise to hire a cluster of scholars in the field.

After decades of students and alumni activism on behalf of ethnic studies, Gay announced in June 2019 that the FAS would hire three to four senior faculty in Latinx, Asian American, and Muslim studies by the end of the 2019-2020 academic year — the first step towards establishing a formal ethnic studies program at Harvard.

The search for the faculty, which was paused in April 2020 due to COVID-19, has now stretched more than a year past that initial deadline. In October, Gay told The Crimson that she would “probably” update affiliates on the search progress by semester’s end.

In an interview on Wednesday, Gay said the search is “still underway,” though she declined to comment on whether any offers have been extended at this time.

“It's just the reality of the process that it takes time, and individuals also need to decide about whether or not coming to Harvard at this point in their career is the decision that they want to make,” Gay said. “So we need to respect their time as well.”

“We're very much on track across all of these hires,” she added.

Gay described the ongoing cluster hire, along with the recent donations from alumni to support Asian American Studies, as the starting point for recruiting “a critical mass of intellectual leaders” in ethnic studies.

When asked about the University’s plans for growing tracks in ethnic studies beyond Asian American Studies, Gay said she hopes that the recent gift serves as “a source of inspiration” to the “broader alumni community, who also may want to find ways to contribute.”

Additionally, she said the FAS is tapping into its $51 million surplus from fiscal year 2021 to “accelerate our efforts to attract and recruit diverse and exciting scholars across the full breadth of the FAS.”

Gay declined to comment on the potential suspension of the graduate program in American Studies, which is currently facing an external review from the Divisions of Social Science and Arts and Humanities.

Beyond faculty hires, Gay discussed the recommendations put forth by the Task Force on Visual Culture and Signage in its report, released earlier this week.

The report “really captures an inspiring and very ambitious vision for the future of our shared spaces,” she said.

Gay said she was “committing the resources that are necessary to refresh the visual culture” in the spaces the report identified as priorities for visual renovation — the FAS Faculty Room, Annenberg Hall, and the Graduate School of Arts and Sciences Student Center in Lehman Hall.

Gay also encouraged individual units, such as the College’s upperclassmen houses, to consider the report’s recommendations as they “reimagine their local spaces.”

“I hope it will generate its own momentum and encourage ongoing, active, intentional curation of our spaces,” she said.