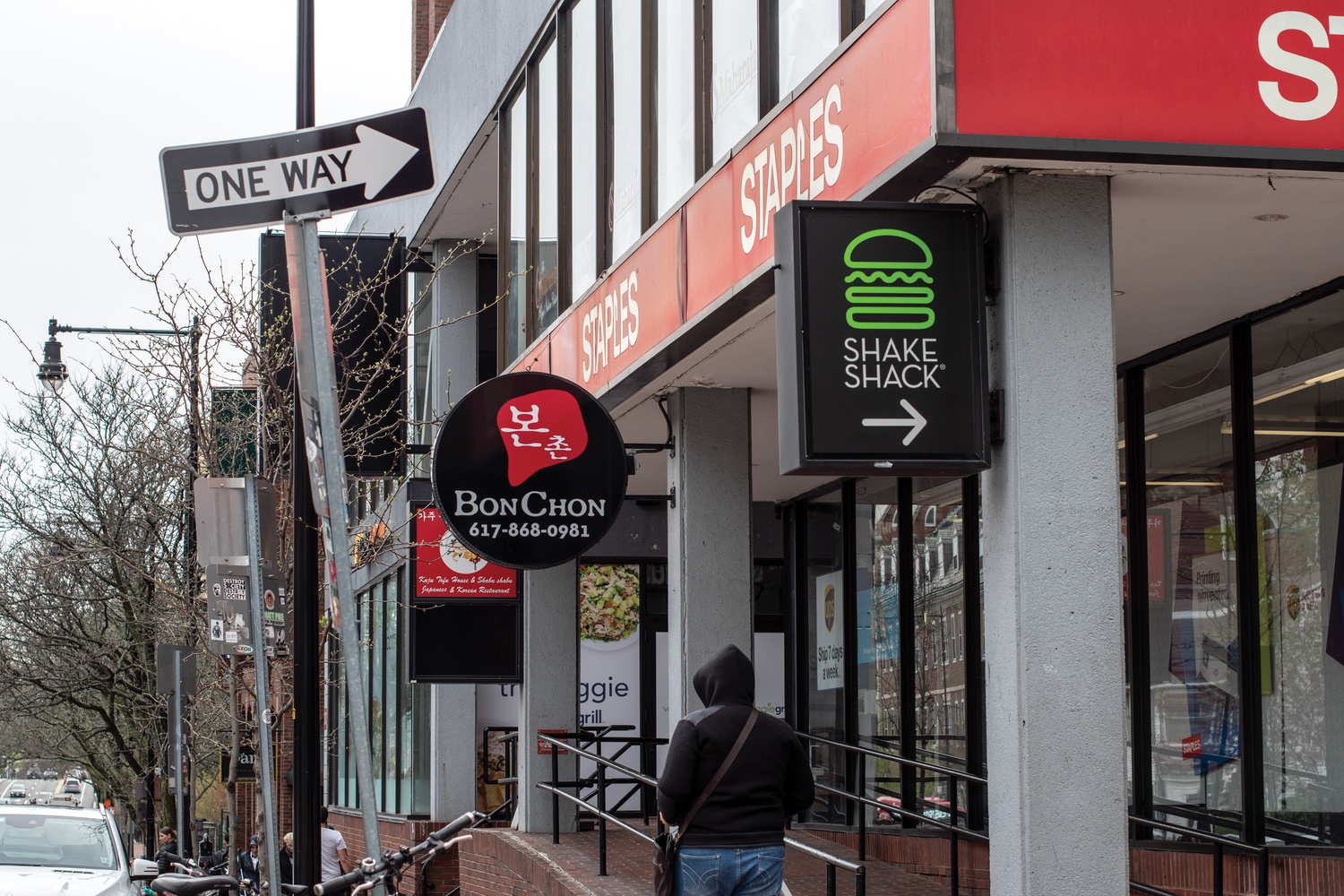 Plant-based, fast-casual eatery Veggie Grill invited a number of Cambridge residents to sample menu offerings Thursday in advance of its opening on Oct. 13.

Launched in 2006, Veggie Grill currently has 34 restaurants operating along the West Coast and is seeking to expand onto the East Coast, starting with the opening of its JFK Street location. Veggie Grill, which is based in California, first announced its new Harvard Square location in July 2018.

The menu will boast a variety of sandwiches, tacos, salads, and grain bowls, according to Veggie Grill CEO Steve Heeley.

Veggie Grill’s opening comes after a period of rapid commercial turnover in Harvard Square. Square hallmarks including Out of Town News, Flat Patties, and Black Ink have all announced that they will close by the end of the year. The new restaurant will replace Wagamama restaurant, which shuttered in July 2017.

Heeley said he is excited to extend his restaurant chain to Harvard Square and Cambridge residents.

“I’m an ex-Boston resident, and I just love this area. You have the Harvard students and faculty, and all the folks that work to support Harvard and the surrounding community,” Heeley said. “We’re excited to be here because we know there’s a lot of folks looking for modern, craveable, plant-based food.”

Emmanuel S. Runes, a resident of Cambridge who attended the event Thursday, said he is excited to see more options for affordable, plant-based offerings in Harvard Square.

“I think one of the biggest things that I find frustrating about the plant-based scene in Boston and Cambridge is the lack of options,” Runes said. “To have something here that’s relatively affordable, has big variety, and has more comfort fast food options is good for the plant-based movement as a whole.”

Veggie Grill has pledged to give a portion of its proceeds to Green Cambridge, a local organization centered upon advancing environmental sustainability, according to Green Cambridge’s Executive Director Stephen Nutter.

Nutter said he is excited to partner with the plant-based franchise.

“As soon as I heard what they were doing and what their mission was with bringing plant-forward food to people and showing how regular vegetables can be incredibly delicious, it seemed like a great partnership,” said Nutter.

Dozens of Cambridge residents packed into the restaurant Thursday for its soft opening.

Cambridge resident and event attendee Wendy Feign, a self-professed long-time supporter of Veggie Grill, said she has been waiting for more than a year for the franchise to open in Harvard Square.

“I’ve been going to Veggie Grill for about 7 years now on the West Coast,” Feign said. “When I found out it was coming, I immediately got the app and I’ve been counting down for like a year-and-a-half for it to get here.”

Matthew Ayer, a pilot and vegan Instagram influencer from Boston and Los Angeles, said he believes Veggie Grill’s offerings will appeal to vegetarians, vegans, and even carnivorous fast-food enthusiasts.

“If you’re a healthier plant-based vegan or you are into the more fast food food scene like burgers and fried chicken, Veggie Grill has everything,” Ayer said. “Veggie Grill really changes your perspective on what it means to eat vegan food.”

Denise A. Jillson, executive director of the Harvard Square Business Association, said that Veggie Grill staff have shown palpable enthusiasm for the opening.

“We know how special it is, but, you know, to have other outside people talk about how much they’re looking forward to being in the Square, you know, we were really pleased to meet them,” Jillson said.