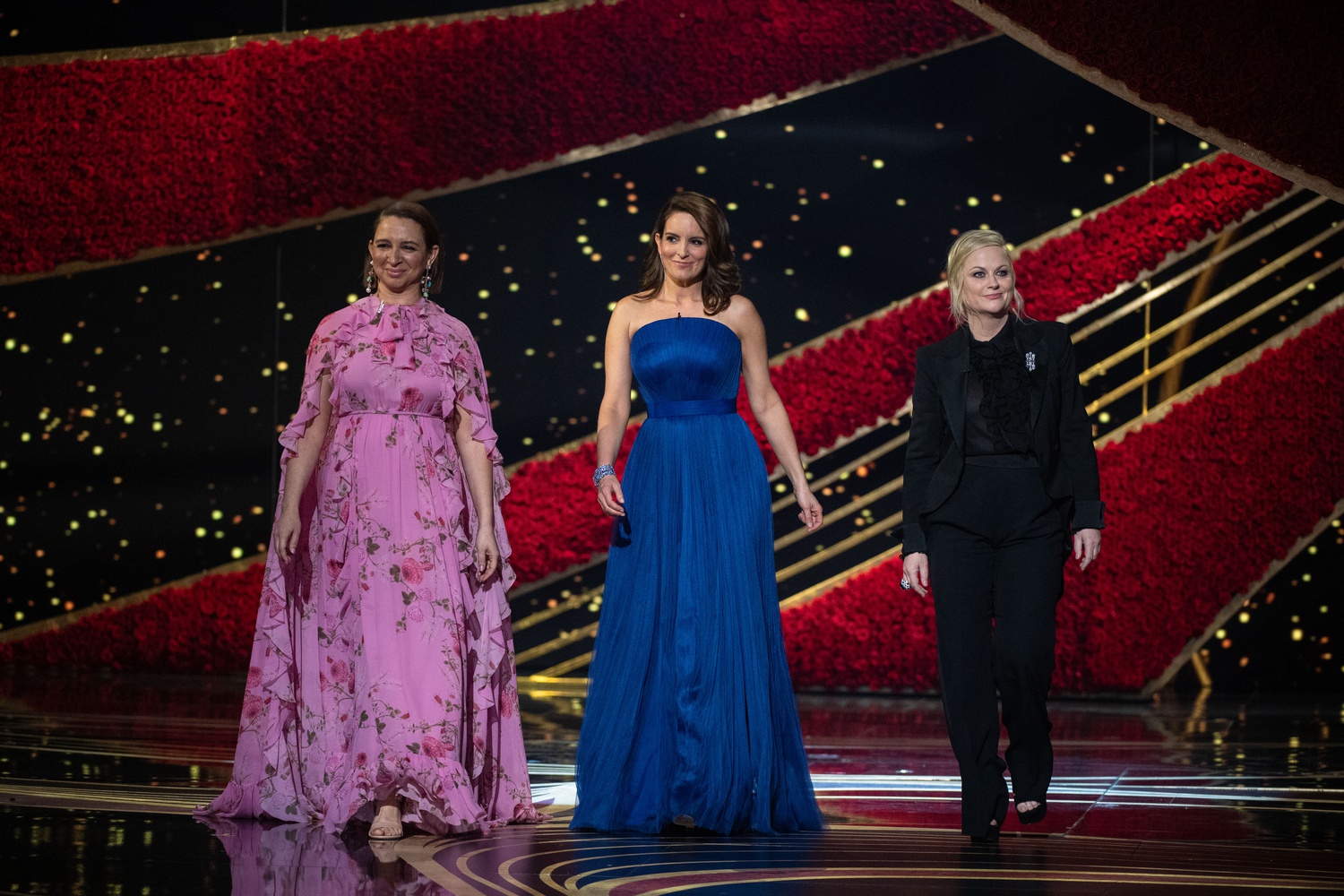 CAROLINE A. TSAI, 8:02 p.m.: So the 91st Oscars kick off with a performance of a Queen medley by Adam Lambert. The absence of a host is already palpably unpromising, but a “The Beauty of Cinema!” montage matched with a triumvirate of comedy royalty feels like an auspicious start, given the circumstances. “We are not your hosts,” admits Tina Fey, before she, Maya Rudolph, and Amy Poehler launch into a full-scale comedy routine, replete with a photo op and rapid-fire impressions of the nominees. The natural rapport of the SNL alumni definitely feels like a what-could’ve-been moment, in terms of hosts. 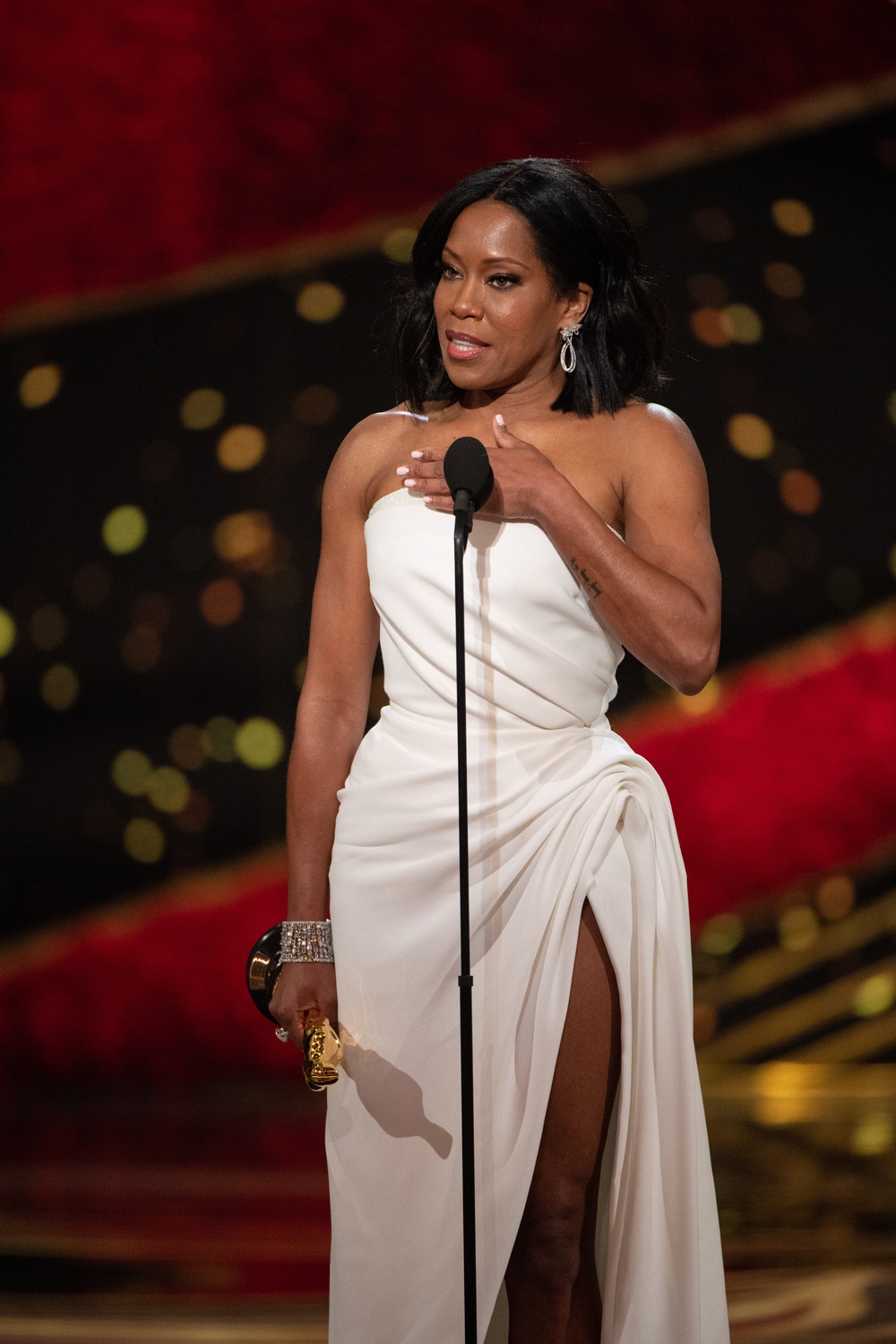 Regina King accepts the Oscar® for performance by an actress in a supporting role on Feb. 24. By Courtesy of Aaron Poole / ©A.M.P.A.S.

CLAIRE N. PARK, 8:12 p.m.: Regina King (“If Beale Street Could Talk”) wins for Best Supporting Actress and gives a deeply touching speech. There’s something missing without the awkward patter of a host in between announcements, but the speeches don’t feel as rushed as they normally do.

CAT, 8:14 p.m.: Brutal smash cut to Amy Adams. Regina King was deserving, to be sure, but when will Amy Adams get her due? 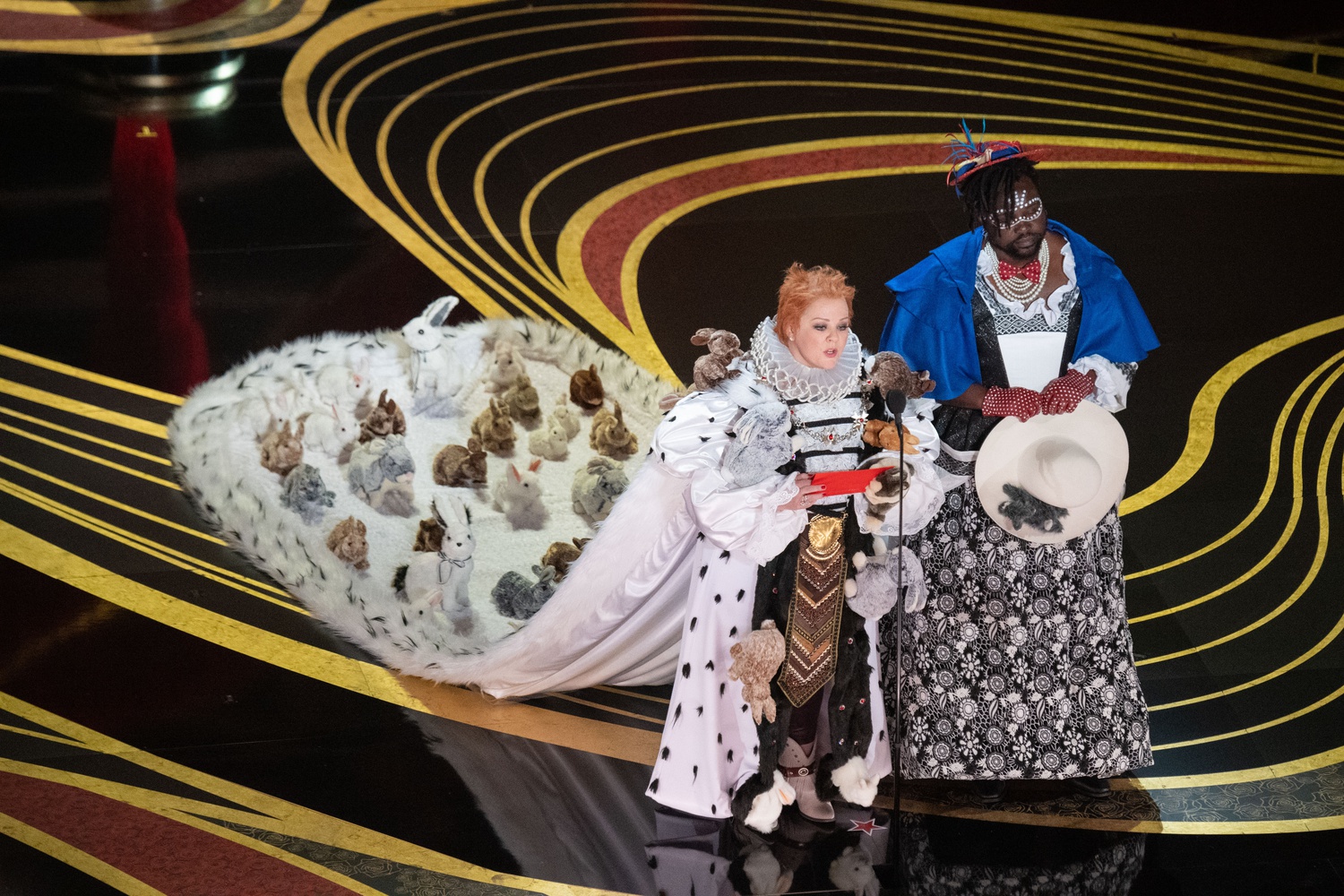 Melissa McCarthy and Brian Tyree Henry present the Oscar® for achievement in costume design on Feb. 24. By Courtesy of Kate Noelle / ©A.M.P.A.S.

The Best Makeup and Hair Styling and Best Cinematography awards are presented — during the ceremony, not during commercial breaks, as the Academy had controversially announced earlier this month. Best Costume Design and Best Production Design are also presented.

LUCY WANG, 8:26 p.m.: That sparkly dress! Not a lot of people would pull it off, but [Kate Biscoe, make-up artist and stylist for “Vice”] does.

CAT, 8:29 p.m.: Oh my god. Melissa McCarthy and Brian Tyree Henry’s “The Favourite” homage. The zoom-in on the hand puppet bunny. Who designed these? Can there be a separate award for this? McCarthy rocks the 17th century garb, in her words, “in the subtlest, subtlest of ways.”

CNP, 8:37 p.m.: I spoke too soon! The winners for Best Makeup and Hairstyling were ushered off stage when their speech went on for too long.

CET, 8:39 p.m.: Is it weird that the stage design is kind of in the shape of Donald Trump’s hair? I’m kind of triggered, but…I guess I’ll allow it.

KSK, 9:08: Someone needs to stop Ethan from talking to himself.

EBR, 9:20 p.m.: Giving Film Editing to “Bohemian Rhapsody” is a way for the Academy to flip off Bryan Singer.

CNP, 9:31 p.m.: “Spider-Man: Into the Spider-Verse” just won Best Animated Feature! It’s been a critic favorite and a universal crowd-pleaser, but this was such a stacked category. “Isle of Dogs,” “Incredibles 2,” and “Ralph Breaks the Internet” were amazing and inventive in their own ways, so I’m glad someone had to make this choice for me.

CAT, 9:33 p.m.: Michelle Yeoh — and literally everyone else — predicted this win! 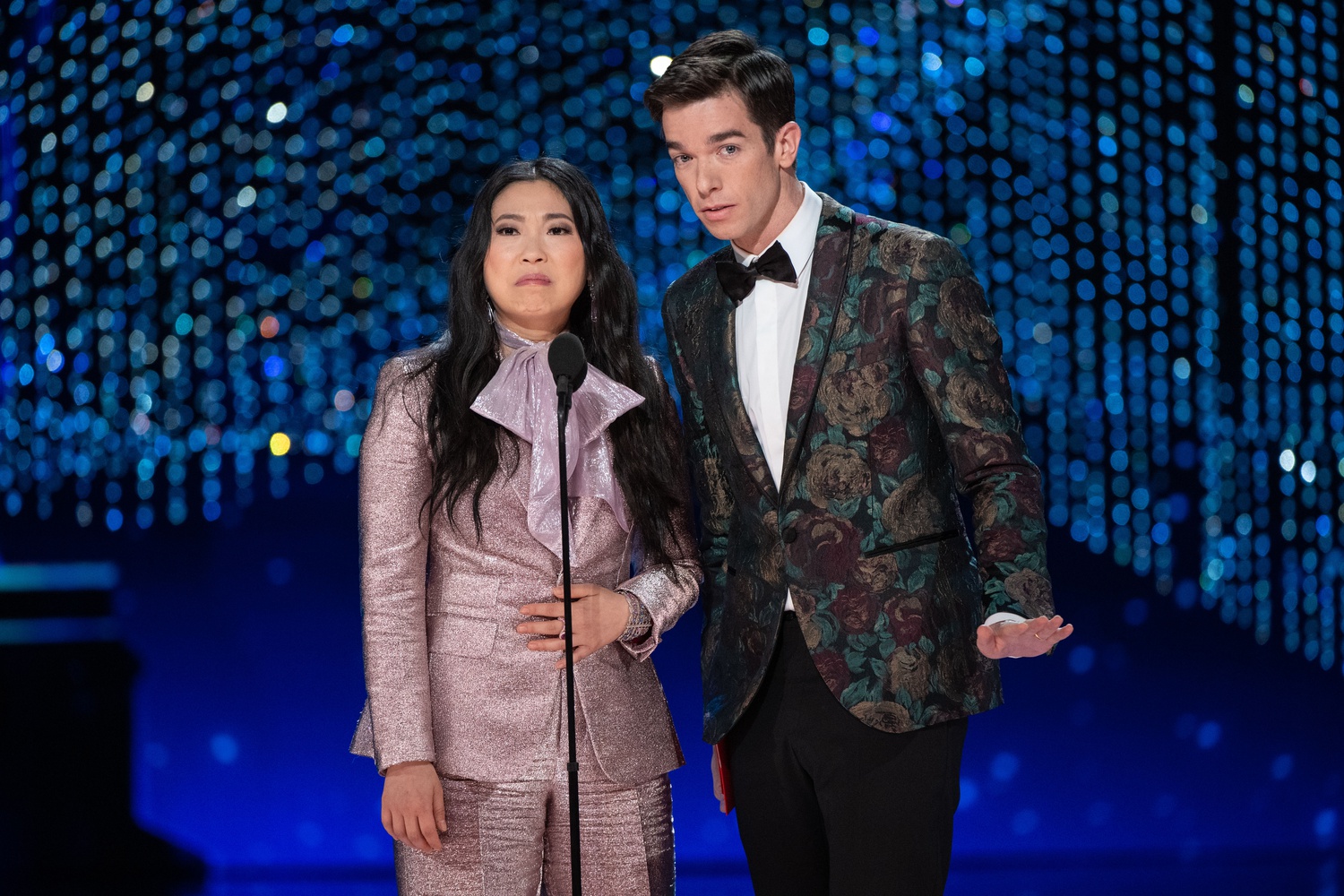 John Mulaney and Awkwafina present the Oscars for shorts.

EBR, 9:56 p.m.: Caroline… Should we turn off the ceremony and just talk for a while? 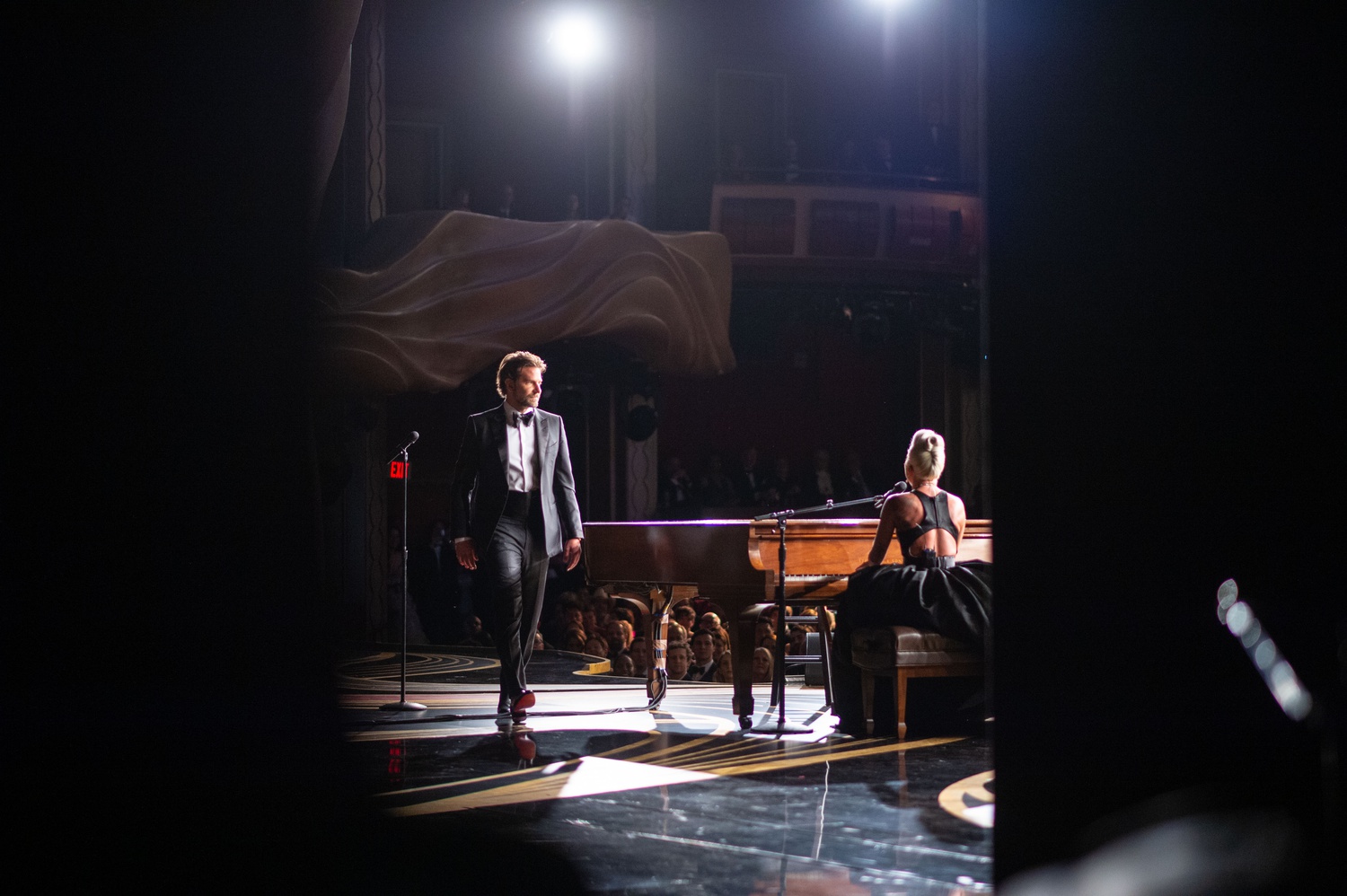 Bradley Cooper and Lady Gaga perform "Shallow" on stage during the live ABC Telecast of The 91st Oscars®. By Courtesy of Matt Petit / © A.M.P.A.S.

Bradley Cooper and Lady Gaga perform an intimate duet of “Shallow,” from “A Star Is Born.”

ALLISON J. SCHARMANN, 10:02 p.m.: I wanna respond to whoever asked how Bradley Cooper’s wife is feeling: not good.

EBR, 10:15 p.m.: Regardless of whether it’s good, “BlacKkKlansman” is gonna win. They generally give screenplay awards to directors who can’t win Best Director because their movies are too political or controversial or good. 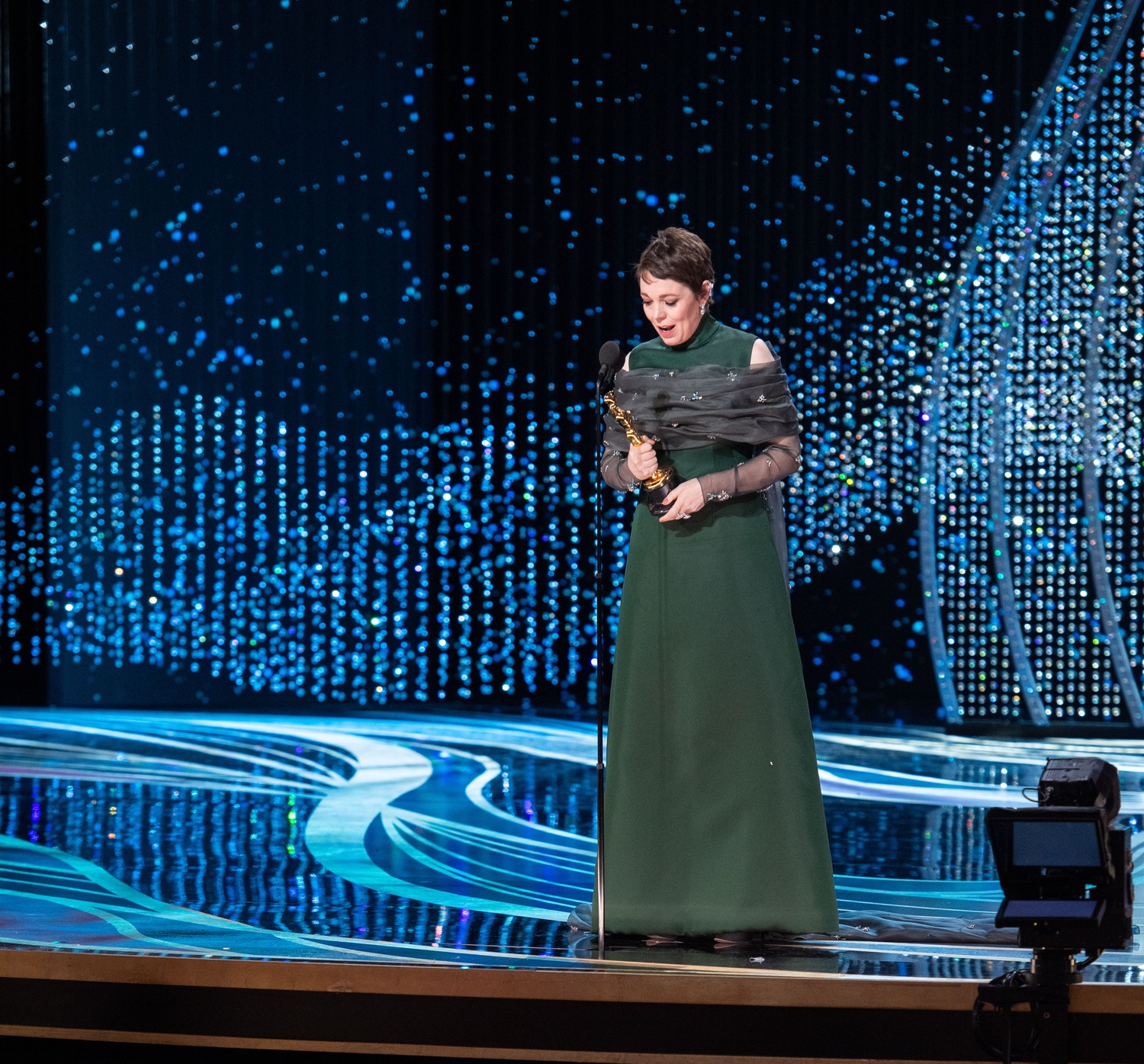 Olivia Colman accepts the Oscar® for performance by an actress in a leading role during the live ABC Telecast of the 91st Oscars®. By Courtesy of Valerie Durant / ©A.M.P.A.S.

CAT, 10:46 p.m.: Rami Malek wins Best Actor. He was the favorite of this award season, so this is pretty expected.

ASJ, 10:49 p.m.: He’s like one of those theater kids you date in college because he’s so into the art. And then it all goes wrong. 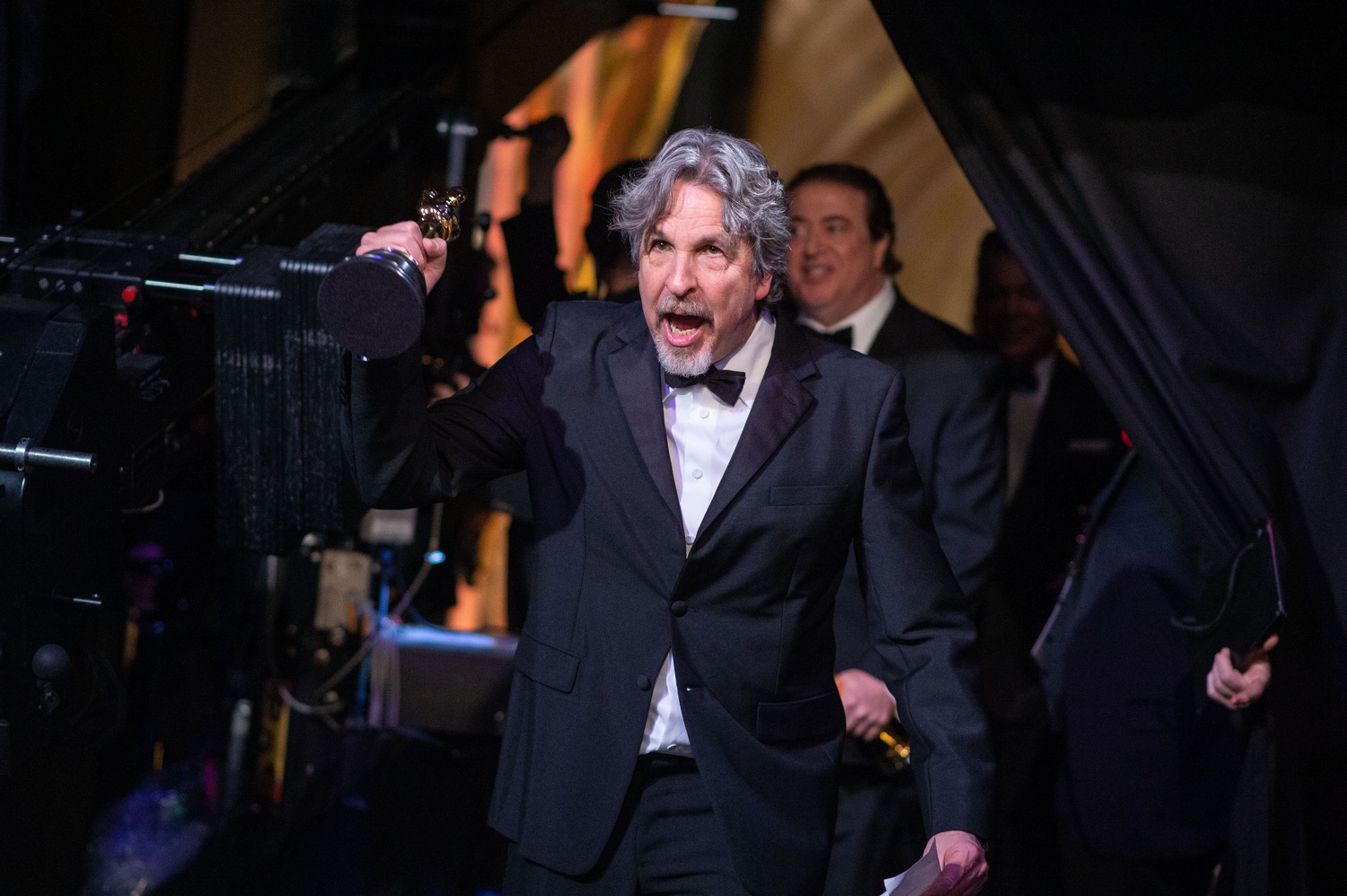 Peter Farrelly accepts the Oscar® for original screenplay at the 91st Oscars. By Courtesy of Matt Petit / © A.M.P.A.S.

And finally, Best Picture is presented to “Green Book.”

EBR, 11:15 p.m.: I demand that the Oscars producers cut to Spike Lee during this travesty of an acceptance speech.

EBR, 11:30 p.m.: All I can hang on to to stave off depression is Olivia Colman continuing her long streak of being a treasure.