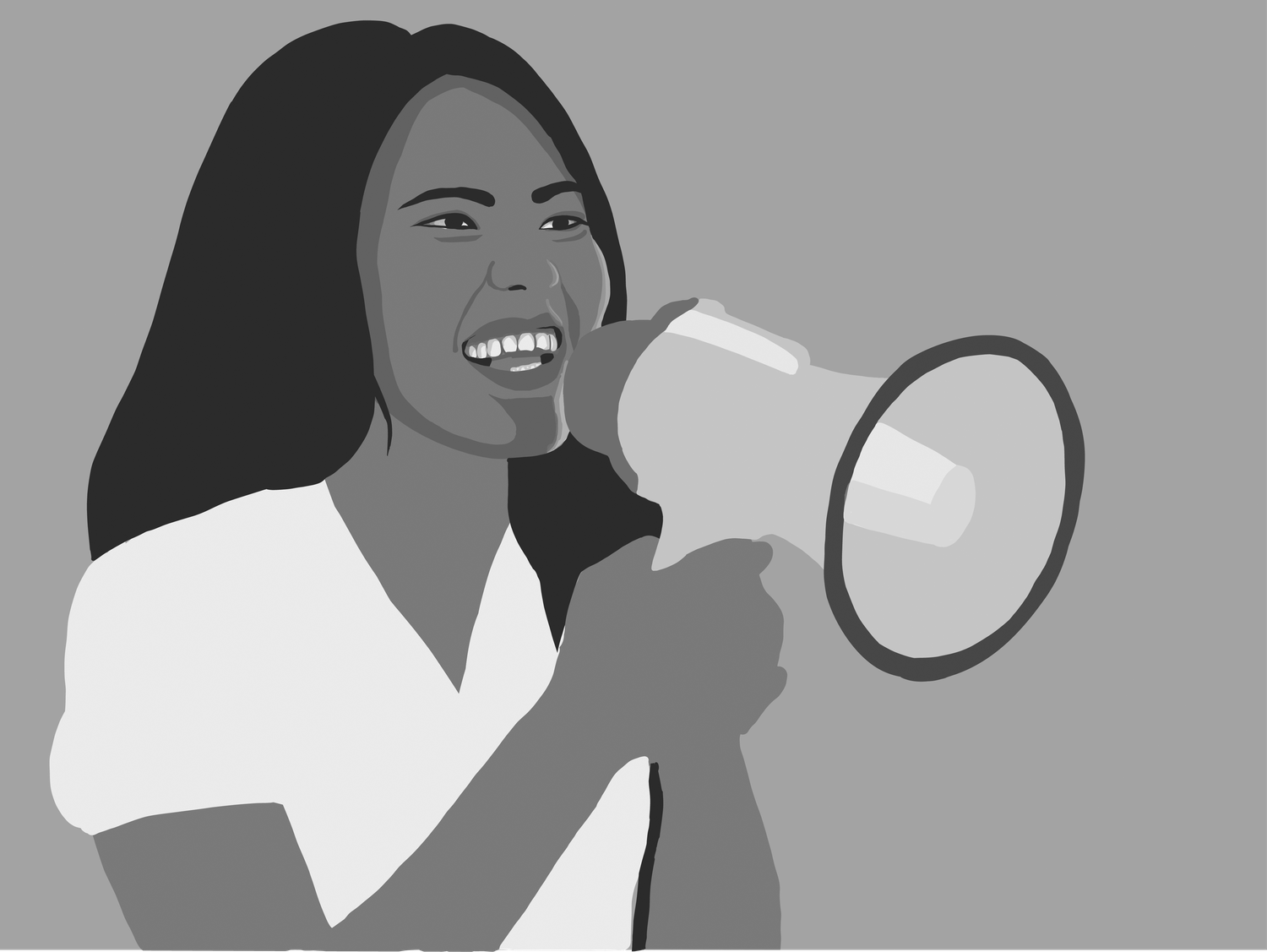 There has been no shortage of student protest and action on Harvard’s campus this past year. With student groups and activists galvanizing around a plethora of community issues — divestment, unionization, House administration, climate change, and campus flora, to name a few — student activists and groups have pushed to have their voices heard using an ever-expanding variety of tactics and methods. As activism continues to take on larger and more pressing forms on this campus, we believe it is important to reflect deeply on its efficacy and role on campus.

Though this year is home to increased visibility and dynamism of student protest, this momentum — in a sense – is far from new. Half a century ago, some of the largest and most renowned student protests Harvard has ever seen made waves across campus, complete with strikes, boycotts, and the occupation of both University Hall and Harvard Stadium — actions that prompted the involvement of city and state police. Since 1969, activism has become an undeniable facet of the Harvard experience, steadily shaping student life.

The protests of this past year, however, are distinct from their predecessors. Despite the fact that the administration has established institutional channels — forums, climate surveys, and committees — to address student discontent, the recent uptick in activist energy points to the University’s inability to effectively gauge and respond to students’ opinions. Even with administrative attempts to funnel student discontent elsewhere, activism seems to once again be heating up, approaching yet another peak in protest.

The student-led protests calling for the removal of Winthrop House Faculty Dean Ronald S. Sullivan, Jr. after he joined the defense team for accused rapist Harvey Weinstein in his Manhattan sex abuse case are evidence of the newfound scope and variety of these methods. Students, who charged that Sullivan’s choice of representation was inconsistent with maintaining effective leadership of Winthrop, organized protests, teach-ins, and sit-ins throughout the spring semester. Additionally, students penned op-eds in these pages — many of which were in pursuit of Sullivan’s removal. Dean of the College Rakesh Khurana announced he would not renew the contracts of Sullivan and his wife, Stephanie Robinson, earlier this month because the environment of the House was “untenable.”

In attempts to combat investments that some Harvard affiliates deem immoral or destructive, activism surrounding divestment from fossil fuels and the prison industrial complex have taken on a variety of forms on this campus. Student activists have interrupted forums and summits, organized a week-long series of advocacy events titled “Heat Week,” rallied across the University, held panels with a diverse array of speakers, garnered endorsements beyond Harvard affiliates, and “flooded” Harvard Yard in a rally involving Cambridge City Mayor Marc C. McGovern and Cantabrigians.

This year of heightened protest has not been confined to the College; intensified calls for change have extended to Harvard’s graduate schools as well. As the University moved to fell a century-old oak tree, graduate students at the Divinity School and other schools protested, mobilizing community meetings and new arborist assessments of the tree to try to stop the process. In the midst of five-hour biweekly contract negotiation meetings with both union and University representatives, Harvard Graduate Students Union-United Automobile Workers have rallied, petitioned, occupied University Hall, and aired video advertisements on prime-time television. Through all of these methods, student groups and activists have continued to put pressure on the University to listen to their concerns, seriously reckon with the arguments and research that protesters have brought to bear, and — hopefully — bring about meaningful change.

Activists must keep Harvard under pressure. These kinds of student movements — born out of frustration, centered around issues affecting not only our student body but the nation and the world at large — are vital in reaffirming the power that the engaged voices of changemakers has in shaping broader society. As student journalists, we believe strongly in holding our University accountable for living up to the values it espouses and for preserving an ethical system in fulfilling the role it aspires to play in producing the future leaders of the world.

The role of activism is to challenge the prevailing order and understanding of current norms. The best way to do this is to articulate values and goals with as much moral clarity as possible. Particularly in the context of an educational environment like our campus, the pedagogic value of presenting an argument in its best, purest form should be understood as a valuable contribution by all its affiliates — even those who disagree with it.

We commend students for their willingness to dive into the subjects of their movements and for putting immense amounts of labor into their various protest activities. Student activists and advocacy groups alike have exhausted themselves physically, mentally, and emotionally in their struggle for change throughout the past year. As efforts continue to differentiate in content and scale, activists should be mindful and prioritize their own well-being as their participation in protests take on more demanding forms.

As we reflect on this year’s activism and the strides it has made on campus, it is crucial to consider which forms of protest have effectively serviced the mission of these movements and which have not. When it comes to strategy, student activists must evaluate the means by which they choose to express their opinion and whether they may be the most productive means of doing so.

We want to celebrate activism’s place on campus as a means to spark change and incite meaningful discourse. Yet some means of protest — such as the Winthrop graffiti calling for Sullivan’s removal and the HGSU-UAW’s airing of commercials to push the University on third-party grievance procedures for sexual harassment and discrimination complaints — may be not the most effective way in communicating the need for these changes. Students must consider the broader implications of their actions and the precedents that they may set for future activists looking to engage in constructive change and dialogue with the University in years to come.

That said, we do not want to minimize or belittle the legitimacy of students’ frustration at an administration that has been reluctant to engage with them constructively. Students can and must continue to pursue various avenues to ensure they are heard. But methods that do not prioritize civil discourse have disadvantages that draw attention away from vital issues at hand. Furthermore, these less productive tactics allow critics to avoid engaging with the subject of protest by attacking the means of protest or the character of the protesters themselves. Such actions, in effect, hand free ammunition to opponents and allow them to move the conversation away from the inconvenient moral truths that protest seeks to articulate. We continue to reaffirm our stance that civil discourse should be a value to which activists remain committed. Tangible and significant change has come, and can come again, from acts of protest that inform and engage in discussion with opposing views.

Harvard must also reflect on the utility of its current practice of dismissing student opinion by not making the effort to produce timely and thoughtful responses to its students, staff, and faculty. It is clear that the University’s weather-worn responses of incessant surveys and committees is long overdue for an update. Harvard must do its part to ensure that students have options to express their opinion through meaningful administrative channels and legitimate, peaceful protest, without feeling the need to turn to counterproductive or illegal methods. Administrators should take note of this discontent and use it as the impetus for a comprehensive evaluation and subsequent reformation of these processes if they seek to quell the intensified tide of protest on this campus.

Activism on this campus is a powerful tool for change, provided it adds to discussions in productive and meaningful ways. In 1969, this campus saw students, faculty, staff, and the broader Harvard and Cambridge radius come together and demand change on this campus. Their actions stand as a lasting example of the University’s capacity to undergo change. Fifty years later, students — and their allies across Harvard — are again overcome with a sense of urgency to force Harvard to reckon with and move forward from the status quo.

The challenges we face at Harvard and beyond its gates are immense. Harvard should recognize and celebrate the energy that protesters bring in demanding solutions. We support students and activists. We support protests that seek to rectify injustice at Harvard and across the world. We support a culture of empowerment where people feel they can stand up and articulate issues with moral clarity in an environment where they know they will be heard and respected.