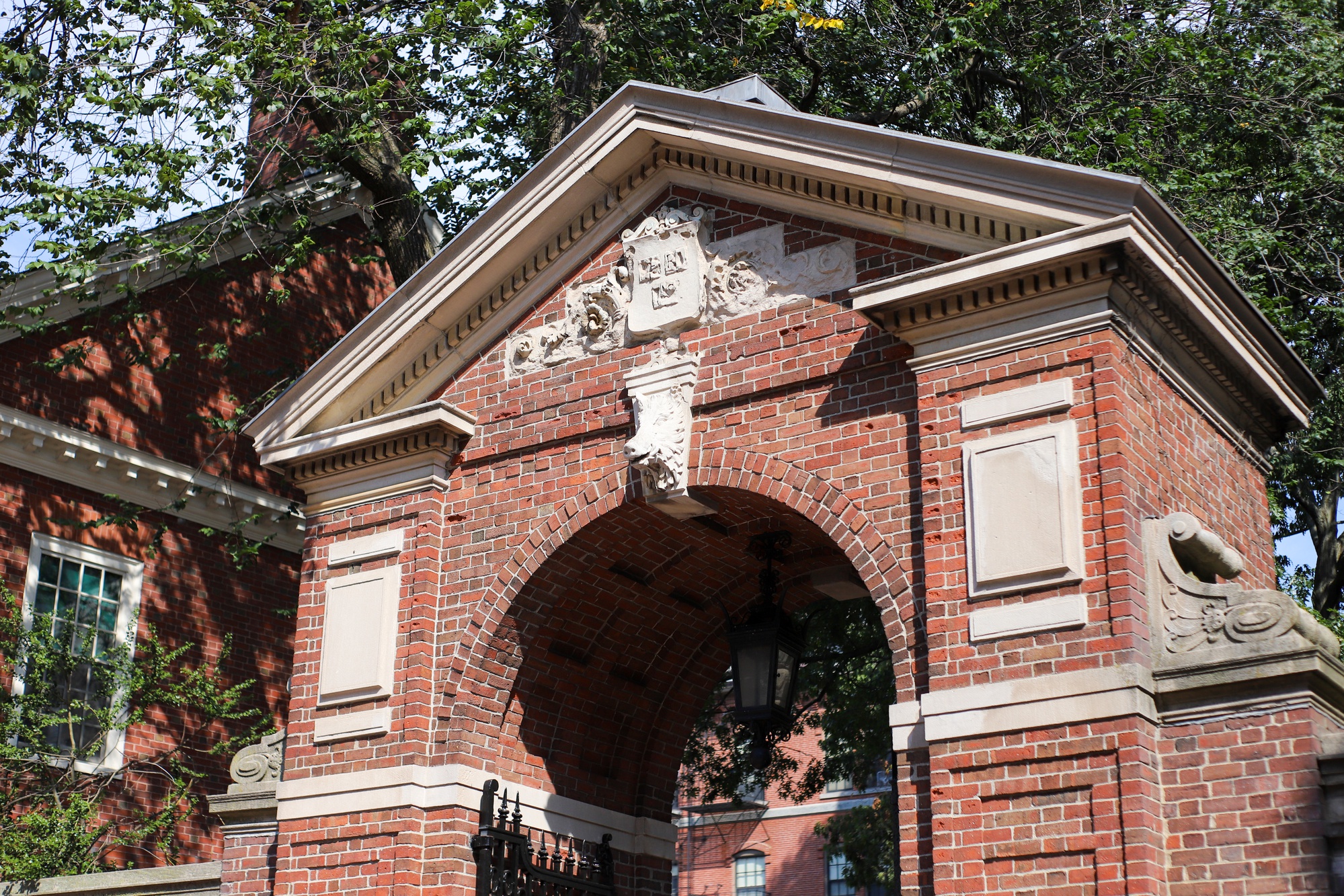 One of the various gates on Harvard's campus bearing a final club logo. Definitely not the gate we interviewed for this article. This gate is a different gate.
By Declan J. Knieriem, Crimson Staff Writer

In May 2016, University administrators imposed punitive sanctions on members of final clubs, sororities, and fraternities — a move that shook the social foundations of Harvard College during the latter half of the decade.

The controversial sanctions — which took effect with the Class of 2021 — bar undergraduate members of single-gender social organizations from captaining athletic teams, holding leadership positions in certain student groups, and receiving College endorsements for prestigious fellowships like the Rhodes and Marshall.

Though some clubs’ actions had troubled the University for decades — with former University President Drew G. Faust decrying “privilege and exclusion at odds with our deepest values” in the sanctions announcement — the contentious policies first came soon after the release of a major report on campus sexual assault. In the March 2016 report, the University’s Task Force on Sexual Assault Prevention castigated all-male final clubs as “vestige[s] of gender inequity” on Harvard’s campus that represent “deeply misogynistic attitudes” and “sexual entitlement.” The task force ultimately recommended that the University implement restrictions on final clubs or force them to become gender-neutral.

In response, the Porcellian Club — the most historic and tight-lipped of the social groups under threat — commissioned a professional statistical analysis that fiercely rebutted administrators’ conclusions. In the debates that followed the sanctions announcement, the University backpedaled on its sexual assault prevention argument and shifted its justification to “non-discrimination.”

The College’s policy change began to take shape in a flurry of closed-door discussions over the following months. Soon after the task force’s report was released, Dean of the College Rakesh Khurana proposed the idea of sanctions in meetings between final club leaders and Harvard administrators. Tensions also began to rise as clubs resisted proposals for change.

The situation came to a head when Faust officially announced the sanctions in May 2016, formally accepting Khurana’s recommendations. The move marked a historic policy reversal for the University, which for decades had largely chosen to steer clear of involvement with final clubs and Greek groups. In 1984, Harvard issued a similar ultimatum for clubs to go co-ed, prompting mass disaffiliation from the University.

Many students responded critically to the new social group policy, and public outcry included campus protests. The sanctions also drew the ire of faculty, with some going so far as to submit opposition proposals — which were ultimately unsuccessful — to the Faculty of Arts and Sciences. Though additional committees convened to possibly “revise or replace” the sanctions, the Harvard Corporation — the University’s highest governing body — put an end to the debate with a decisive December 2017 vote to keep the policy intact.

Coping with the sanctions in the years that followed, clubs responded with a variety of attitudes ranging from cooperation to outright opposition. After students showed waning interest in some social groups, other newly gender-neutral organizations saw a significant bounce in membership interest. Every single all-women’s social club eventually opted to go co-ed, though Harvard’s chapter of Alpha Phi later returned to campus as a single-gender group after a several-month hiatus.

Meanwhile, several male-only fraternities and final clubs — including the Porcellian, the A.D., the Fly, the Owl, and the Phoenix S.K. — continue to function in defiance of Harvard’s rules.

At least one such organization flirted with co-ed status at several points but ultimately has chosen to remain all-male. After allowing nine female undergraduates to join as “provisional” members, the Fox Club revoked their status. The club has since reconsidered its gender-exclusive policy several times, but — facing resistance from its graduate board — has yet to approve a lasting proposal.

The College’s Administrative Board is charged with enforcing the sanctions' penalties on individual students acting in violation of the guidelines. However, the Dean of Students Office announced in the fall that it will also discipline extracurricular groups whose leaders or officers are members of unrecognized single-gender social organizations.

Discontent with the new policy reached a boiling point in late 2018, when a group of fraternities, sororities, and anonymous students brought two lawsuits against the University — one in federal court and one in Massachusetts state court. The federal filing accused Harvard of breaching Title IX, a federal law designed to protect against gender-based discrimination in education.

After initial sparring over motions to dismiss the case, a judge ruled in Aug. 2019 that the federal lawsuit will proceed with a subset of the original plaintiffs. As the discovery phase of litigation begins, the case is set to continue toward a potential trial.

The ongoing battle over sanctions has even reached Capitol Hill. After a years-long lobbying effort on behalf of single-gender social groups, some lawmakers introduced legislation that may imperil Harvard’s ability to enforce the social group policy. One bipartisan proposal, supported by United States Representative Elise M. Stefanik ’06 (R-N.Y.) and Representative Ruben M. Gallego ’02 (D-Ariz.), gained approval from a House committee last fall. The bill’s future, however — much like the sanctions’ — remains uncertain.